15 Neighbourhoods To Avoid in Toronto 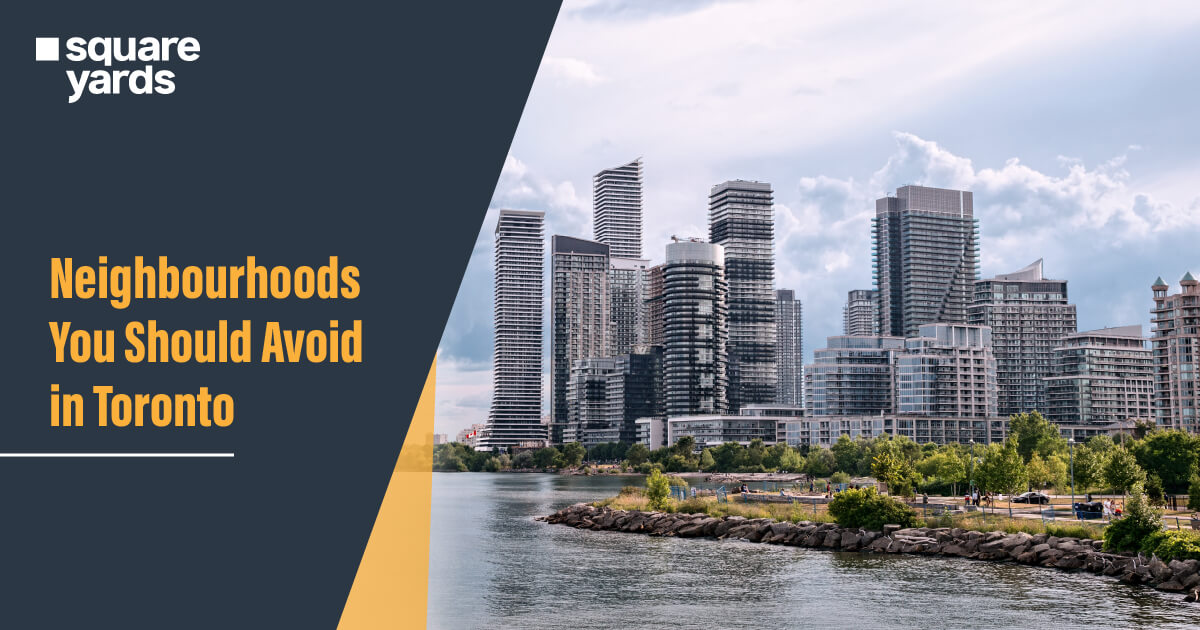 Why is Toronto Becoming More Criminal? 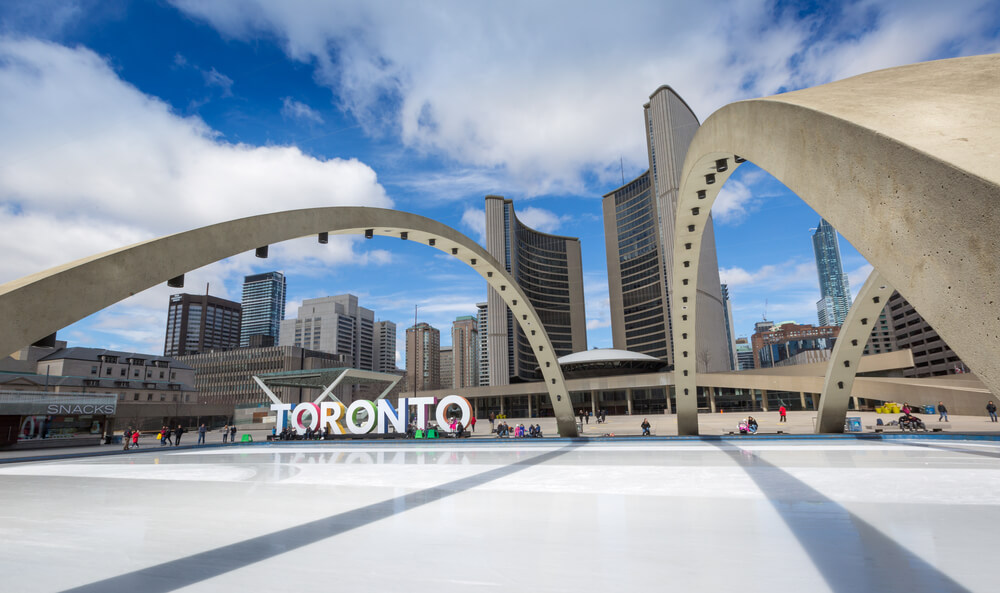 According to the 2022 Numbeo.com ranking, Toronto’s crime index is 41.24. Even though this is a below-average rate, Toronto does have a higher crime rate than Montreal, Ottawa and Vancouver. For the past ten years, there has been an increase in criminal cases leading to these unsafe neighbourhoods in Toronto. Due to multiple violence and gun crime, there has been an increased feeling of insecurity. There’s also a gang phenomenon developing, one of which is the famous MS 13. This has led to an increase in criminal activity in the city.

Neighbourhoods To Avoid in Toronto

We’ve listed the worst Toronto neighbourhoods that you should avoid based on the crime rates and violence.

In downtown Toronto, Regent Park is one of the most dangerous ones on this list. During the development process, this area was created to provide cover for poor citizens, not with a permanent intention. However, as time passed, Regent Park was no longer a transitional area. From improper housing to poor education, multiple problems are faced by the people. 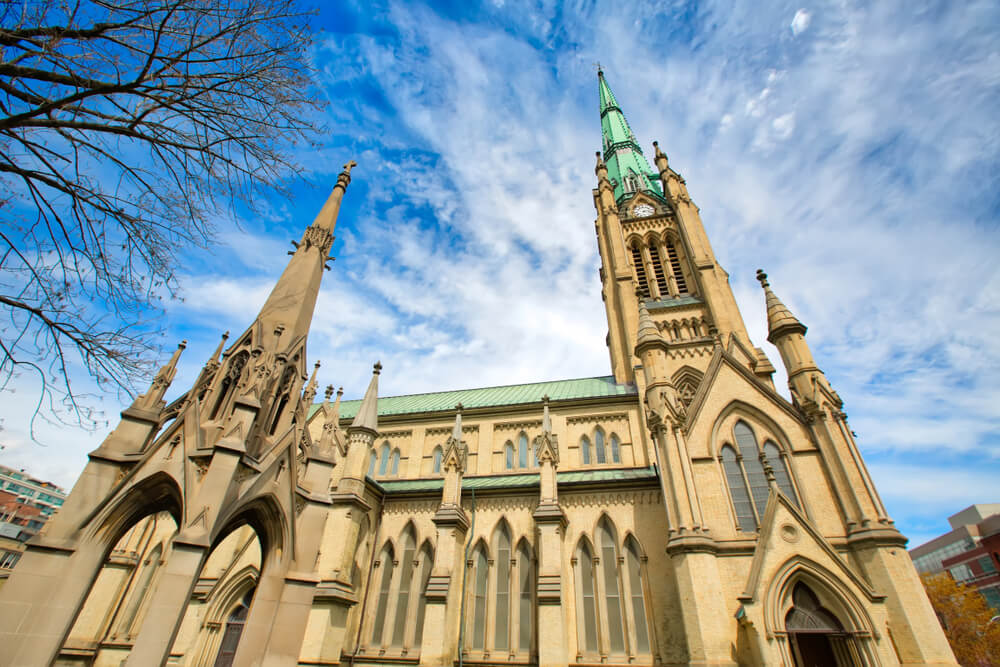 St. James Town is one of the most densely populated areas with the largest high-rise community. Located between Parliament Street and Sherbourne Street, the crime rate in St. James Town is not as high as in Regent Park. Previously, it used to be one of the best Places to visit in Toronto, but now it is one of the poorest towns you’ll come across. 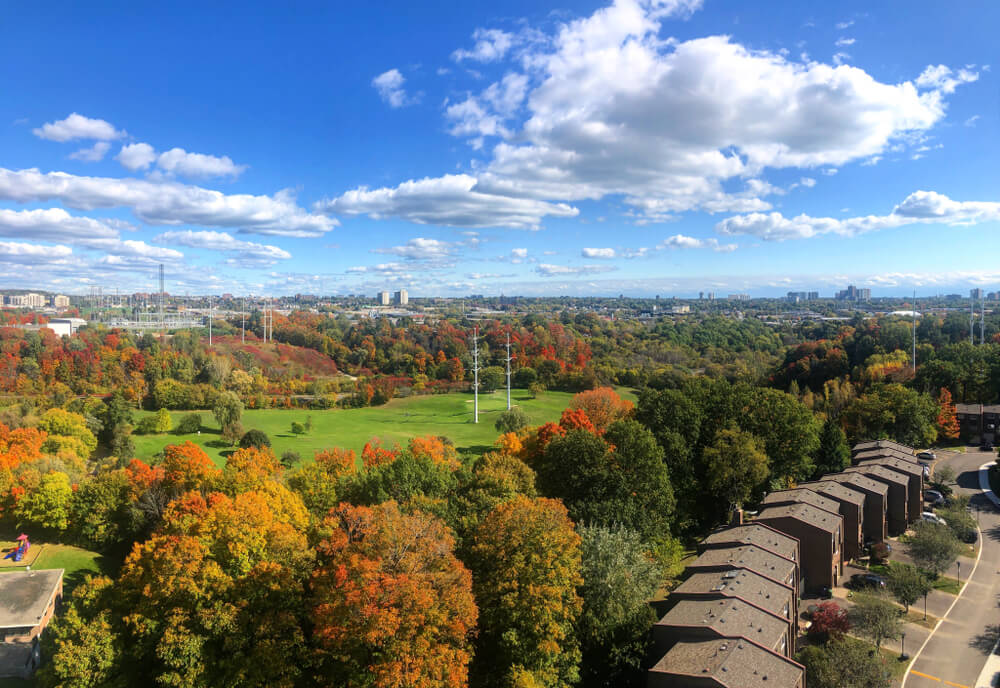 Flemingdon Park is situated in the former city of North York. Some of the high schools in Flemingdon have even made it onto the list of schools with high crime rates. As a result of poor security, the crime rate is 4.19 per 1000 people and 6 crimes per 1000 properties. 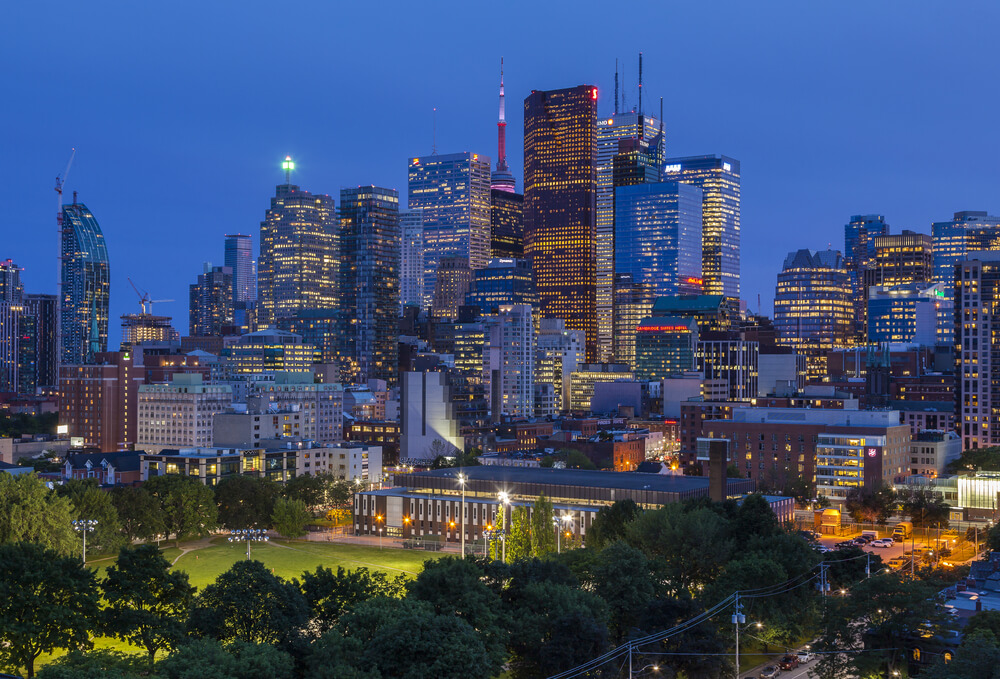 Located in the South of Dundas Street and the area around Parliament Street, Moss Park hold a high record in term of property crime. The average crime rate is 20.81 per 1000 people and 45.94 per 1000 properties.

Weston has a lot of streets and is an independent town named the Town of Weston. The crime rates are classified based on the street and region.

The region has a lot of high-rise buildings, office towers, and apartments, while the centre is filled with restaurants, stores, and bars. Bloor Street, Queen’s Park Avenue, College Street, and Yonge Street have shown a record rate of 4 per 1,000 people and 12.51 against properties.

The Beaches are situated on the east side of Queen Street. This commercial district has a crime rate of 7.8 per 1,000 people and property. This area is popularly known for the beach and single-family homes.

Located in the west end of Toronto, Little Portugal is sometimes called ‘Old Toronto.’ The area surrounding the College, Brick, Landsdowne, and Dundas has a crime rate of 8.69 against people and 23.22 against properties.

The Forest Hill South neighbourhood consists of single-family homes and big families. The crime rates are high due to the increase in large homes, which are the main attractions for robbers who can get a big amount from robbing large houses. 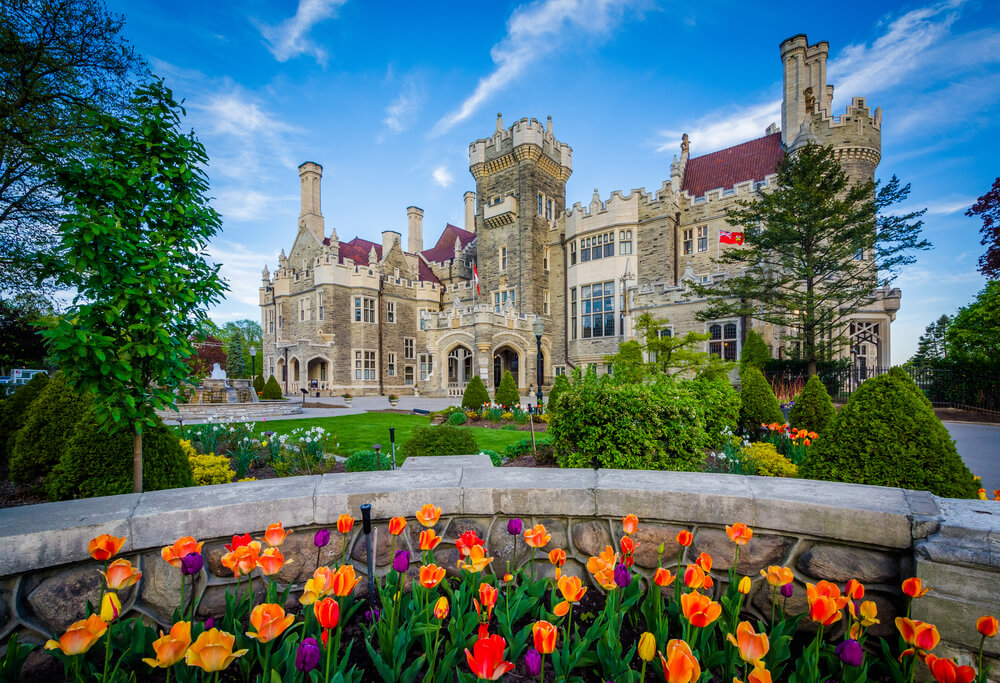 Located in Casa Loma, this city experiences an average crime rate of 5.93 per 1000 people and 29.23 against properties. Casa Loma borders Bathurst Street in the west, Spadina Road in the east, the railway tracks in the south, and St. Claire Avenue in the north. For some extra safety, you should have a proper conversation with the people living in the area. Figure out how they operate, and if it doesn’t seem right for you, you can find a better place.

Annex is also situated in Downtown Toronto, between Bloor and Dupont Streets. Located close to the life in Toronto University campus, many students live in the area. Professionals and single-family homes are found in multiple numbers. Annex is highly populated and has a crime rate of 8.16 per 1000 people and 23.75 per 1000 properties. 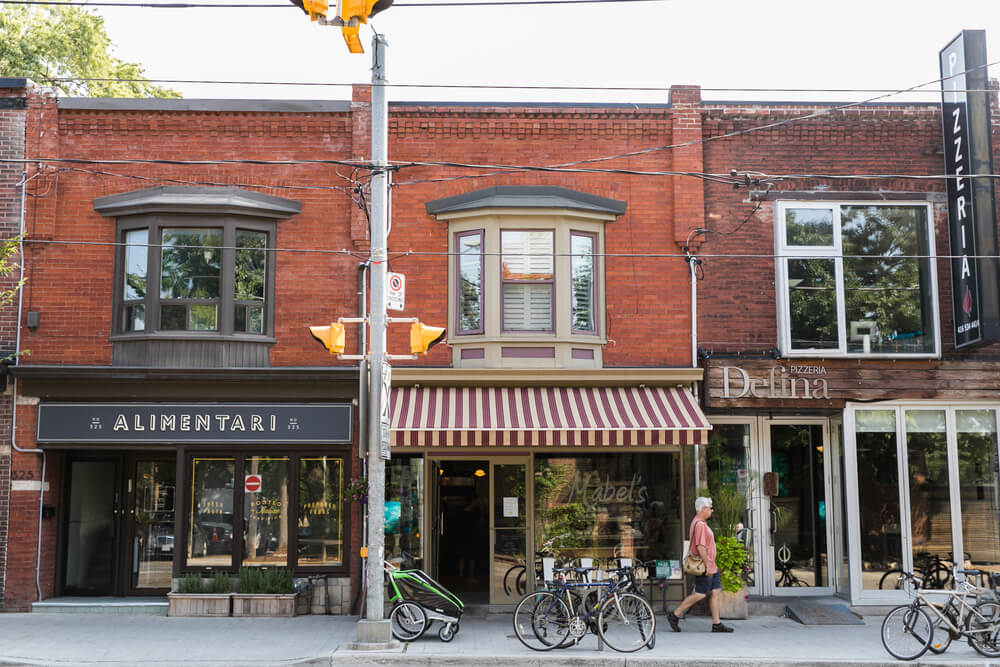 Roncesvalles is located on the east side of High Park. In the city with the highest property crime rate, Roncesvalles, you’ll find crime against people quite low. This area comes with a lot of camera surveillance, but not every part of the area is covered.

Located near the River Humber, Humbermede is also known as Emery. This neighbourhood consists mainly of single-family homes and schools like the Gulfstream Public School.

Riverdale, located east of the Don River Valley, is another high-crime Toronto neighbourhood. The area bounded by Bain Avenue, Gerrard Avenue, Don River Avenue, Hampton Avenue, and Danforth Avenue has a crime rate of 16.87 per 1,000 people and 32.34 per 1,000 properties.

Situated east of the Don River, Leslieville is the last on the list. Also known as South Riverdale, this area borders Eastern Avenue in the south, Empire Avenue in the west, Coldwell Avenue in the east, and the National Railway lines in the north.

Why is Toronto so popular?

Life in Toronto is known for its unique landmarks, busy streets, and film festivals. Located to the north of Lake Ontario, Toronto is a metropolis famous for its cultural diversity and famous sports teams. Many high-ranking universities in Toronto, like the University of Toronto and York University, offer some of the best programmes. The busiest mall in North America, the Toronto Eaton Centre, is also located here. You'll find cultural neighbourhoods like Chinatown and Little Italy that preserve culture. Every year, Toronto hosts the International Film Festival and the National Ballet of Canada.

Where do rich people live in Toronto?

Toronto is one of the most expensive cities to live in; it also has one of the costliest neighbourhoods in Canada. The top 5 most expensive places in Toronto where rich people live, where owning a place can cost anywhere from $1,50,000 to almost $5,00,000 are the Annex, Bridle Path-Sunnybrook-York Mills, Banbury-Don Mills, Yonge-St. Clair (Deer Park), and Casa Loma.

What is downtown Toronto known for?

Downtown Toronto is a great place for newcomers, but its experience comes at a good price. You'll also find attractions like the Royal Ontario Museum, Casa Loma, and more.

What is The Best Month To Visit Toronto?

During the summer season, the marketplaces, restaurants, and various cultural event stops get lightened up by the crowds of tourists due to the peak tourism season. So, the best time to visit Toronto, Canada, is from April through May and from September through October.

What is the most popular food in Toronto?

Toronto's local dishes put out a broad and vibrant culinary sense, from Italian to French. With poutine being the national dish of Canada, it has to be one of the most popular and sought-after foods in Toronto. Other incredibly famous dishes and snacks of Toronto include the bacon sandwich, ketchup chips, and others, to name a few.

Vaishali Rustagi An exceptional writer obsessed with creating content, Vaishali is an engineer-turned-writer passionate about storytelling and targeted thoughts. She has a knack for reading blogs and believes in continuously improving herself to add magic to her writing.

Vaishali Rustagi An exceptional writer obsessed with creating content, Vaishali is an engineer-turned-writer passionate about storytelling and targeted thoughts. She has a knack for reading blogs and believes in continuously improving herself to add magic to her writing.