Home » Lifestyle » Living » Pros and Cons of Living in Canada

What it’s Like to Live in Canada : Pros and Cons 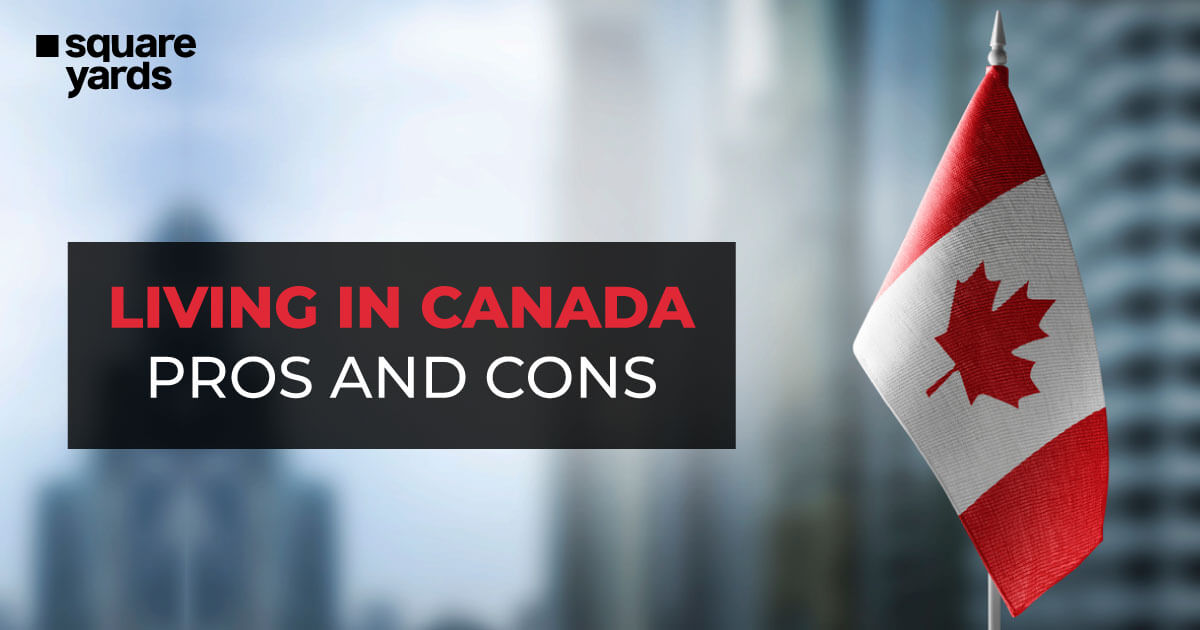 Among the most beautiful landscapes on Earth are those in Canada, which include glaciers, lakes, and forests. Therefore, it is an ideal place to take a vacation or settle down. With its open borders and vast landscape, Canada offers plenty of opportunities for those willing to work hard, but it also comes with a few drawbacks. If you are considering moving to Canada, there are several pros and cons of living in Canada. In this article, we will look at the pros and cons of living in Canada so you can make an informed decision about whether or not it’s the right place for you.

Pros of Living in Canada

Healthcare in Canada is free for all its residents, including those on social assistance. This means Canadians can get the treatment they need without worrying about financial issues. Another great benefit of healthcare in Canada is its availability. No matter what time it is, residents have access to medical care 24 hours a day, 7 days a week.

The average household income in Canada has increased for 20 years, and the unemployment rate is one of the lowest in the world. there are many pros and cons of living in Canada but The economy of Canada is in good shape, which has led to increased immigration to Canada. In addition, Canada’s free-market economy gives people more freedom to run their businesses. This means that the people of Canada enjoy a more stable economy and have more money to invest in new businesses.

The country’s economy is one of the strongest in the world. Its government has embraced the free market, which means that Canadians are allowed to run their own businesses without fear of government interference. Its unemployment rate is lower than that of the United States, and it has more healthcare options than other countries. 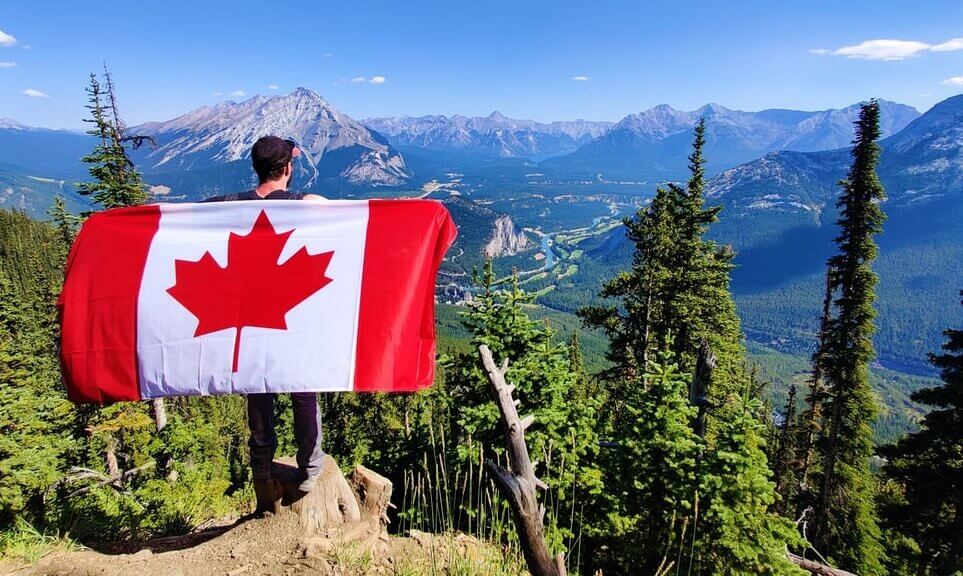 Canadians enjoy one of the highest quality of life in the world. There are many opportunities for personal growth and development, and people can enjoy a high standard of living without having to work extremely hard. In addition, residents of Canada take pleasure in a plethora of benefits, such as superior educational and healthcare systems.

The cost of housing in many urban centres in Canada has caused an increase in the number of people living alone. This trend could continue as Canadian society increasingly adapts to the needs of those living on their own. Standardised accommodation is one way to help people save money on rent.

Many of the benefits of living in Canada come from the freedom of choice that residents enjoy. Canadians are incredibly friendly and accepting of immigrants, believing that diversity strengthens a nation. You won’t have to adjust your lifestyle to fit in with Canada’s culture or government. You will have a wide variety of choices to meet your individual needs, from food and housing to education and work.

The air quality in Canada is excellent. The country has strict environmental regulations, limiting the number of pollutants released into the atmosphere. This limits the effects of air pollution on the health of Canadians.

Water quality in Canada is outstanding, with an ‘A’ grade and ranking 4th in 17th countries. The country has strict regulations on how much waste can be dumped into rivers and lakes and how much water can be taken from these sources. This makes Canadian water safe to drink.

Canada is considered one of the safest countries in the world. It has a low crime rate and is very secure. Overall, Canada is a safe and secure country that offers many benefits for those looking to relocate. If you’re considering moving there, do your research first to ensure it’s the right decision for you.

Cons of Living in Canada

Winters in Canada are extremely cold, lasting up to eight months. The snow makes travel very difficult. The average temperature in December is zero degrees, and the temperature during January can also reach -2 degrees. The average winter temperature is -13 to -17 degrees. You’ll be surprised to discover that Canada is one of the coldest places in the world. The weather can be unpredictable, so prepare for extremes indoors and outdoors.

Toronto is one of the most expensive cities in the world to live in. Compared to other Canadian cities, Toronto residents spend more on food and beverages per capita than anyone else. The food cost index in Canada is five times higher than the global food cost index. This means that groceries are much more expensive in Canada than in other countries.

In addition to high costs, living in the city can also be challenging, having to deal with crowded streets and long commutes. And if you want to find a job or start a business, you’ll face stiff competition from others.

Living in Canada comes with limited availability of certain items. Food and goods are not widely available in Canada. Canadians rely on long-haul trucks to get their food, which can pose some practical problems. In addition, new products may not be available when they’re released in the US, which is another drawback. For example, Americans can usually find televisions and cars made in America, but these items are usually much more expensive than their counterparts in Canada.

Moving to Canada can be costly. It can be challenging to move to Canada as there is a lot of competition for jobs. Canadian employers are often willing to pay higher salaries than employers in other countries, which makes it difficult for people who want to work in Canada. However, it is not always easy to move there. Buying and moving a house can be expensive, and there is often competition for jobs.

Although Canadian medical/health care services are generally good, there are some challenges you must expect. If you plan to return to Canada after 2022, prepare for your healthcare needs in advance. The system is complicated and often delayed. Wait times for medical care vary widely in Canada. Within a given province, wait times can be radically different.

Canada is not an exception, not even among the institutions found in a major city. In addition to the length of time spent waiting, there is also a possibility that the outcome will be worse. Children are particularly vulnerable to the negative effects of wait times because they stand to miss out on healthy development if they are unable to receive treatment in a timely manner.

In addition to the psychological costs, wait times are economically disastrous for individuals and their families. Fortunately, most Canadians are very knowledgeable about their rights and responsibilities and can take care of themselves in most cases.

Immigrating to Canada can be an extremely complicated process, with one of the biggest cons being the bureaucracy. The government only accepts around 250,000 people per year, which includes refugees. Many people willing to live and work in Canada will find the process extremely challenging. For this reason, it is best to begin the process as early as possible. While the process of immigration can be frustrating, it can also be incredibly rewarding.

When it comes to immigration, Canada has a few categories- Economic immigration, family sponsorship, and protected persons, which account for most new immigrants. This makes the process of immigration to Canada very complicated, but the benefits of living and working in Canada are well worth it. But the application process can be costly and take several years. If you’re applying to live and work in Canada, you’ll want to know everything about the country before applying.

If you are planning a trip to Canada and are concerned about how you will pay for it, you should be aware that most major credit cards are accepted there. You can use them at almost any store in Canada, and most won’t charge you any fees for doing business in a foreign country. Having said that, there are a few notable exceptions, with cash being the only form of payment accepted at Costco Canada and the discontinuation of Visa credit cards at Walmart Canada.

There are many pros and cons of living in Canada, but there is no doubt that it is one of the best countries to live in Moving to Canada is usually considered to be a good option for people who are looking to make their home in a nation that is safe and peaceful. Keep this guide with you as you deliberate over whether or not to relocate your base to Canada!

What is the downside of living in Canada?

The only downside to living in Canada is the cost of living and the expensive lifestyle.

Is it good to live in Canada?

According to a recent survey, Canada is ranked as the most desirable country to live in.

Is living in Canada cheaper compared to living in the USA?

Living in any metropolitan city in Canada is much cheaper than living in the USA.

What is the minimum salary in Canada?

The average minimum salary in Canada is only $15.

How many hours does one have to work in Canada?

Mansi Saini Mansi is someone who believes to look at the positives rather than the negatives (thanks to her habit of reading), someone who concentrates on filling the gaps. A sarcastic human with a tinge of generousity and kindness; who laughs and talks a lot; someone who works like a crook (to get THINGS done). Her creativity flows through her blogs, interiors, creative writing, love sonnets, and entertainment is where she screams the most.

Mansi Saini Mansi is someone who believes to look at the positives rather than the negatives (thanks to her habit of reading), someone who concentrates on filling the gaps. A sarcastic human with a tinge of generousity and kindness; who laughs and talks a lot; someone who works like a crook (to get THINGS done). Her creativity flows through her blogs, interiors, creative writing, love sonnets, and entertainment is where she screams the most.
sticky-form