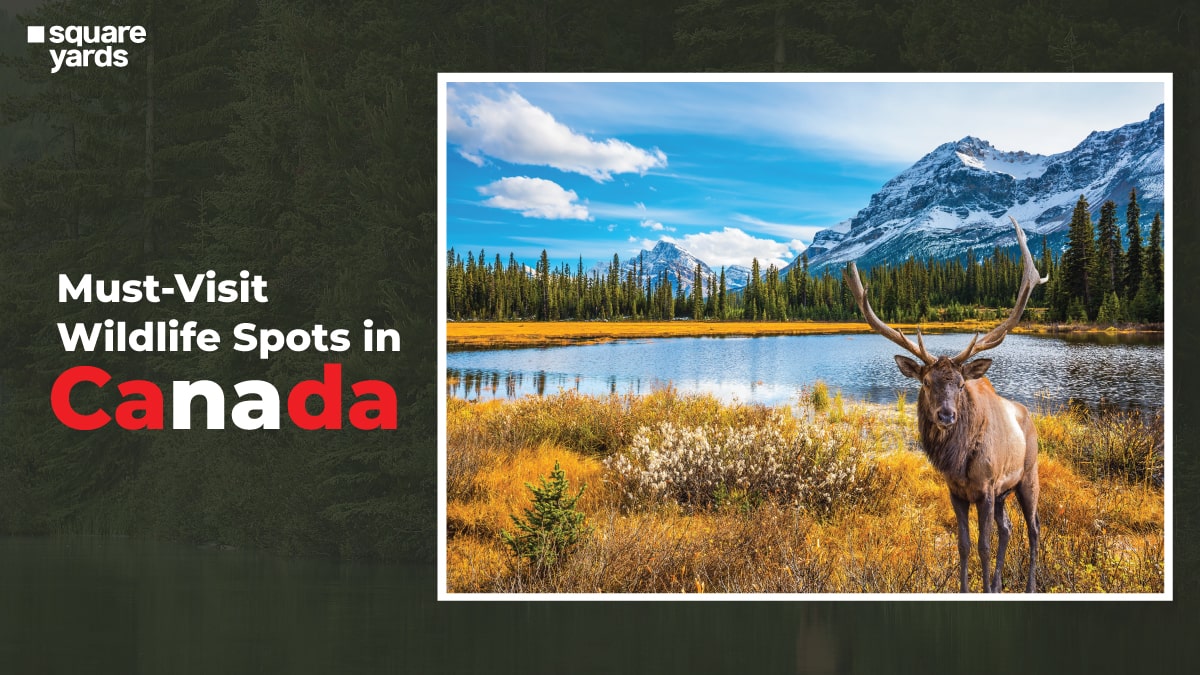 Canada, one of the world’s coldest nations,  boasts enticing flora and fauna. It is a vast and rugged land that spans over half of the Northern Hemisphere. Interestingly, it scales across six time zones and is the second-largest in the world but houses only one-half of one percent of the world’s population. The reason behind it is also the fact that Canada’s remote north and the forests are home to some of the best wildlife in Canada, which includes mountain lions, bears, otters, bighorn sheep, wolves, beavers, moose, deer, and other Canadian animals. It is one of the most exciting sites that one can experience when in the maple country. One could be lucky to spot a snow leopard amidst the snowy Rockies.

Lakes, rivers and wildlife in Canada form a significant part of the maple country’s ecosystem. It is thrilling to see such places of natural importance in extreme climatic conditions. We have curated a detailed list of places that you can visit to experience wildlife in Canada : 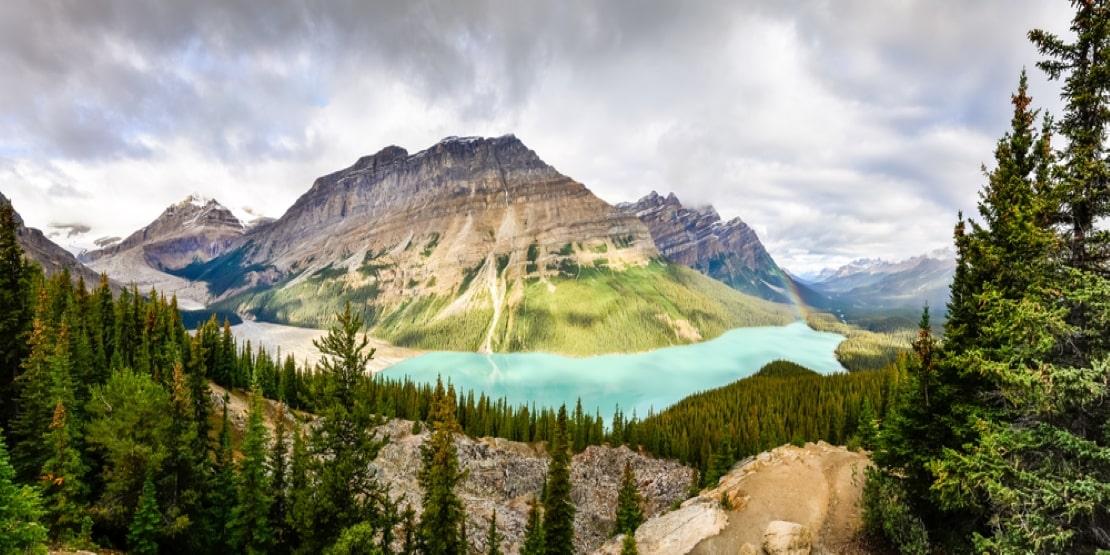 Banff National Park, located in Alberta, Canada, is one of the most famous and renowned parks in existence. Millions of people visit the location to experience the best wildlife in Canada with the hope of spotting a grizzly bear or a moose on the loose. The park has been given the status of a UNESCO world heritage site and sits amidst the Canadian Rocky Mountains. The Banff Park of the surrounding Bow Valley is home to many Canadian animals ranging from prey to predator. This includes black bears, mountain goats, grizzly bears, deer, wolves, bighorn sheep, coyotes, elk and moose.

On a special occasion, one may also spot a wolverine or a cougar, which hasn’t even happened for those who’ve spent their lives in the Rockies. 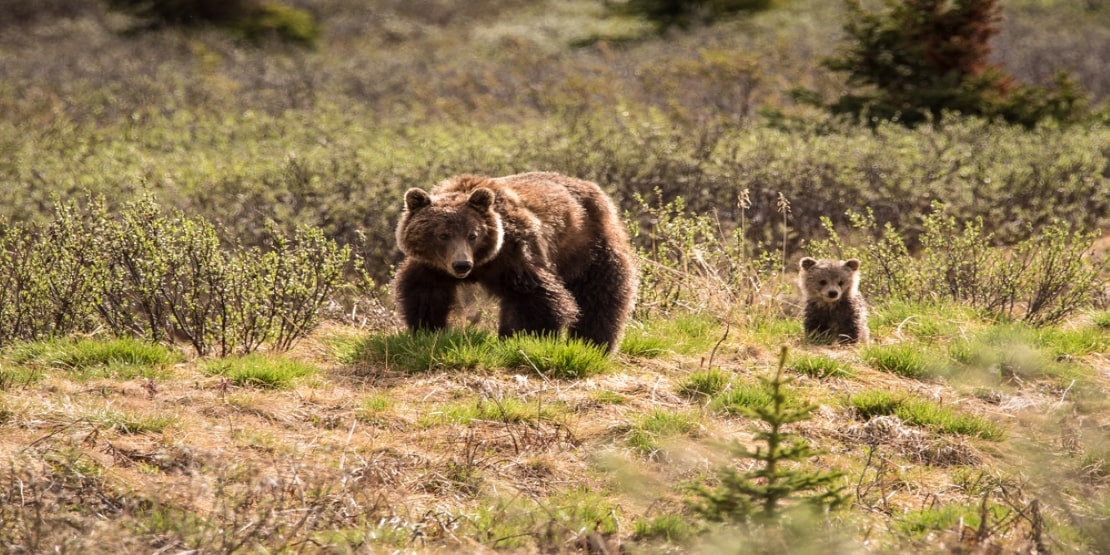 The spray lake route is best for spotting a bear, moose, bighorn or lynx in their natural habitat. Most prospects for viewing bears happen along the roadside. This is where bears often find bushes of wild berries. These situations often cause “bear-jams”(bear-induced traffic jams). The best way of experiencing the site also includes hiking and biking. The freedom to move around and in the park easily makes it a site not to leave behind when visiting Alberta.

Jasper National Park, located on Maligne Lake Road, Jasper, Canada, consists of not only the best wildlife in Canada but also hot springs and subalpine forests that will surely captivate you. You or your camera might not be able to take a break from the amplified natural beauty and the Canadian animals that include: goats, mountain sheep, fish and bears. 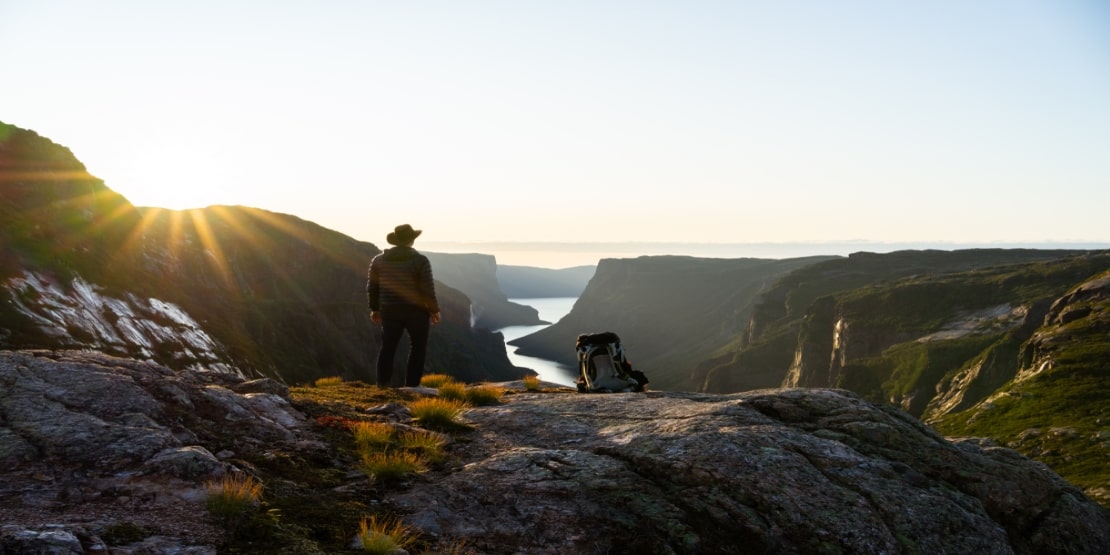 It is a UNESCO world heritage site which is also a combination of a lot of interesting terrains all in one place. In 1987, it was given the status of a UNESCO site because of its glacial and geologic history since it was created by the grinding action of glaciers on the ancient long-range mountains.

The mountains, fjords, valleys and beaches invite you to experience the journey filled with different natural elements, including a wide range of Canadian animals. Flora and fauna motivate you to explore your limits in the varying landscapes and temperatures all in one place. 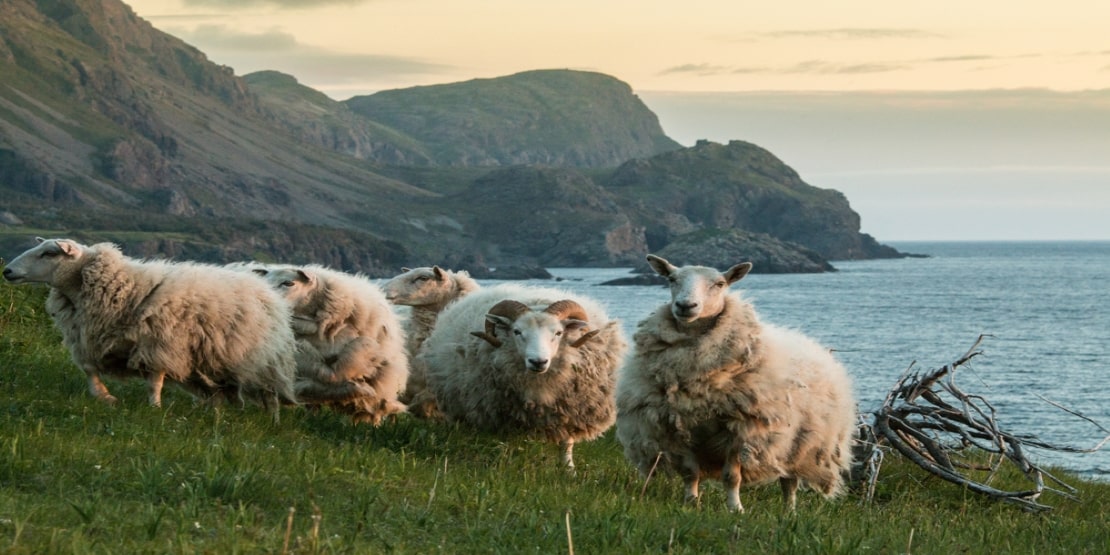 Due to its isolation from the North American mainland, it is home to only 14 native mammals, which include: Moose, Woodland Caribou, Black bear, Whales, Seals, Arctic Hare, Boreal Chickadee, Rock and Willow Ptarmigan, Canada Jay, Bunchberry (flora), Balsam Tree (flora) culminating for one to experience the best wildlife in Canada. 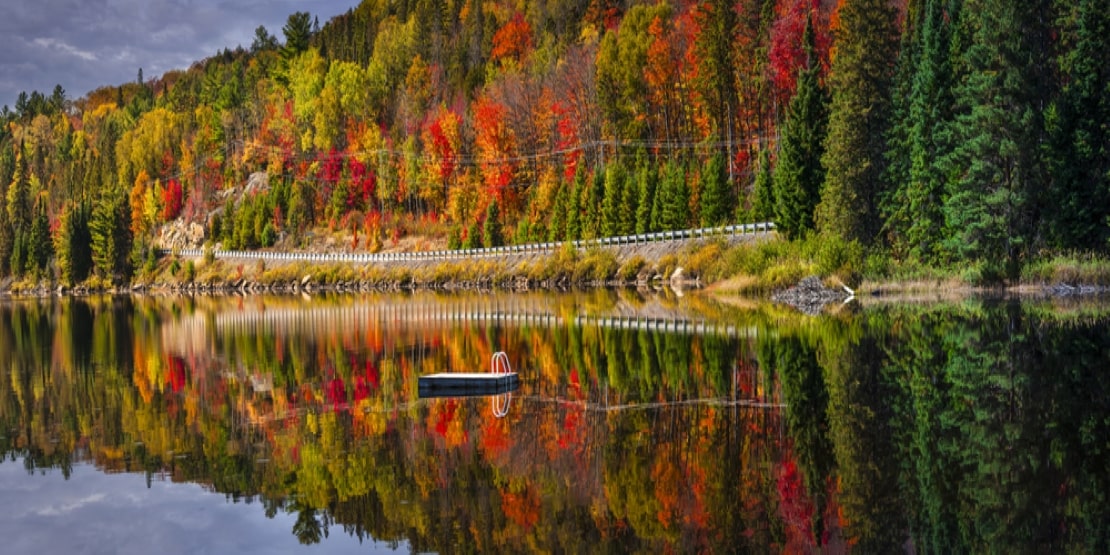 Algonquin Provincial Park is one of the best places in Canada to spot a moose. The perfect time to visit the park is springtime, along the Highway 60 corridor.A few other species include wolves, black bears, deer, beavers, and 272 different varieties of birds, including seasonal migrants.

Ontario’s large open spaces, forests, water bodies and wild tracks are home to a majestic collection of Canadian animals, including large mammals like moose, otters, mink, weasels, beavers, waterfowl, songbirds, and foxes. One can also find a small population of polar bears on the sea ice of Hudson Bay and James Bay from late fall to early summer. 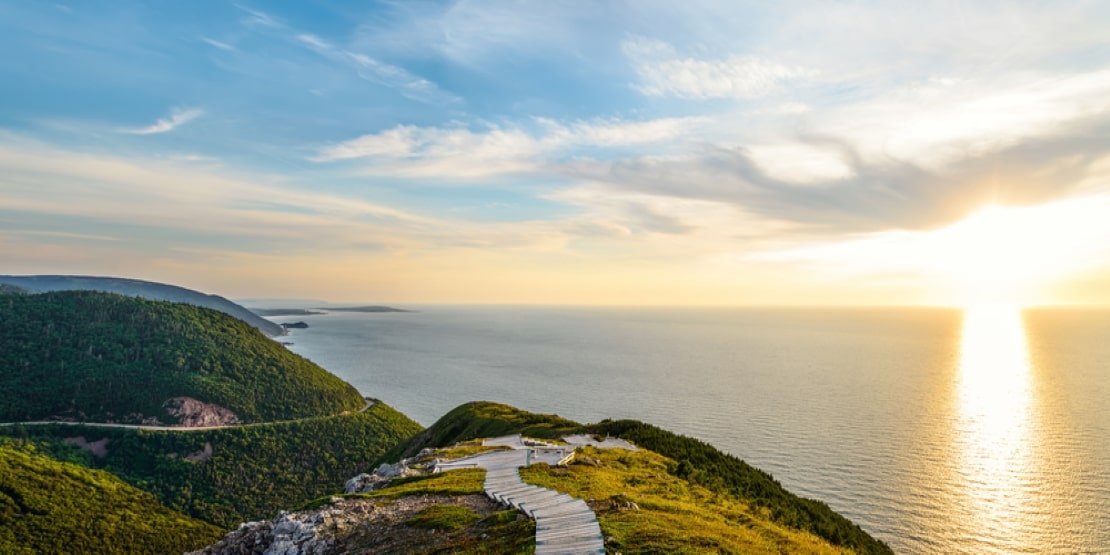 With a movie-like natural setting and highway, the Cape Breton Highlands National Park is a fabulous area to adorn. There is a lake surrounded by mountains, like jewels on a necklace. It is filled with abundant wildlife living in its natural habitat.  What makes the park one of the best habitats to experience wildlife in Canada are bald eagles, moose, red foxes, black bears, bobcats, white-tailored deers, meadows and woodland jumping mice and masked Sherwin the northern part of Cape Breton.

The national park also includes one of the world’s best trip roads- the Cabot Trail. It is considered one of the most scenic destinations, with ocean vistas, old flora, prehistoric rocks scarred by the glaciers, and the mysterious Cape Breton Highlands. Don’t forget to capture this perfect destination with your camera lens. 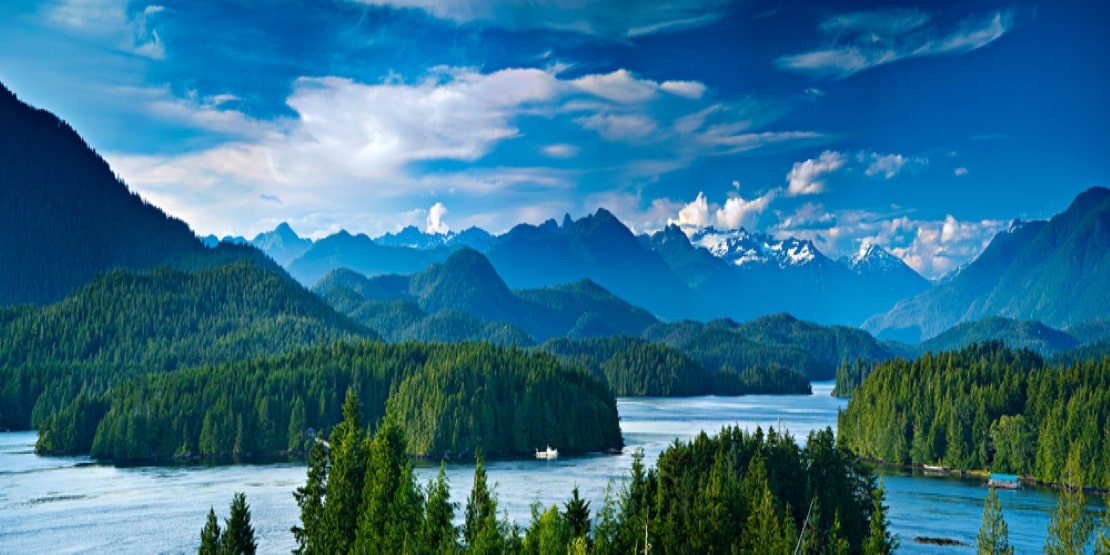 The Pacific coastline of British Columbia’s Pacific Rim National Park features an ideal arena for explorers and tourists. The park’s long line of over 100 sheltered islets of the broken group of islands is well-known for kayaking excursions. The 75-km coast trail is also popular for whale watching and surfing.

It only depends on your preference. This is one of those locations that can be enjoyed both in the winter and summer. One can either hike to the top of large rocks, lay low on the beach, or even testing out the Vancouver waters. 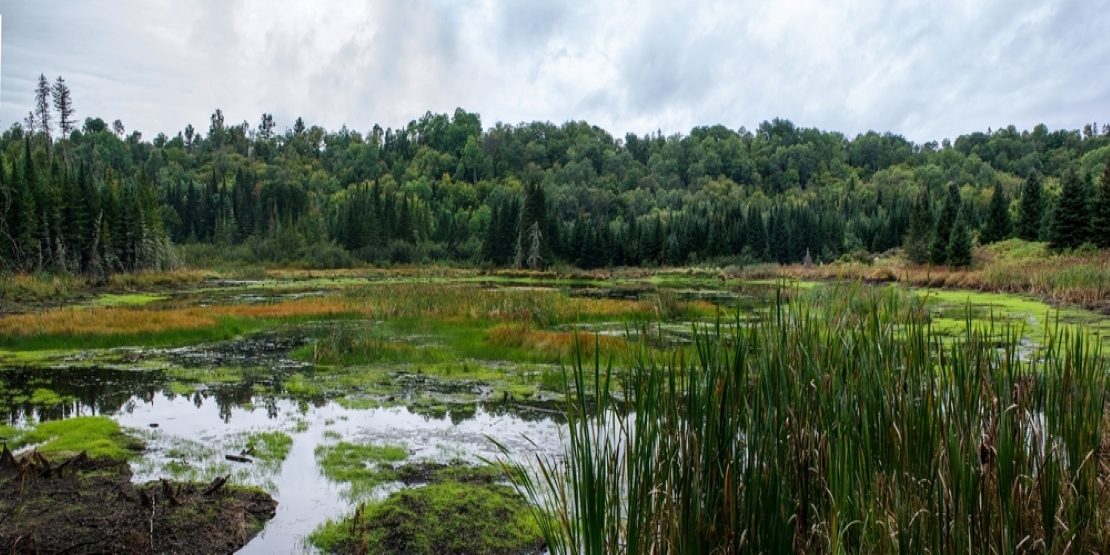 Characterised by the aquatic environments and a diversified forest, the park offers a suitable habitat to a multitude of species typically belonging to the Eastern Canadian forests.

The park consists of almost 50 species of mammals both small and large, and 215 bird species that have been observed at the park, 24 varieties of which are present all year round. Animals like moose, black bear, beaver, red fox and wolf consider La Mauricie their home.

Despite the harsh weather at the park, over 19 species of reptiles and amphibians live here. Garter snake and green frog are two very common crawlies found in the park. One can also find water animals like brook trout, arctic char, ninespine stickleback and spoonhead sculpin and others can also be found.

What is the speciality of Canadian animals?

Earth’s biggest and the loudest mammal calls Canada it is home (at least part of the time). Blue whales grow up to 27 m long and weigh up to 132 tonnes, they are found specifically on the eastern coast.

What is Canada's national animal?

Canadian National animal is a Beaver, having been recognised in 1975. The Canadian Parliament recognised the Canadian horse as the national symbol in May 2002.

How much wildlife does Canada have?

Canada is home to almost 80,000 plant and animal species.

Is there an animal that can only be found in Canada?

Animals that can only be found in Canada are the eastern wolf, Vancouver island marmot, wood bison and pearly caribou; birds such as the Pacific stellers jay and fish like Banff longnose dace, Atlantic white fish and Vancouver lamprey.

How many bio reserves are there in Canada?

There are 18 bio reserves considered the best to explore plant life and experience wildlife in Canada.

How many UNESCO-designated parks are present in Canada?

What type of clothing should one take when going on a wildlife expedition?

Weather in Canada can be like eggs on a wobbly tray, one must consider wearing cotton clothing in the summer season (especially during the day) with a woollen cover-up for the evening. The national parks are usually cold all year round, therefore prefer opting for woollen and waterproof clothing as rain can be an uninvited guest when hiking.

Is Canada safe for a solo woman traveller?

Yes, but consider going with an organised wildlife tour package to be on track. Pre-booking the trip will help you keep all under your control. Include treks, communication, travel, hotel stay, camping, and gear.