Toronto Condo To Be The Tallest Residential Tower in Canada 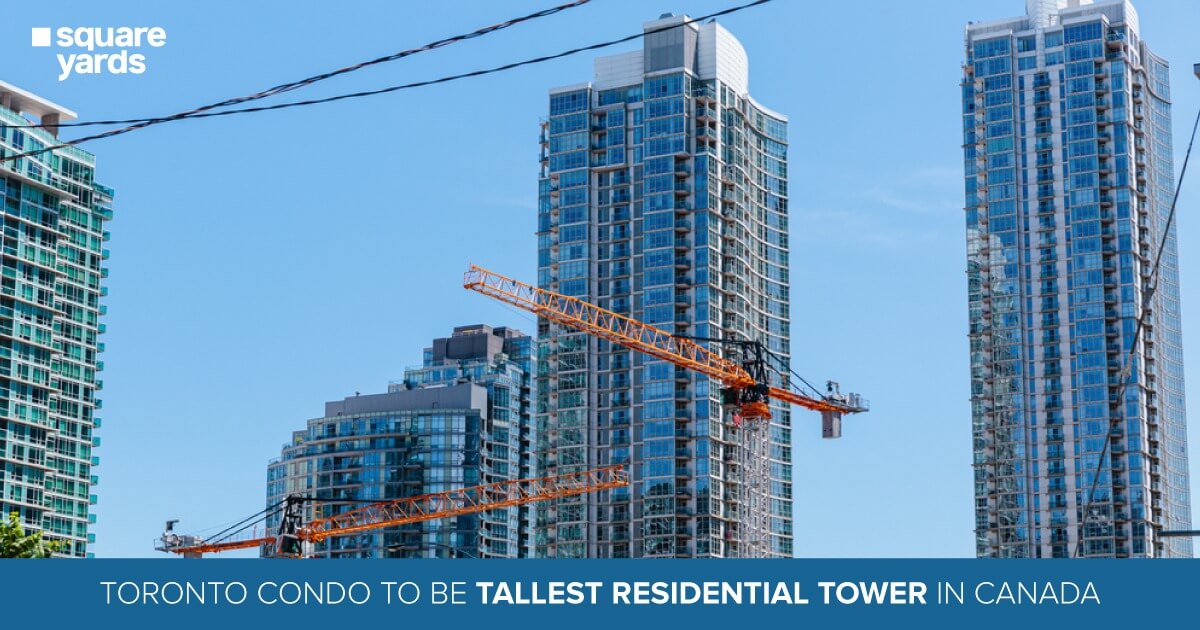 The city has always been home to tall, magnificent buildings. However, these buildings were earlier used purely for commercial purposes. However, people in Canada increasingly seek high-end lifestyles; hence, the demand for tall residential towers has increased subsequently. The Toronto condos are high-end residential complexes that provide a great view and a quality of life to the people of Toronto. Out of all these towers, one is the tallest condo in Toronto.

This guide will give you an overview of the new condo developments in Toronto and what makes these buildings special. 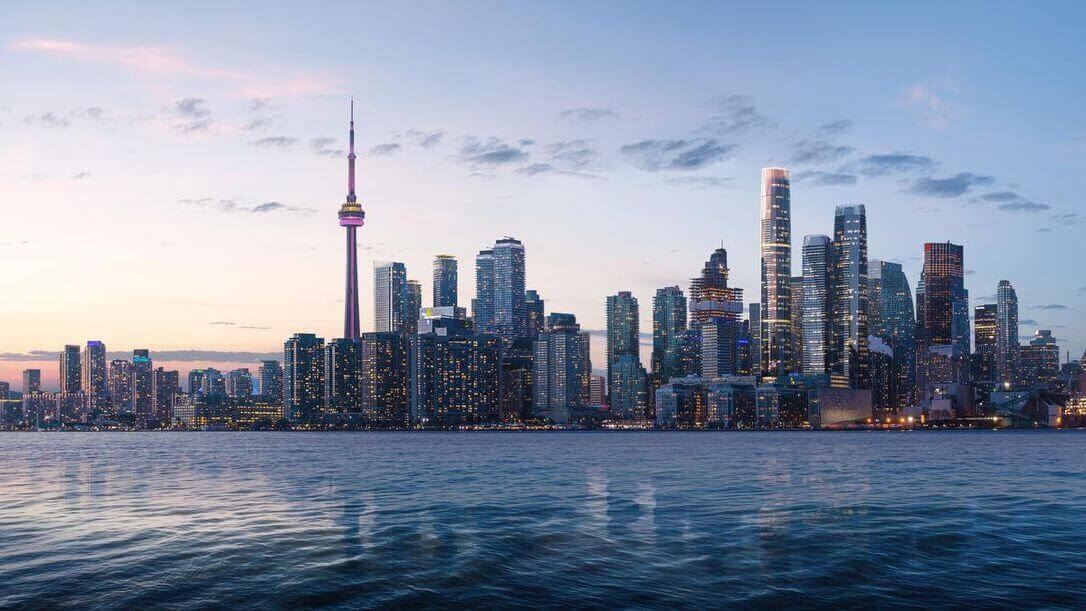 When people talk about Toronto condos, they always mention SkyTower. This building is currently under construction and is considered one of the city’s most coveted projects. Once the construction is complete, the SkyTower will be the tallest residential building in Toronto. The tower is situated on the world’s longest street and is a part of one of the most iconic spots in the city. The outer surface of the tower is made up of glass, which enhances the appeal of the building. The tower is quite close to all the amenities, and the people who will take homes there will have a great view of Lakes in Ontario. 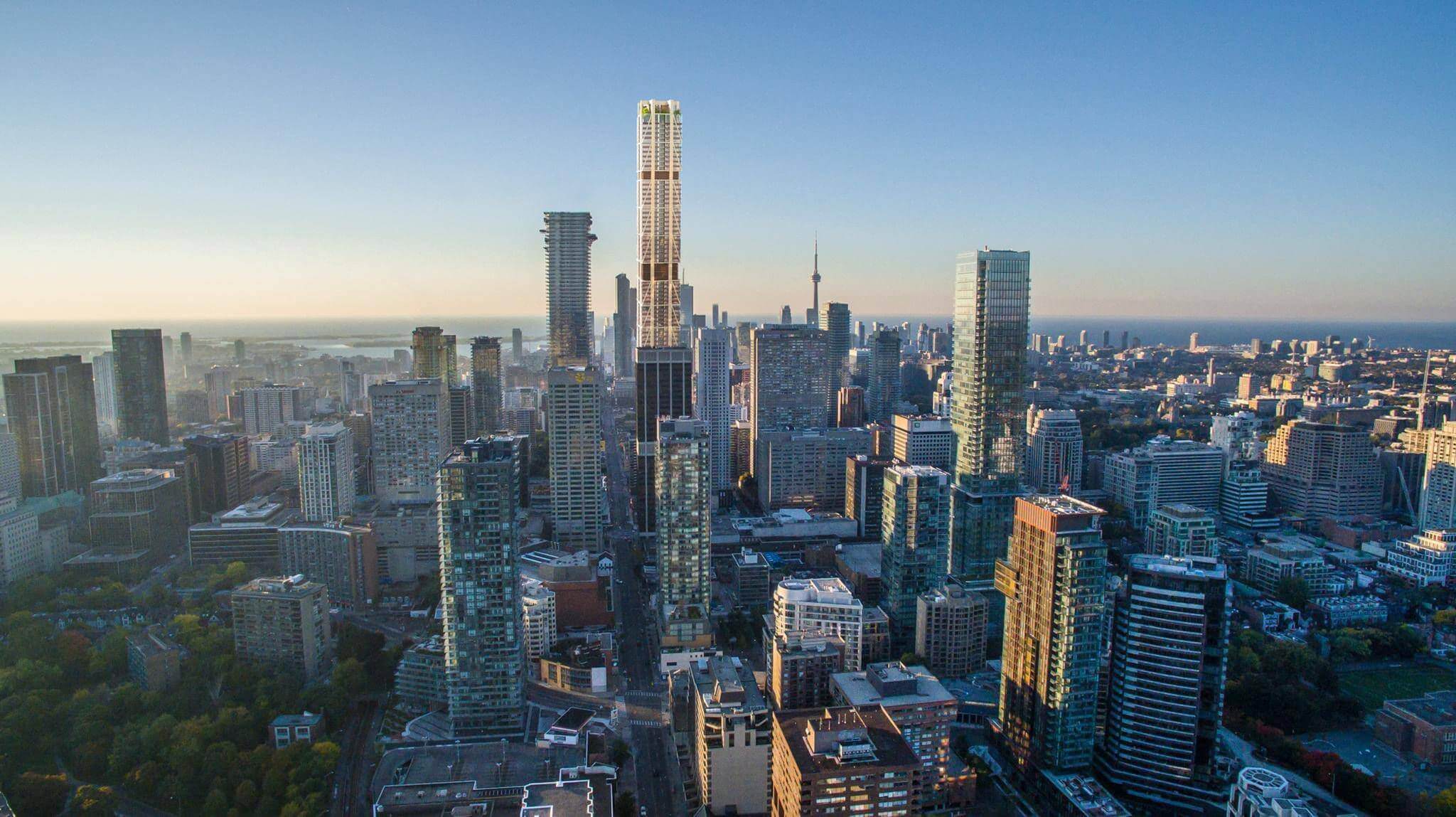 The One is currently the tallest residential building in Toronto. However, it is only 13 feet shorter than the SkyTower. The difference in height does not take away the fact that the tower is quite important for Toronto. It has great infrastructure, and you can find all amenities within the building. The first 18 floors of the tower are dedicated to restaurants and other retailers, all of which are quite high-end. Even a luxury franchise of the Hyatt Hotel takes up a few floors. The total cost of building this magnificent tower was about $1 billion. There are 416 residential sections in the entire building. Also, a dedicated space has been given to 4 beautiful penthouses. The design of the building is based on inspiration taken from the skyscrapers in London. 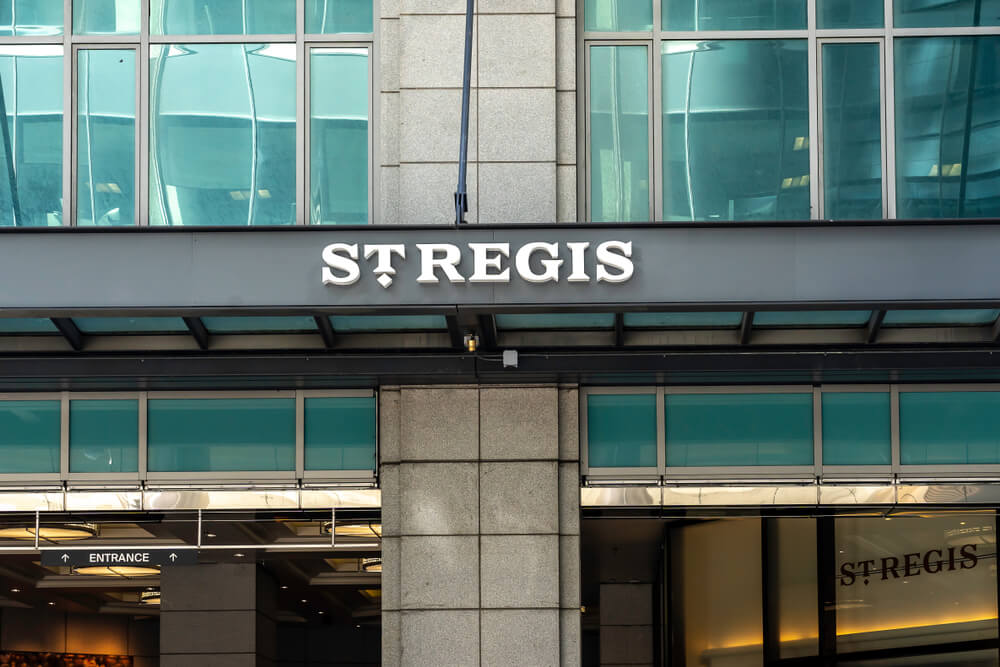 The building was constructed in 2012 but hasn’t lost its charm. The emerald building is one of the most exquisite and expensive places to stay in Toronto. The tower is a specimen of architectural longevity as it still stands as beautiful as ever. While the building has fewer floors than other Toronto condos, the grandeur of the existing floors is unmatched. This beautiful building has about 261 luxurious hotel rooms and 118 residential suites. 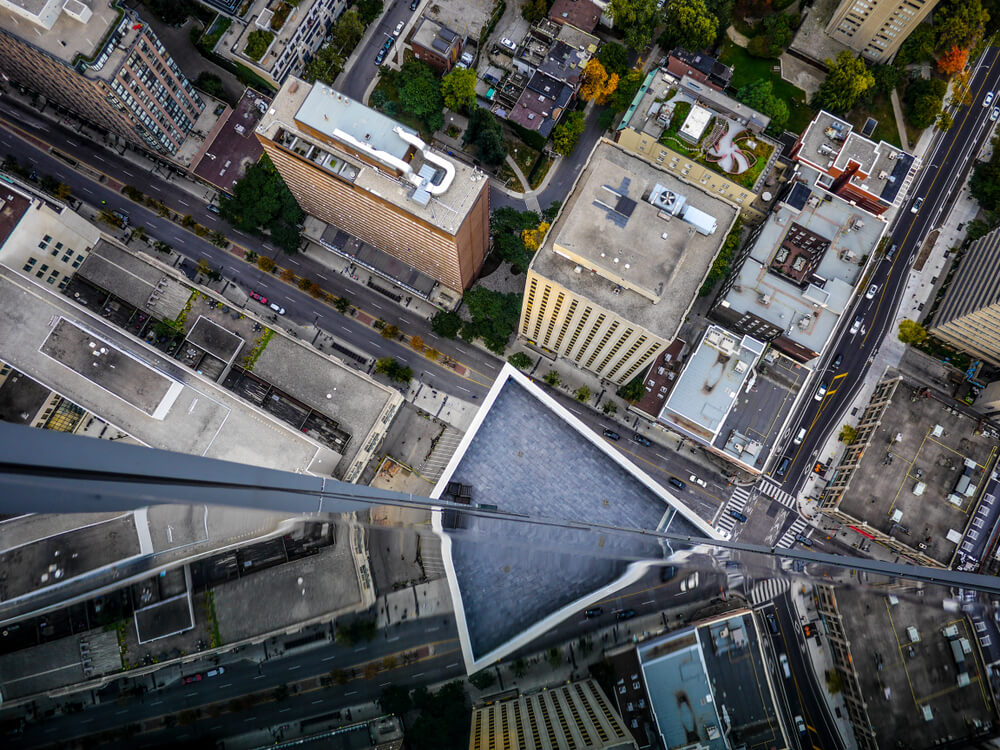 While this building is one of the shorter Toronto condos, it is popular for all the right reasons. The beaming lightsabers at the top of the building set it apart and give a spectacular view at night. This building is iconic and adds to the Yonge-Gerrard neighbourhood’s beauty. The building has a lot of potential in terms of retail, but the space has not been navigated yet by the Canadians. 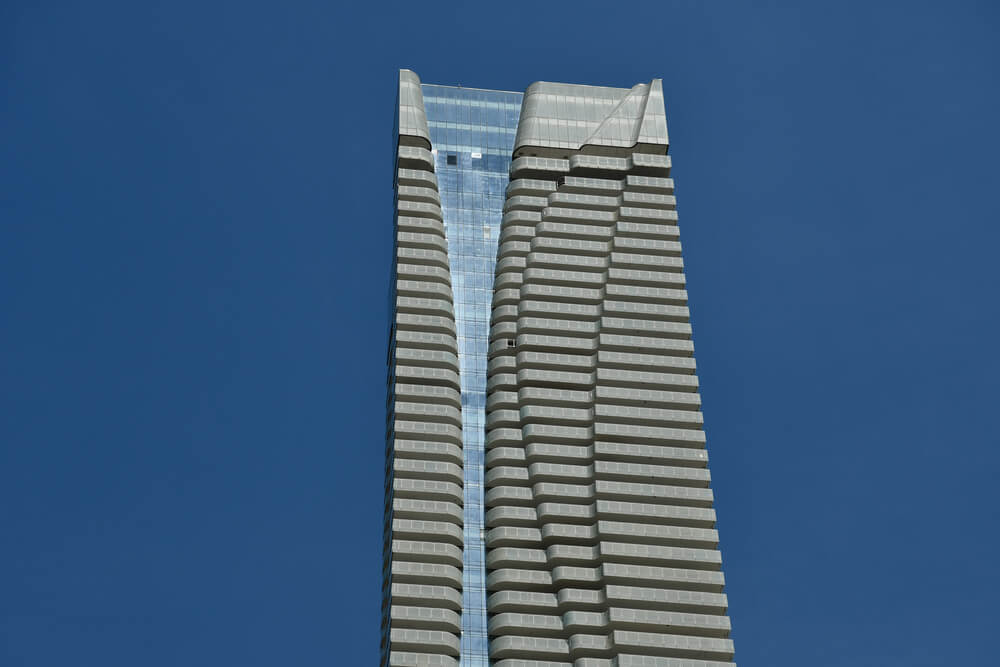 One Bloor is one of the most talked about 80-storeyed buildings. The construction of this magnificent building took about ten years. The tower is located at one of the most popular intersections of the city. This explains the high price of the property. The building is quite high, and it competes with the malls in the nearby areas.

The tower was completed in 2013, and even after 11 years, it is still as popular as it was on the day it was created. These towers are believed to have started the trend of tall Toronto condos. A majority of Canada’s population aspires to live in this tower, and a major portion of this population has visited the tower at least once. The building gets its name from the green roof canopy that is a part of the tower and is known for giving a cooling effect. The building stands out among all the others at night as it is properly lit. 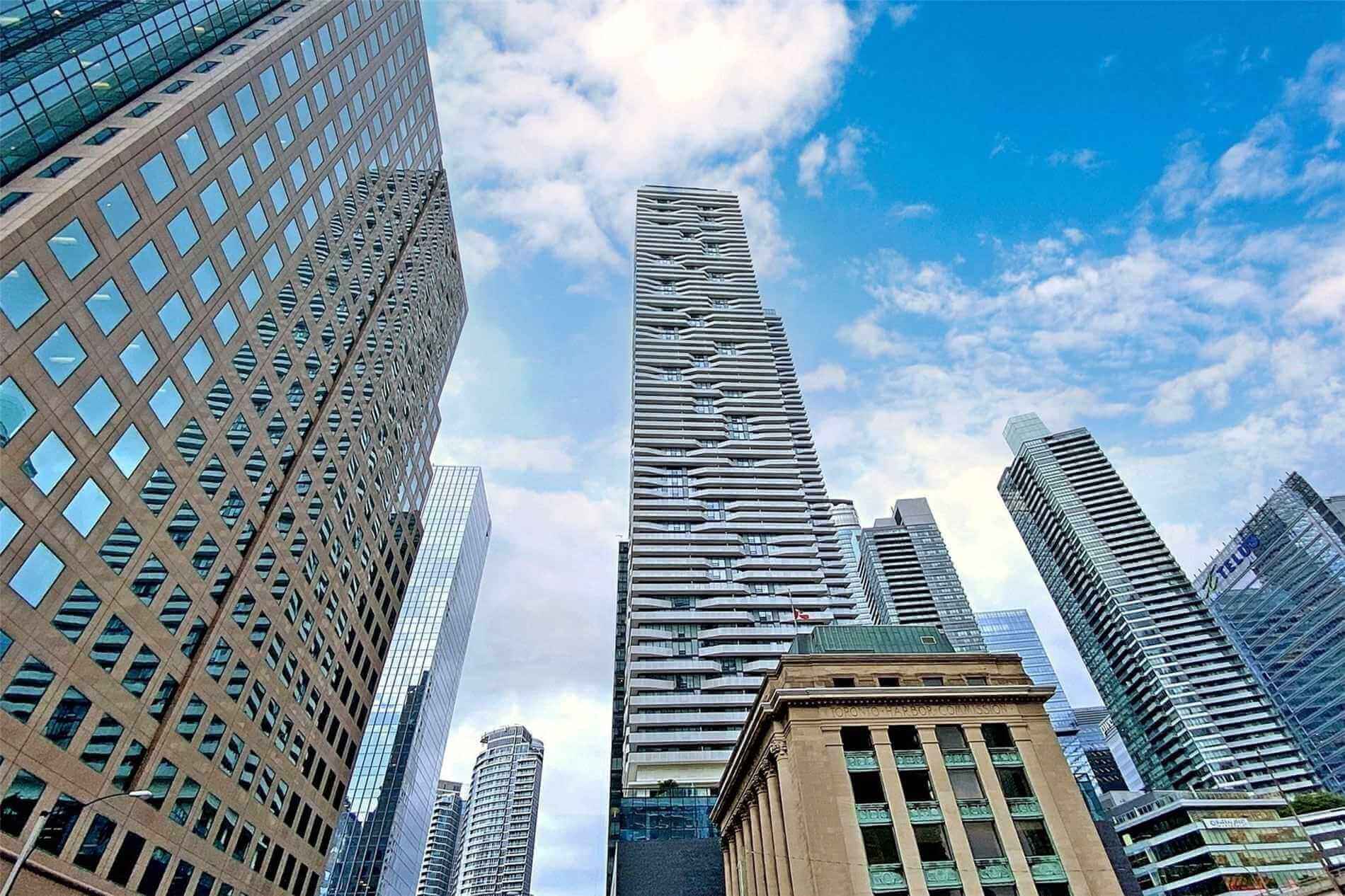 When you look at the building, it seems like the longest tower in the city. The East Residences is the tallest condo in Toronto. However, there is only a minor difference in their height. The tower has a mix of retail housing units, and the residents of this building have every amenity at their disposal. 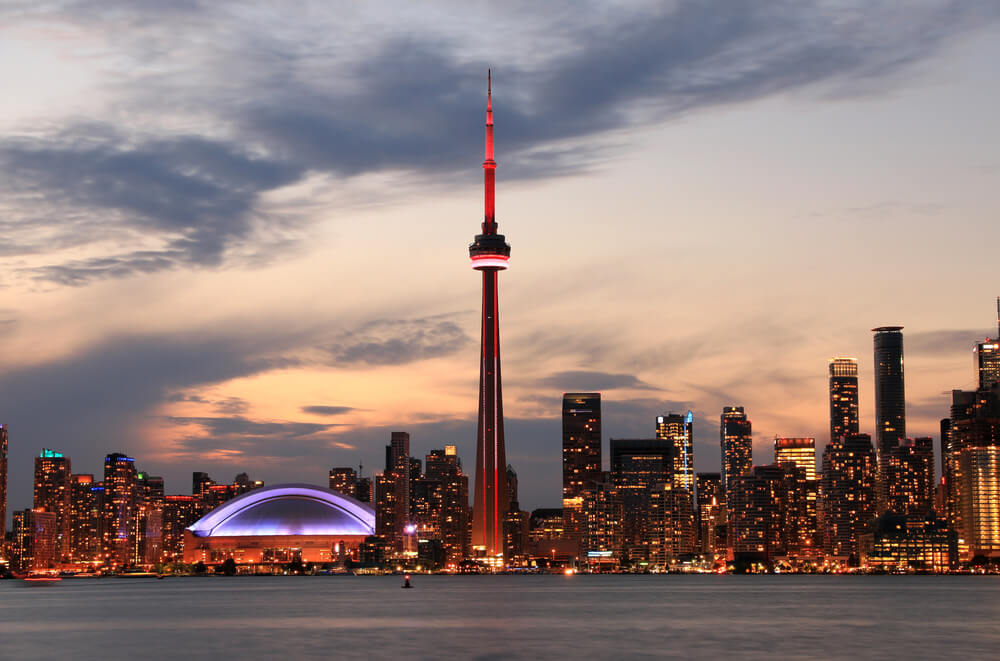 Completed in 2022, this building is one of the most recent additions to the list of tallest condo in Toronto. It is a part of the new condo developments in Toronto and has added to the glamour of the Concord neighbourhood. When you are on one of the top floors of the building, you get a bird’s eye view of the magnificent Rogers Centre.

This tower is also a part of the new condo developments in Toronto. The building is in the Sugartown area, one of the city’s most popular locations. Currently, there are two towers within the same premises. The developers have proposed the construction of three additional buildings within the same boundaries.

The Eau de Soleil Tower was recently added to the list of Toronto condos. The view from this building is breathtaking. The tower is also called the urban oasis on the waterfront, as it gives you a feel of Miami while sitting in your house in Toronto. The building has a saltwater pool and some of the best amenities you might not find in other Toronto condos. 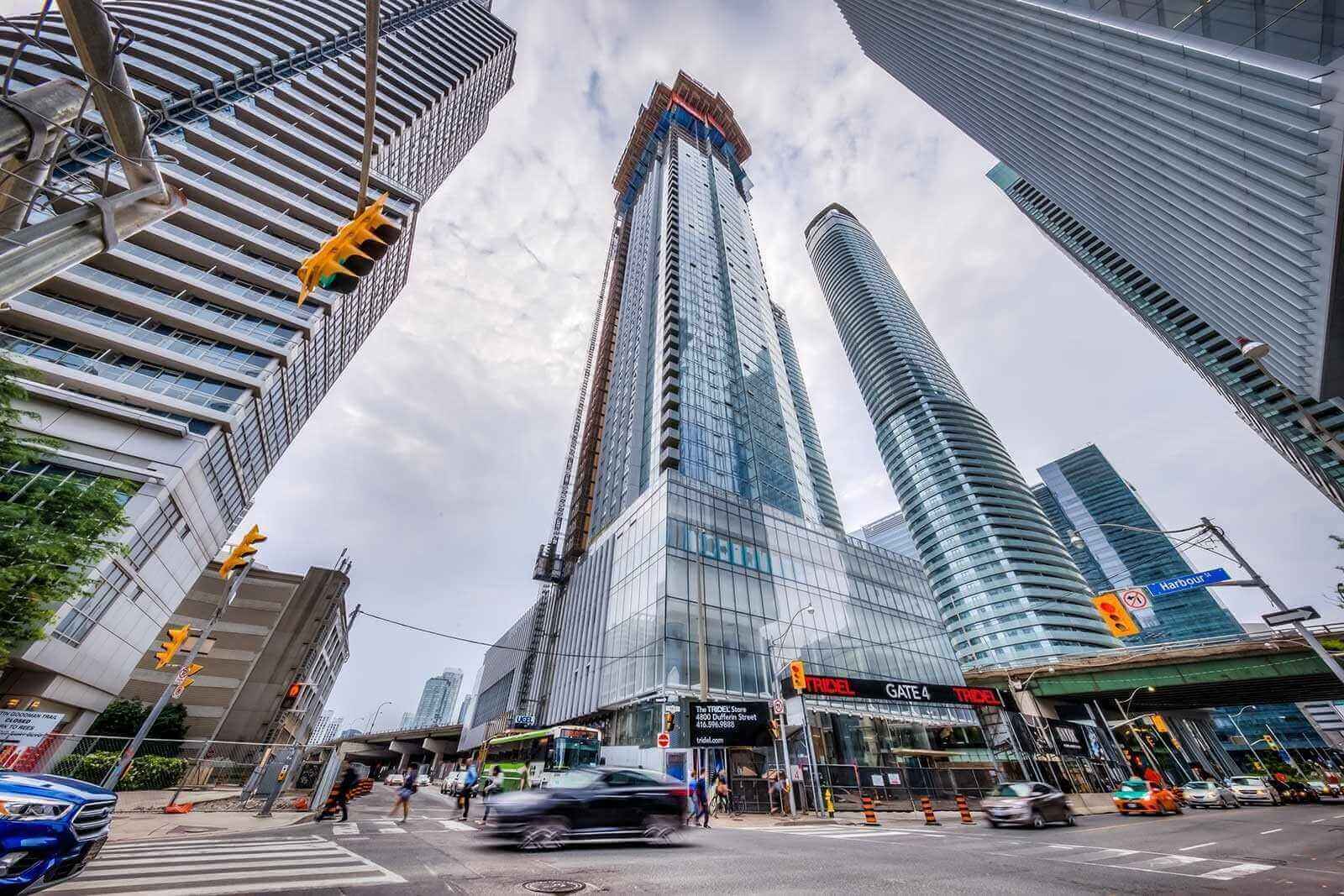 The building is located at Queens Quay West and York Street intersection. This tower will be an ideal example if you want a specimen of how a Toronto condo should look. The tower has a beautiful rooftop pool that is open to all the residents. The building also has unique spaces like a yoga room, billiards room, etc.

The building is a part of the Harbour Plaza Residences and is the shorter of the two buildings situated within the premises. The tower is known for its world-class amenities like the hot tub, party room, roof patio, etc. You get a spectacular view of Lake Ontario from this building.

Toronto is known for its tall buildings and cityscapes. Today, Toronto has the highest number of residential towers. These condos set up the expectation for people who want are looking for residential towers. Toronto has several other condos as a part of its future pipeline, and these buildings will strengthen the city’s infrastructure even further. The new condo developments in Toronto will make the town an even more lucrative place to reside.

What is the tallest condo in Toronto?

Currently, the One is the tallest condo in Toronto.

How many floors is the tallest building in Toronto?

The One is the tallest building in Toronto. The building is 1012 ft high, and it has 85 floors.

What is the second tallest building in Toronto?

St. Regis is the second tallest building in Toronto. It has 757 floors, and the tower height is 908 feet.

How many high-rise buildings are in Toronto?

There are about 80 skyscrapers and high-rise buildings in Toronto. Most of them are above 492 ft.

How many new condos are being built in Toronto in 2022?

Six new condos are currently under construction in Toronto and will be up and running by 2025.

« All You Need To Know About Fishing in Alberta
Best Food Trucks in Calgary, Alberta »