Look at the Tallest Buildings of British Columbia 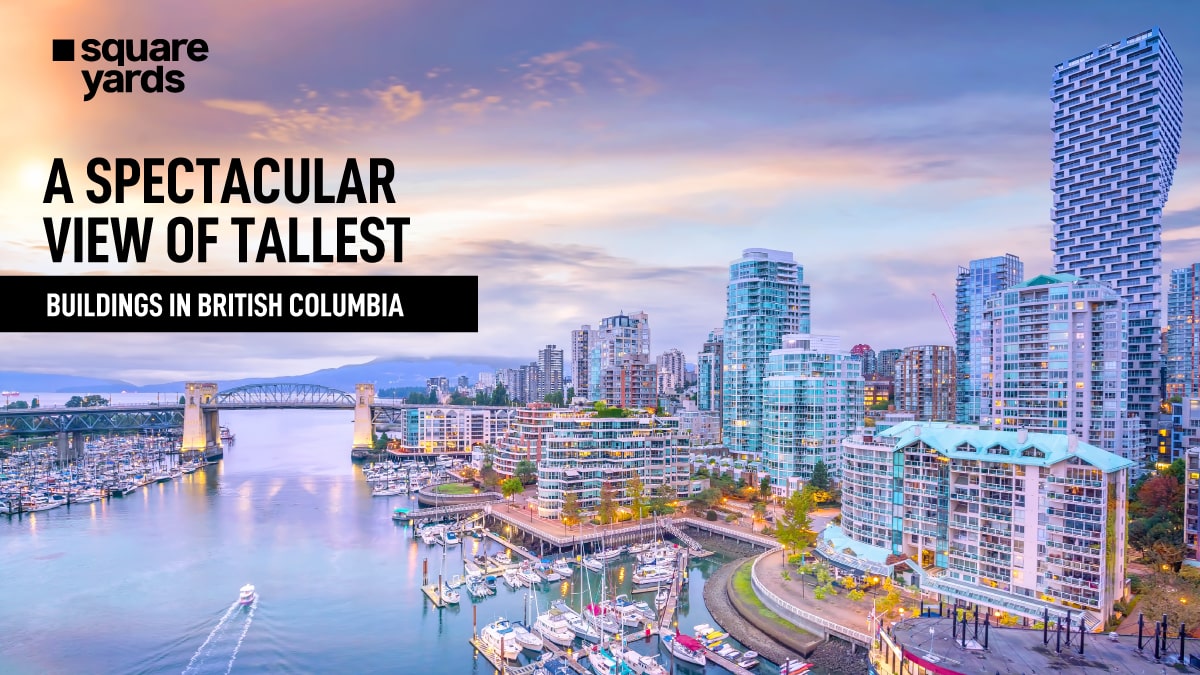 This blog delves into the tallest buildings in British Columbia whilst highlighting their distinctive features.

At 201 metres, the Living Shangri-La is a mixed-use skyscraper in downtown Vancouver and is the tallest building in British Columbia, Canada. The 62-storey tower houses a five-star hotel, spa, offices, and condominium apartments. The Shangri-La building has a stepped tower core design, which reflects the primary building functions and the triangular building mass.

Living Shangri-La stands tall over the city skyline, offering spectacular views of the downtown core and the North Shore Mountains. In addition, it set Vancouver’s record at the time for both the deepest excavation and height, defeating the past record set by the One Wall Centre.

The Paradox Hotel Vancouver, formerly known as the Trump International Hotel and Tower is one of the most luxurious hotel properties in Vancouver. The 188 m tall building is a residential skyscraper and hotel in Downtown Vancouver, British Columbia. Designed by the late architect Arthur Erickson, the building is known for its remarkable architecture design that twists up to 45 degrees from the base of the skyscraper. Due to this twist, each room has a different layout with some amazing views.

The Trump hotel, one of the tallest buildings in British Columbia, was closed down in 2020, citing the economic downturn from the pandemic. However, the Holborn Group ( parent partner) reopened in 2022 under the name Paradox Hotel.

One Burrard Place is the iconic tower, mixed-use development by Reliance Properties and the Jim Pattison Group at Burrard Street, Vancouver. At 550 feet high, it marks a key entrance point to Vancouver’s Downtown, making it one of the tallest buildings in British Columbia. The tower is designed by world-renowned IBI Group Architects. Part of a three-building complex, this high-rise building features 444 dwelling units including 50 rental units and three office floors.

The Private Residences, a 48-storey mixed-use tower was built in 2012 by IBI Architects group for Delta Land Development Ltd. This high-rise condo is located adjacent to the historic Hotel Georgia in downtown Vancouver.

In the epicentre of Vancouver’s International business district, this modern skyscraper  offers a unique urban and luxury experience. Also, it is in close proximity to corporate head offices, leading law firms providing the perfect residential space for those who like to work hard and play harder.

Both the buildings are physically connected so that the residents of the tower can use certain hotel services, such as the spa and swimming pool. At a soaring height of 162 metres, the Vancouver tower is one of the tallest buildings in British Columbia.

Located in the heart of Surrey, 3 Civic Plaza is Surrey’s premium hotel + residential mixed-use tower. Rising to 52 storeys, the Plaza is home to Western Canada’s first Marriott Autograph Collection Hotel. The Plaza is the tallest residential tower in the South of the Fraser. This high-rise building offers unobstructed views of Metro Vancouver and beyond. It sits next to Surrey Central SkyTrain station, Central City Shopping Centre, SFU and more. 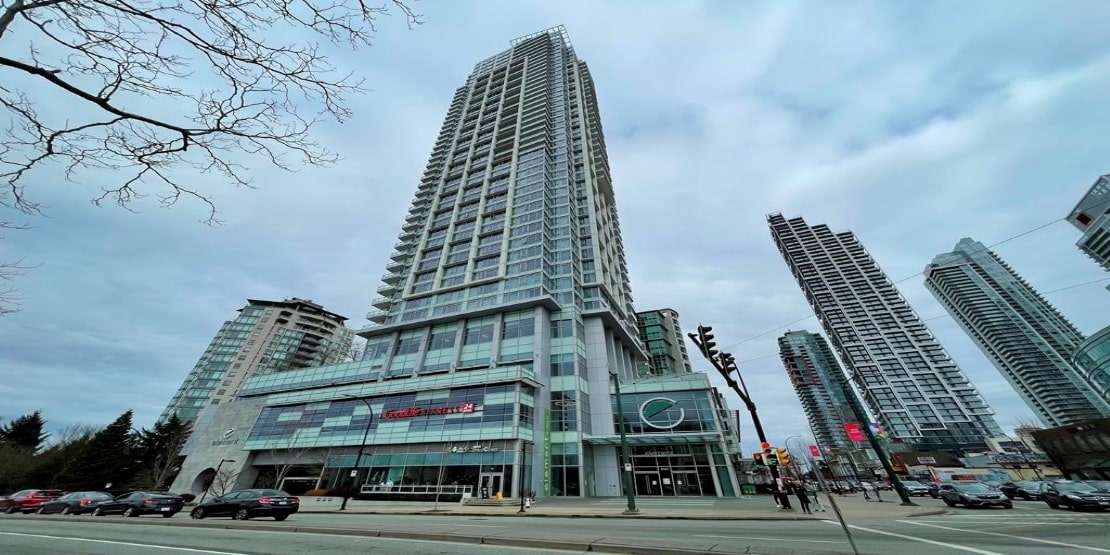 Sovereign is Burnaby’s, 45-storey mixed-use project combining retail space, office space, Element Hotel by Westin, and residential units. As one of the tallest buildings in  British Columbia and the highest in Burnaby by far, Sovereign brings you the stunning vistas of Downtown Vancouver. The high-rise building lies in Burnaby’s cosmopolitan Metrotown neighbourhood with close proximity to SkyTrain Rapid Transit, Crystal Mall, Deer Lake Park and other conveniences.

The world-famous Danish architects Bjarke Ingels Group designed this twisting tower and its accompanying podium buildings. The 59-storey tower takes its shape after the site’s complex urban restrictions – A slender triangle base forms the nine-storey podium, ultimately widening into the rectangular residential tower as it rises to meet the sky. Therefore, the resultant silhouette has a remarkable appearance that changes from every angle increasing the desirable spaces for living at its top, while freeing up ample public space at its base. 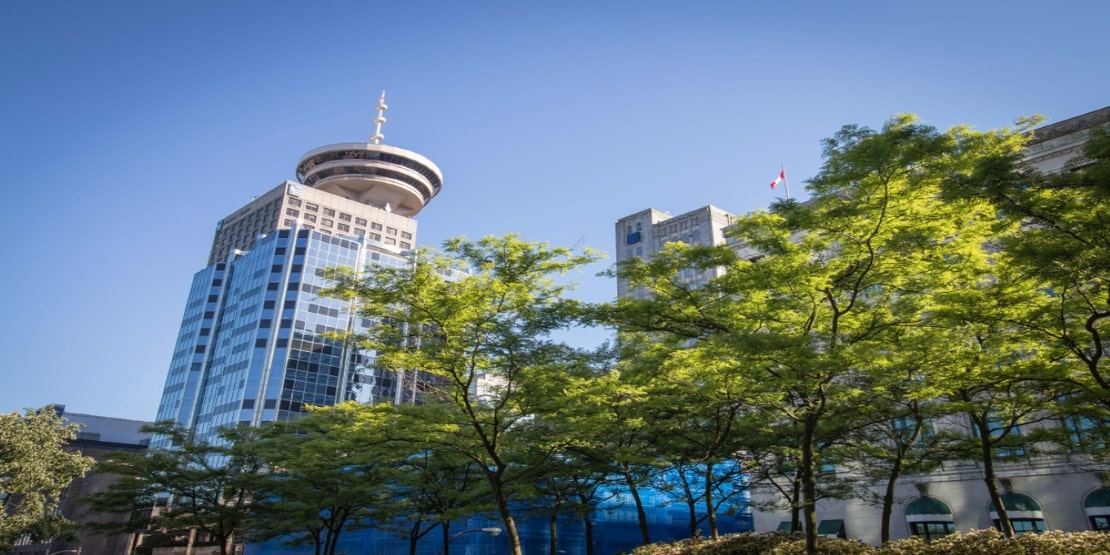 Vancouver’s iconic landmark, and one of the tallest buildings in British Columbia, Harbour Centre a one-of-a-kind complex. Soaring at a height of 148 m this high-rise building has offices, retail and the downtown campus of SFU( Simon Fraser University). Perched above the office tower is a revolving restaurant  The “Lookout” and an observation deck that offers mesmerising views of downtown Vancouver and is a popular tourist destination. 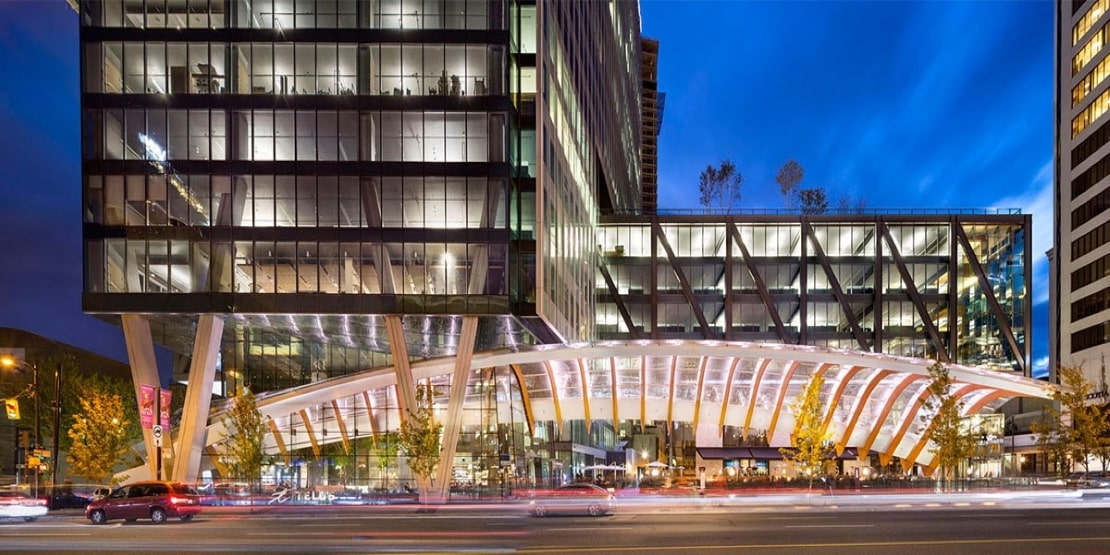 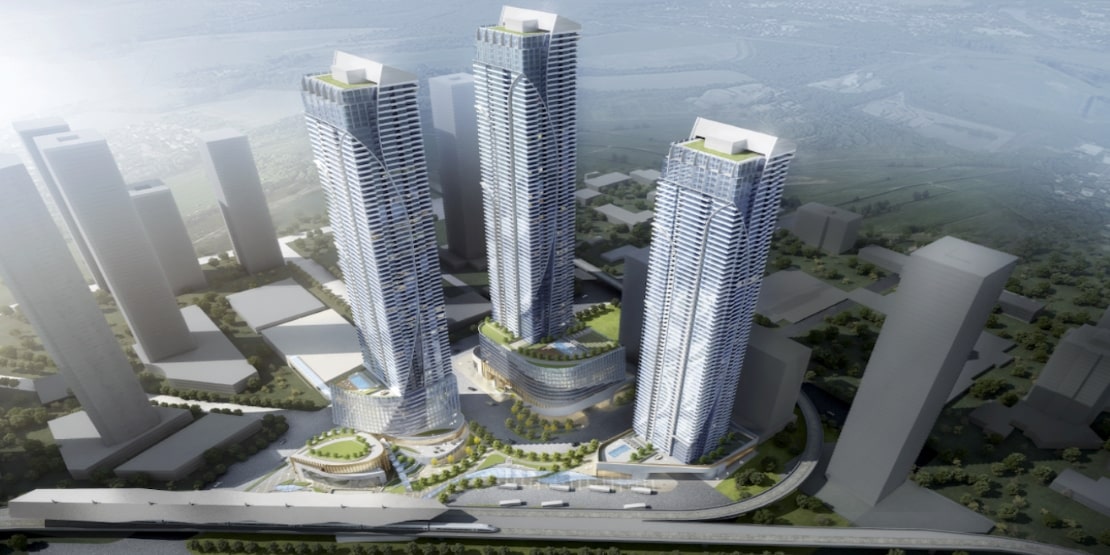 Right next to Lougheed SkyTrain station, A new development proposal is slated to be the tallest building in B.C. — at 259 m with 80 storeys high. The proposed four-tower Pinnacle International is in the early stages of a rezoning application. The upcoming project is within the first phase of development with the east tower at 80 storeys high, and an attached secondary tower reaching 782 ft (239 metres) with 73 storeys. The tallest tower is proposed to consist of 788 condominium units including office and retail space within the podium below the residential floors. Altogether, Pinnacle Development is intended for a total of 2,822 homes within this four-tower multi-use complex at Gatineau Place. It would not only be the region’s tallest, eclipsing Living Shangri-La in downtown Vancouver but all other future tallest towers proposed, planned, or already under construction.

How many skyscrapers are in BC?

British Columbia had 106 existing or under-construction skyscrapers as per March 2020.

What is the oldest building in BC?

Fort Langley Storehouse is the oldest building in BC.

Which is the tallest building in Vancouver?

The tallest Building is the Shangri-La Vancouver, at 201 m and 62 floors.