Home » Lifestyle » What Is The Cost of Living in Alberta?

What Is The Cost of Living in Alberta? 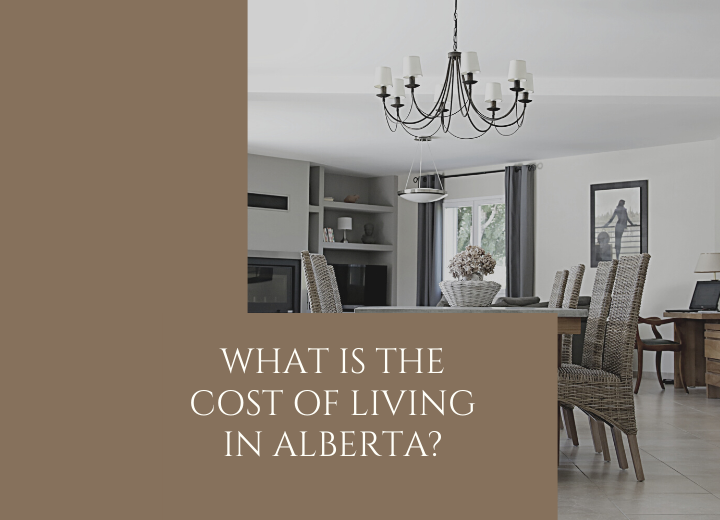 Alberta is one of the most famous destinations in Canada. It is also the 4th province in the country that is home to various expensive cities in Canada, especially for those who are planning to move to Alberta.

But the expense is worth it because the cities in Alberta are the best combination of great job opportunities and high quality of life. Many people look at different destinations within the province as per their preference.

Some people want to move to Calgary while some of them want to go to Edmonton. If you are also thinking of moving to Alberta, then it is one of your best decisions because this will secure your future in every manner.

Here is Why Living in Alberta Matters the Most 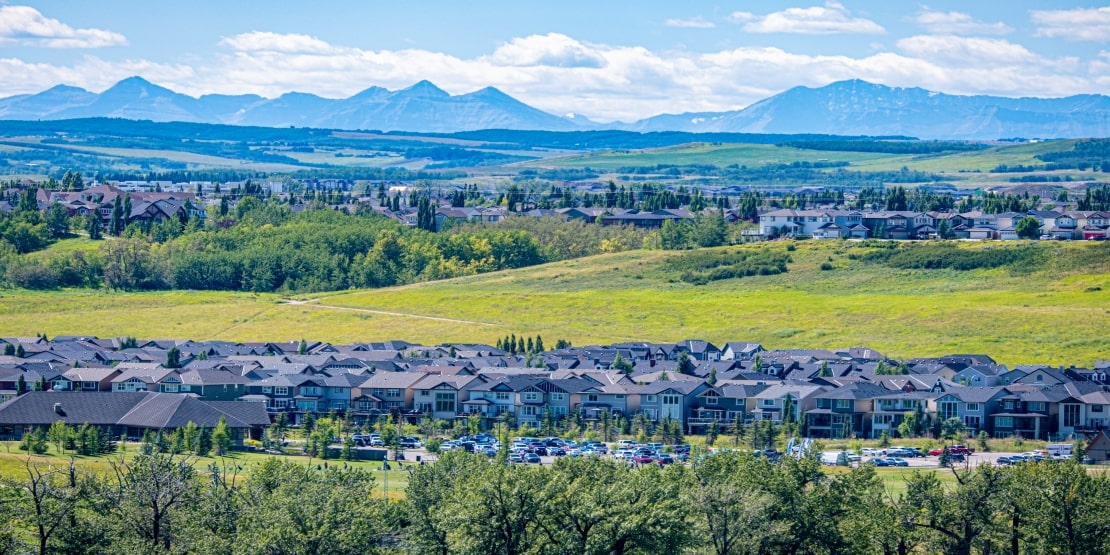 Alberta tops the list in order to buy potential new homes. The province comes with promising growth of real estate and the value of your potential over time. Here are a few major factors that will attract you to Alberta, be it any of its cities regarding education, employment, or nature.

Thus, energy industries are the major contributors to the economy of this famous province. It accounts for about 1-2 jobs out of every 16 available. Alberta is also called out “Canada’s energy province”. Also, it has set the inflow of economic opportunities and enhanced the living standards.

Besides the energy industries, there comes forestry that has brought the net worth of the province to about 6 billion per year. Below, we have discussed some major reasons why your future is safe in Alberta and how you can survive in the 4th most expensive province of Canada.

Reasons: Why do People Want to Move to Alberta? 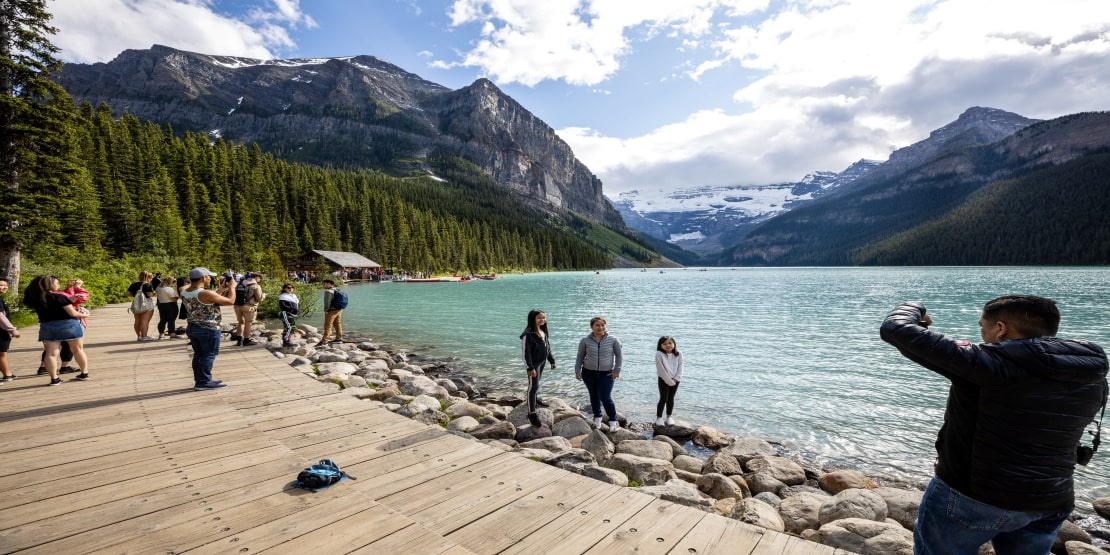 Just like all of the Canadian provinces, Alberta also imposes Goods Sales Tax (GST) on all the purchases made in its cities. Therefore, Albertans are free from big taxes which are imposed in other Canadian provinces, most specifically the Harmonized Sales Tax (HST) and Provincial Sales Tax (PST). Just because Alberta does not impose HST, it helps people manage their cost of living, which actually means that a single dollar of yours will run a long way in Alberta.

As the literacy rate is growing everywhere, employment has also been in demand for a few years now. Well, Alberta is the most opted option when people hunt jobs these days as most of the people who move to Calgary or Edmonton are somewhat younger than the median age.

For this reason, Alberta has many options for job opportunities and many other entrepreneurial endeavors. Such young minds are the major reason behind the growing employment rate in Alberta. If you are passionate about something and have skills then it’s a great place for you.

Well, there are several other factors that hit your mind when you think about moving to some place. Therefore, Alberta gives many reasons to anybody who is looking for a good place to migrate. The province has everything that promises a good future to you, whether it’s your education, career, or the value of your newly bought home.

Whether you like hiking, skiing, or just taking a pleasant walk through the amazing outdoors, Alberta has the best scenery for you. The cuts of the Rocky Mountains are straight through the province, and both Calgary and Edmonton are near the rocky mountains.

Thus, you can choose any of the cities to live your dream life with all the luxury and nature at the same place. Also, there are many open and flat spaces for people who love doing activities on level ground. There are many ski resorts in the Northern America area, also Alberta has something to present to the one who likes to relish the winter sports or any other outdoor activity.

Alberta is amongst the sunniest provinces when compared to the other provinces of Canada. No matter which season is blooming, the province will always get the sunlight. For this reason, people who love the sunlight usually move to Alberta as both Edmonton and Calgary are famous as the sunniest places in Canada.

Both the cities get sunny weather for more than 50% of the days in the year. Even the extreme Canadian winters are not harsh there due to the fact that Alberta is very low in humidity. It means that the air of the province does not lack moisture even in the coldest winters. That is the reason why people enjoy living there and relishing the outdoor activities in the season.

Knowing many facts above, now you must have a rough idea of the population in Alberta. Yes, the province has a very diverse population, and thanks to its geographically large area that welcomes everyone from all over the world.

It means, you can always find a place and niche in Alberta that fits your preferences well. If you love to learn about different cultures, the cultural diversity in Alberta will offer you a great opportunity to learn from different people who belong to different places, races, societies, or religions. You can be yourself in Alberta, as it gives you the real gist of living your life. 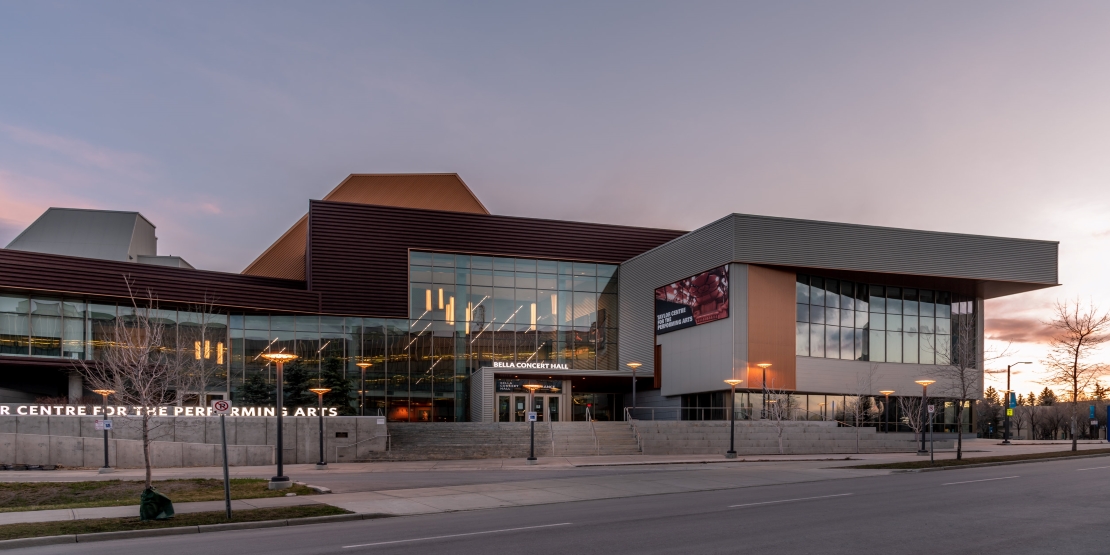 Knowing all the facts about the province, now we have come to sum up the decision with its cost of living. As you know that Alberta has a diverse set of communities and cultures it has set its image for being home to many out there.

People nowadays are willing to move to Alberta and wish to own a house there as the province is facilitating many world-class services to its residents. The cities of Alberta maintain the quality of life and offer different opportunities in every aspect of life to you and your family.

Families who live in Alberta, typically enjoy higher family earnings than the other provinces of Canada. As per the  2018 Canadian Income Survey, the families in Alberta earned a median salary of CA$98,400 excluding tax. It is more than the Canadian average of CA$84,900. Also, it has become the reason why nowadays people are moving to Alberta, buying homes, and ready to live their dream.

The residence of all other Canadian provinces has been imposed with 10% additional payment to all the services and goods i.e. (GST) which is almost paid by all Canadians.

Our communities play a major role in making Alberta a great place to live. Alberta counts small towns to major cities like Edmonton and Calgary. It makes the province suitable for everyone out there and you can easily move to Alberta and buy a property out there wherever the price fits your budget. Hence, the living expenses in Alberta fit the pocket of individuals who decide to live in the province.

There is an excellent education facility in Alberta, with several options based on religion or language. Not just this, but also schooling from kindergarten to 12th grade is completely free and this is a plus for everyone who wishes to move to the province.

The teachers in Alberta encourage leadership, instill confidence and pride in all the students, and create a love of learning. Thus, buying your new home near such facilities will not just benefit the value of your property but also will be advantageous for your future generations. 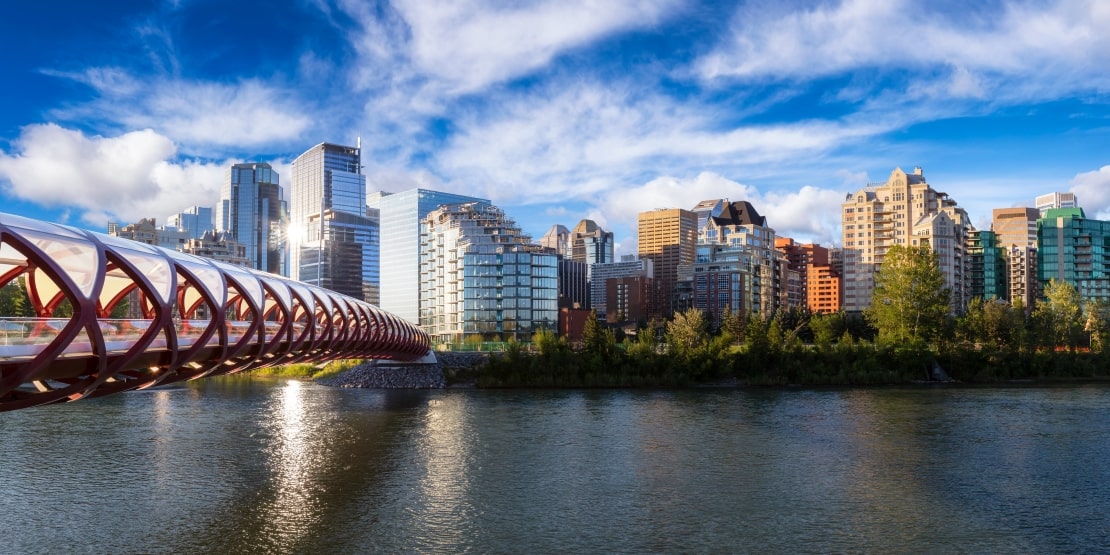 As per several reports in the market, the monthly average cost of living in Alberta Canada is CA$1,928. And as per the November 2018 report of LNN, it is said 4.7% of apartments in the city were available at that time, which was actually down by 5.1% in the year 2017.

The most reasonable place to live in Alberta, according to the reports, is Fort McMurray. CA$439,664 is the average price in the northern city of Alberta, whereas the median single-person household earning in the province is $106,912 and the two-person household salary is CA$221,425.

Here are a few most reasonable housing markets in Alberta:

So, now that you know the cost of living in Alberta, are you thinking of moving there soon? It is a beautiful province with all the advanced parameters that fulfill all the wishes one looks after. Be it industrialization, cultural diversity, education, or even nature,

Alberta is a one-stop place for all nature seekers, as the province encompasses desert badlands, prairies, coniferous forests, mountains, and the province consists of 600 beautiful lakes. Not just this, but also Alberta is rich in mineral deposits and all the residents enjoy the beauty of Rocky mountain Park glaciers in western Canada.

Being a beautiful province of Canada with a smooth public transit facility in its capital city Edmonton, Alberta is in demand for every other reason as it’s a full package that anyone would love to have.

So now when you have checked the real estate price in Alberta, what’s stopping you from moving to your dream place. As above we have given some easy tricks to help you live in Alberta in your budget. You can plan your future by landing in the province by managing your daily routine a little.

What salary do I require to live comfortably in Alberta?

A single person requires around CA$2,771 on average per month to manage monthly expenses, but for families of four, a monthly earning of around CA$5,230 is essential.

What is the average cost of living in Alberta, Canada?

Home to various expensive cities in Canada, the cost of living is high in the province. Still, the overall cost of living permits you to enjoy more liquid earning. And an average accommodation cost of living expenses in Alberta Canada per month, without paying any rent is $703 for a single person and $2,190 for a family of four. And the cost of living mentioned above is 1.02 times less than the national average.

Is moving to Alberta worth it?

Alberta provides better employment facilities, lower taxes, and a very reasonable cost of living than a few other provinces of Canada. But at the time when the province has its appeal, there comes its little downside which speaks of a higher crime rate and few underdeveloped towns nearby. But these are some common drawbacks that every place has, thus, Alberta is worth considering the place.

What is the average house price in Alberta?

Is Alberta a safe place to live?

Personal security and safety top the list when you consider relocating to a new place. Alberta is usually considered as one of Canada’s safest provinces, but a few areas are safer than the others.

« Learn the Cost of Living in Toronto
Real Estate Is Better Than Crypto Currency Investment – How? »