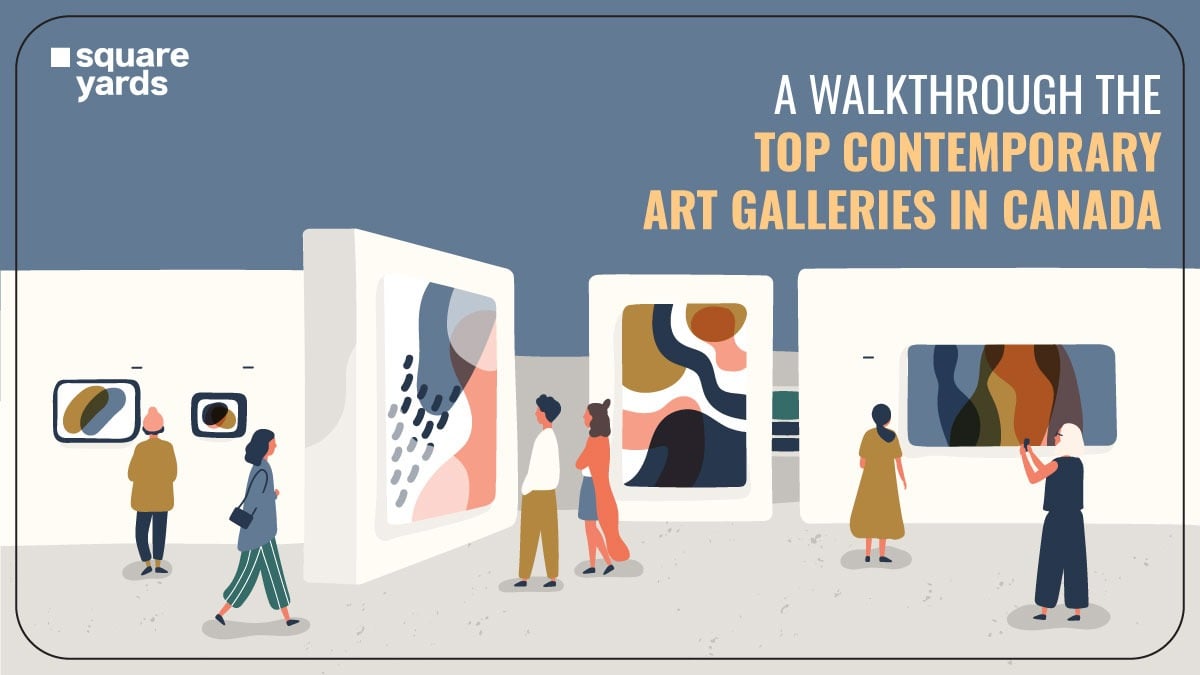 Contemporary art is defined as artwork produced by living artists. Often, it reflects the complexities of our global, diverse, and ever-changing world. Through their art, contemporary artists explore their personal or cultural identity, offer critiques of social, political, and institutional infrastructures, or even attempt to redefine art itself. Contemporary art is believed to be thought-provoking and insightful. An open mind, full of curiosity, and acceptance of dialogues and debates are some of the best tools to approach a work of contemporary art with. In this blog, we will explore the best Toronto Art Gallery that the city has to offer.

Contemporary Canadian Art is preceded by countless years, at least a thousand years of artistic expression by native people of Canada of First Nations, Inuit, or Metis descent, as well as the landscape tradition from the early 20th century by the Group of Seven (Algonquin School) painters, who depicted the country’s expansive territory as a near-mythical wilderness.

From great establishments to new ventures, Toronto Art Gallery, Canada challenge art, push the boundaries of contemporary art, and ignite thought-provoking dialogue through the diverse range of art exhibits in Toronto. Art galleries in Toronto bring together the finest contemporary art from artists from their home country and across the world, exhibiting a diverse range of artistic expression.

The next time you’re in Toronto, block your calendars to check out some of these amazing art galleries! 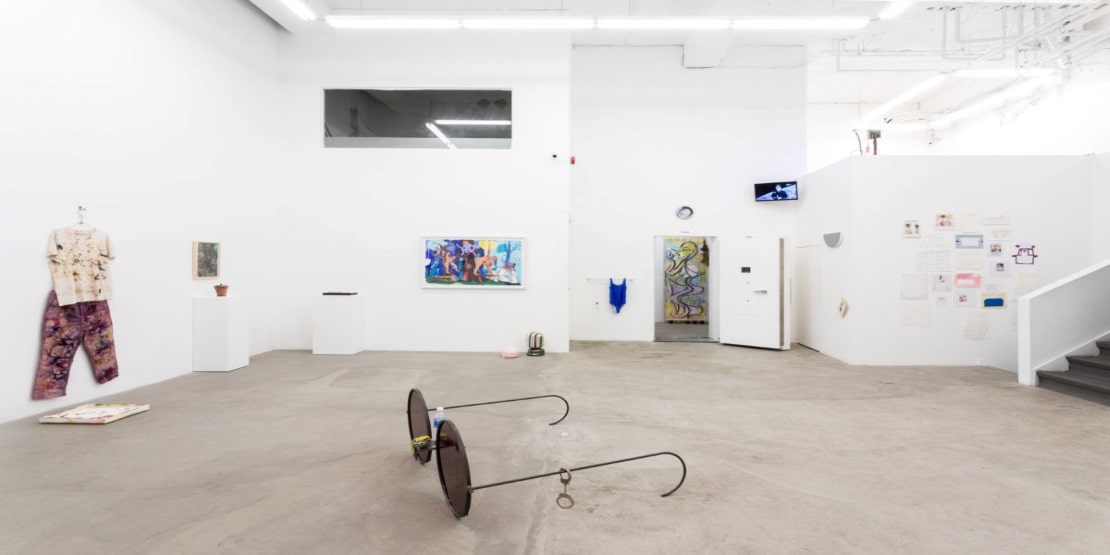 The Cooper Cole art gallery in Toronto was inaugurated in 2009 by Gallerist, Simon Cole, replacing his previous gallery space, “Show & Tell,” an art exhibit in Toronto with exhibiting fun and spunky street art. Cooper Cole came about in Cole’s quest to distance himself and his growing roster of artists from the movement.

The now modified gallery space showcases varying forms of art, from abstract, conceptual, and modern paintings to sculptural installations. Cole reiterates that the art gallery has no set style and he refuses to be streamlined into one specific artistic vertical. He aims to bring a younger and a fresher voice to the Toronto Art Scene by featuring local and American artists in their mid-to late twenties. Artists who have been featured by Cooper Cole include Todd James,  Jen Stark, Jeremy Jansen, and Tessar Lo, among so many others. 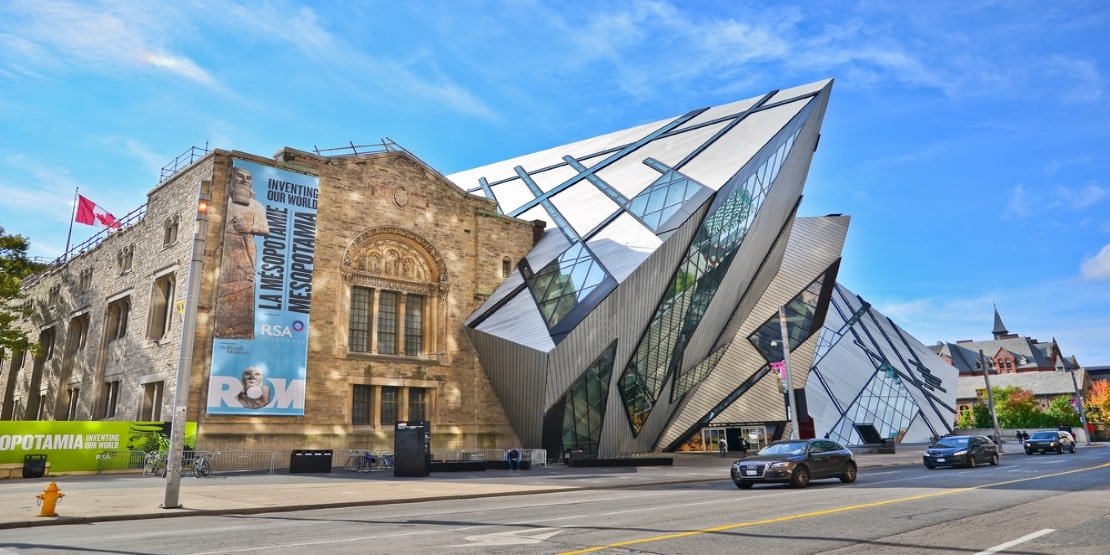 Formerly known as the Museum of Contemporary Canadian Art (MOCCA), is a museum and art gallery in Toronto, Canada. It is an autonomous, registered charitable organisation.

The art gallery was founded in 1999 by the former Art Gallery of North York. MOCCA in 2005 moved to a repurposed textile factory in West Queen West Art + Design District, Downtown Toronto. The City of Toronto Government graciously funded the half-million dollar renovation of the space.

Described as an “unshowy show of Art”, the art exhibit in Toronto has showcased more than 80 exhibits and projects in their space, including about 800 artists, including Suzy Lake and Kris Knight. The gallery has also showcased group exhibitions of work by non-Canadian artists. Since 2001, the museum has showcased exhibitions and projects in other countries like the United States of America, France, Germany, Spain, Italy, Taiwan, and China. 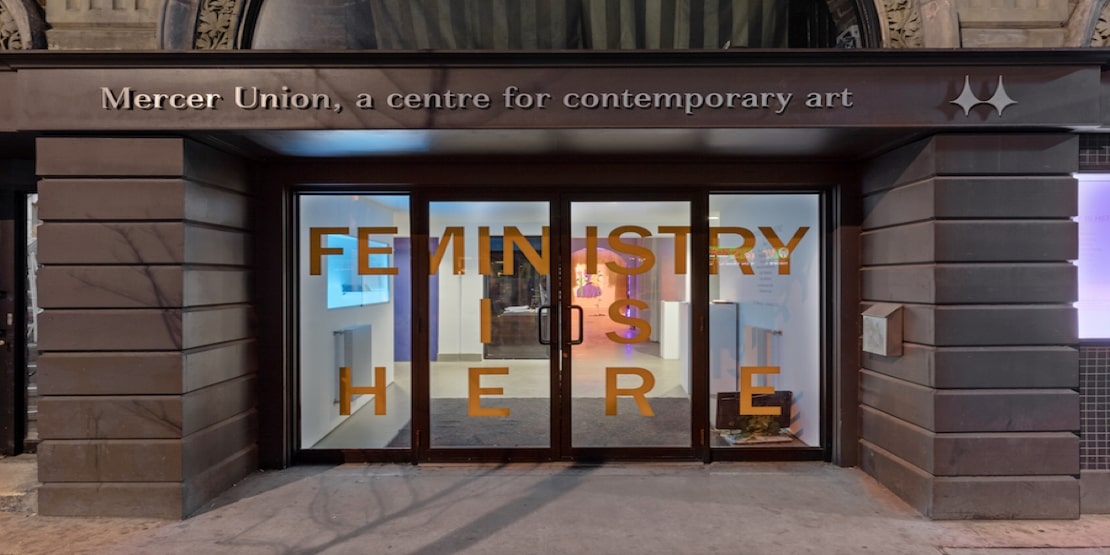 Founded by 12 exemplary artists who each contributed $1,500 to purchase the lease on an 1800-square-foot space in Downtown Toronto in 1979, Mercer Union is a non-profit, artist-centered space and an art gallery in Toronto. Mercer Union has a unique record of exhibiting innovative and creative exhibitions by diverse Canadian and international artists in both the formative and established stages of their careers. Mercer Downtown supports the expression of new and experimental art and assists artists in realising important projects.

Mercer Union possesses the flexibility to take on ambitious projects and foster a personal and encouraging environment for artists to hone their skills and take risks with their art. The art exhibited by the art exhibit in Toronto plays a key role in shaping the cultural and artistic landscape of Toronto, Canada, and beyond. 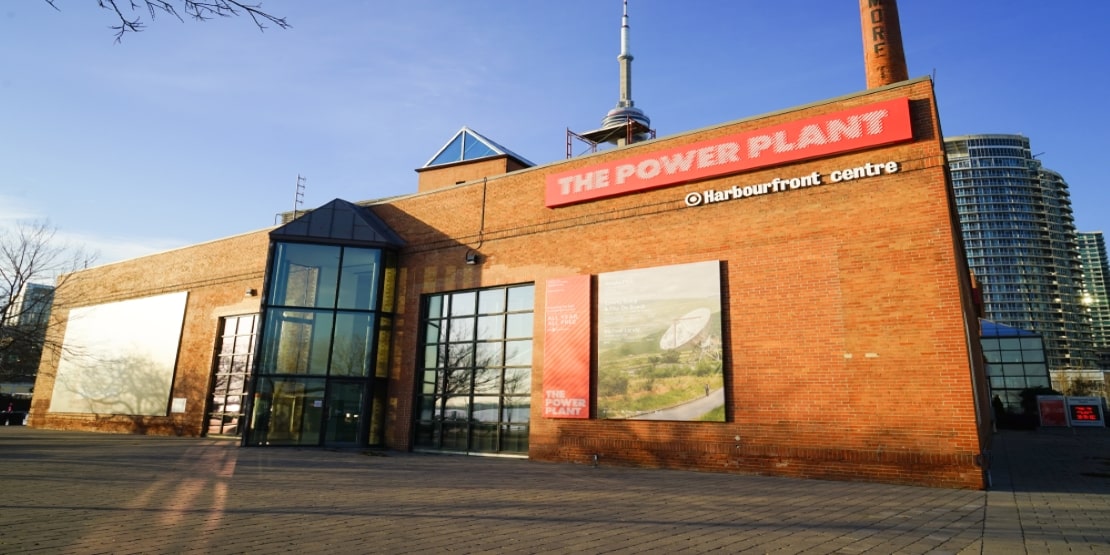 The Power Plant is one of Toronto’s most established contemporary art exhibits in Toronto. Located in an actual power plant that was operational for most of the 1900s. An iconic structure, the power plant is widely recognised for its smokestack and outwardly facade. The Toronto art gallery is situated amidst the tourist landscape of Harbourfront. Away from the hustle-bustle art scenes on West Queen West,  Yorkville, and the Distillery District, the Power Plant still receives each year artists and gallery supporters. People flock to the art gallery for its much-anticipated fundraiser and art party that is known as the Power Ball. 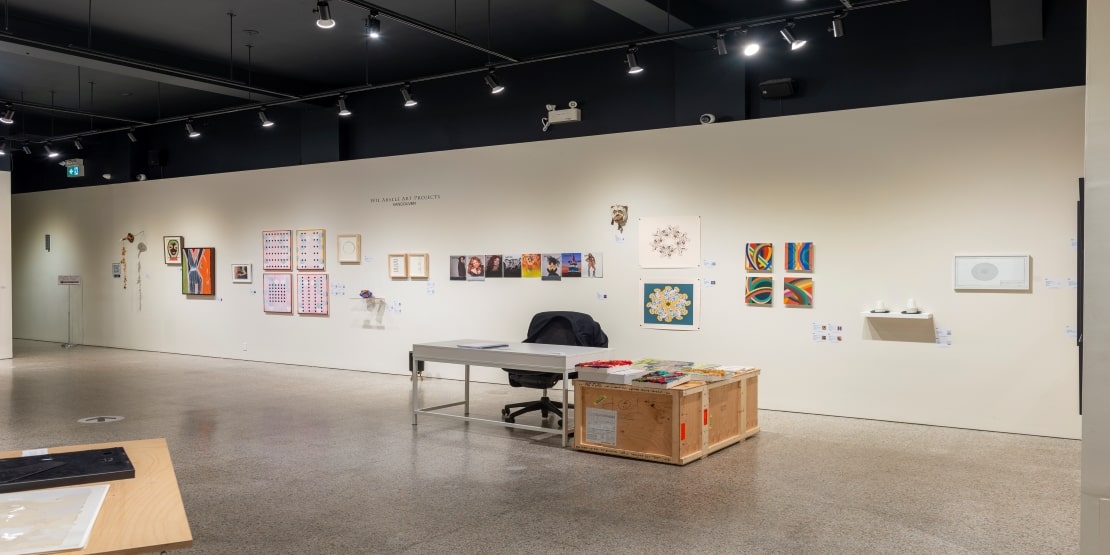 In 1994, Stephen Bulger founded his gallery while working as a Technician at the Ontario College of Art and Design. Even since, the gallery has organised over 150 exhibitions showcasing photographs that are either international, contemporary, or historical in nature. The Stephen Bulger Gallery represents many different Canadian and International photographers including Sunil Gupta, Pete Doherty, and Jeff Thomas, and showcases a huge collection of over 15,000 photographs, with a particular keep interest in documentary and historical photos from Canada.

Even though the gallery works with collectors of all levels, the Toronto Art Gallery especially specialises in working with and offering holistic guidance to first-time buyers. CAMERA, Toronto’s premier lounge, gallery venue, and screening room, is housed at the gallery along with the gallery bookshop, which has over 3,000 titles on photography. Stephen Bulger is the co-founder of CONTACT, as well as Toronto’s annual photography festival. 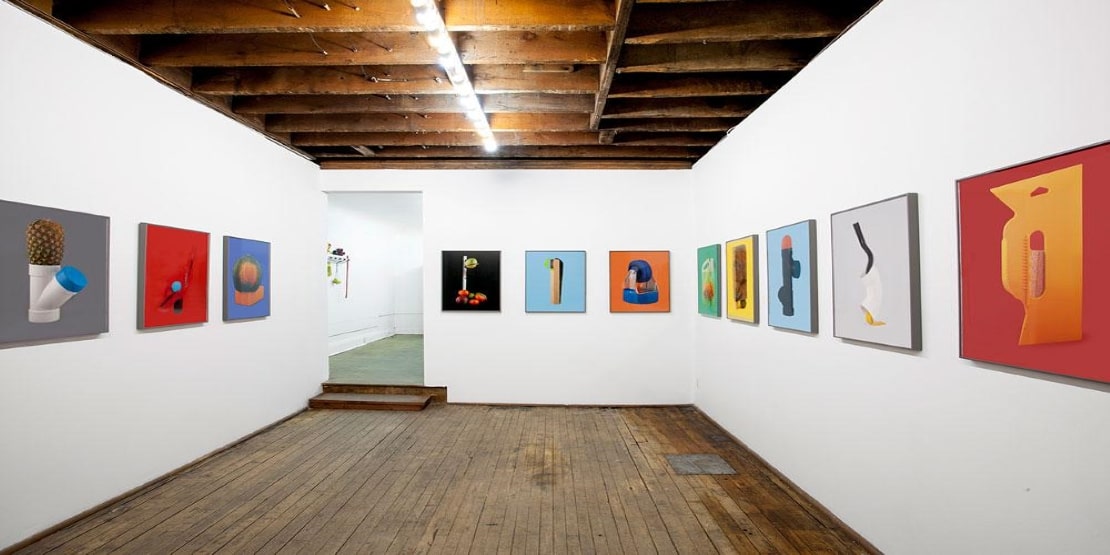 The Clint Roenisch Gallery was founded in 2003 in a space just next door to the Museum of Contemporary Canadian Art (MOCCA) in Downtown Toronto. The Toronto Art Gallery beautifully represents a huge selection of cross-generational artists working in different forms of art, across photography, painting, film, installation, and sculpture, and over the course of some years, has built up a splendid roster of international artists. Many international artists, like Roger Ballen (Johannesburgh) Heather and Ivan Morrison (Wales) and Marcel van Eden (Zurich) have showcased their works of art at Clint Roenisch as their premier solo exhibitions in Canada.

The gallery has also exhibited exquisite artworks by renowned artists such as Richard Serra, Nan Goldin, and Louise Bourgeois. A lot of the artists hosted at the art exhibit in Toronto have exhibited at or been collected by recognised institutions such as the Centre Georges Pompidou, MoMA and the National Gallery of Canada. 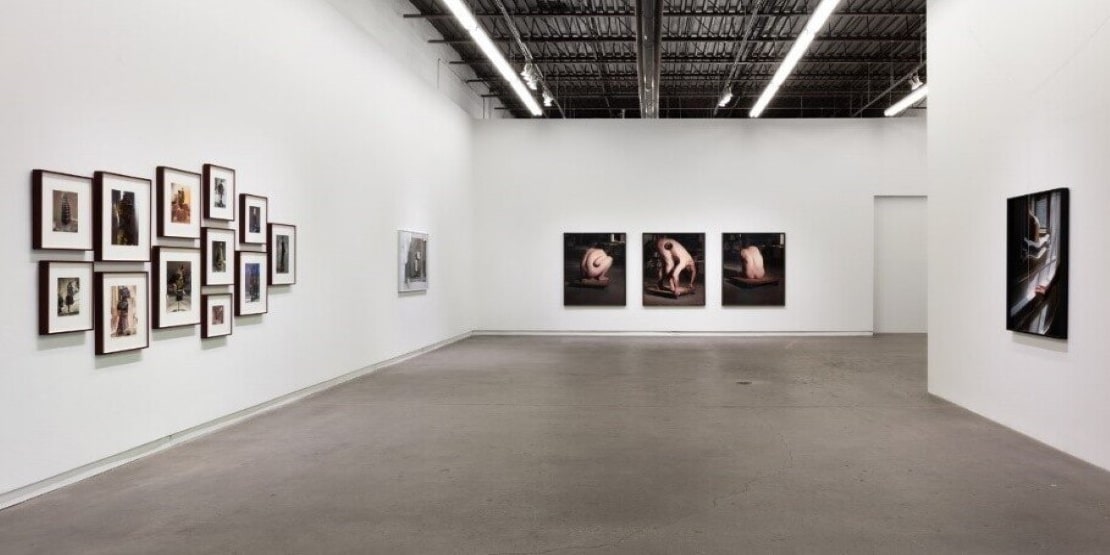 Housed in a converted warehouse in Bloordale Village, Daniel Faria Gallery is a contemporary art space. Founder extraordinaire, Daniel Faria, has worked in the gallery space for more than a decade, lodging the right relationships, the best reputation, and the zeal to open his own art exhibit in Toronto in 2011. This relatively new space was very well received in the Toronto art space and has exhibited some of the biggest names in Canadian art.

Presently, the Toronto Art Gallery has a very selective roster of 10, predominantly Canadian artists including Chris Curreri, Shannon Bool, and Kristine Moran. The International artists represented by the Daniel Farida Gallery include German-born Iris Häussler. Her multimedia works have been featured in numerous prestigious shows, among others. Her solo show Iris Häussler As The Frog in 2015 was a huge success. 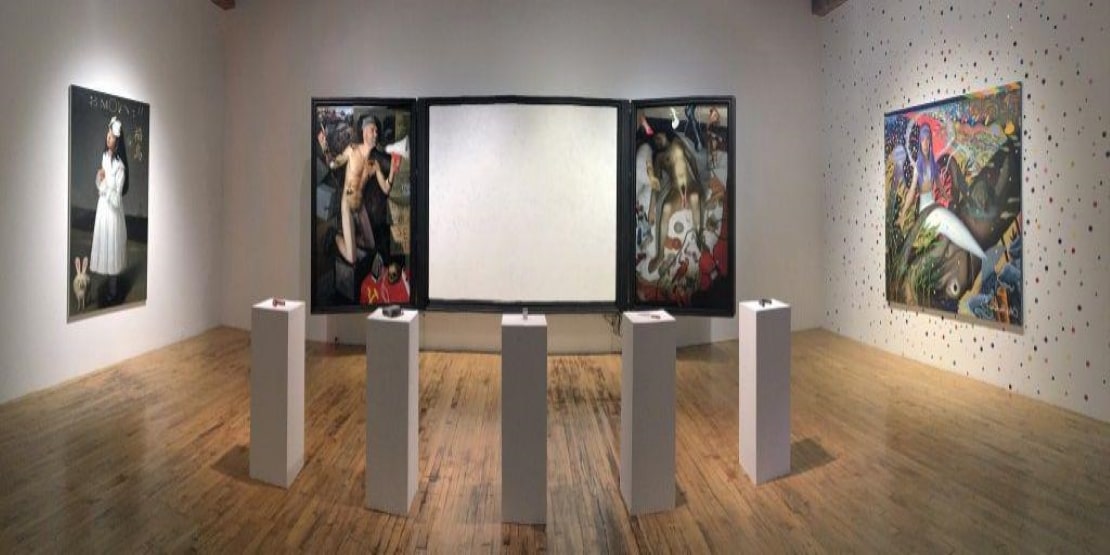 Working entirely with art produced by artists of high calibre from Canada, United States of America, Britain, Czech Republic, Denmark, and Germany, the Christopher Cutts Gallery is among one of the top commercial fine art galleries in Toronto. The Toronto Art Gallery has been in operations since 1986 and deals exclusively in critically acclaimed, fresh, and historical works of modern and contemporary art.

The gallery’s extensive programme comprises of Estates of historically significant Canadian artists, recognised mid-career artists, established senior artists, and important emerging artists from around the world. In particular, Christopher Cutts, in particular, shows interest in emerging artists who are exploring the segments of media, representation and interpretation of contemporary art-making. The gallery currently represent 45 beautiful creative minds, such as Christy Langer, Ron Martin, Andrew Rucklidge and Sherri Hay, and exhibit very regularly at famous contemporary art fairs – Art Toronto and Art Miami, among many others.

What are the types of art galleries?

There are many different types of art galleries, the most common being the Commercial Art Gallery but you can also find mega-galleries, Vanity Art Galleries, Exhibition Spaces, Artist-Run Galleries etc.

How do you know if art is contemporary?

The work of contemporary artists is a very dynamic combination of materials, concepts, subjects, and methods that challenge traditional boundaries and defy the easy definition. Diverse and eclectic, contemporary art is distinguished by the very lack of a uniform organizing principle, ideology, or -ism.

What do contemporary artists do?

Is Mona Lisa a contemporary art?

The Portrait of Mona Lisa is an exquisite masterpiece of art history, which, created by the great master Leonardo da Vinci between about 1503 and 1505, persists to be a popular subject in contemporary art, but it is renaissance art and not contemporary art.

Meghna Chakraborty Definitely, on the spectrum of being socially awkward, Meghna prefers to write over, clumsily explain what she wants to say! No matter how much she says she likes you, if you have a dog, she'll probably like your dog better.... A couch potato, she chills harder than you party! She's also a very proud Hufflepuff!

Meghna Chakraborty Definitely, on the spectrum of being socially awkward, Meghna prefers to write over, clumsily explain what she wants to say! No matter how much she says she likes you, if you have a dog, she'll probably like your dog better.... A couch potato, she chills harder than you party! She's also a very proud Hufflepuff!
sticky-form