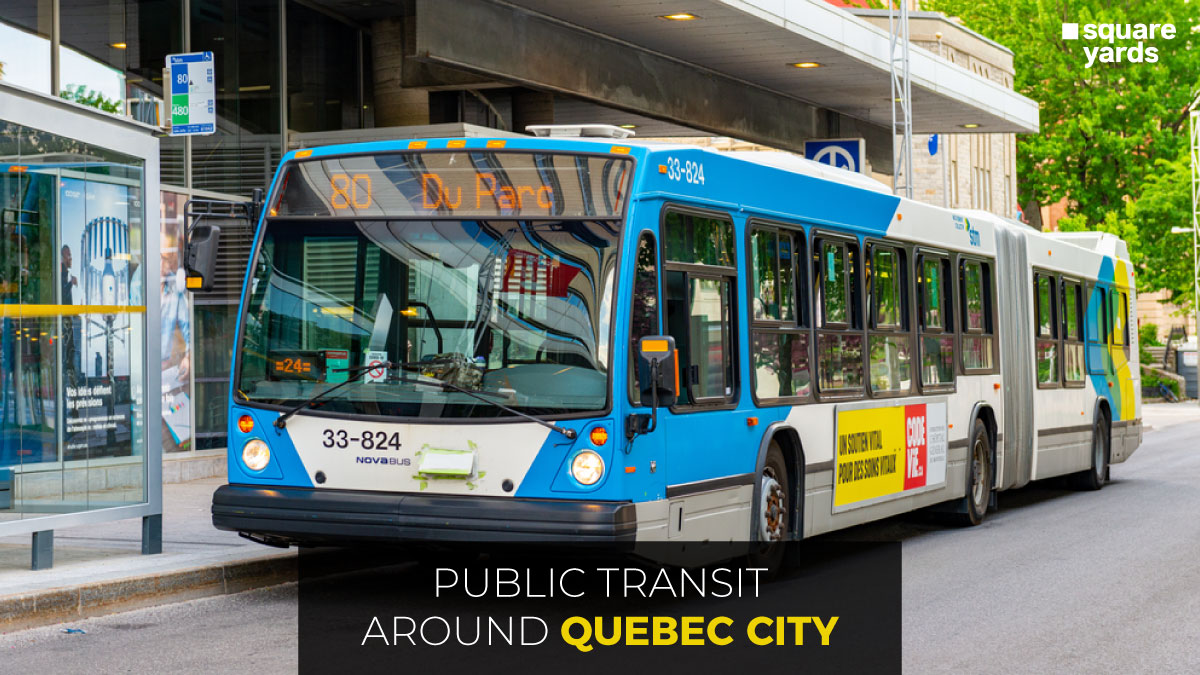 Quebec City is a beautiful, peaceful, and historical city; reaching there is a dream come true for many. However, the Quebec City public transit may seem like a quagmire if you are new and know nothing about the place. But suppose you apprise yourself with the right information on various modes of Quebec city transit, with planning. In that case, you can get to the most desirable places with minimal effort without splurging on the transport fare in Quebec. Let us give you a quick review of Quebec City public transportation!

Traveling the Streets of Quebec 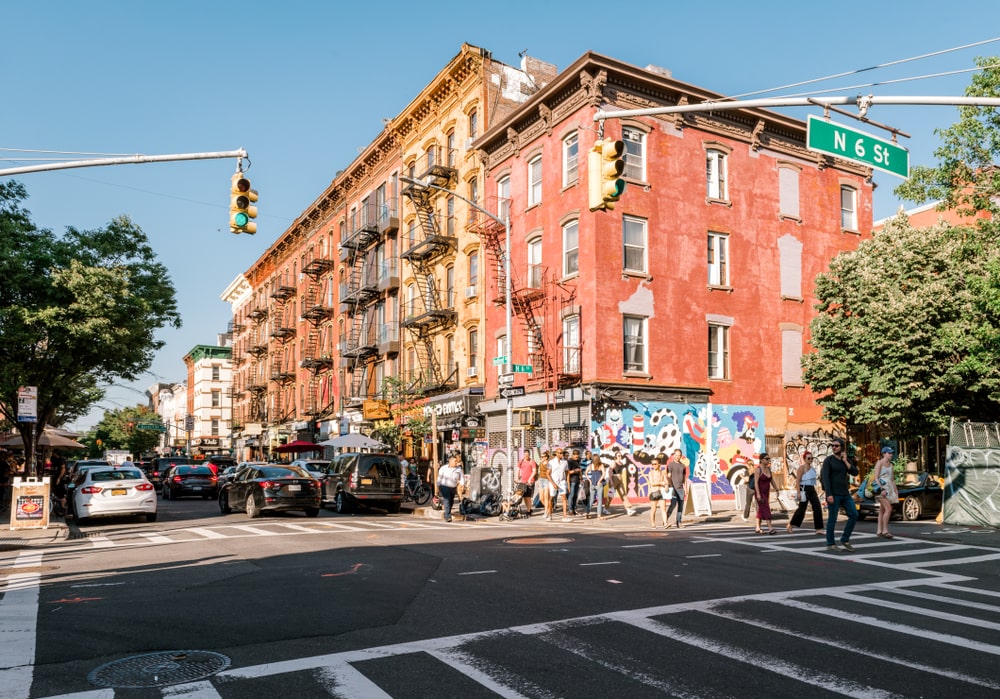 Quebec occupies a vast territory of up to 1,500,000 km2. Its size is three times that of France and 6.3 times that of the UK. You can walk on foot and take in the fantastic trails and walls of Old Québec. You can take the metro and bask in the fascinating views of the historic city.

Experience the funicular that connects Haute-Ville (upper town) and Basse-Ville (lower town). You can rent a car or a bike at Jean Lesage International Airport (YQB) and travel around the Old Port and the river road to the suburbs. Discover the city via a taxi, local bus, or train – the most commonly used modes of Quebec city public transportation. 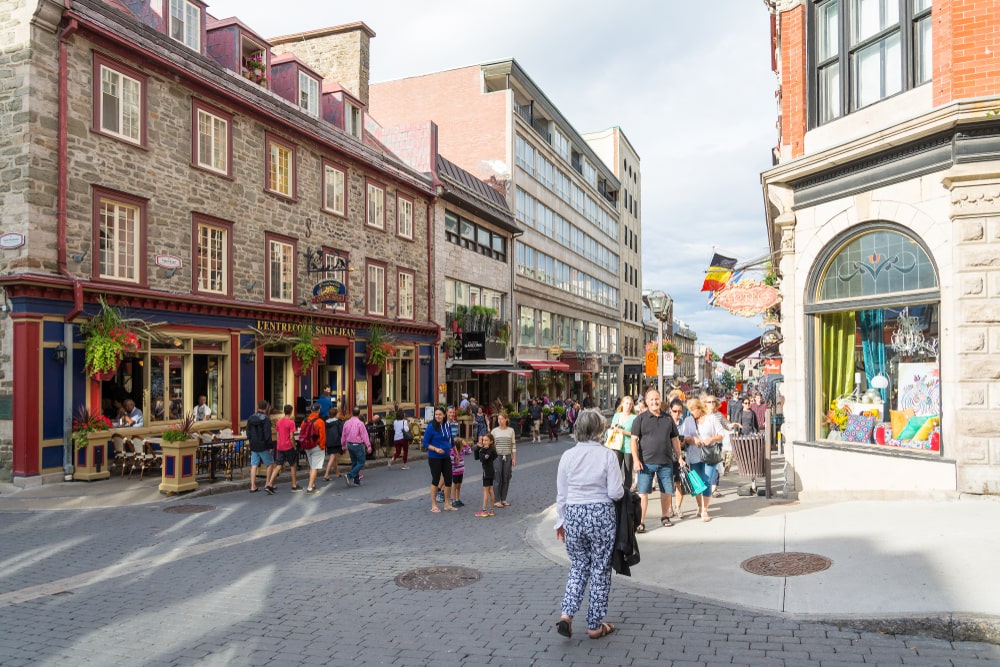 One of the most eco-friendly, sustainable, cost-effective, and highly recommended ways to explore Quebec City is on foot. Suppose you want to enjoy each moment spent in the city and grasp its authenticity and magnificence. In that case, you must wander the placid streets, be in awe of the buildings, relax on a patio, and appreciate the authentic Quebec multi-cuisine and culturally-rich food on the way.

Old Quebec is a UNESCO World Heritage Site, and summers are massively hoarded and pedestrianised. Consider taking professional advice from a tour guide before you set out on a walking tour to get a rich feel of the city.

Driving or Riding in the City of Quebec 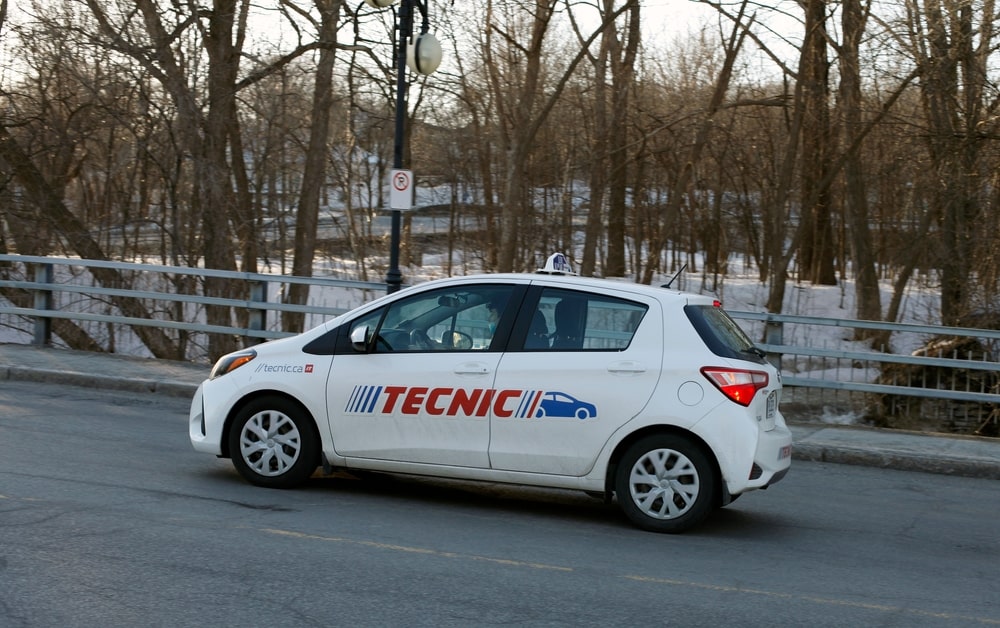 Québec’s road network expands approximately 325,000 km, connected by 30 highways and nearly 200 roads. You can drive or ride on the streets of Québec if you carry a driving licence from French-speaking and English-speaking countries. Otherwise, you may apply for an international driving license from your country.

Road network list is provided by the Ministère des Transports du Québec. Société de l’assurance automobile du Québec (SAAQ) clearly specifies the driving rules in Québec. The roads and highways are toll-free, except for a few parts of Highway 25 and Highway 30

Want to enjoy an adventurous ride near the river or delve into the suburbs of Quebec City? Check out the exceptional bike paths online, which start from the Old Port and run along both river banks. This 5-mile Corridor de la Rivière-Saint-Charles route is apt for a thrilling bike ride (both cycle and motorbike) that doesn’t encounter much traffic.

However, riding a bike to get around in the city isn’t advisable, given the hills of Old Québec. You must note that motorbikes are not permissible inside the old city walls except if you have a pre-planned hotel reservation inside the walls.

Before you decide on renting a car, we must warn you about the difficulty in parking spaces. Besides parking, the gas prices in Canada are charged by the litre, which makes it more expensive than the prices in America. A car is only practical if you are going on a day trip. In that case, we recommend that you wait until the day of the rental.

Distances and speeds are indicated in kilometres per hour, and US driver’s licences are valid to drive in Quebec. You must understand a few car driving guidelines before you rent one:

Some of the best car rental companies in Quebec are: 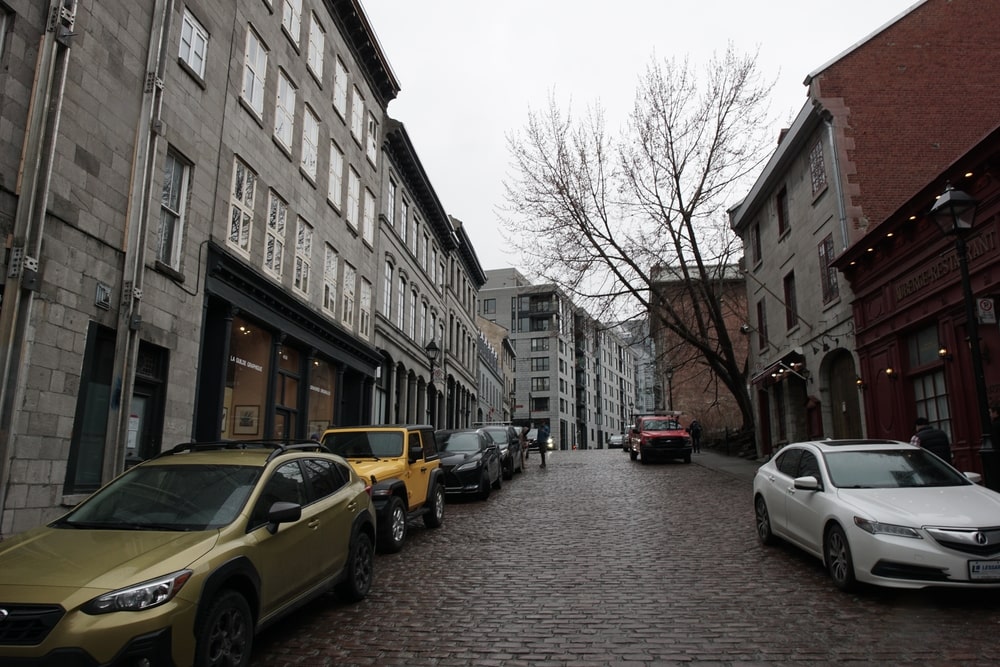 Paid parking lots are well-managed throughout Old Quebec. Quebec City is a walkable city, so you won’t need your car except if you consider touring Île d’Orleans or the city’s outskirts. Most parking meters operate from Monday through Saturday from 9:00 a.m. to 9:00 p.m. and Sunday from 10:00 a.m. to 9:00 p.m.

In Quebec City, a taxi is helpful only if you are not comfortable travelling via buses/trains or after a late night of clubbing and drinking. Uber and Taxi Coop Quebec are some of the most viable taxi options. You can easily identify one with the sign on the roof. Generally, the meter starts at approximately CAD 3.45, and each additional kilometre costs CAD 1.70.

Experience a Ferry Ride to Levis 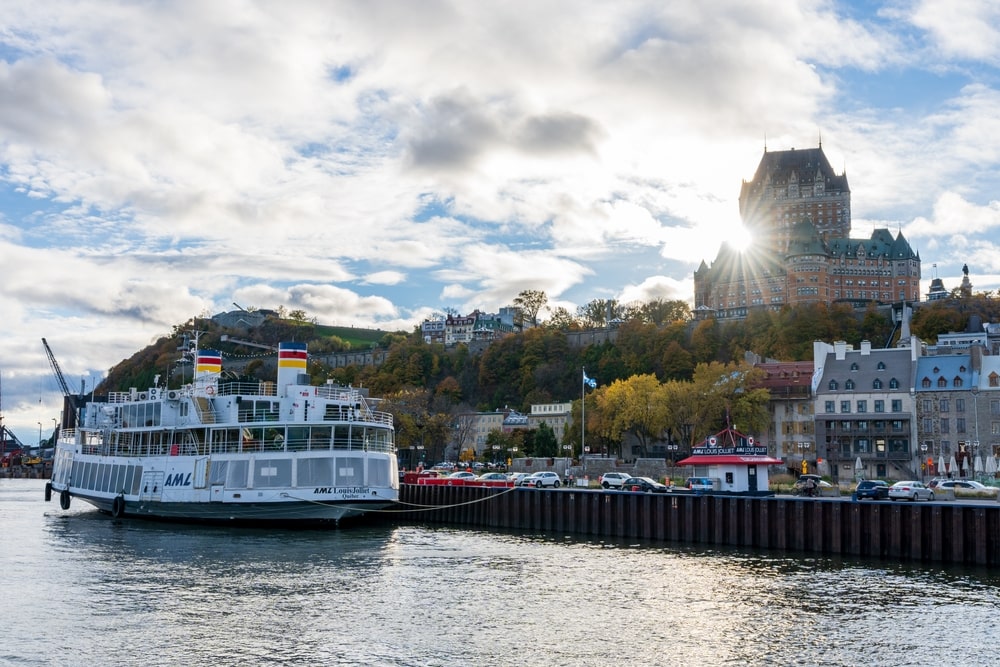 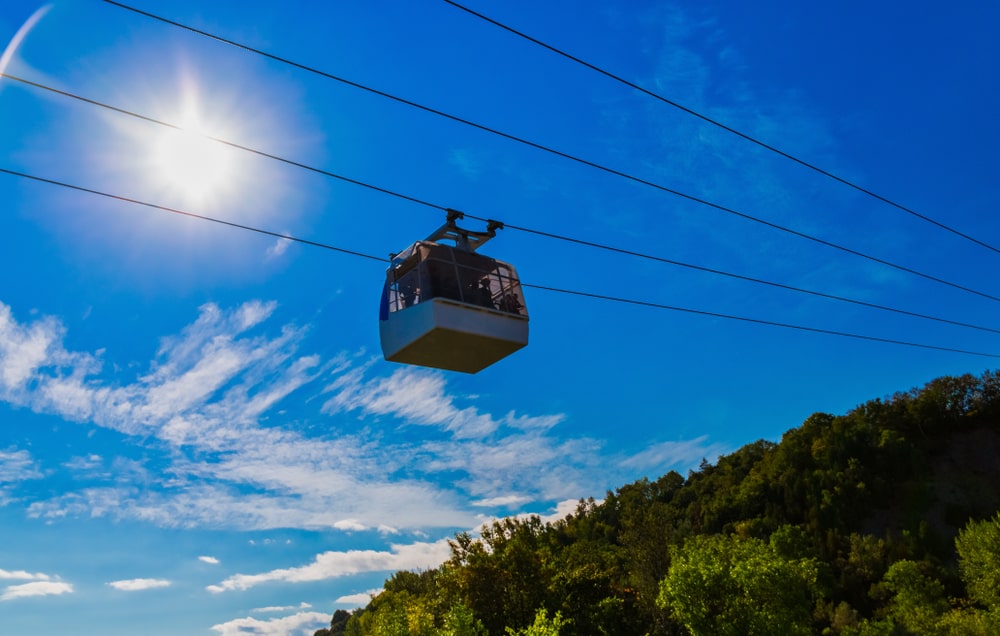 Take the funicular or the cable car ride from Basse-Ville (Lower Town) in Old Québec to Haute-Ville (Upper Town) and save yourself from the steep climb. The ride saves your energy and offers spectacular views. The funicular operates from 7:30 a.m., but the closing time varies between 11 p.m. and midnight, depending on the season. The funicular ride transport fare in Quebec is approximately CA$3 per person. 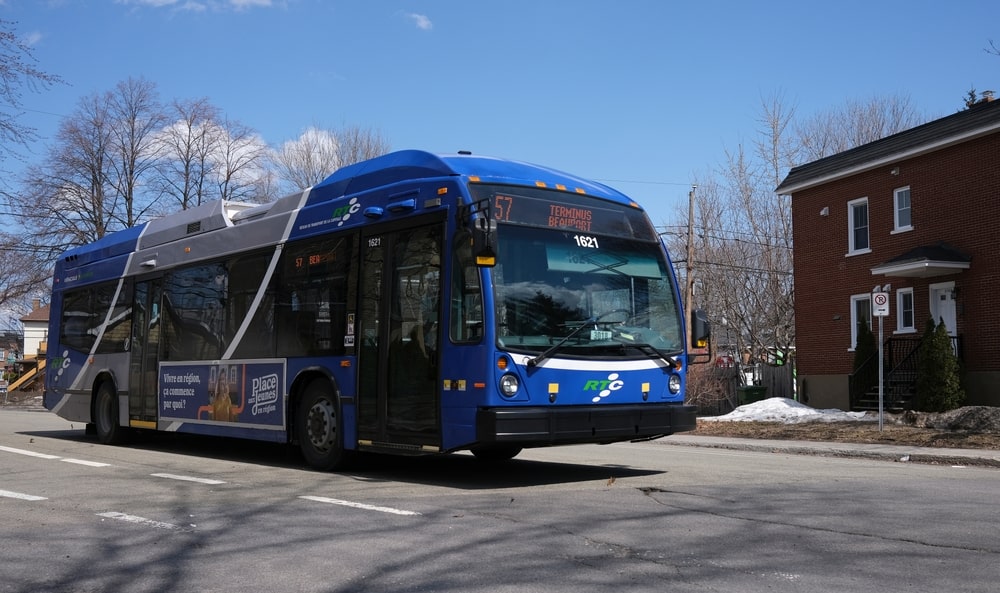 Quebec city public transportation through bus services is well constructed, well-managed, and includes stops at the best tourist attractions such as the Citadel and the Museum of Civilisation. All buses are operated by Québec City’s Métrobus  or Réseau de Transport de la Capitale (RTC). To know everything about the routes, Quebec city bus schedule, and real-time bus information, you can refer to their website or download their application on your mobile.

6 bus lines provide transportation throughout Old Quebec. All intercity buses serve Québec City’s two bus terminals which you can choose as per your travel needs:

Transport fare in Quebec and Passes 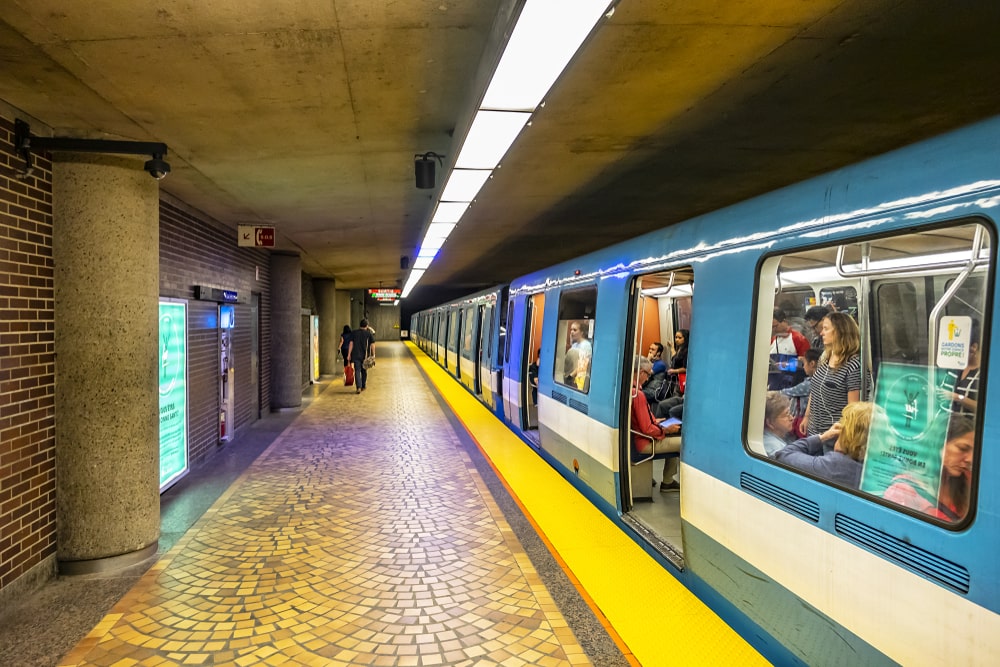 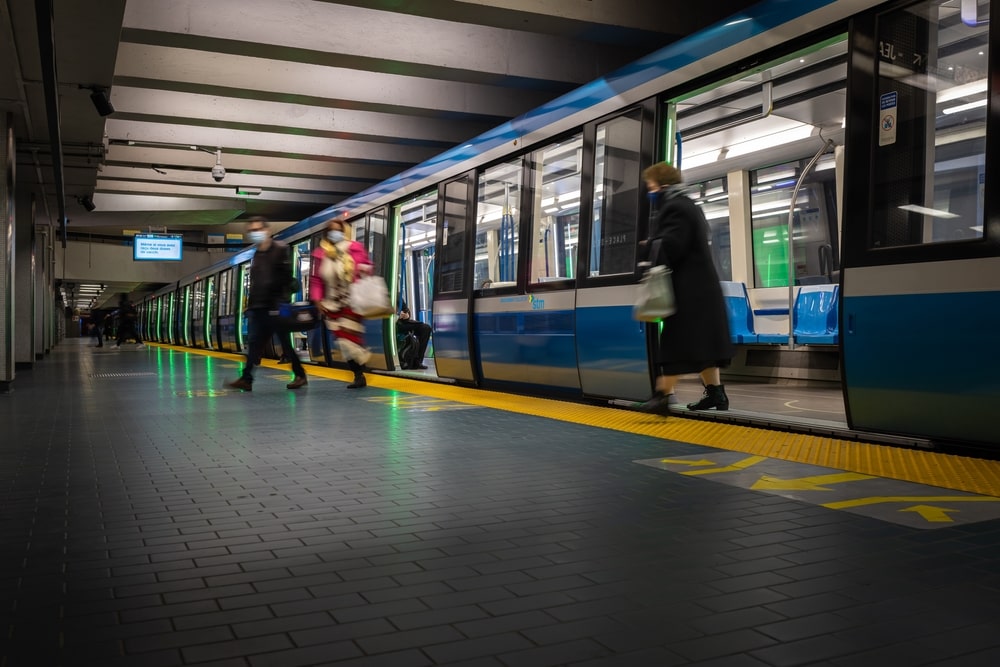 Unless you’re driving in Quebec City or planning to rent a car, getting to areas outside the city can be a challenge! Fortunately, many attractions offer a shuttle service from Old Quebec City. 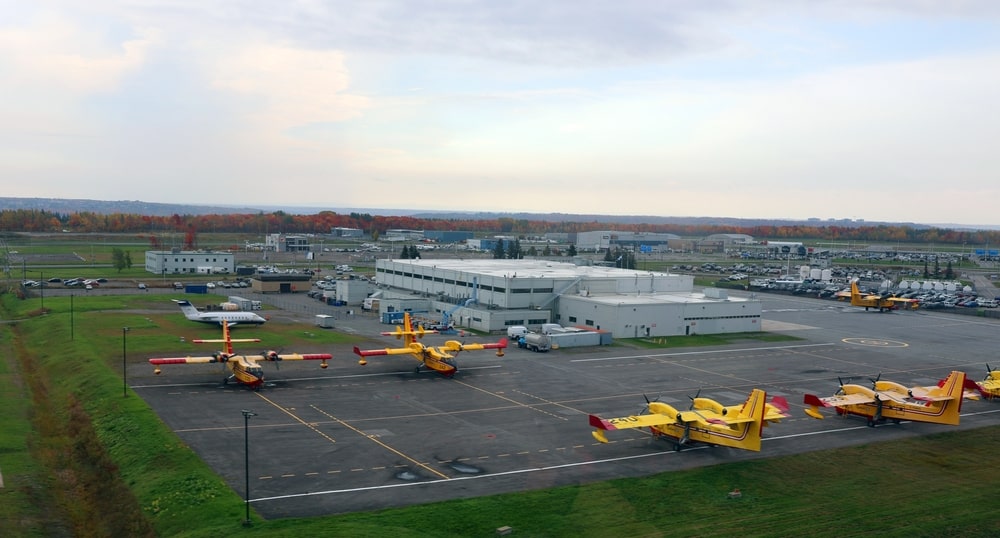 Moving Around Quebec in an Economic and Ecological Way 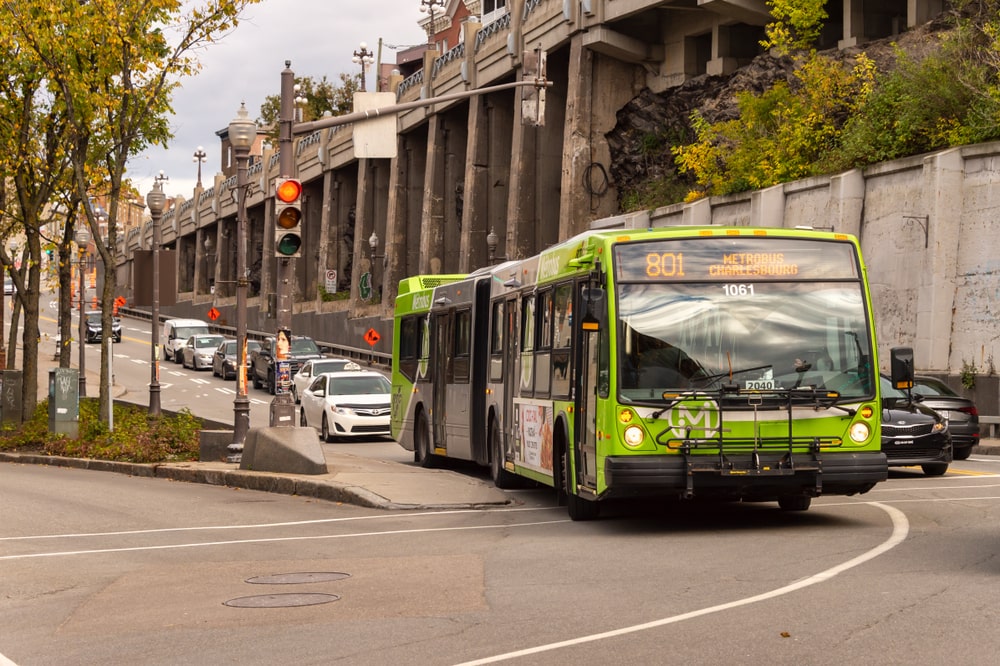 Whether you plan to explore and discover the marvellous UNESCO World Heritage Site – Old Quebec on foot, by bicycle, by public transport, or by the tourist shuttle bus, there are several ways to move responsibly and visit the places of interest in the region.

The aforementioned tips will help you save some bucks, delve into the most feasible modes of Quebec City public transportation, and thoroughly enjoy the city’s beauty, appealing culture, and picturesque architecture.

Does Quebec City have a metro?

Yes! The VIA Rail Canada daily service between Toronto, Ottawa, Montreal, and Québec City is available.

How to visit Quebec without speaking French?

French is the province's official language, and approximately 80% of the people are native French speakers. However, speaking French is certainly not mandatory and not substantial to get around the provincial capital, Quebec. It's all about attitude. The charter stipulates that everyone in Quebec has the right to be served in French. Workers who deal with the public must speak French well enough to communicate with the public in French.

Are there Ubers in Quebec?

Yes! You can easily book an Uber ride in Quebec.

What documents should I bring with me before moving to Quebec?

The list of documents to bring with you are: Québec Acceptance Certificate (CAQ), Passport or another travel document, Other identity documents, Civil union contract or civil union certificate, Birth certificate, Family record book, Prenuptial agreement, marriage licence, or cohabitation agreement for common-law spouses, Valid driver's licence. Other important documents if you plan to move into Quebec are: Diplomas, study certificates, and other school certificates, Courses and internships taken, Certificates of employment, Employment contract with your Quebec employer, Training or refresher certificates, Certificates of continuing education activities, LORs or Letters of recommendation from past and current employers, Authorisation to exercise a profession or trade, Proof of professional qualifications, Proof of financial capacity, Title deeds or letters of recommendation from previous owners, Current resume Medical and dental documents, vaccination card, and proof of social security from your country of origin

What are the transport options from Quebec to Montreal?