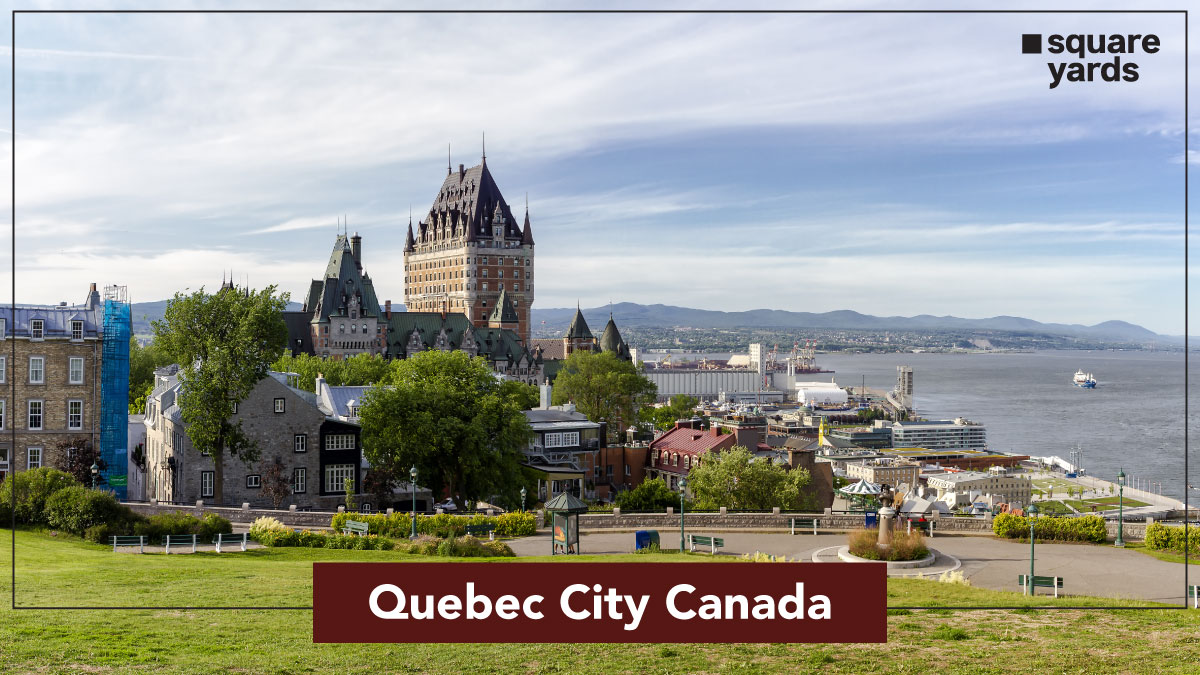 Are you planning a trip to Canada but wondering about the best places to visit? If yes, then you don’t need to wonder anymore as we are here with a recommendation of a city in Canada that’s worth seeing. The Old Quebec City in Canada is a palace that will leave you awestruck! It delivers an old European feel with magnificent attractions, top-notch restaurants and great weather. Not only this, but the city’s friendly vibe, history, and countless attractions make it a matchless travel destination every year. So, let’s dive in and gain a better understanding of Old Quebec City Canada along with its history, things to do, and much more!

What Does the History of Old Quebec City in Canada Hold? 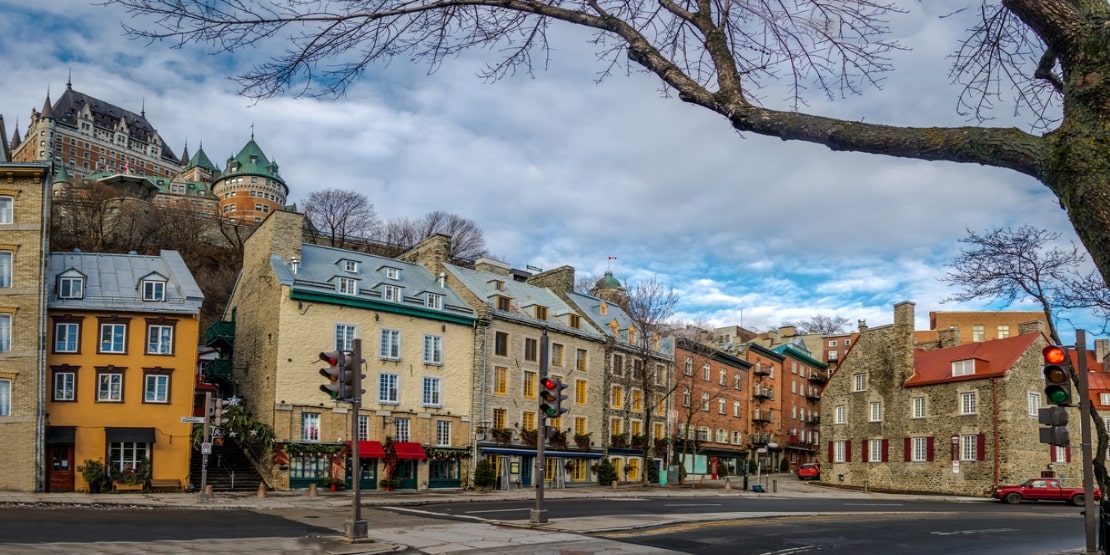 Established in the early 17th century by the French explorer Champlain, Quebec City in Canada holds a distinct yet unique old-world character and charm. In 1985, the city was recognised as a UNESCO World Heritage site. With its fortification walls, dramatic cliff-top location overlooking the St.Lawrence River, and much more, Quebec City, Canada is unlike any other North American city. You will be surprised to know that Quebec City in Canada was besieged five times in its entire history and was finally conquered by the British in 1759. And today, it is the heart of French culture.

Old Quebec’s historic district is an urbanised area of nearly 135 hectares and comprises two parts, i.e., the Haute Ville or Upper Town, and the Basse Ville or Lower Town. The former is seated atop Cap Diamant and protected by a citadel, ramparts, and some other defensive structures. On the other hand, the Lower Town grew up all around the Place Royale and the harbour.

The city of Quebec generally goes by the name of Latin Quarters and is referred to as the Old City in the tourism genre. With an extended history of 400 years, the heritage and charm of the city are incomparable. You can even discover Old Quebec’s long history at its museums, namely, Musee du Fort, Musee des Ursulines and Musee de la Civilisation.

What is Old Quebec City in Canada Famous For? 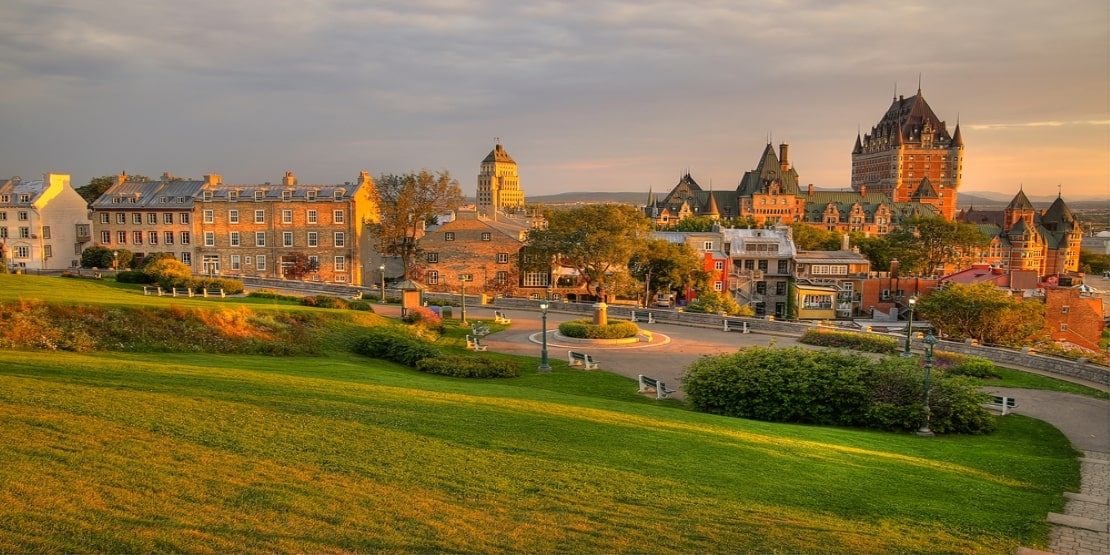 Quebec in Canada is a multicultural and lively province that is generally referred to as the ‘Europe of North America’. The city is quite famous for its rich settlement history, powerful tourism industry, predominantly French-speaking population, and much more. One thing that sets Quebec apart from all its Canadian neighbours is the city’s European feel and preservation of French culture.

The listicle below involves the top things that make Quebec one of the most unique destinations in North America: 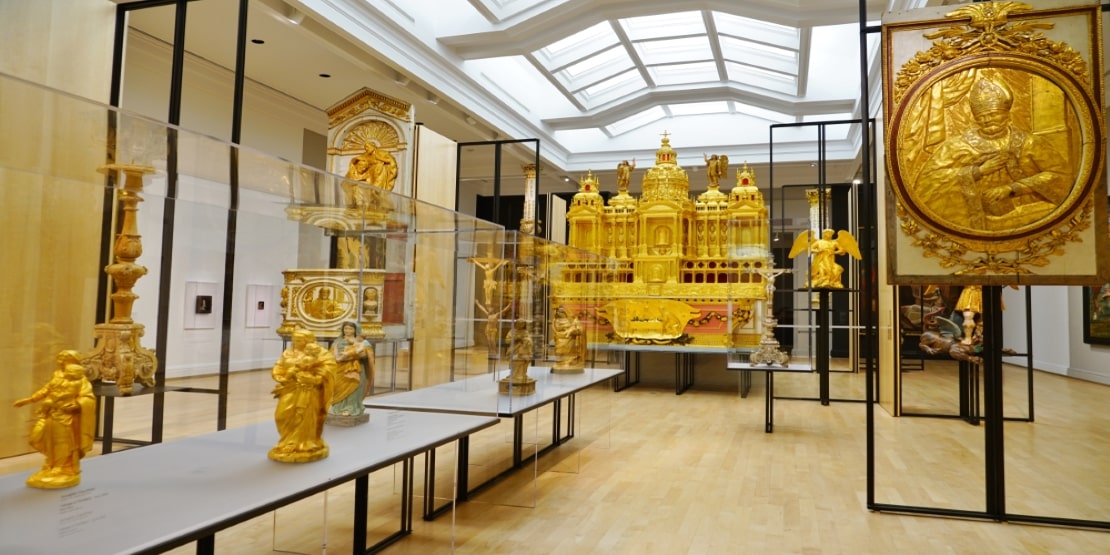 It’s time to slip on some comfortable sneakers and walk your way through Old Quebec City’s 400 years of history. Unlike anything else outside of Europe, Old Quebec City in Canada has a plethora of sites worth seeing.

If you wish to take a turn at a hotspot with an eye-catching view, then Terrasse Dudderin tops the list of attractions and things to do in Quebec City. This is the prime location to have a view of the fireworks during Les Grands Feux Loto-Quebec. Summers in this spot invites a hurricane of entertainers vamping thei rgigs. During winters you will come across thrill-seekers of different age groups hurtling down a century-old wooden toboggan run. Apart from this, you can even climb a few steps to the Promenade des Gouverneurs for an awe-inspiring panorama of the city, the river, and the surrounding mountains.

Explore the Place Royale, which is a spot where Old Quebec City Canada was founded. Place Royale is one of the famous Quebec City attractions in the Lower Town. This is where Samuel de Champlain built the first permanent settlement in North America  in 1608. This place is not just the symbolic heart of the city, but the entire province. It is a modest cobblestoned square lined with some famous restaurants and shops. Moreover, there’s a church that sits in the middle of the square and that church has been rebuilt multiple times over the past three centuries. To the north of the square, the Musee de la Place Royale covers the prolonged history of the square and its inhabitants, starting with Champlain.

No matter what time of the year it is, Montmorency Falls will surely enchant you with its panoramic views. A visit to this famous falls in Quebec City is definitely a rewarding experience. You can spend a couple of hours gazing at waterfalls or hiking the trails. It’s a famous picnic spot for families, where you can do a handful of fun activities like going on a hike or taking a cable car ride to the top. For the ultimate adrenaline rush, the hiking involves some exciting rock-climbing and zip-lining across the falls. Montmorency Falls, which receives an average of 900000+ visitors per year, is a must-see on your next trip to Quebec, Canada.

With so many things to do in Quebec City and its long history, Old Quebec City Canada must surely be at the top of your travel list. Undoubtedly, the city is magnificently rich, but it still maintains modernity as well. While you enjoy the beauty and history of the city, the locals keep you entertained with events and festivals, and that, too, is free of cost. So, what are you waiting for? Plan a trip to Old Quebec City in Canada by following the suggestions in this guide.

What is Quebec City best known for?

What language is spoken in Quebec City?

French is the official language of 78% of Quebec’s population. Also, English is another language that has a significant number of speakers in the city. Last but not least, Arabic has the third-highest number of native speakers in Quebec City Canada.

What are the reasons to visit Quebec city?

Some of the top reasons to visit Quebec City include getting a sneak peek inside Le Chateau de Frontenac, visiting the Maison de la literature; for the authentic beauty of the surrounding landscape; visiting Montmorency falls; enjoying top-notch museums; etc.

What is the best time of year to visit Québec City?

Winter is the best time of year to visit Quebec City Canada as the city is at its most magical under a blanket of snow. And, if you wish to avoid the tourist season, then you can plan a visit from April to June, instead of July, August, and September.

What is the coldest month and temperature in Quebec?

As per weather records, the coldest month in Quebec City is January and on the coldest days of the year, the temperature can drop to -30°C or below.

Riya Tayal Riya is a content writer who started writing just after completing her Digital Marketing course from Delhi. She is a creative writer offering digital content that gains readers attention. She loves working on long form content like blogs and articles.
sticky-form