Home » Canada Tourism » Things To Do » Things to Do in Ottawa

16 Exhilarating Things to Do in Ottawa 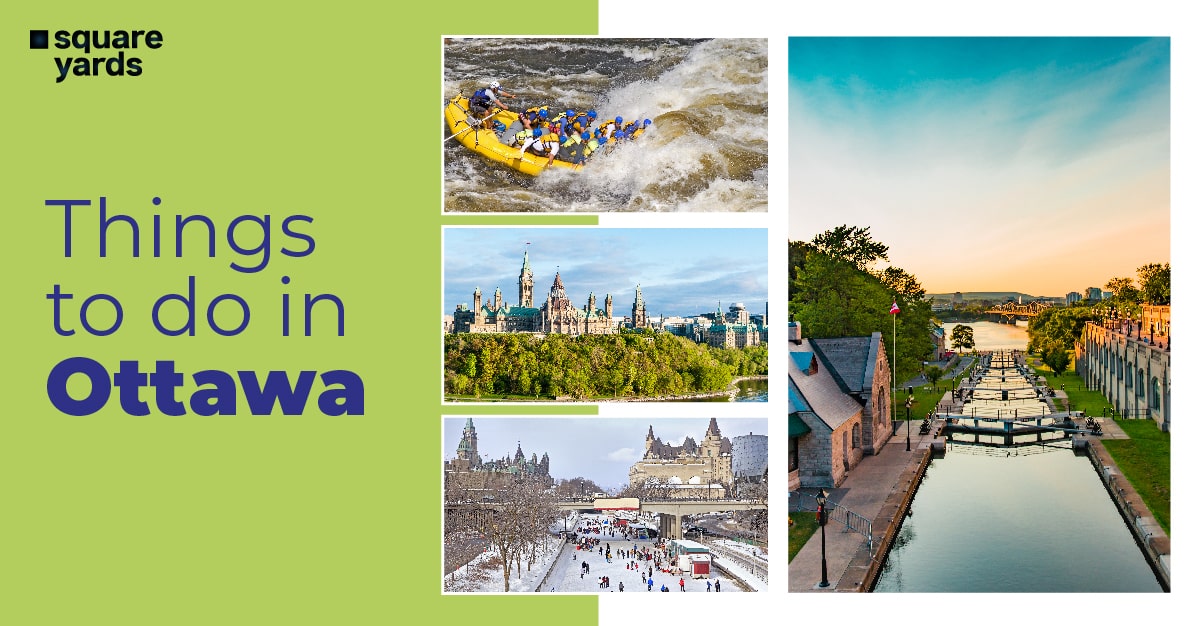 The OTT of Canada, both literally and figuratively, Ottawa is one of the most picturesque cities of the Great White North. The Victorian architecture, umpteen spellbinding museums, adrenaline-infusing adventure sports, and rejuvenating leisure spots honour the reputation of Ottawa as the country’s capital. The number of things to do in Ottawa exceeds the residents’ love for Tim Hortons, and this blog enumerates some of the best.

Out and About in Ottawa 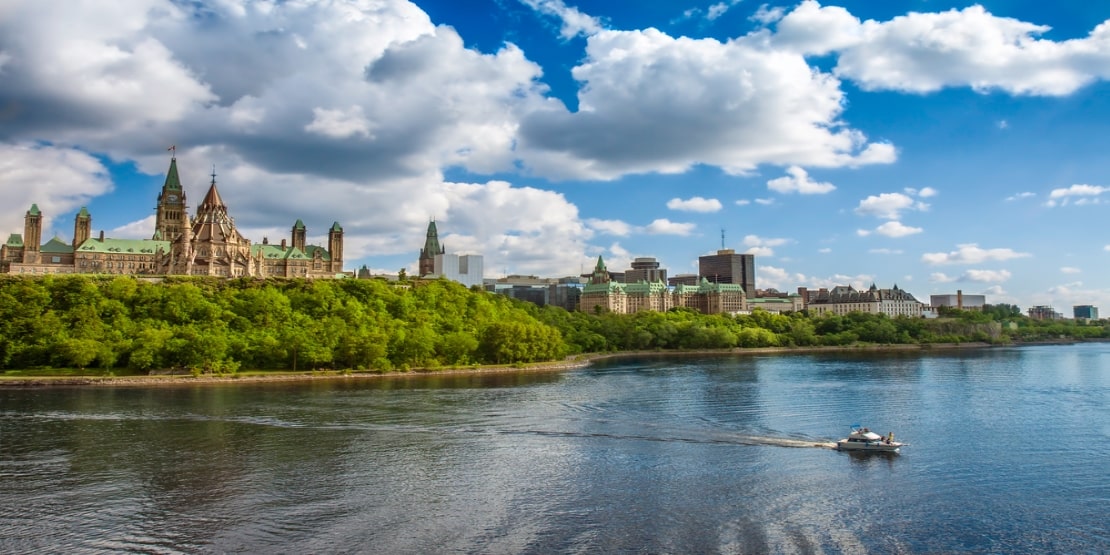 There are many things to do in Ottawa that are exciting and unique that will easily make for an excellent vacation spot for couples and families alike. There is a lot to discover in terms of history, nature and many other activities, which at one point you might realise booking your stay for a little longer would’ve been a wise call. This comprehensive list of things to do in Ottawa will narrow the list of potential options so you can make the most of your time in the capital city. Regardless of what season you visit (Summer is always better as winters are freezing here!), Let’s take you on a virtual ride to explore some of the most fascinating things to do in Ottawa. 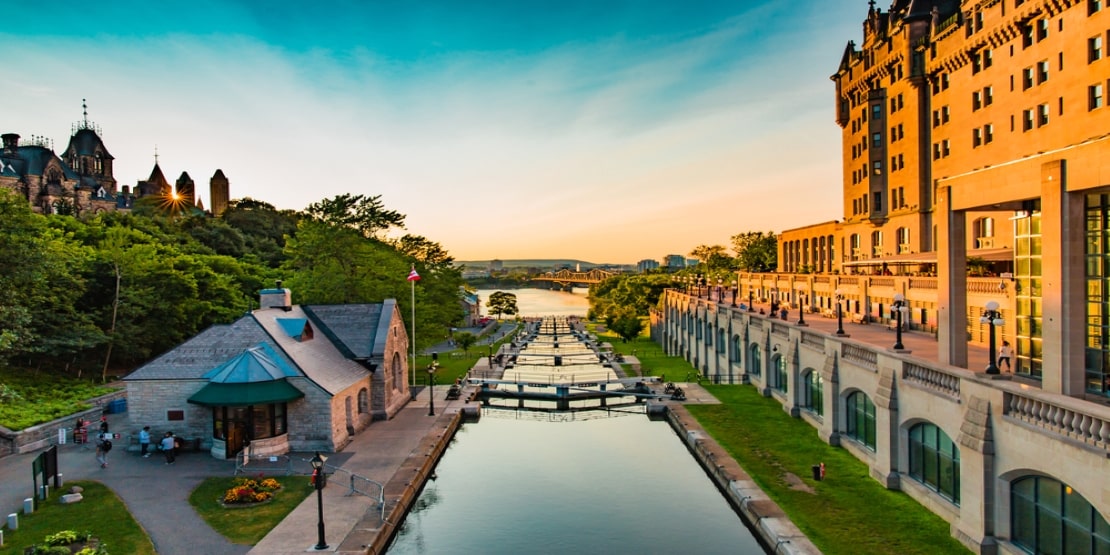 Making its way to the top of the list is the historic Rideau Canal. One of the most popular things to do in Ottawa is to relish several activities at Rideau Canal. It is located in the heart of the city and was constructed between 1826 and 1832. A feather of Ottawa’s cap, the Rideau Canal is also a UNESCO World Heritage Site.

During the summers, the canal is crowded with private and commercial boats while cyclists, runners and walkers take over the paved pathways. However, the winter scene is completely different and a sight to witness. The canal then transforms into the world’s largest skating rink, sprawling across 4.8 miles. The surface area of this rink can be compared to 90 Olympic-sized hockey rinks. The best part is that you can enjoy all these activities for free! 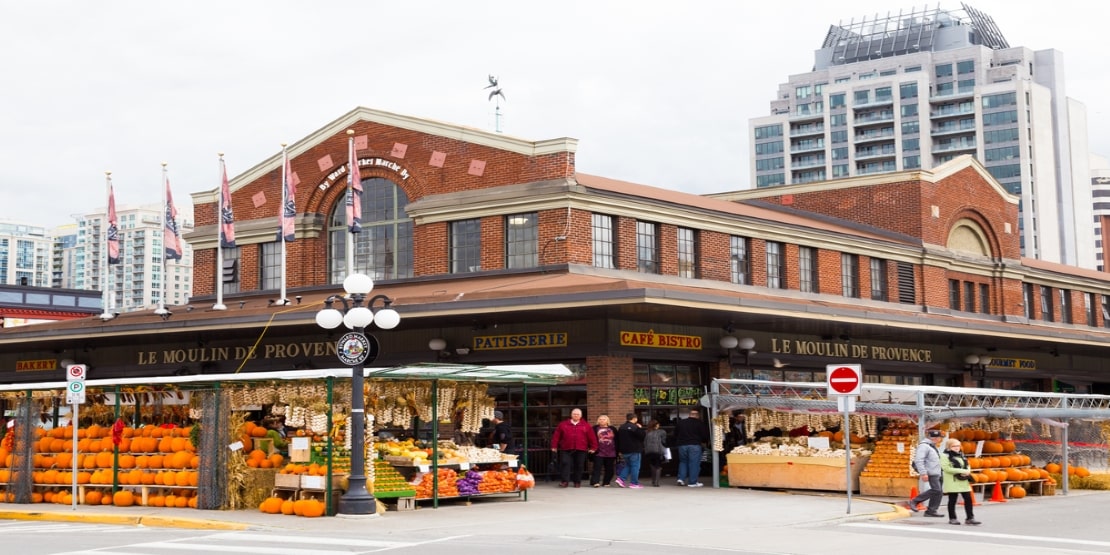 Occupying the heart of the city, Byward Market is one of the country’s largest and oldest markets. You will find local vendors selling everything from handmade goods to winter necessities. Do not forget to visit President Obama’s favourite Moulin de Provence Bakery (it originated in Ottawa) as it is one of the most touristy Ottawa things to do. 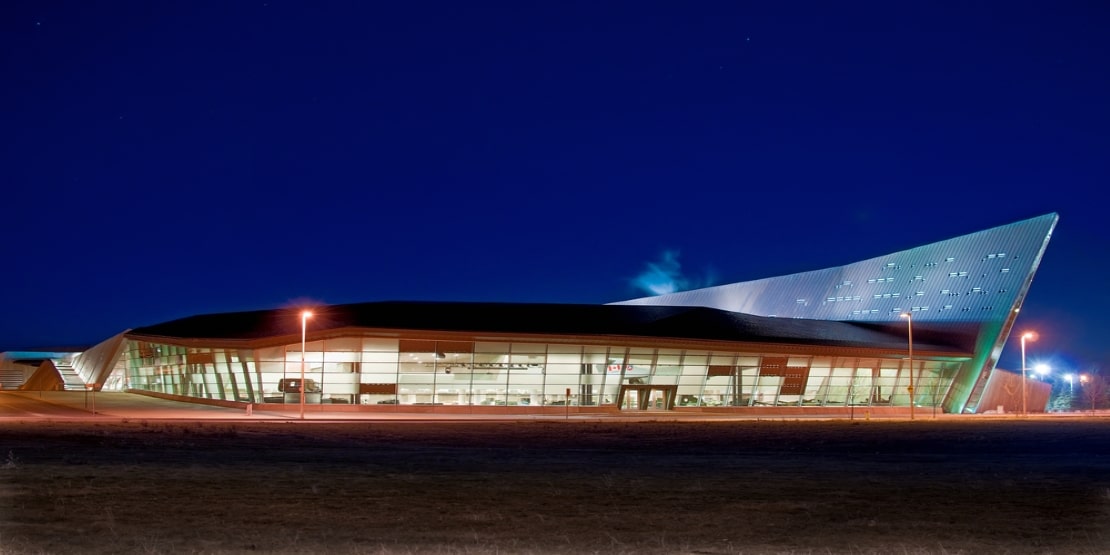 This museum was established to pay homage to the country’s lengthy military history that exudes valour. Canada’s involvement in many wars, including the World Wars, the French War, and the Indian War, was the primary reason behind this initiative. This is the museum where you can first-hand understand what forming a Canadian identity is.

The museum was designed by Raymond Moriyama, who was a Japanese-Canadian prisoner. Explore the museum to find more than 3 million artefacts, medals, documents, uniforms, artillery, rare vehicles, visual recordings and other aspects of Canadian war efforts. 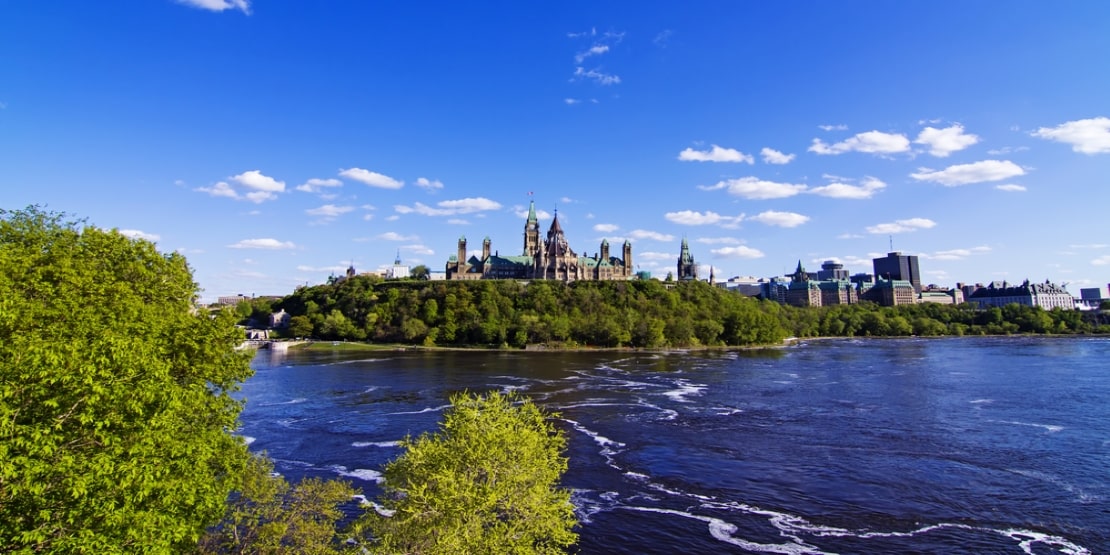 The three neo-Gothic structures that make all the decisions for Canada are a sight to behold. Powerful in its demeanour, Parliament Hill is a popular destination among tourists and one of the top Ottawa things to do. You can wander around to explore the arena or the Center block, gaze at the different buildings or even perform yoga if you get a chance to visit between May to August.

The light and sound show and the gleaming 300-foot Peace Tower are the distinctive highlights of this spectacular beauty. 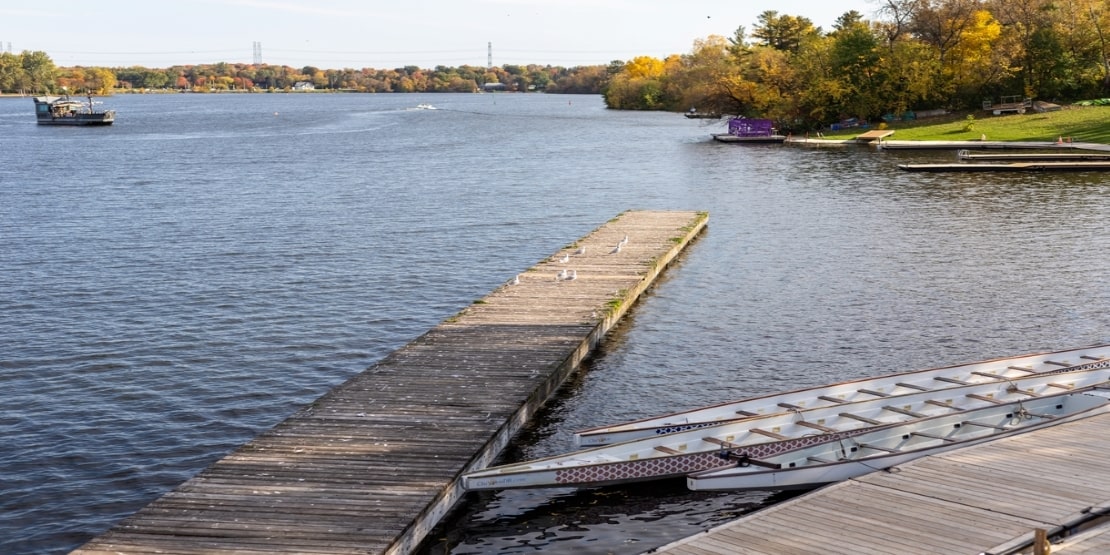 Ottawa is home to adventurous water sports; a ride here will blow away the cobwebs. The Ottawa river promises some of the best white water rafting in this world. Professional kayakers and rafters test their skills in these waters and have a ball at the class 5 rapids. There are various locations where you can give this sport a try.

You can also go paddleboarding along the Gatineau River and marvel at the landmarks you cross. So, pick up your knapsacks and take the world for a spin as you embark on one of the most adventurous things to do in Ottawa this weekend. 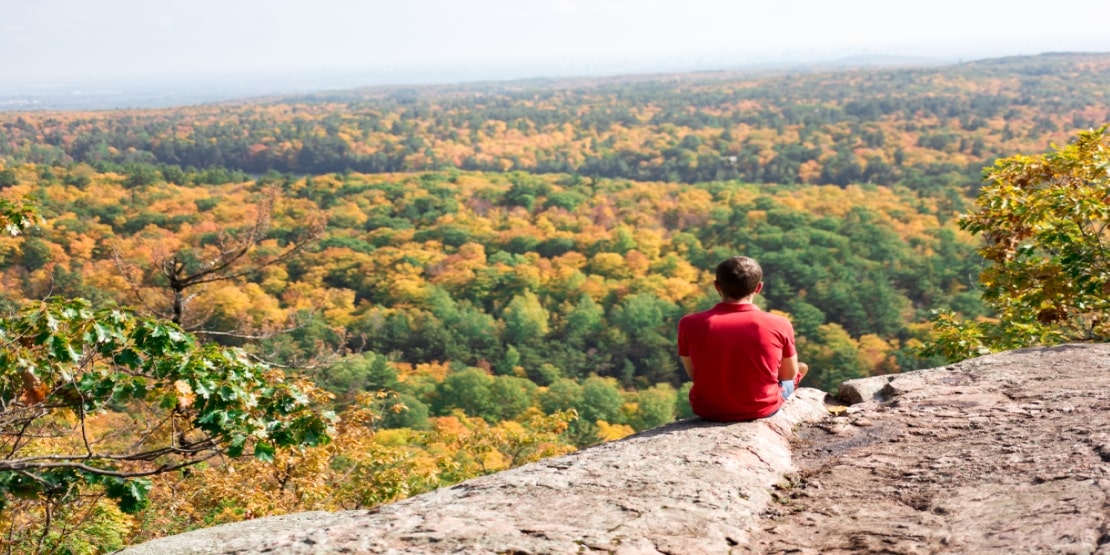 A contrast to the urban lifestyle, Gatineau Park is a getaway for those who want a break from the hustle and bustle of the city. The park is home to numerous outdoor activities depending on the season. Make this a priority on things to do in Ottawa this weekend. You can choose from various activities like swimming, cycling, hiking, cross-country skiing, and snowshoeing.

You can also glance at the various heritage sites constructed within the park, including Mackenzie King Estate. Another way of spending your time is to indulge in canoeing, beaches, and camping. 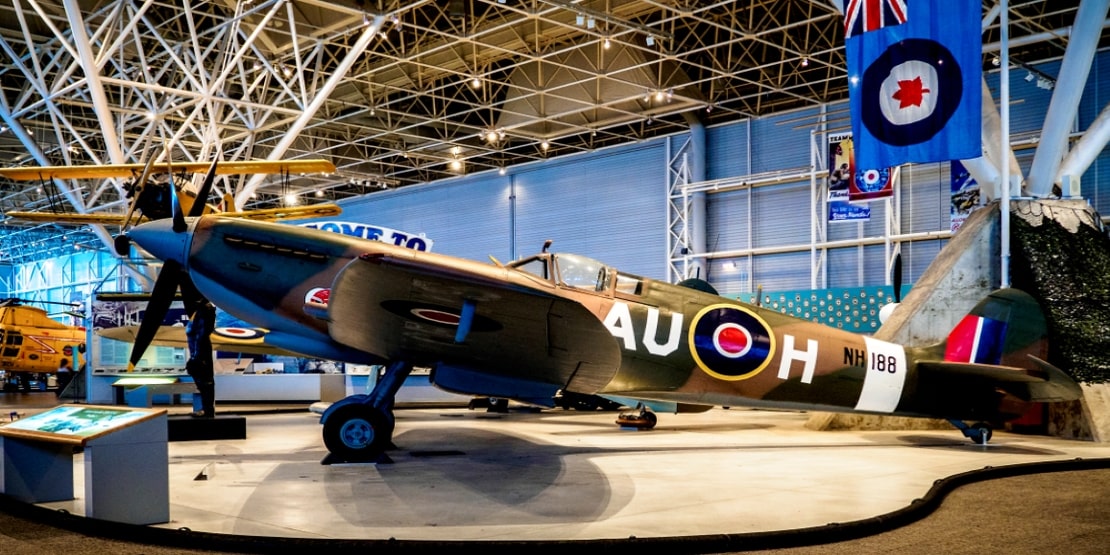 If you are interested in aviation, then the Canadian Aviation and Space Museum is where you should be. It is a haven for the geeks who love all things vintage. This museum boasts the best collection of vintage aircraft throughout Canada. The museum consists of 130 aircraft related to both military and civil services.

Fly around in the original World War II Biplane to experience a genuine flight of the past. This is one of the most exciting Ottawa things to do. 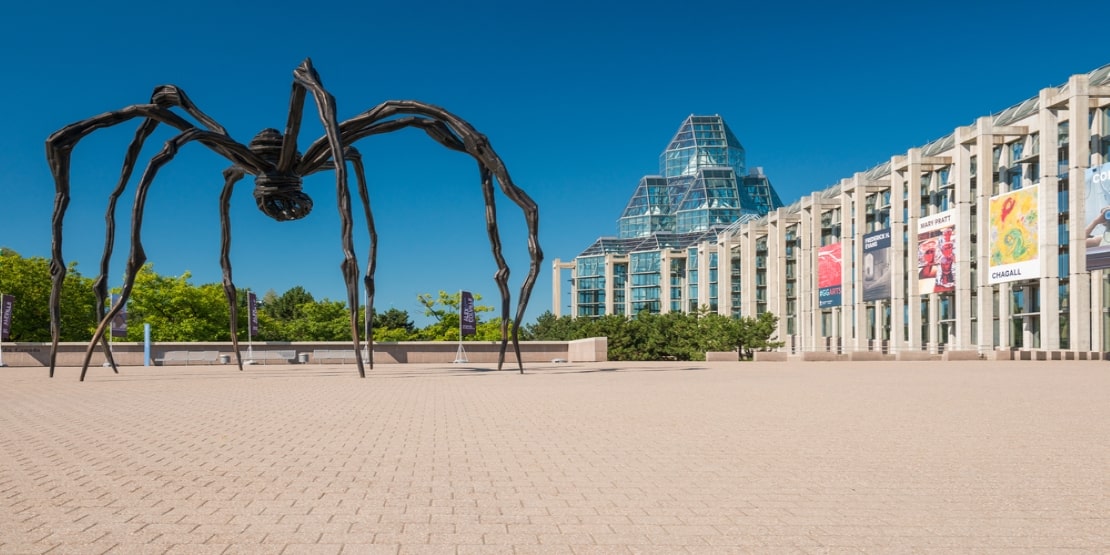 One of Canada’s most premium art galleries, the National Gallery of Canada is a contemporary architectural treasure. The origin of the gallery dates back to the 1880s as it was initially housed on Parliament Hill. It is a mirror of spectacular Canadian art and contains pieces from parts of the Americas and Europe. Designed in an angular shape, the edifice is made of glass.

Don’t get stunned by the huge spider at the entrance. Admire the rich collection of artworks, including those by da Vinci, Michelangelo, and Picasso. 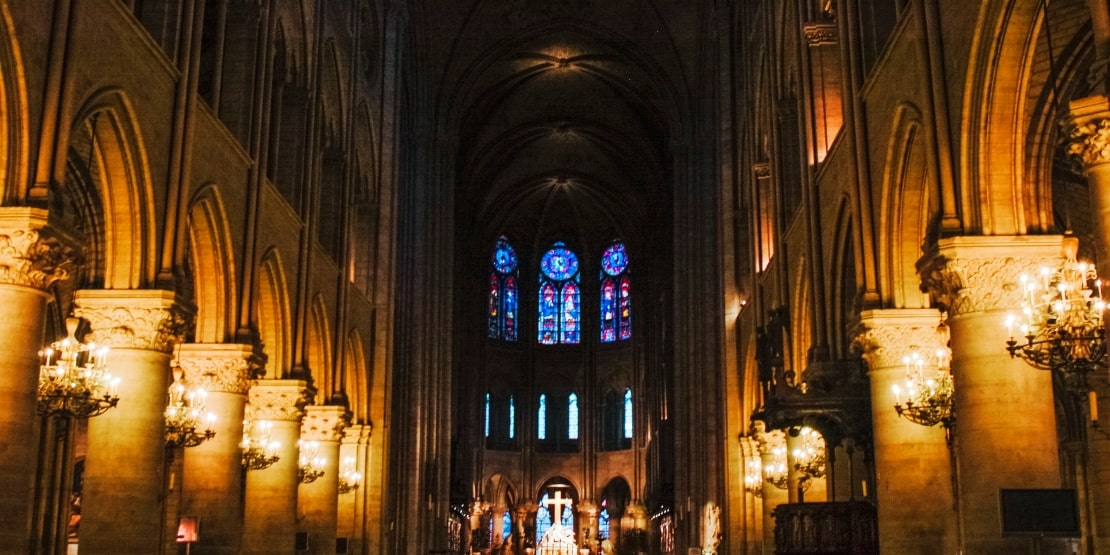 Considered the religious hotspot of Ottawa, Notre Dame Basilica is the National Historic Site of Canada. The architecture of this cathedral is a blend of neo-Gothic and neo-classical designs with immaculate detailing and an array of religious arts. It is the biggest church in Ottawa, and the devotees can attend the services in French and English.

This ornate creation is a piece of art and a picturesque place of worship. Indulge in a tranquil vibe encapsulated by the spiritual effect that the church holds. 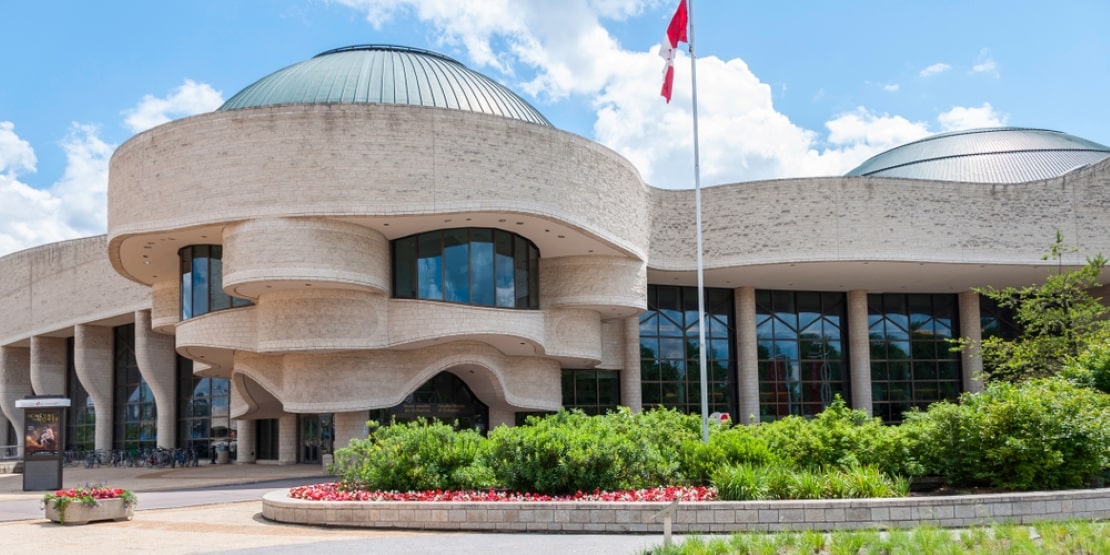 Formerly known as the Canadian Museum of Civilization, the Canadian Museum of History is a magnanimous piece of art. Sprawling over an area of 300,000 sq ft., it is one of the most visited museums in the country, with more than 1.2 million visitors. The museum exhibits the details of 20,000 years of human history, it is the home to Canadian Children’s Museum and boasts of an IMAX Theatre.

The totem poles in the First Peoples Hall exhibition and the display of the recreated Canadian settlements from over 1000 years are the centres of attraction here. 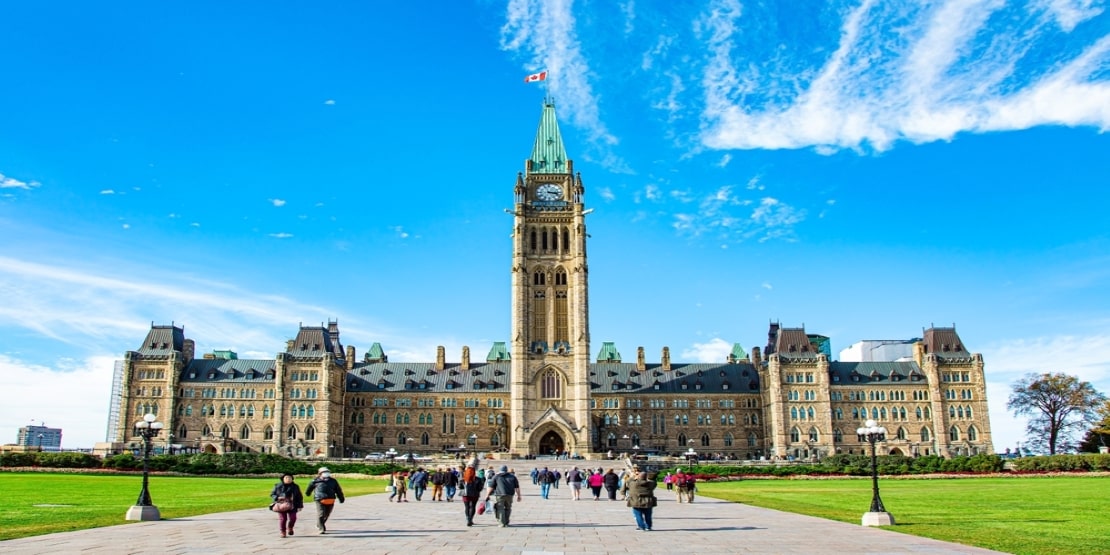 Also known as the icon of the country, the Peace Tower is a distinctive edifice in the skyline of Ottawa. It is also featured on Canada’s twenty-dollar bill. Complementing the Parliament buildings, the Peace Tower was established in place of Victoria Tower in a Victorian Gothic style. The Peace Tower represents the history of Canadian soldiers through its intricate architectural details and design features. 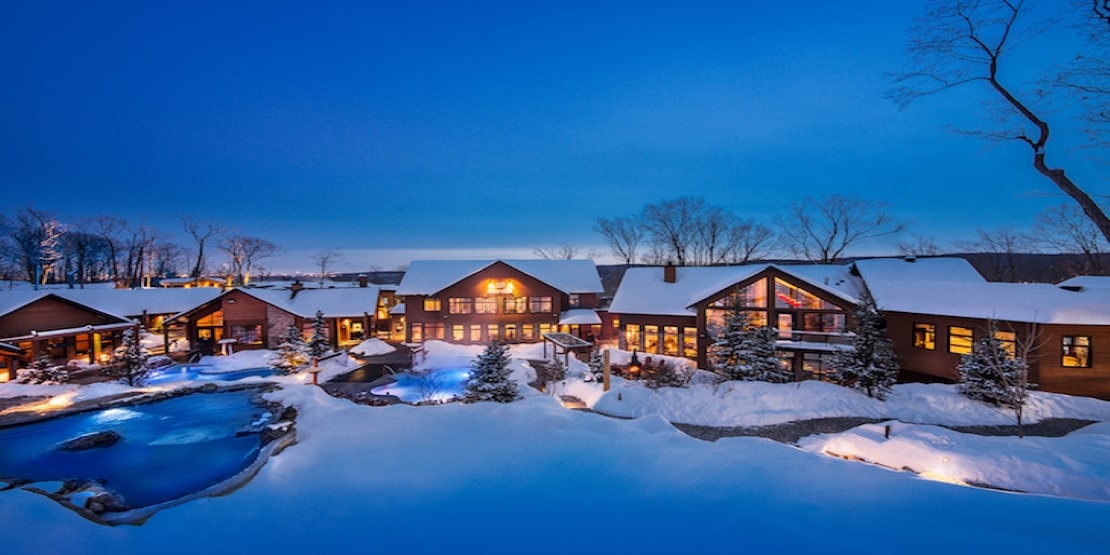 For those who want to spend a day of their vacation relaxing and rejuvenating, visiting the Nordik Spa-Nature is a must. Many spas only offer a limited number of services, but here the guests are offered multiple facilities to choose from. You can enjoy an infinity pool, nine saunas, treatment rooms, ten baths, a saltwater floating pool, and both outdoor and indoor lounges. You are also spoiled for choice with three restaurants on-site to relish local delicacies. 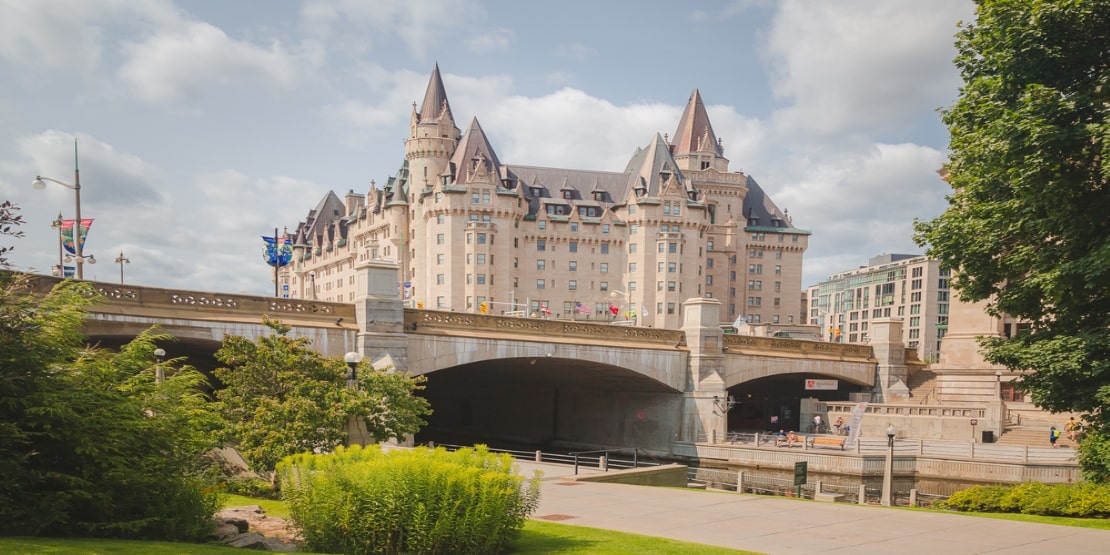 While in Ottawa, do not forget to explore the Fairmont Chateau Laurier and the Fairmont Historic Display. Saunter through the boutiques and enter the hall that displays the city’s history and property. It is also one of the most prominent Ottawa things to do as it has got the reputation of fondness from Winston Churchill himself. 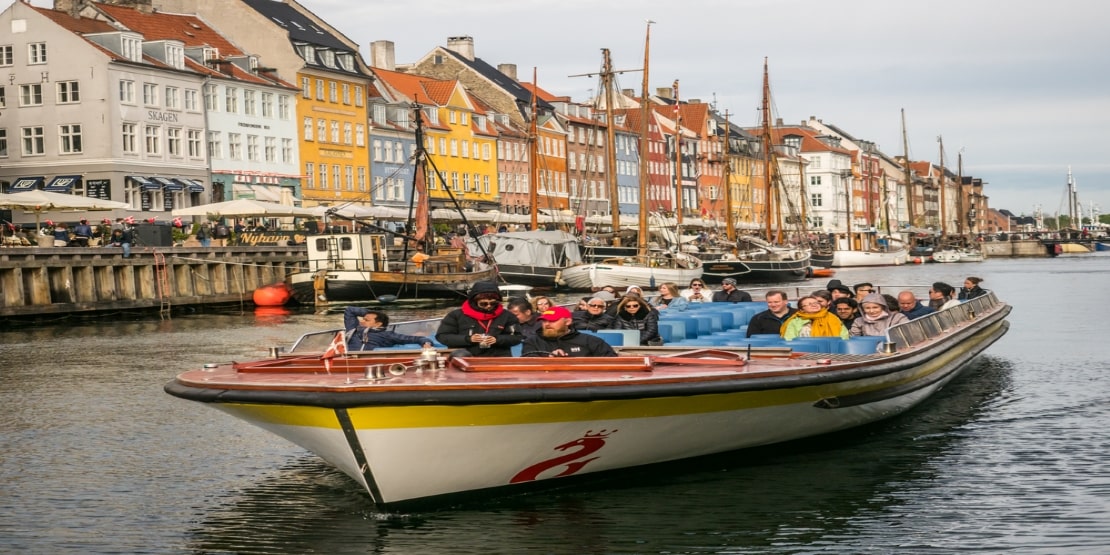 A canal cruise in the Ottawa river will help you get a closer look at the city’s natural beauty. While exploring the views, you will also cross some of the most famous landmarks of Ottawa like the National Arts Centre, City Hall, the TD Centre, the Canadian Museum of Nature, and Lansdowne Park. 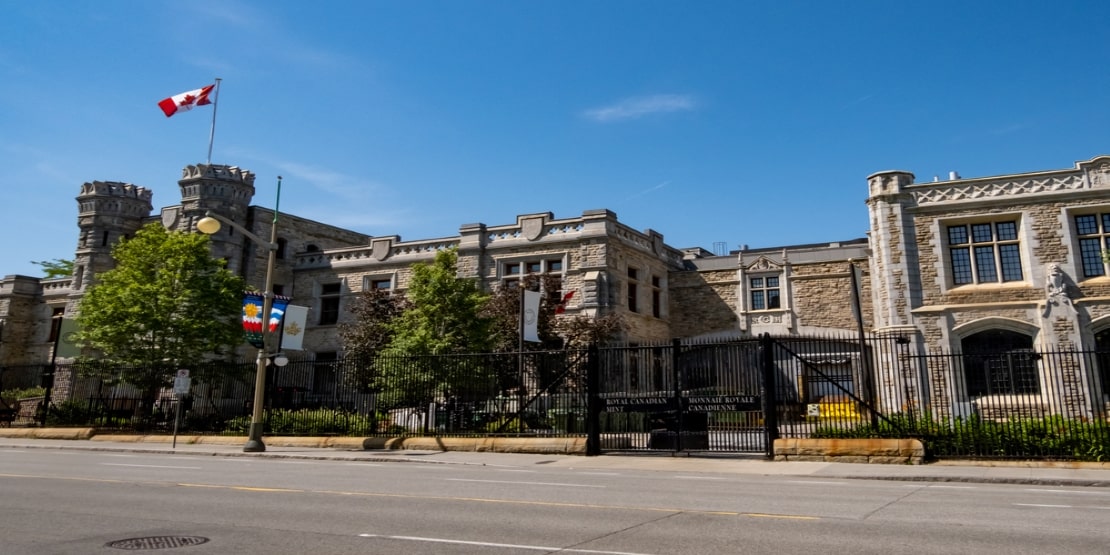 The headquarters of the Canadian Royal Mint is established in an awe-inspiring and historical building in central Ottawa. The mint was founded in 1908 and is still up and running, creating some fascinating collector and commemorative pieces. It churns out medals, speciality coins, medallions, and gold bullion coins. Visitors can also opt for a guided tour of the mint to know more about its history and production. 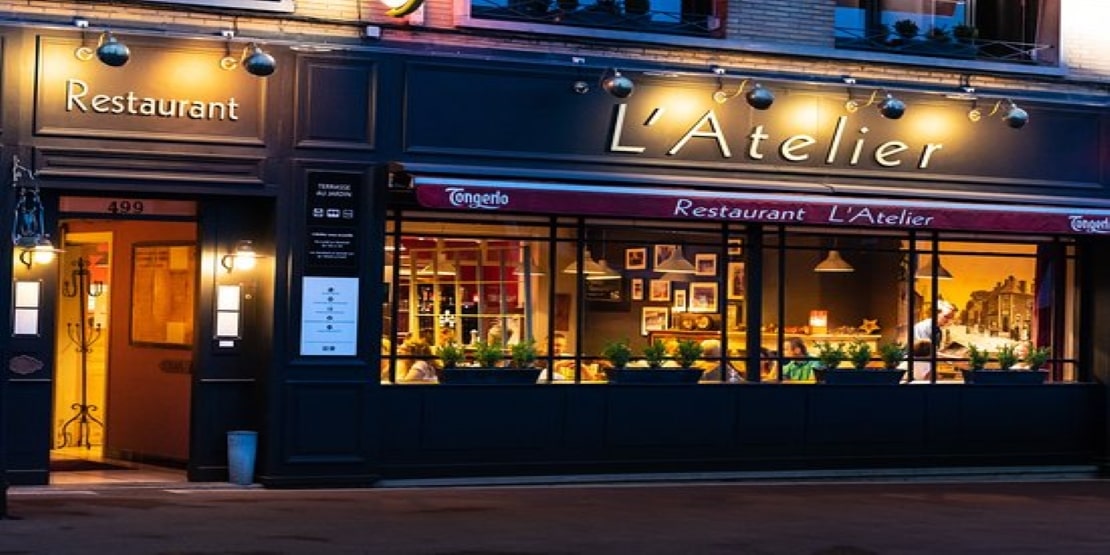 Atelier is one of Ottawa’s most renowned and luxurious restaurants, famous for its lip-smacking 12-course meal. A new menu is developed every night based on the fresh produce available. Redefining molecular gastronomy, the restaurant creates new dishes with unique combinations and unexpected pairings. You can also pair up your food menu with a relishing wine tasting session. The ambience of the restaurant is top-notch with an upscale atmosphere.

Nothing Ventured, Nothing Gained

Famous for its inspiring natural views, Ottawa is a paradise on Earth. From adventure sports to relaxing spas, the things to do in Ottawa are versatile, with a little for everyone’s taste. So, whenever you plan your next trip to Ottawa, do not forget to scurry through some of the most exhilarating places that have been enumerated here.

Is Ottawa worth visiting?

Yes, the beautiful towns, B&Bs, wineries, and a stunning lake does make it a city worth visiting. There are many activities and things to do in Ottawa.

Is there anything to do in Ottawa?

Yes, there are many exciting things to do in Ottawa. You can explore museums, relish the fascinating views of the Ottawa river, and saunter at the Rideau Canal, among other things.

What is Ottawa popular for?

Ottawa is popular for its ice skating rink that has created many records, spectacular nature, and international music festivals. These are the most touristy Ottawa things to do.

How much time does it take to visit Ottawa?

There are many things to do in Ottawa. However, depending on the days of your visit, a minimum of 2 days would also be enough to tour Ottawa.

What are some free things to do in Ottawa?

Sauntering at the Byward Market or skating on the Rideau Canal are some of the free things to do in Ottawa.