Tips For Visiting The Santa Claus Parade in Toronto 2022

The Toronto Santa Claus Parade, founded in 1905 by the Eaton’s departmental store chain, has grown to include over 30 floats, 25 bands, and over 1,500 people involved. Numerous roads in the downtown area remain closed from the morning to the midday of the celebration day.

The best spots to view the Toronto Santa Claus Parade 2022 are on Bloor and at the highest part of the Institution. These points also occur at the parade’s starting point. Take into consideration that these spaces frequently fill up quickly. 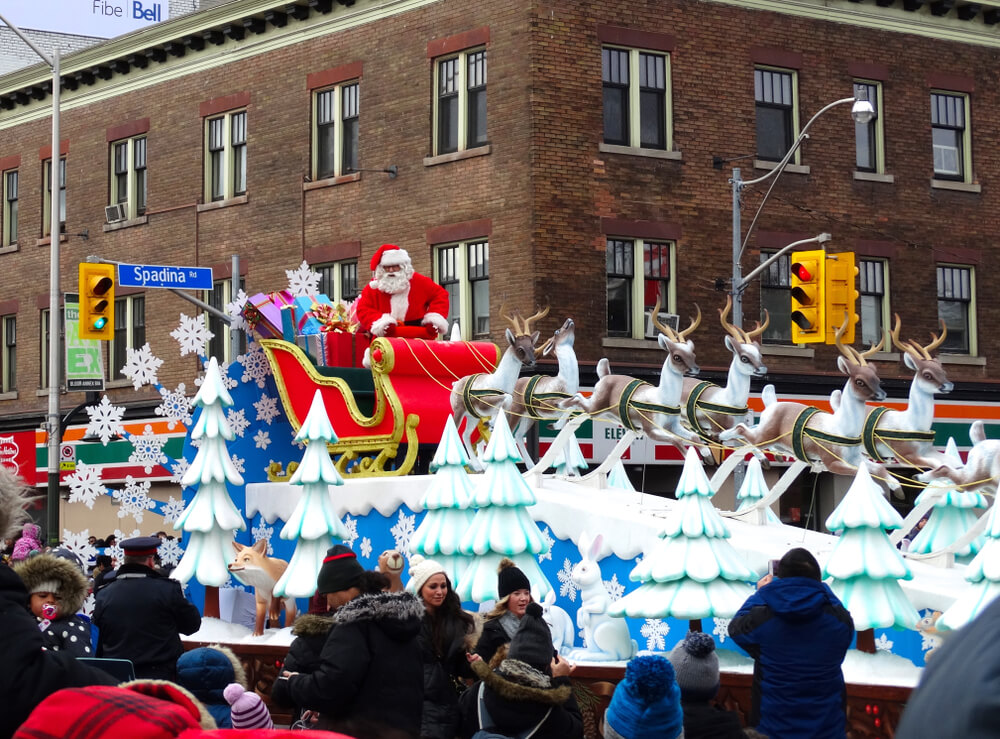 You can’t just show up at the last moment to stream the Santa Claus Parade. In addition, Parade will take place on the roads of Toronto on Sunday, November 20th. With over 500,000 people expected to attend every year, ensure that you arrive by 11:30 a.m. or 3 hours before the parade, so that you can find a suitable viewing position. If this doesn’t connect to you, you can watch the rally on TV. CTV will air the Santa Claus Parade afterwards that day at 4:30 p.m.

Have an Emergency Plan

One of the major aspects of going for the Toronto Santa Claus Parade 2022  is to keep an emergency plan. This implies you should consult with your viewing party, regardless of whether friends or family, to determine what to do if you become separated from the group. Due to the large number of folks at the parade, smartphones may not function efficiently. So, you ought to have a backup meeting place in case any representatives of your team become separated.

Have a Plan If You Get Split Up From Your Kids

The best way to avoid a potentially disastrous scenario is to have a strategy. This place will consist of more than 5000 people. So, there is a high possibility of losing kids. To get rid of the situation, talk to your child about what they should do if they get lost during the festival. For example, Ensure your children know their names, their parents’ names, and mobile phone numbers, or you can write down the details on the piece of paper and put them in their pockets. Moreover, tell them not to free their hands from your hands, and also can go to the policeman for help.

Be Prepared For Long Waits 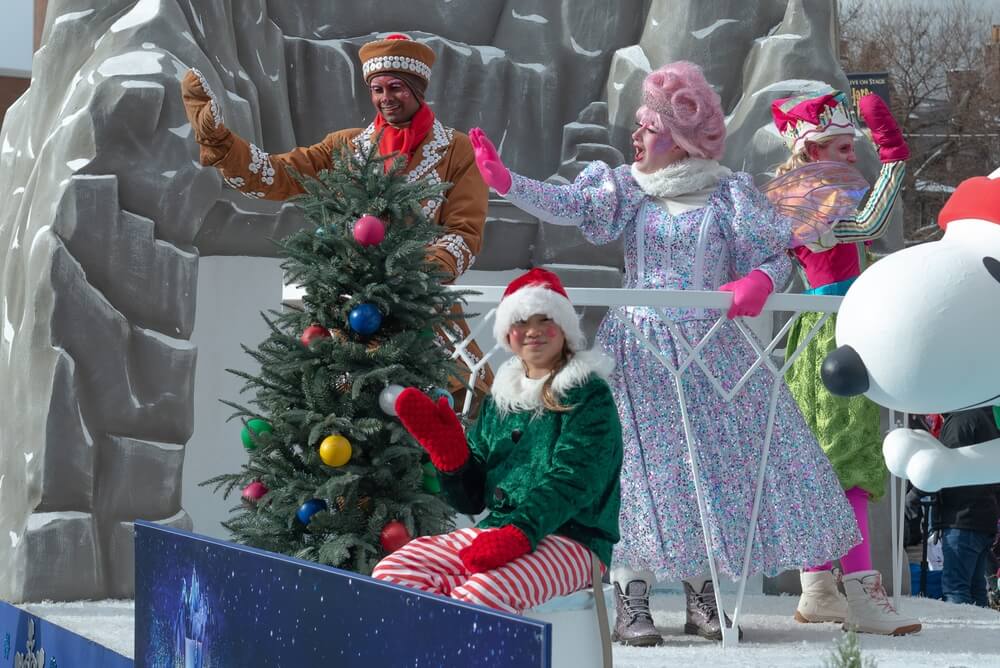 Before the parade, there may be long waits between floats, which can be excruciating. So single ones can look around for their entertainment. But, more problems arise, Sorry! When you carry a child along with you. For such guardians, the best thing is to keep your children busy by entertaining them via colouring books, games, and snacks.

Check The Weather Forecast and Pack a Knapsack

The weather in Toronto in November can be bitterly cold, so dress warmly if you are planning to attend the Santa Claus Parade. However, you will be outside for a few hours, so you can carry a backpack with extra hoodies, scarves, gloves, and socks. As well as a flask of hot tea or coffee to keep you cosy. Since the parade runs up to 90 minutes, you can also bring a foldable chair to relax.

It is suggested to leave the car at home on the Toronto Santa Claus Parade 2022 because most of the roads will remain closed. Perhaps, you may face parking problems. Moreover, you can travel by train, bus and taxi. Still, if you wish to travel by car then you can park your vehicle at a ‘GO’ Station which is considered as the proximity location. From this station, you can board the GO Train to Union Station. However, on this day, the GO train provides a special time for the arrival and departure of the train. Furthermore, another possibility is to park your car at Yorkdale Mall and then take the subway downtown.

Public Washroom Locations Around the Street

This year, the Santa Claus Parade will begin at Bloor Street East and ends at St. Lawrence market in Toronto. During the march, try to make a note of key locations along the streets, such as coffee shops, restaurants along with restrooms, especially when  you are carrying the child along with you. However, a list of the shops are mentioned below:

The Toronto Santa Claus Parade 2022 will be extremely commercial and serve a huge crowd. Those who are not party poopers can look at a smaller parade. However, smaller-scale parades with a minimum crowd will have less character, like those in Guelph, Hamilton, Oakville, and many more.

You can check out the official site of the Toronto Santa Claus Parade 2022 for up-to-date information. As well, you can download an app like Santa Tracker, which allows you to track Santa’s movement patterns and ring sleigh whistles. 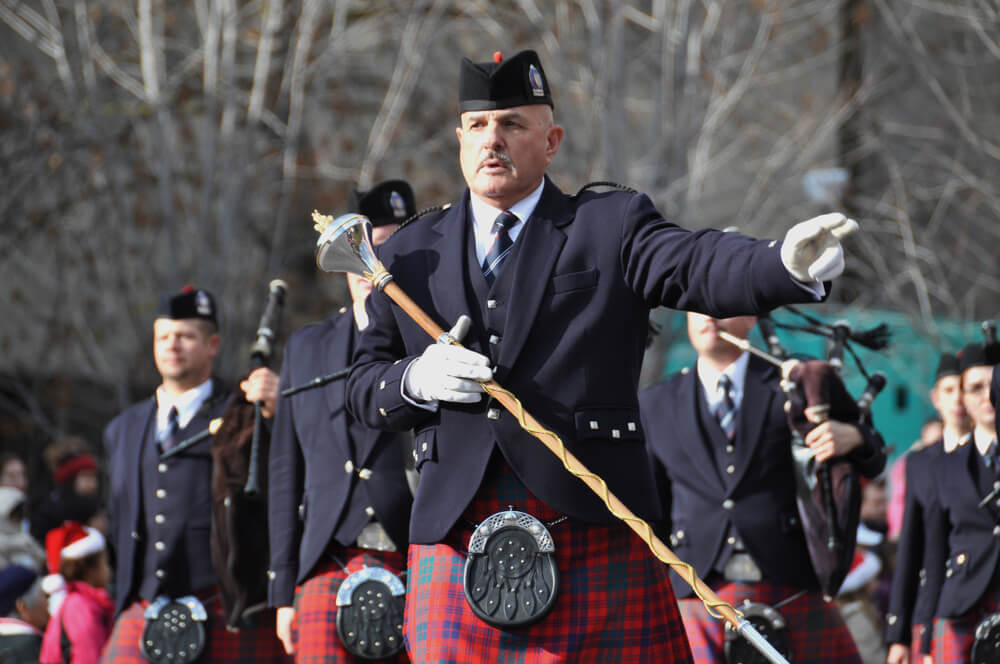 The Santa Claus Parade will start at 12:45 p.m. on the edge of Bloor and Christie Streets. It travels in an easterly direction from Bloor Street to Avenue Road. Moreover, it travels south around Queen’s Park, Dundas Street, and University Avenue. Further, it continues to Yonge Street (east) to Front Street, and at last to the intersection of Front and Church Streets near St. Lawrence Market.

Road closures Details For Santa Claus Parade in Toronto For 2022

Several streets will remain closed at distinct times to allow for the set up and  pull off of the parade. Roads should be reopened by 6:00 p.m. The following is a list of the road closures.

A little forethought toward the parade can result in a successful day. Consider the following suggestions and plan ahead for the Toronto Santa Claus Parade 2022. Moreover, enjoy the parade’s interesting sights and rhythmic sounds and capture nostalgic memories of them.

What time is the Santa Claus Parade?

How long is the Toronto Santa Claus parade?

Where does the Santa Claus parade start in Toronto?

The Santa Claus parade starts in Toronto at Christie Pits and ends at St. Lawrence Market.

What is the route for the Santa Claus parade in Toronto?

Where is the largest Santa Claus parade?

Toronto Santa Claus Parade is considered the largest Santa Claus parade in the world and takes place in mid-November every year in Toronto.

« Know The Life Expectancy of Your Home In Canada
Christmas At the Castle Casa Loma Invites You! »