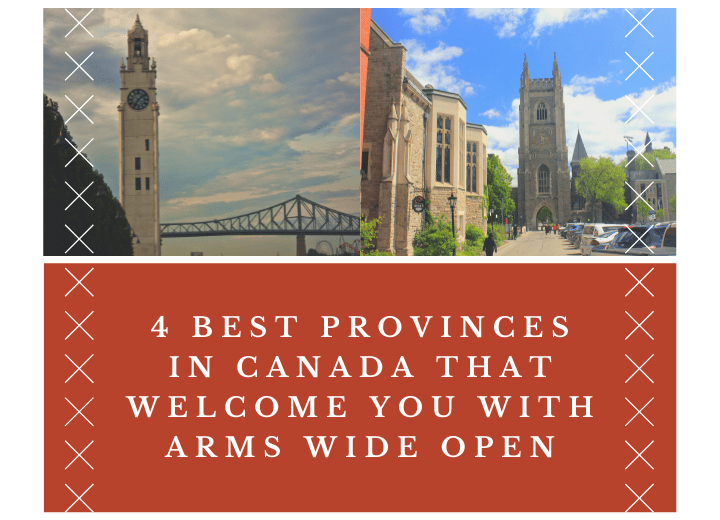 Canada is not just one of the largest countries worldwide but a haven for immigrants and a treasure trove of diverse landscapes and urban opportunities. However, with so many options to stay, choosing the right province that matches your taste and vibe can be a bit overwhelming. So, to help you out, we have curated the four best provinces in Canada that you can comfortably settle in after moving to the country.

Here are the four best provinces to live in Canada that you can check out before you move to the country. 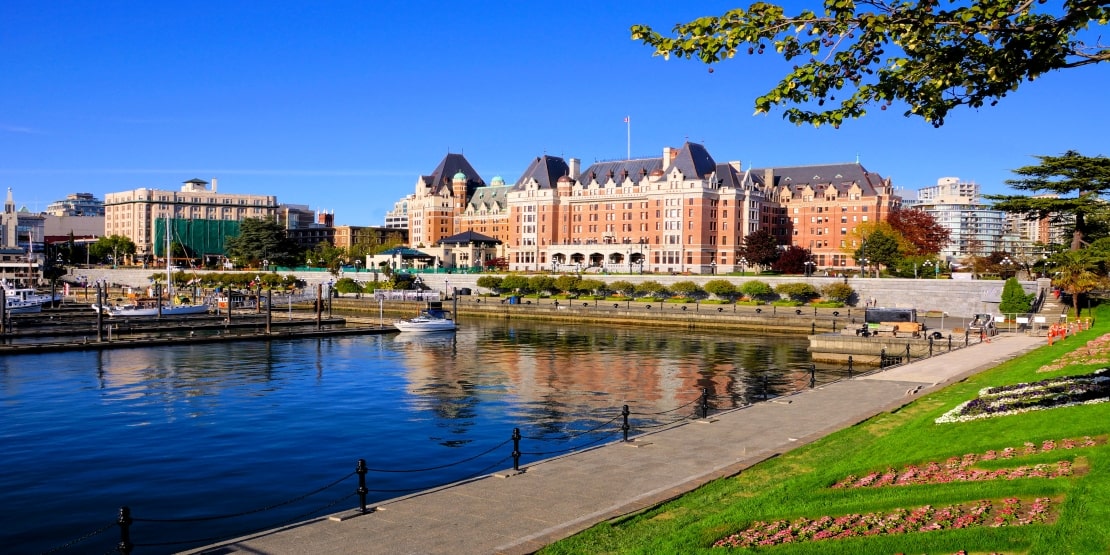 Located on the west coast of Canada, the province of British Columbia conveys beautiful landscapes. Pinned by immigrants as one of the most popular provinces after Ontario in the year 2021, British Columbia seals the deal with milder temperatures and outdoor adventures.

Perched on the Pacific Coast of B.C. is the diverse and bustling seaport of Vancouver that brings all sorts of scenic escapades and landscapes to you. Embodying craft and artistic frames, Vancouver is a favourable destination for people seeking an amicable balance between urban life and nature’s bliss.

Offering a rather slow and leisurely lifestyle, a city like Victoria can also be a viable option for you in British Columbia. Apart from being the capital of the province, the city is also known for its unique geography, charm and relaxing culture, making it perfect for any enthusiast.

British Columbia has become one of the most preferred and best provinces to live in Canada for people who prefer moderate winter temperatures. Since the temperatures in the coastal regions of B.C. rarely drop below the freezing point, the winters are pretty mild in this province.

The central and interior regions of this province have snowier and colder winters. However, the summers tend to get hotter on the coast of B.C. 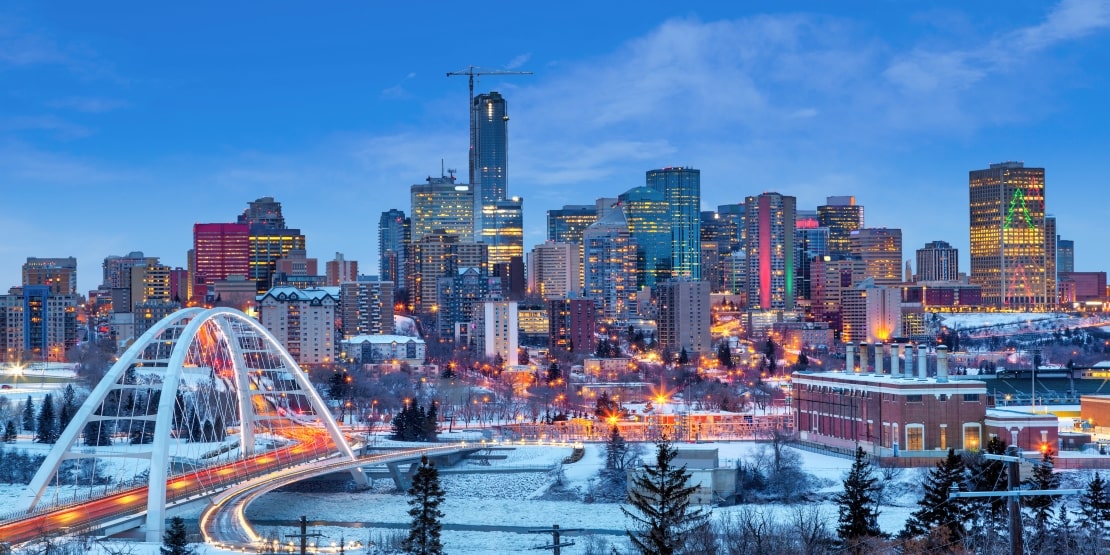 Alberta is popular for its natural beauty and large deposits of natural gas, cattle farming, Dinosaur Provincial Park and the Rocky Mountains. One of the most popular natural attractions in the country, the province is located in Western Canada and is the fourth most popular province for immigrants in 2021.

Edmonton and Calgary are the fourth and fifth most popular cities in Alberta, especially amongst immigrants.

Located in the foothills of the Rocky Mountains, Calgary is an ideal spot for people who are inclined more towards comprehensive spaces. Not only Calgary is Alberta’s largest city by the factor of population, but it is also the host to one of the largest rodeos in the world, Calgary Stampede and Exhibition.

Edmonton is another city in Alberta that can never be too shabby for you. Hosting over 30 festivals on an annual basis, there is never really a shortage of activities. This place also hosts Canada’s largest planetarium and holds the title of the world’s largest mall.

Additionally, Calgary and Edmonton are the top two cities that receive the sun more than any other city in Canada, making the winters a time of sheer paradise. With the climate coming down to -51 degrees Celsius, the city receiving the most sun comes out to be a positive trait. The province also experiences a temperature of around 35 degrees during the summers.

In the sector of oil and gas, Alberta is the largest country. Apart from these two sectors, there are many other industries that the province stands out for. These industries include tourism, finance, manufacturing, forestry, education and agriculture. Offering lower taxes than the remaining zones of Canada makes Alberta the best province for any immigrant who looks forward to saving money. 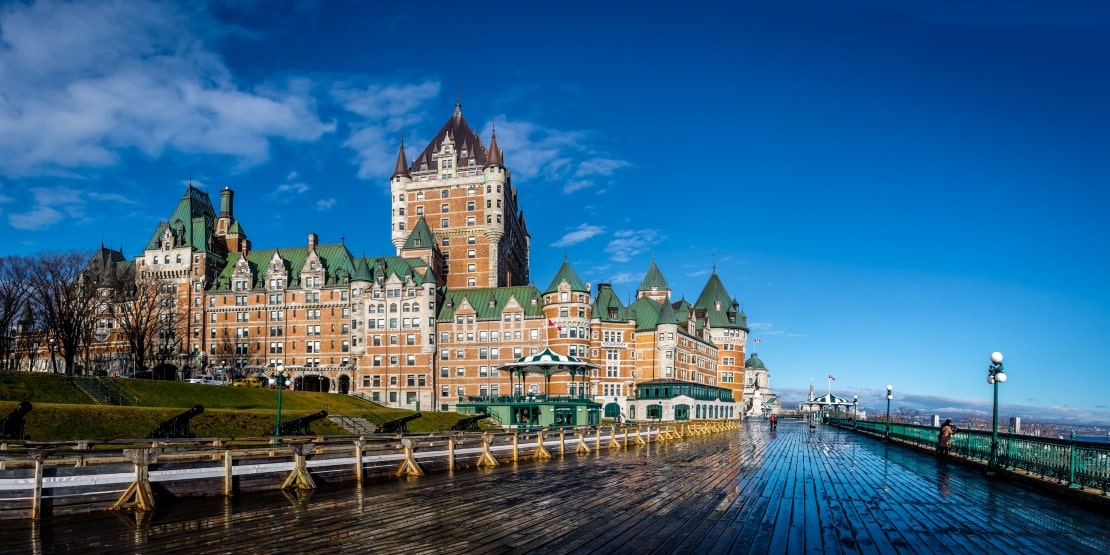 The third most popular province among immigrants in Canada, Quebec is a one-stop-destination if you are someone who likes to indulge in cultural activities.

Quebec is the largest provinces in Canada and is known for its tradition and culture. French is the official language of Quebec, and the provincial government provides a few protections and services for the mass that speaks English. However, it is not impossible to be around in this province without speaking French, but it will be better to learn the language.

Quebec City is another popular destination in the book of the immigrants who are trying to get into the province. Striking a balance between modernity, history, culture and nature, the city of Quebec definitely has a lot to offer. With a plethora of winter activities and attractions, along with major winter carnivals, Quebec is quite a happening place to live in.

The climate of Quebec is known for its extremities. While in the winter months, the temperature goes down to -40 degrees, summers experience a warm 35 degrees temperature. Hence, living conditions can call for measures that include adjustment to extreme weather and climatic changes.

It is also important to note that the economic sector of Quebec is comprehensive and is driven by the service and manufacturing sectors. Quebec is also keen on investing in research and development, with growth in industries including: 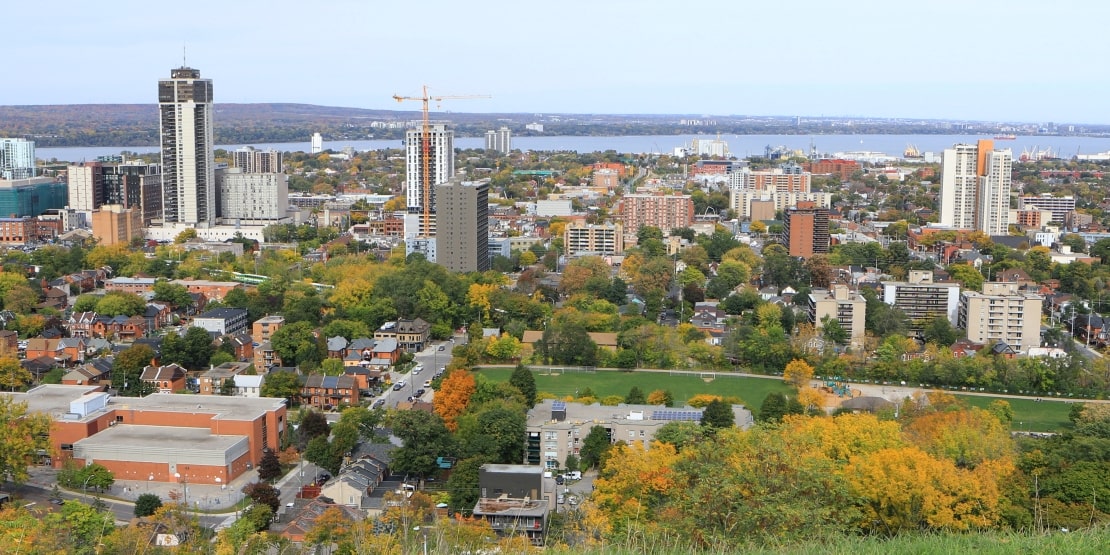 In 2021, Ontario collected almost half of all the new permanent residents of Canada. According to records, Ontario is the most popular province for immigrants coming to Canada.

It is no question that the winters in Ontario can be extremely cold and, in some parts, can even go below -40 degrees. On the other hand, the summers can take the temperature up to 30 degrees and more.

With a boosting economy, Ontario brings 37% of the national G.D.P. via amalgamating exports, manufacturing expertise and resources. The encompassing provinces in Canada are home to almost 50% of the employees in high-tech, knowledge-intensive industries and financial services as well.

Located on the east coast of the Atlantic Ocean, the province of Nova Scotia is in proximity to the ocean, offering minimalism and affordable housing. Not just that, it is the anticipated destination for many homeowners.

Not only Nova Scotia is hesitant to publish the criteria or occupations that would be focussed on the way ahead of time. There are many anticipated nominees who must have their profile active on Express entry and drop some light on their interest in Nova Scotia.

The labour market of Nova Scotia prioritises the candidates from the Express Entry pool and picks a postulant directly from there. However, it is considered one of the most approachable PNPs for any international applicants who wish to acquire P.R. This stream also provides a sketch without a connection to the province.

Filtering out the best provinces to live in Canada can be an overwhelming procedure. With multiple opinions and requirements that you might look out for as an individual, adding and discarding options seems like a daunting task. The above laid out format would help you filter out a few figurative and cast your best available option when moving to Canada.

What are the ten best provinces in Canada?

There are multiple provinces to reside in Canada, and call them home. These might include Edward Island, Ontario, Nova Scotia, Alberta, British Columbia, New Brunswick, Labrador, Newfoundland. Saskatchewan and Quebec.

Which province of Canada has the best quality of life?

All the provinces that take an “A” grade in the quality of lifestyle include regions like Labrador, P.E.I., Saskatchewan and Newfoundland.

Which is the best place to live in Canada?

Quebec city is one of the best cities to live, work and explore in Canada.

Which is the happiest province in Canada?

New Brunswick is the happiest province in Canada.

« 6 Most Relaxing Natural Hot Springs in Canada
Credit Score for a Mortgage: Unraveling the Portrayal »