Do You Like Scary Stories? Know the Most Haunted Place in Canada 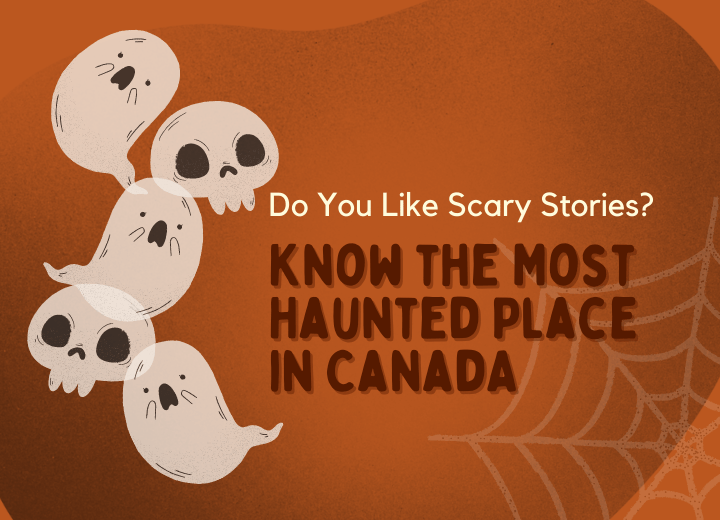 As humans, we all have a tendency to be curious about everything that is going around us. We want to know all the aspects of a situation. We all must have heard a lot of ghost stories from our elders while growing up. Ghost stories instill fear and have the ability to hold our attention. To evoke a feeling of excitement, we have curated some of the most haunted place in Canada.

List of Some of the Most Haunted Places in Canada

Below is the list of some of the most haunted places in Canada with spooky stories of paranormal activity.

Built during the 1890s for Robert Dunsmuir and for his family, this palace is recognized in the list of the most haunted place in Canada. It is rumored that there is a piano that plays on its own. Also, there are reports that suggest that there is a female spirit that moves in white. There is an assumption made that this supernatural ghost was started to see after Dunsmuir’s demise (this happened just before the building was about to get complete). 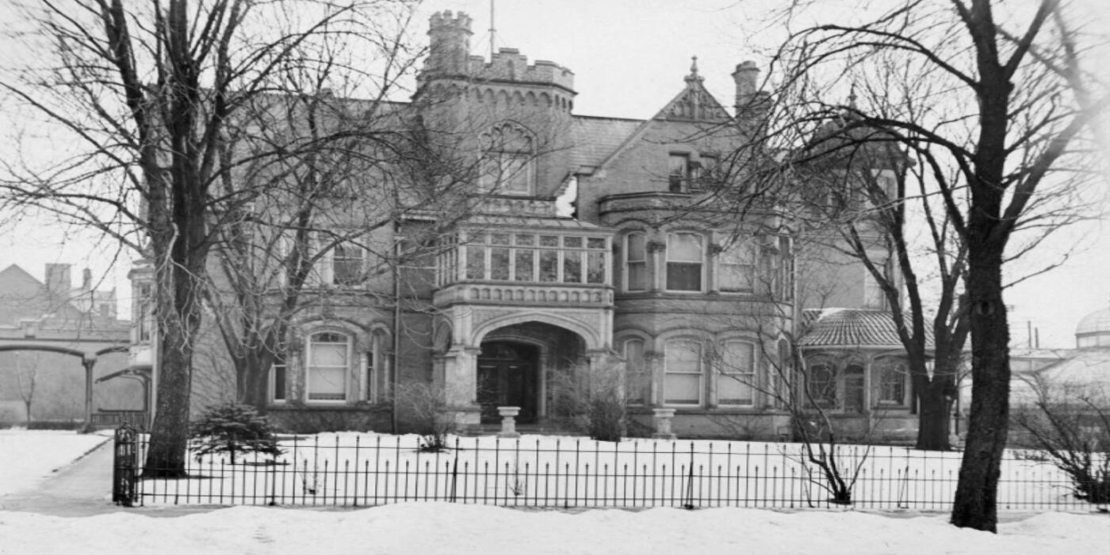 Another most haunted place in Canada is the Keg Mansion located in Toronto. However, this place was known to be Hart Massey (an industrialist) & his family’s private residence. But after Massey’s lovely daughter’s demise Lillian in the year 1915. But this is not it, after his daughter’s demise one of his maids was so shocked by the entire situation that she decided to hang herself up. But there is another side to the story that suggests that she was scared that her affair with Massey would be out and so she decided to hang herself up. But anyway, there are people who have witnessed this hanging woman not once but several times. 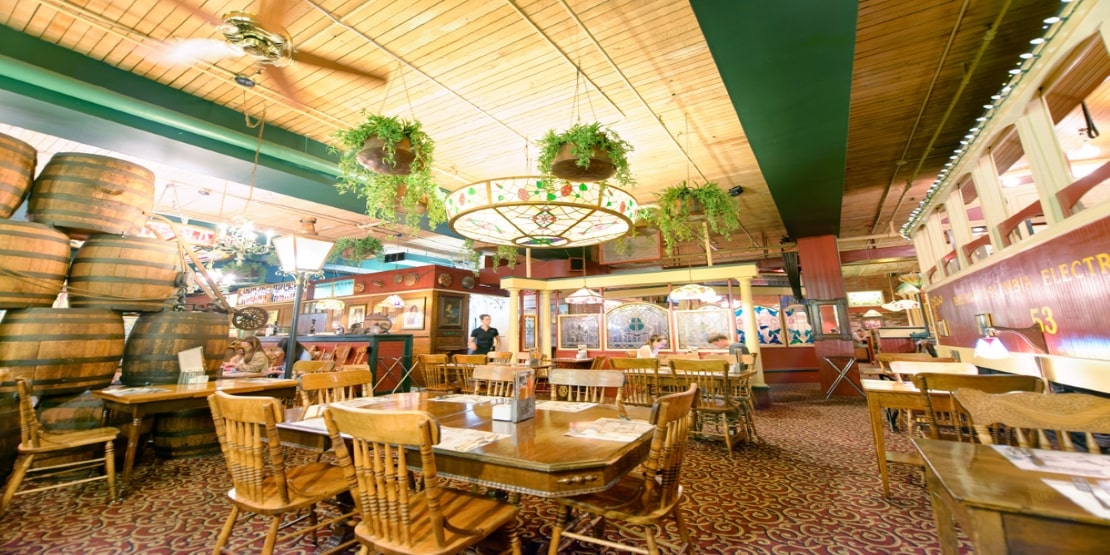 Built on the top of an underground railway track in Vancouver, the Old Spaghetti Factory is assumed to have a ghost of a train conductor. It is said that the puzzled and rearranged setting of tables and chairs is recognized as a welcoming card for the conductor. An electronic trolley from the 1950s is seen in the dining area of this restaurant. It is rumored that a ghost stands at the steps of this trolley. 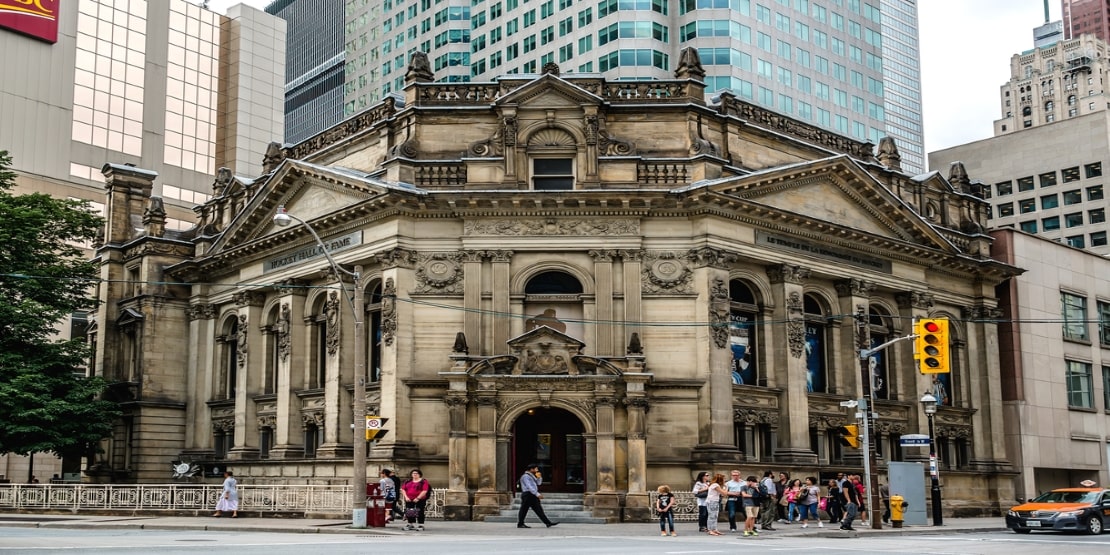 Hockey Hall of Fame was formerly named Canada’s hockey hall. It is said that a bank teller called Dorothy killed herself after her manager rejected her advance. It is assumed that Dorothy’s ghost is in search of occupying this Hockey Hall of Fame and there is also a report that suggests that they hear a woman crying all around this building. This heart-wrenching story makes this place one of the most haunted place in Canada. 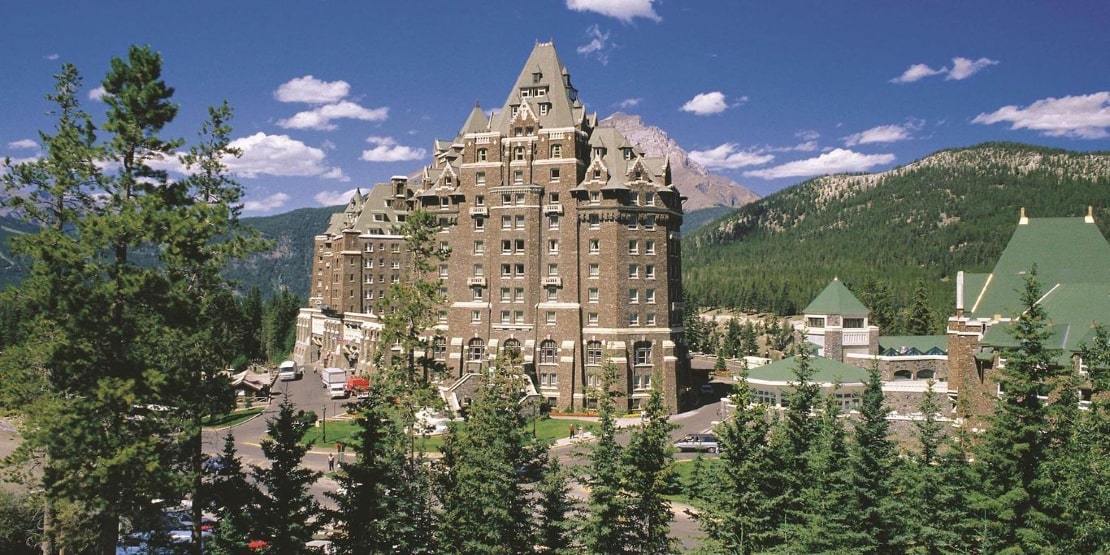 One of Canada’s greatest hotels is the Fairmont Banff Springs Hotel is listed amongst the most haunted place in Canada. It was constructed in the year 1888 through Canadian Pacific Railway. It is said that this hotel has witnessed a lot of ghosts, which includes this one bride who fell off this marble staircase and died, and a bellman called Sam McAuley. 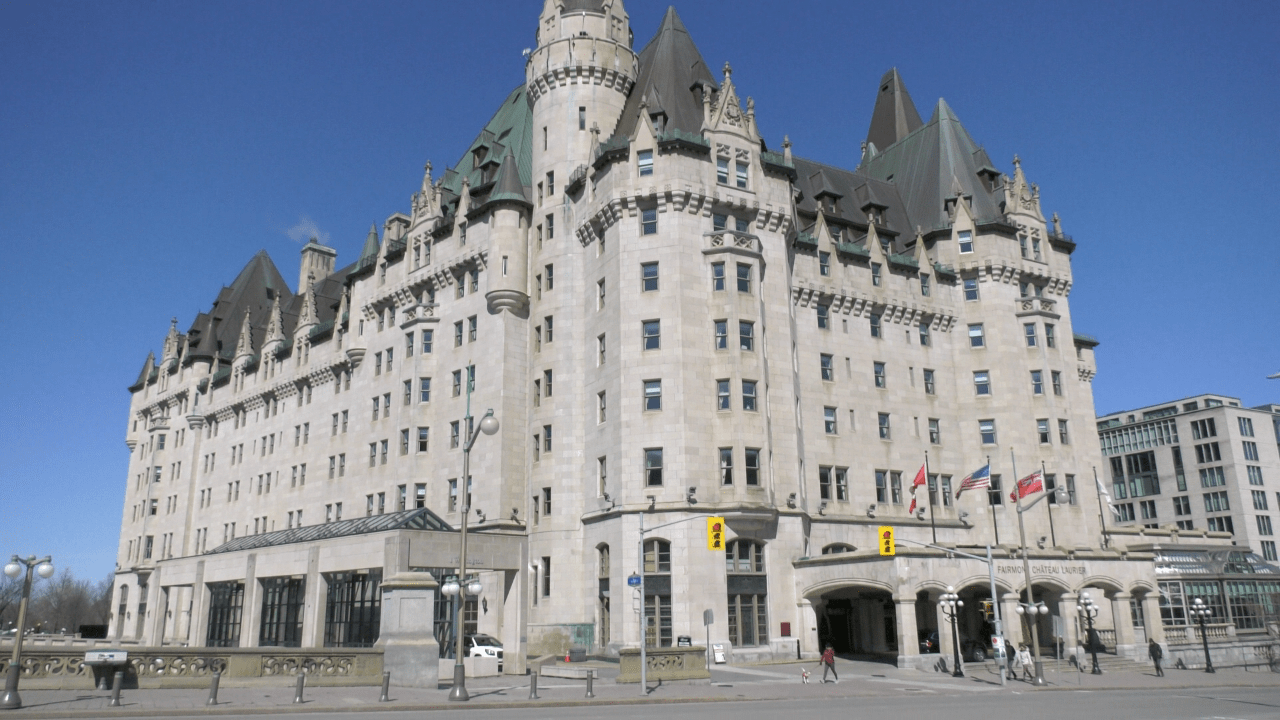 Fairmont Chateau Laurier was owned by Charles Melville Hays, a famous business tycoon. However, he died just before the opening of his hotel opening in the 1912. Since then, it is assumed that his spirit is still present and roams all around the property. 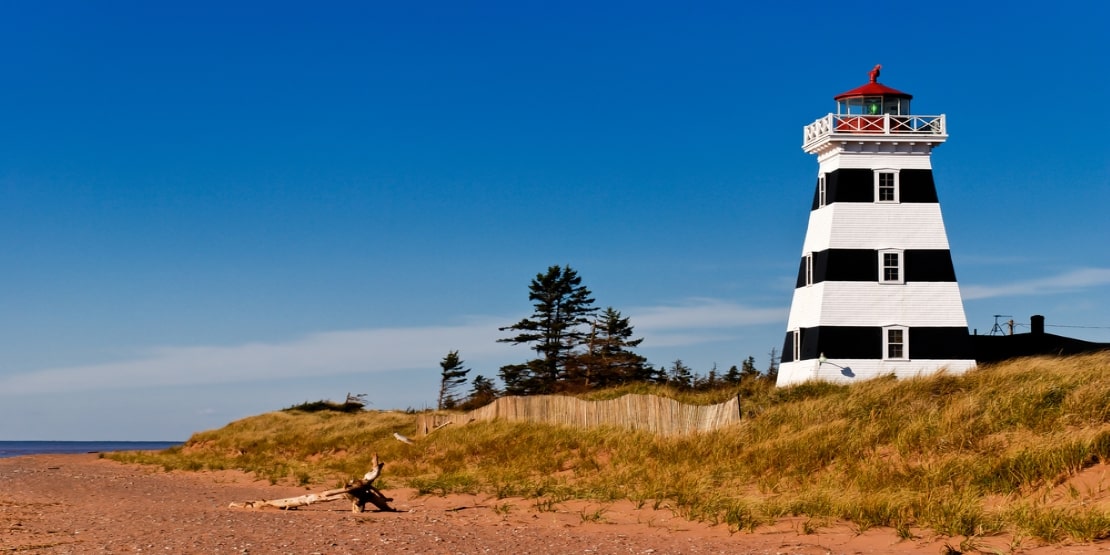 This west point lighthouse is witnessed as a pitch-dark lighthouse and it captures all frightful situations. It is rumored that the place is haunted by the keeper. This is the reason it has made it to the list of most haunted places in Canada. 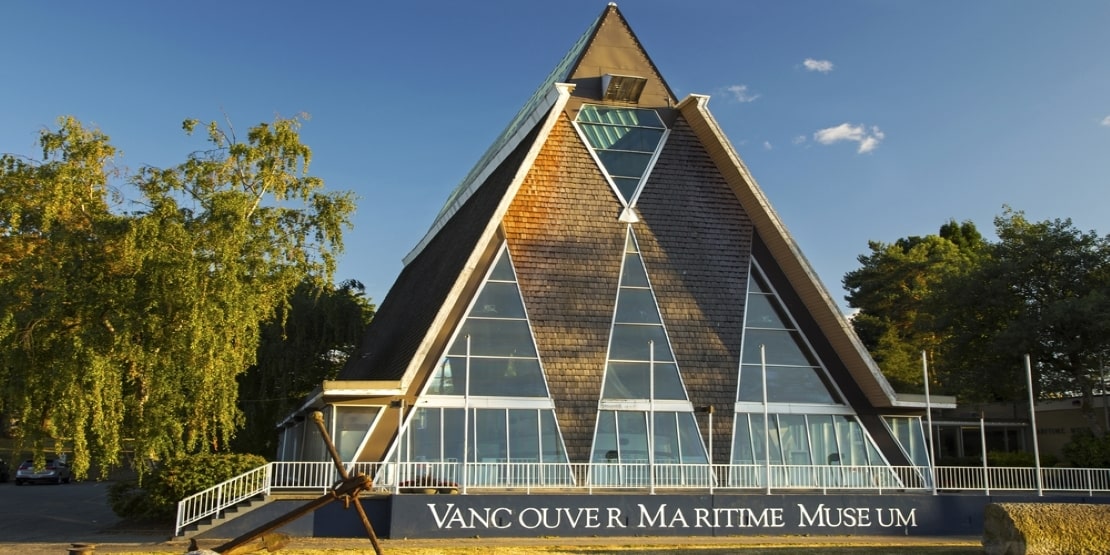 The Maritime Museum of British Columbia located in Victoria is famously known as the place for “newlywed and nearly – dead”. This place was previously known for its jail & gallows. It is assumed that if you look outside of the museum’s window you will probably see a shadow at the entrance of the Museum. Also, Van Dyke’s bearded shadow is seen at the main stairs of the place. This ghost is supposed to be Sir Matthew Baillie Bigbie, the ‘Hanging Judge’. 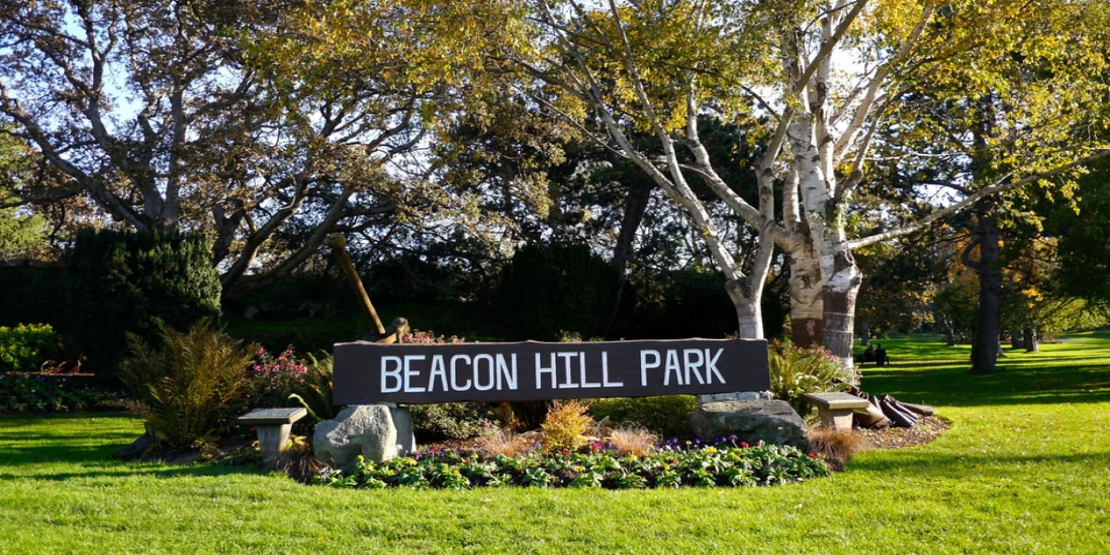 Bacon Hill Park was constructed on 200 acres of land in the year 1882 and is also considered as the gem of downtown Victoria. It is a well-maintained park with lakes, lawns and creeks. But people still hear a doppelganger screaming that is seen on the top of Douglas Street. It is assumed that this is the same woman that was killed in the vicinity.

St. Ann’s Academy is an official convent school situated in Humboldt Street. It was formulated in the year 1858 and then was transformed into a school in the year 1886. It is assumed that there are nuns moving on the ground every morning since there were 9 nuns buried under the same ground.

Through this guide, we have enlisted some of the most haunted places in Canada. The presence of supernatural forces can have grave psychological effects. Hence, it is advised to take all the preventative measures before reading or visiting such places.

Which city has the scariest haunted house?

The house that is known to be most haunted is the Creepy Hollow Haunted House.

Are haunted houses up for sale?

Yes, haunted houses are up for sale. Also, if you choose to buy a historical haunted house you can buy the same at a lesser price as opposed to other apartments on sale.

What are some of the haunted places in Canada?

Some of the haunted places in Canada include Beacon Hill Park, West Point Lighthouse, Fairmont Chateau Laurier, Hockey Hall of Fame, Keg Mansion and many others.

« Asbestos in Your Home : A Silent Threat
Creative Ways to Learn French Online in Canada »