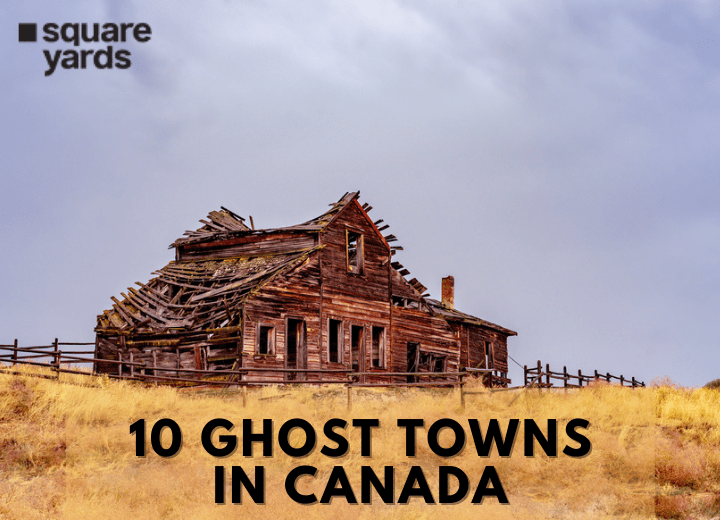 Canada, like its big brother across the border, is a country that started with tiny settlements and grew into big cities over time. But not every settlement turned out to be beautiful. As history is a witness, things didn’t happen as planned. Towns that once grew and flourished now lay eerily abandoned. People left these early settlements and went elsewhere to seek their fortune. Thus, these unexplored places turned into the ghost towns in Canada, which are no less fascinating than the bustling and thriving cities.

Visits to these ghostly and fascinating places have now become a fun tourist attraction in Canada. Do not miss adding the above ghost towns to your next adventure itinerary. Scroll down to know more!

What are the Ghost Towns in Canada?

Canada is home to numerous ghost towns. It is not necessary for a place to be completely abandoned to become a hotspots for thrill-seekers. Canada has numerous deserted towns and cities, especially in the provinces of  Ontario, Alberta, British Columbia, Quebec, and Newfoundland and Labrador.

There are several deserted areas around Canada with visible remaining infrastructure such as buildings or roads. Such places often turn into ghost towns because their sole economic support, like agriculture, mining or gas and coal ended without any hope of regaining their once-booming culture.

In early times, a considerable population built their settlements around a particular industry, mine, or factory. Therefore, when these industries shut down, it led to an exodus of people leaving for finer pastures and abandoning what was once their home. Therefore, Canadians consider these areas to be ghost towns.

Reasons for the Abandonment of Towns in Canada

Abandonment of some places directly signifies a lack of daily needs. Factors that lead to the rise of inhabited towns include- depleted natural resources, shifting of economic activities, roads/bypasses, or rails having no longer access to the town.

Disasters, massacres, wars, human intervention, the fall of empires, and political shifts are also among the major reasons for depopulation. Apart from this, a place could also be deserted if it is a part of an exclusion zone because of man-made or natural causes. 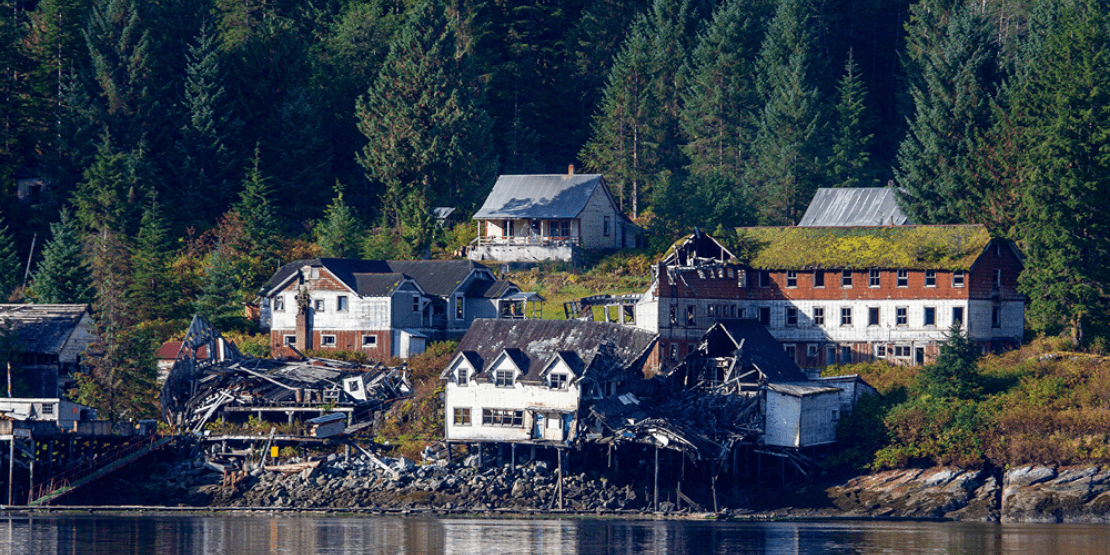 Butedale falls is a high-volume waterfall, and is one of Canada’s must-see waterfalls, located on Princess Royal Island. Next to this beautiful fall, you will see the old ghost town of Butedale. This abandoned city was founded in 1918 for fishing, mining and logging. At its peak, the summertime population of Butedale was 400. 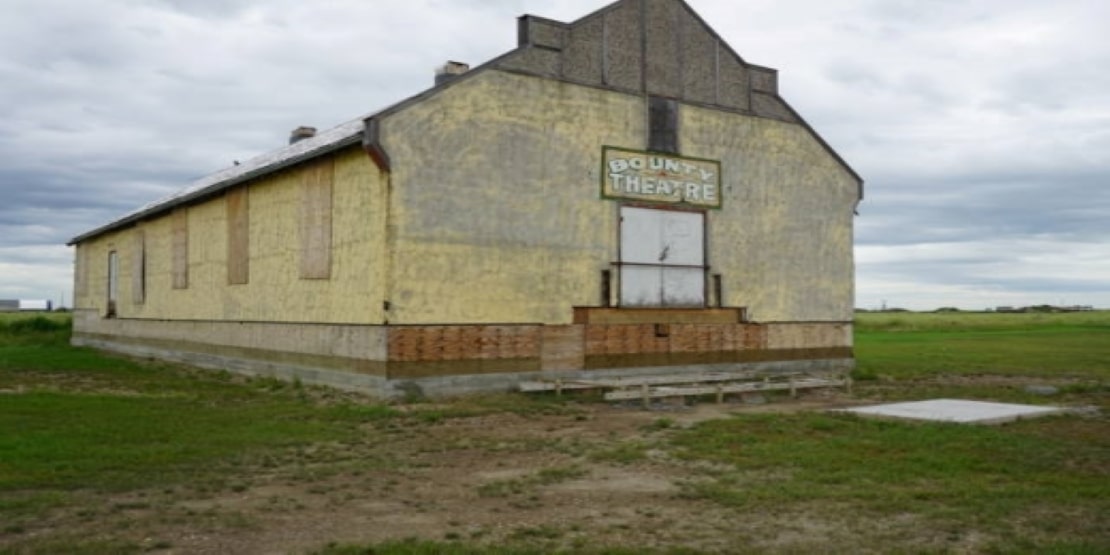 If you want to experience abandoned theatres, television sets, and barns, then you must mark Bounty, Saskatchewan on your inventory list. Reportedly, Bounty used to be a thriving village back in the day, along with its own newspaper, a baseball team of professionals, and a theatre. But this successful settlement lost its status as a village in 1997 because most of its inhabitants shifted to the countryside, and this transition also listed Bounty on the list of abandoned towns in Canada. 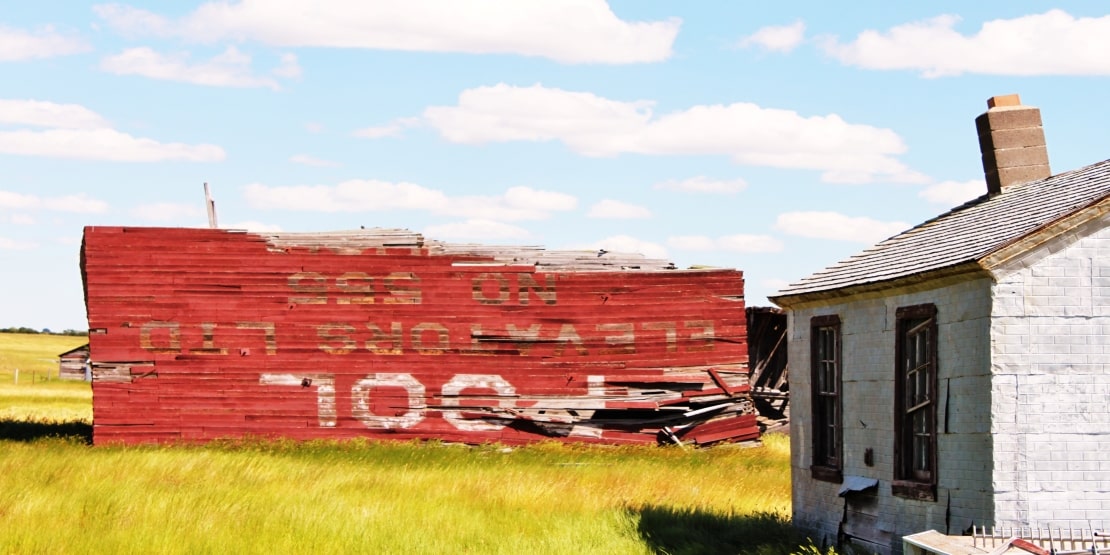 Canucks is a nickname for Canadians, but there is a place named Canuck in Saskatchewan, located north of the US border and 12.5 km west of Climax. Lacking in luck, this place doesn’t represent the community it was. Canuck was a booming community with a few small businesses and storefronts. The town started to lose its inhabitants in 1930, and today nobody lives there besides the bushes. 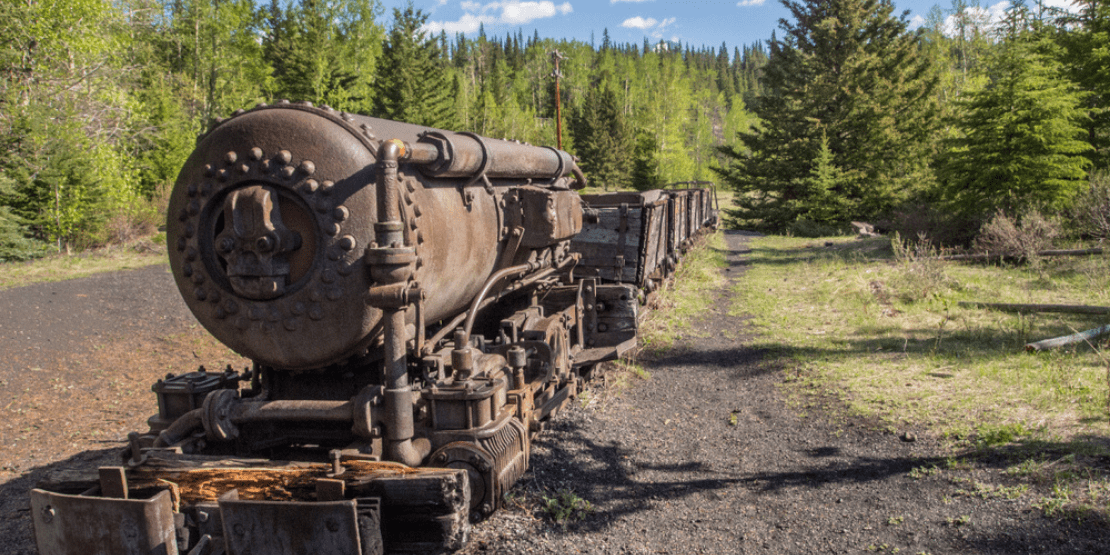 Situated in Banff National Park, Bankhead is home to some popular hiking trails in Canada. It was once a thriving town that was developed around the coal mines in 1903. The mines used to supply coal to the boilers at Banff Springs Hotel and the CPR (Canadian Pacific Railway). Bankhead turned into a ghost town after the coal mining operation closed in 1922 due to which the residents began to move away. 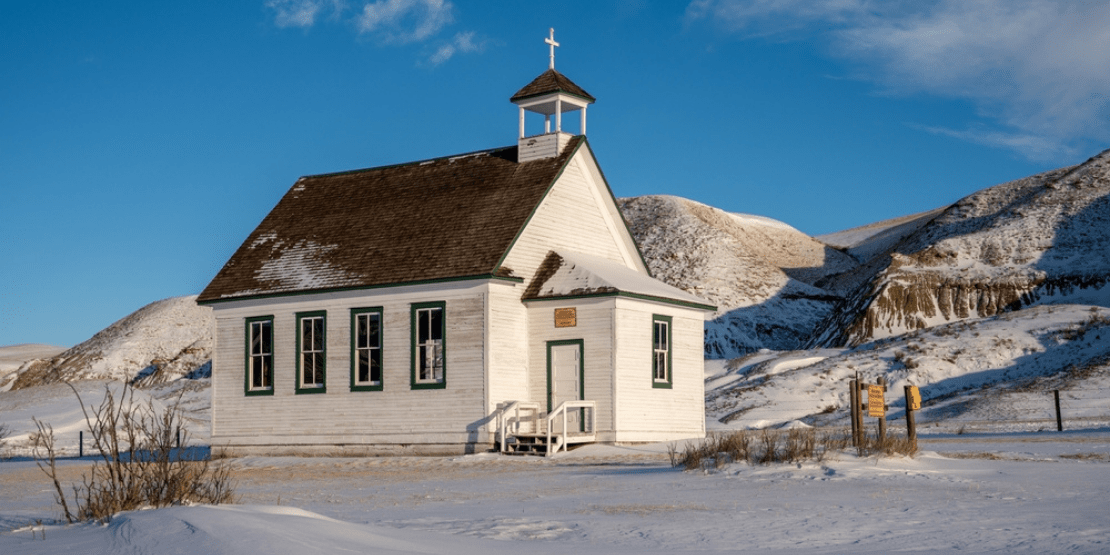 Technically, Dorothy is not considered an abandoned hamlet, as per reports it has 9 inhabitants. However, Dorothy still has ruins of buildings portraying the village’s heyday. Reportedly, the village got its very first post office in 1908, and the arrival of the railway in 1920 provided the settlement of this village with opportunities. But over time, Dorothy began to fade when the residents started moving to finer pastures. Fun fact:- The town of Dorothy was named after Dorothy Wilson, a little girl who lived in the area at the time of the first post office opening. 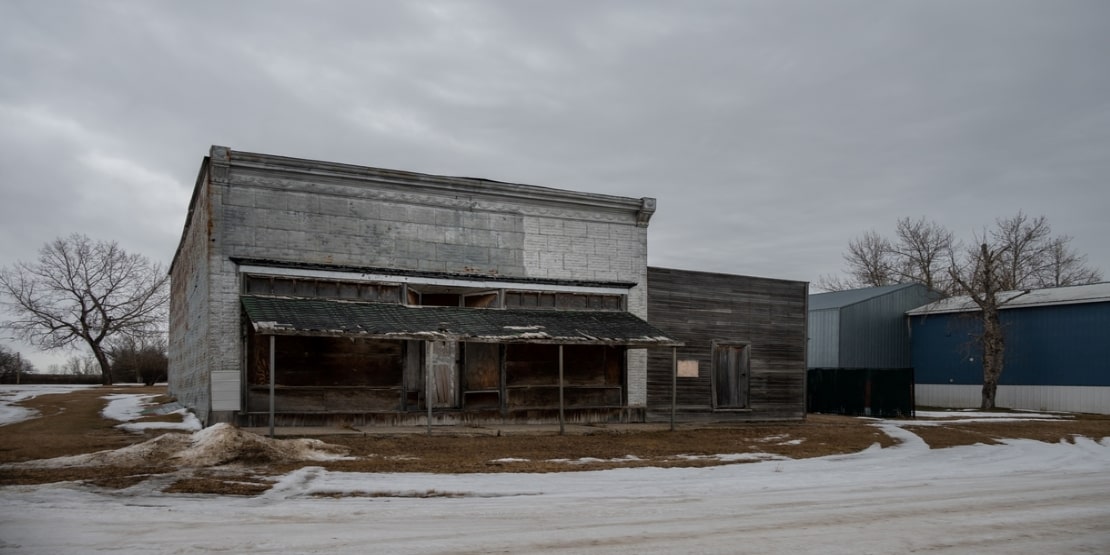 Nemsicam was set up in 1915 when the residents of nearby Bingham moved near the railways running side by side to Highway 61 in southern Alberta. As per the reports of abandoned towns in Alberta, Nemsicam started to decline in 1940 when the inhabitants started moving to Foremost village, which is 5kms to the east. And today only two habitats remain in Nemsicam. 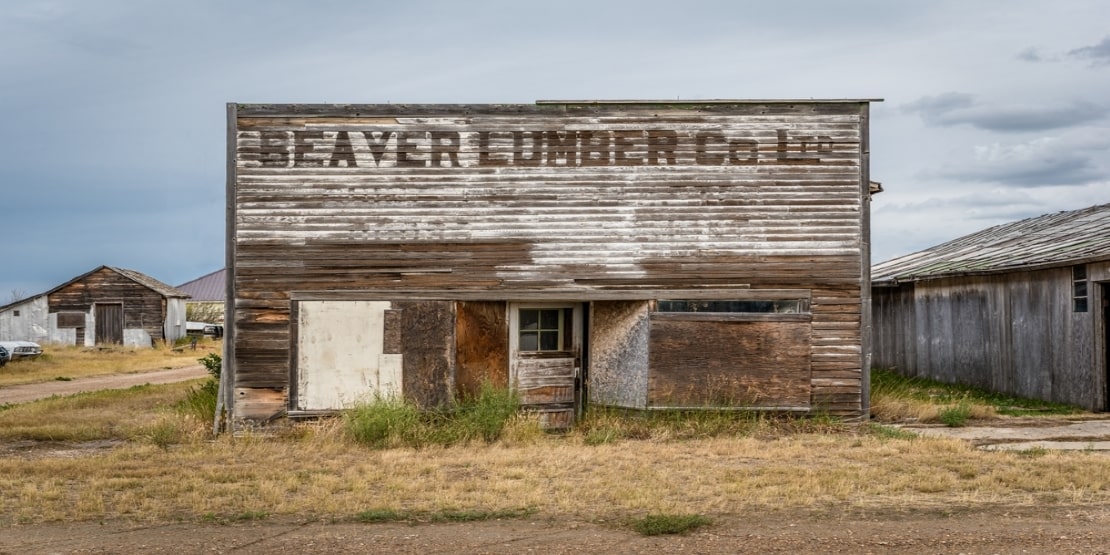 As per the reports of Saskatchewan ghost towns, Robsart was set up in 1910. The railway’s arrival brought an economic boom to the village, which went into decline during the Great Depression. While not exactly abandoned, today there are approximately 20 inhabitants in its derelict structure. 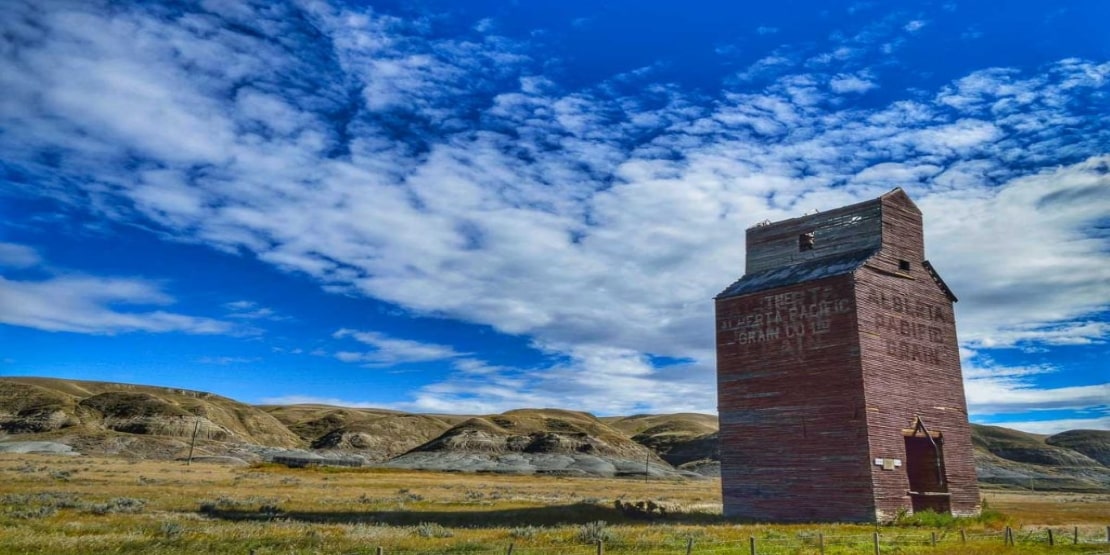 The former locality of Flowerdale, in Southern Alberta, reminds us of an inspiring ancient prairie. Considering the reports, the place once boasted a general store, the post office, and sod houses. Sod houses were the base of early settlements in the Great Plains of Canada. People built sod houses in the past because they were cheap and just required free grass and canvas to firmly stand with the given structure. Over time, as things changed, the inhabitants of Flowerdale moved to the city side for better living standards. 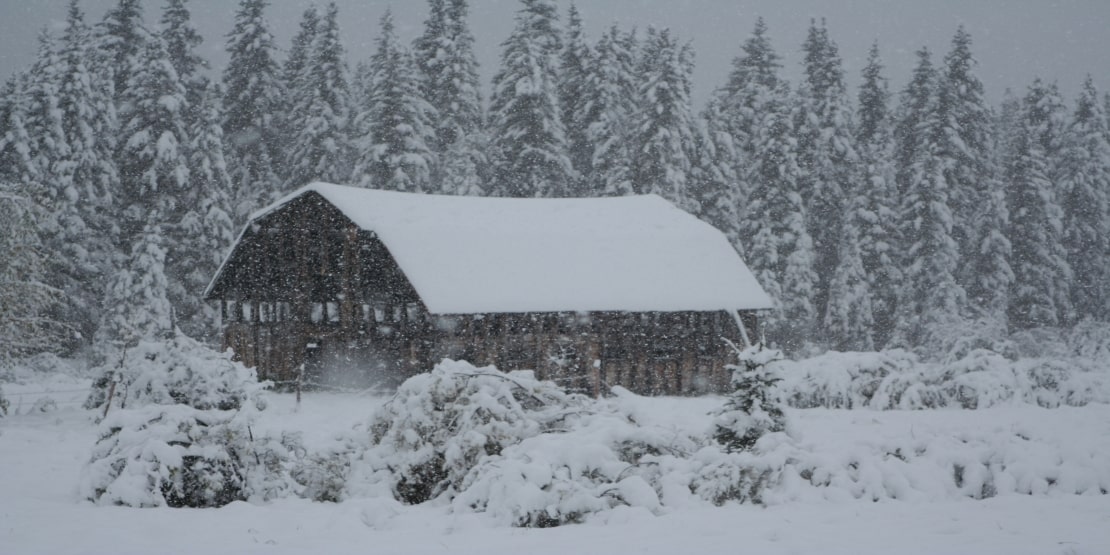 Embarrass is located in the Yellowood County of Alberta. It was set up in 1913 and named after the River Embarrass. The town was centred on the Alberta Coal Branch Line, which supplied coal to locomotives until 1960 when it was replaced by diesel engines. The transformation in the rail engines and the closure of the coal branch were the primary reasons that Embarrass fell into decline. 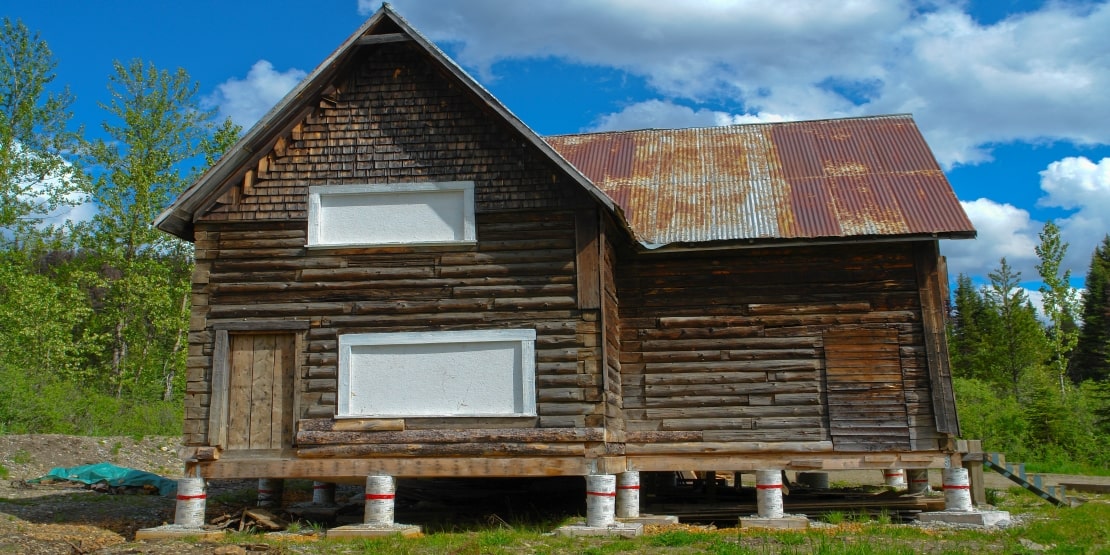 Stanley was founded in 1861 at the time of the Cariboo Gold Rush. According to the Cariboo Regional District, this ghost town used to have an even larger population than nearby Barkerville. Amidst the wild bushes, the old Lightning Hotel speaks of the once-thriving town in the province of British Columbia.

Canada is amongst the most visited places in the world and the second-largest by area. This country has a lot of attractions, history, and mysteries to uncover. While drafting your Canadian travel inventory, visiting at least one of those abandoned towns will guarantee a degree of thrill. Uninhabited places have one thing in common: they were once thriving communities that have since become ghost towns, it is best to conduct some research before visiting one. Each town has its own history and mystery, so explore the ones that interest you.

Which is the most famous ghost town in Canada?

Balaclava is one of the most famous ghost towns in Canada and is situated in the province of Ontario, four hours east of Toronto.

Can I own an abandoned city in Canada?

Many people in Canada opt to buy an entire town instead of buying a city house. By doing so, you can own everything from a house and land to the streets and trees.

Why is it called a ghost town in Canada?

Canada has many places that once used to have a great population and livelihood. But over time, these places became abandoned due to certain causes. Today, nobody lives there anymore, and such places in Canada are called ghost towns.

Is it worth visiting a ghost town as a traveler?

Visiting ghost towns in Canada is an incredible experience for your travels. The unexplored ruins of these abandoned places can take you back in time.

How many ghost towns are there in British Columbia?

British Columbia has more than 1,500 ghost towns or semi-abandoned places, which is more than any other jurisdiction on the North American continent.

Is there an abandoned city in the world?

Ashgabat in Turkmenistan is a popular abandoned city across the world.

Should I invest in abandoned buildings?

If you are okay with putting in a little effort and time to grease up an old structure, then snapping up an abandoned building isn’t a bad idea. With a lot of potential, unique features, and low price tags, you can own these derelict dwellings from all over the world and transform them into breathtaking abodes.

« 5 Tips to Become a Real Estate Agent in Canada
Down Payment Programs in Canada: A Complete Guide »