Tourist Attractions and Places to Visit in Montreal 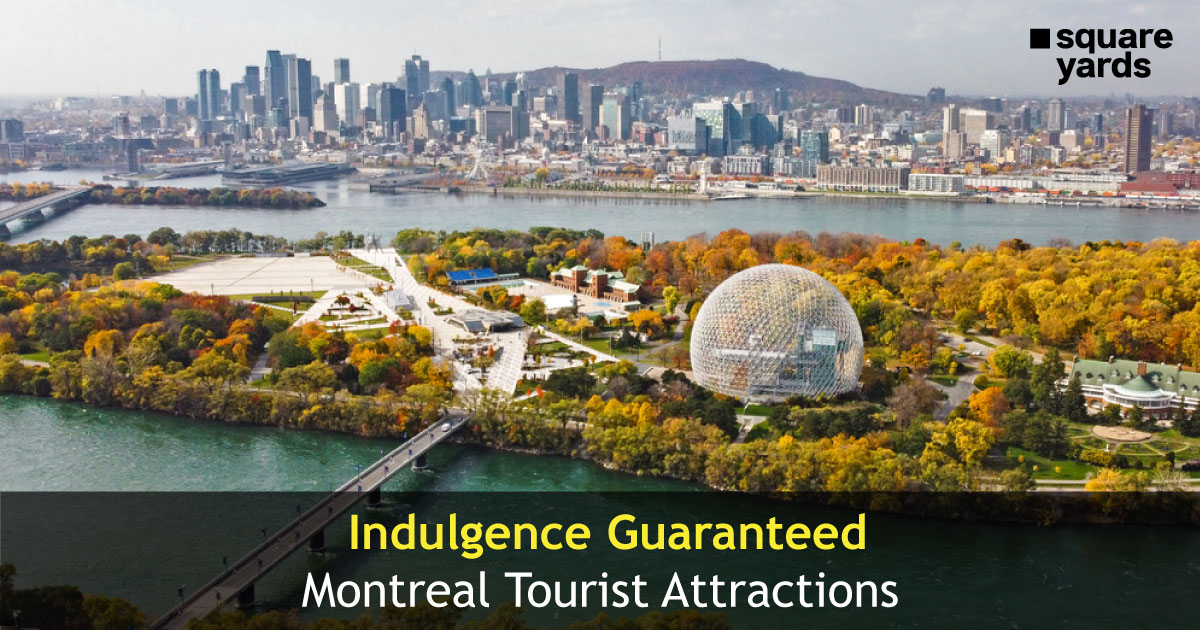 In Montreal, 18th-century architecture blends into a 21st-century skyline, symbolizing the fusion of old and new. This city is versatile in terms of tourist attractions, including world-class museums, amusement parks, and teeming marketplaces. Montreal’s tourist attractions are more than just a tourist hotspot, as they offer an experience worth remembering. In this blog, we will walk you through impactful places to visit in Montreal. 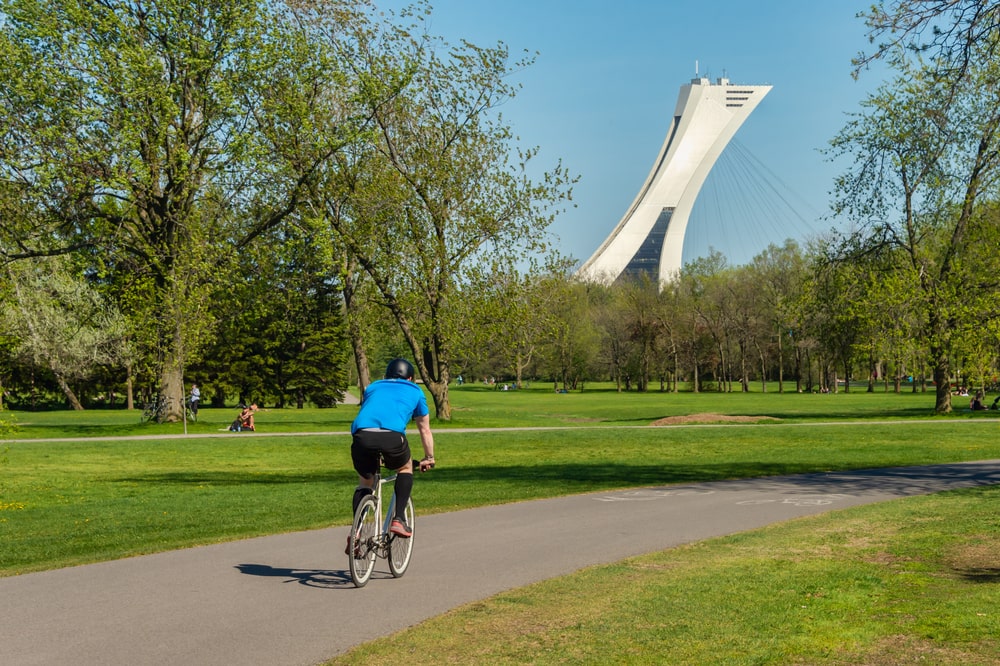 The best and cheapest way to explore Montreal places to visit and its hidden gems is to go on foot or on a bicycle. Empty roads give you the opportunity to explore and live in the moment, to see things from a traveller’s perspective. While visiting such beautiful places, be a traveller, not a tourist. Roaming on foot is the best way to connect with a local guide who can answer all your queries and allow you to cover all the major highlights. Exploration of the open-air markets and street art is a must. It cost somewhere around CAD 85 for a 16 km bike tour with helmets. If you know how to ride a bike, then you are good to go. 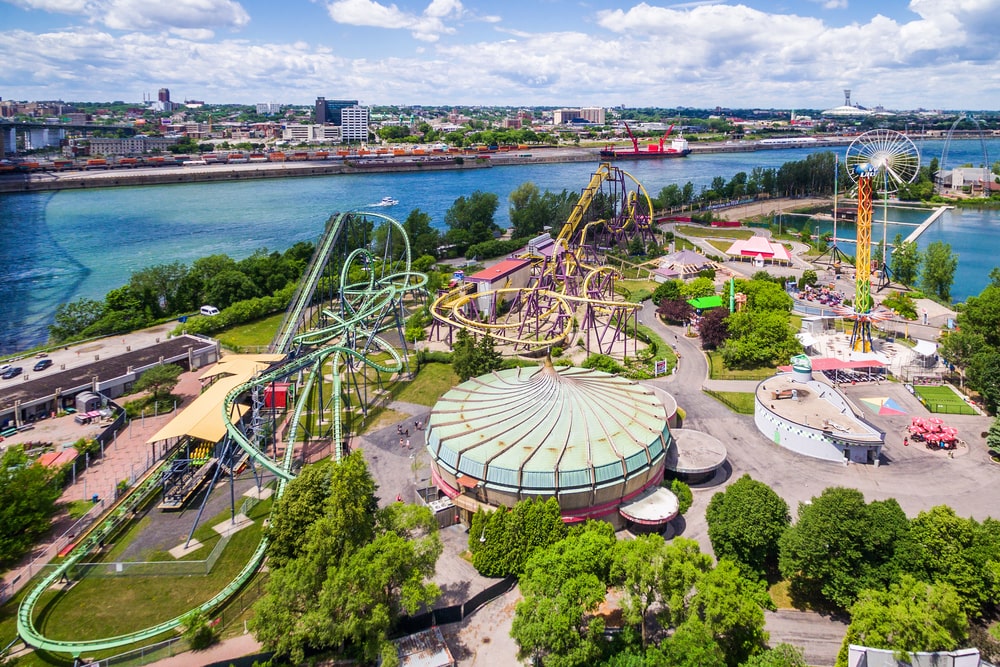 As we mentioned before, Montreal isn’t limited to people of a specific age. In case you were wondering where to head for refreshment and thrills, La Ronde Amusement Park is the place to go. Filled with adventurous rides and carnival games, this place has the potential to make your visit worth remembering. Initially, it was built as a world fair in 1967, which got featured in several TV shows and films, and it also got featured in story books. Individuals can recognise this franchise like “Are You Afraid of the Dark”.

In addition, a few years later, Six Flags purchased this property and modernised a lot of systems and safety features while keeping the old-fashioned aesthetic alive. The modernly designed ride includes slingshots, frisbees, kamikazes, star flyers, fireballs, and tilt-a-whirls. Along with the traditional fun games and activities, new ones were introduced, including shooting water at the clown’s nose and winning gift hampers. A monorail is also situated, which will give you a ride through the park once you get fed up with winning those hampers and are done with the rides. La Ronda’s special events are something that the locals desire. If you are planning to make a visit, make it at the right time so you can indulge in this unique experience.

La Ronde Amusement Park also hosts a Fright Fest where employees roam in costumes on Halloween giving people a scare, which makes the visit more fun and entertaining. This amusement park is one of the greatest attractions in Montreal places to visit thanks to its creator, who created this place while keeping everyone’s links and interests in sight. 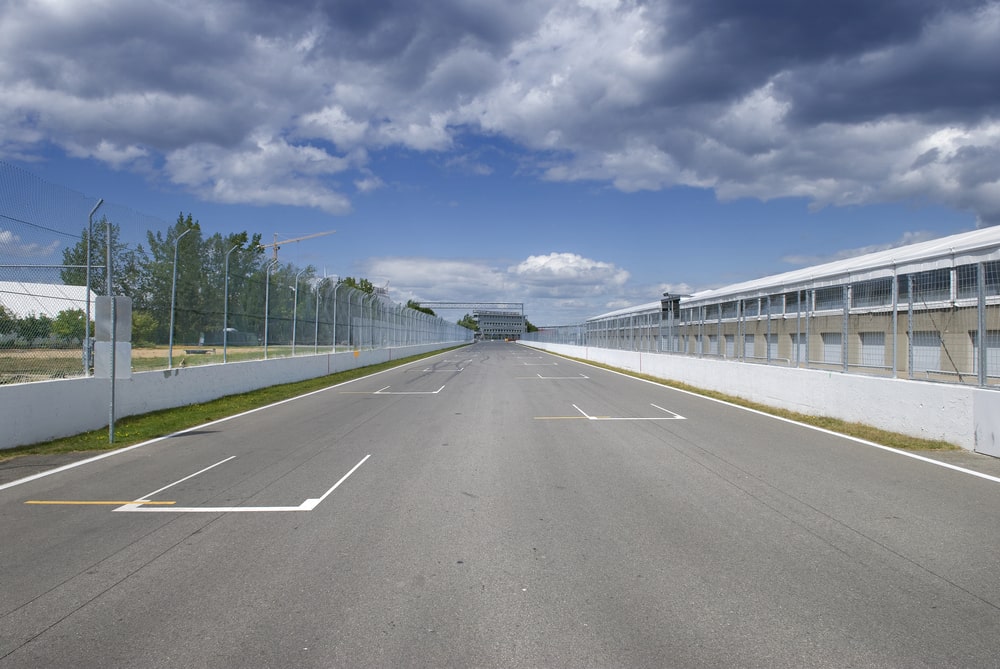 The Circuit Gilles Villeneuve is the race circuit, making it one of the great Montreal places to visit. You can spend a thrilling time at this spot as this racing stripe has the potential to host everything from the Xfinity Series, and NASCAR to the FIA World Sportscar Championship. The sharp curves and hairpin turns generate an adrenaline rush and also give this stripe a reputation as the wildest track in the world. You don’t need to be a race car driver to pave your way to this mighty circuit, as when not in use, this racetrack is open to all for cycling, jogging, skating, and you can even walk your fluffy furry friend (dog).

This racing circuit is recognised with its nickname “The Wall of Champions” due to the four major separate championships which were held here. The Circuit Gilles Villeneuve is situated adjacent to a river that offers a scenic view, making it one of the top tourist attractions for thrill seekers in high-speed action. Furthermore, this race circuit is the home to the Canadian Grand Prix, so fasten up your seatbelts and head towards the circuit if you want to take a glimpse of acting at superhuman speed. 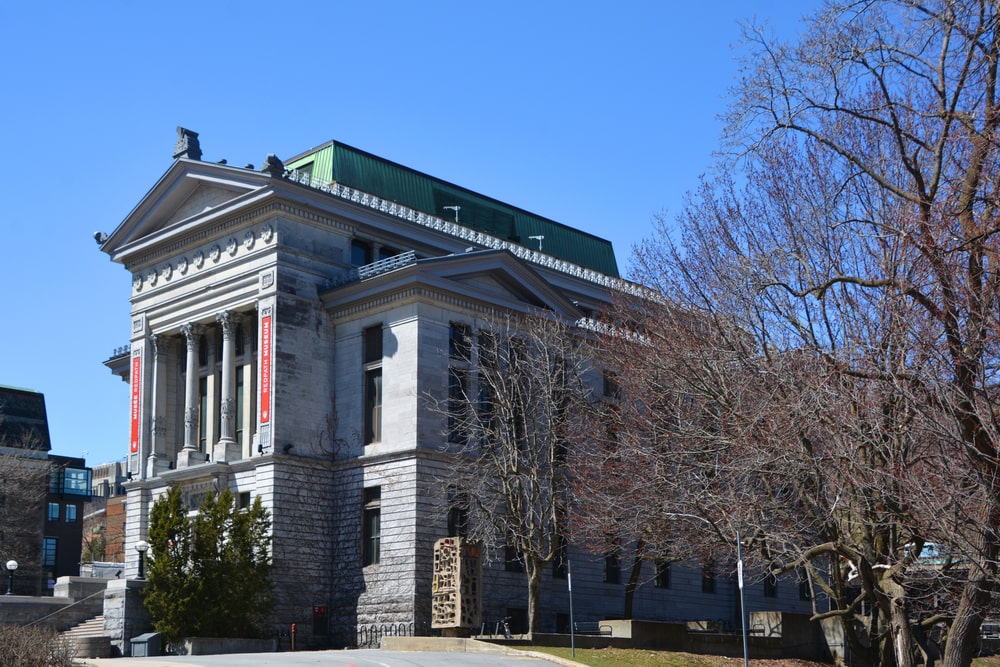 The Redpath Museum has a wide collection of artefacts and artworks which can blow your mind. If you are interested in history and heritage, then the Redpath Museum is one of the best Montreal places to visit. The collection includes things that you might have never seen before, such as Egyptian mummies, skeletons of anacondas, lizards, birds, and so on. Even though the collection may give you a perception that the museum has a grotesque gallery, it is not meant to be a horror show unless you wish to visit this museum at night. The first thing that grabs your attention once you arrive at the museum is a huge dinosaur model. 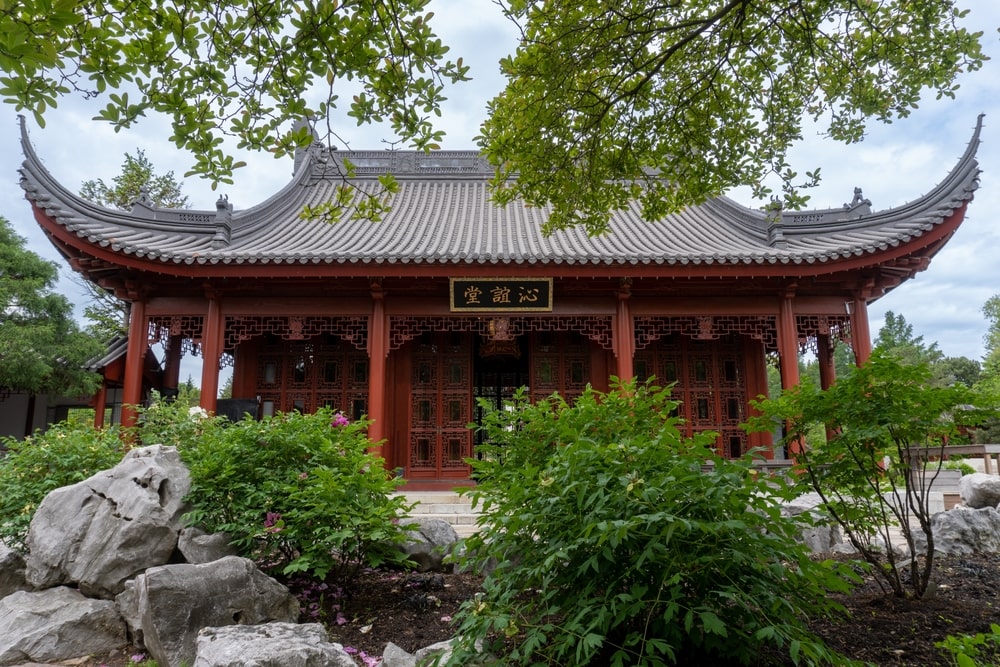 Montreal is the place where the world’s second-largest botanical garden is situated, which was opened in 1931. If you’re a person who has an exotic taste and a love for nature, then this place could be an adventure of a lifetime for you. The Jardin Botanique showcases a wide array of greenhouses, including a Japanese garden, a rose garden, a lily garden, a Chinese garden, and so on.

At this location, there is the nation’s first garden, which is strategically designed to represent the natural environment of Quebec’s First Nations, including the flora and fauna of the Nordic zone. Admission may cost you about CAD 21.50. However, you can get the tickets at a discounted rate if you also want to explore the Biodome and other museums such as Espace Pour La Vie, also known as Space for Life. 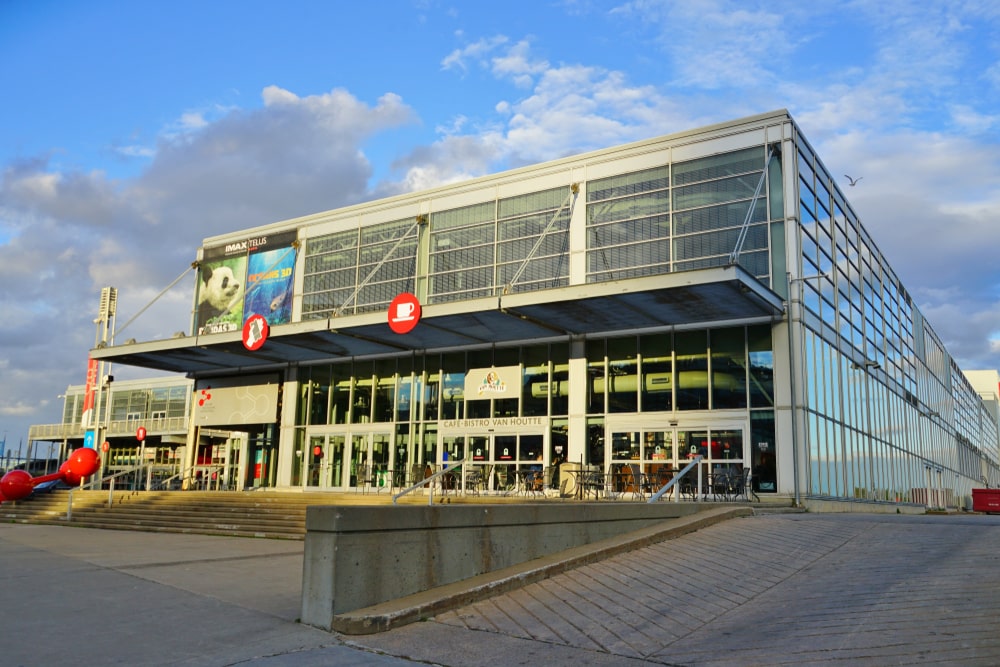 The Montreal Science Centre is a stunning place that is no less than an architectural masterpiece, and the straggling complex also includes a childcare centre, museum, and IMAX theatre. This location is ideal for individuals of all ages; even for kids, it’s a fun learning place. The science centre includes advanced computers that provide virtual lessons and games.

The most recent addition is the IMAX theatre, which is already famous and loved by all. In order to give recognition, a festival named Eureka is organised periodically for the new inventions and innovations. Eureka is a three-day-long celebration of science, technology, and invention. This is a must-visit festival as it is lively and futuristic, and it includes more than a hundred free activities for visitors of all ages. 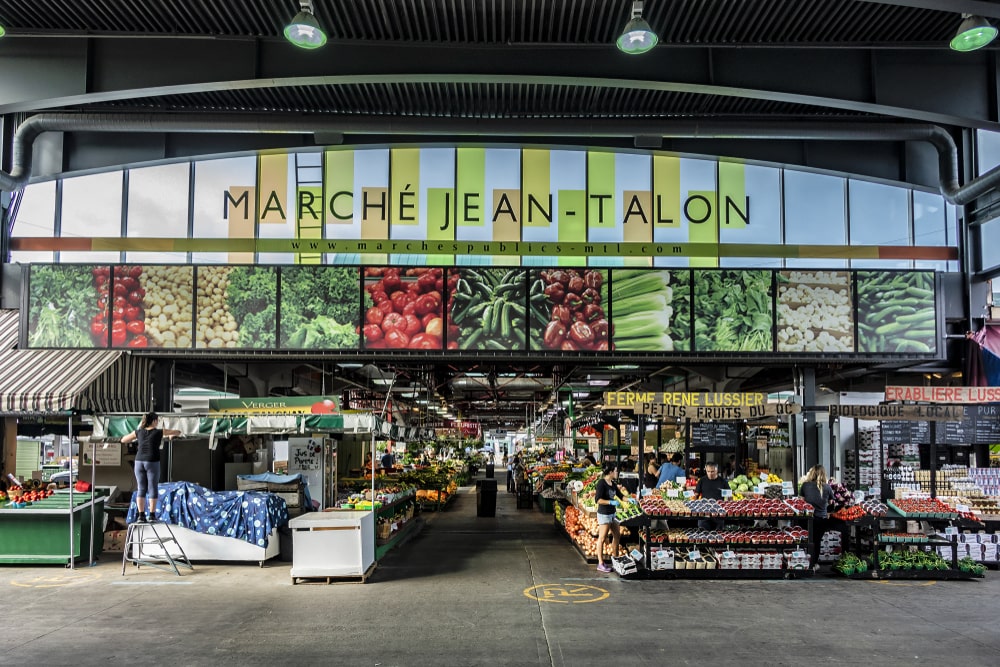 Wander the Jean-Talon Market, Montreal’s largest market that hosts a wide array of stalls in the middle of Little Italy. It is one of the oldest public markets in Montreal, having been inaugurated in 1933. At that time, it was called the Marche du Nord. Later, the name was changed in honour of Jean Talon, who was the first intendant of the New France. While visiting Montreal, it is one of the most recommended places to visit as it is the place where generations of both merchants and consumers have grown up. It is one of the most diversified markets of small shopkeepers and restaurants that serve flavoursome foods.

Soak Up the Sun in Parc La Fontaine 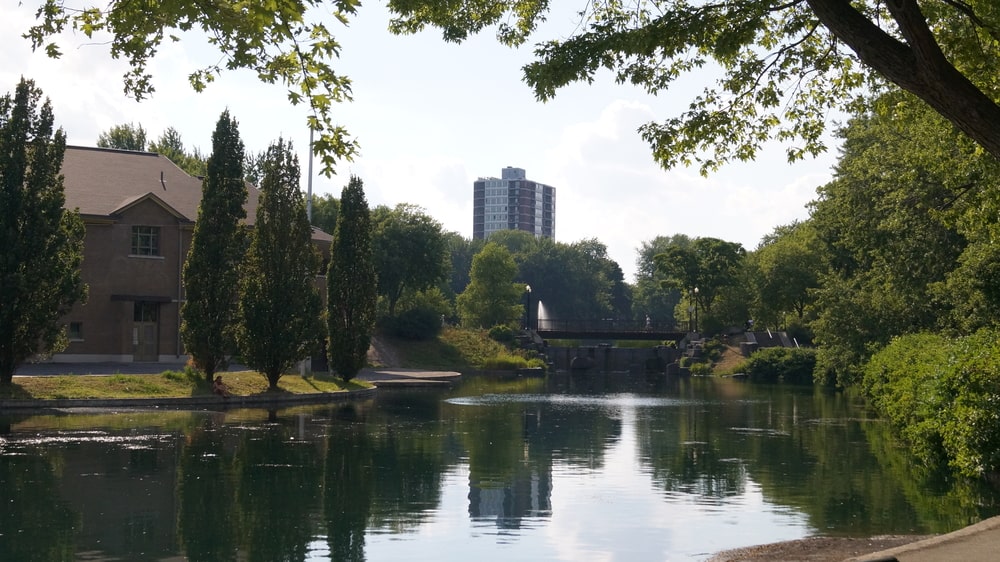 While on vacation, one can’t overlook the fact that parks are the most cosy, comfortable, and happening places to visit. Whether you want to go to fun activities such as beach volleyball, tennis, or just a decent picnic with your loved ones, Parc la Fontaine is the ideal spot. Initially, a farm was turned into a public park in the 19th century. This park is accessible all year round, so you can indulge in different activities in different seasons. During the summer, there are free performances of Theatre de Verdure organised, and during the winter, you can skate on the pond that gets converted into a skating rink. You can also go for cross-country skiing.

What we suggest is the best and cheapest possible way to explore the city and its hidden gems is to visit them on foot or on a bicycle. Empty roads give you the opportunity to explore and live in the moment, to see things from a traveler’s perspective. Even if you don’t speak French and are planning to visit Montreal, don’t worry, the language won’t be a barrier for you.

What is the right month to visit Montreal?

There is no such thing as the best time to visit Montreal, as all of the seasons have their offerings. Winter allows you to perform ice activities such as skiing and snowboarding. Similarly, summer is best for beach parties, and Montreal has somewhere around 15 beaches. However, March to May and September to November offer the best weather, but the vacancies in hotels and their rates fluctuate.

How many days in Montreal are enough to travel?

If you are someone who loves to travel and explore hidden gems, then just visit tourist hotspots or stay in hotels. In that case, one and a half weeks is more than enough for you to explore the places to visit in Montreal.

Which festivals are famous in Montreal?

There are almost 90 festivals that are celebrated in Montreal every year, including International De Jazz De Montréal, Oshega Festival, Pride Parade, Mural Fête Des Neiges, and so on.

What is Montreal famous for?

Montreal is one of North America’s best places for holidays and hosts numerous international events. In 1976, the Summer Olympics were held here. It also hosted Expo 67, which is considered to be the most successful world fair of the 20th century.

Why is Montreal called Sin City?

The reason why Montreal is called the Sin City is that during the Prohibition era, Montreal got its nickname as Americans flocked over the border to escape the ban in the US. Since that period, the city has retained its free spirit.

Do they speak English in Montreal?

French is the official language of Montreal. However, according to a few surveys, reports state that 50% of the population speaks both French and English fluently. So if you are planning to visit Montreal and don’t know French, then don’t worry; the language won’t be a barrier for you.