Know About Road and Public Transit Accessibility in Canada 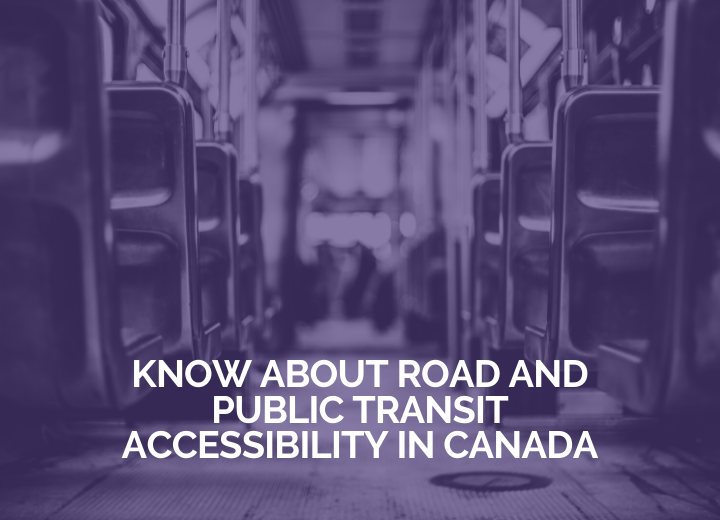 hWho doesn’t know about Canada? The answer is everyone knows, as Canada is the largest country in the Western hemisphere. Canada extends from the East of the Atlantic Ocean to the West of the Pacific Ocean and into the North of the Arctic Ocean. In fact, it is preferred by many people due to transportation in Canada, easy life, perk of Canadian passport and others.

Here are other things that makes Canada so amazing! They are as follows:

Today in this article, we will discuss the developed road transportation in Canada, its benefits, and the top cities with public transit accessibility.

Without further ado, let’s ride and read about road and public transit accessibility in Canada.

Overview of Road Transportation in Canada 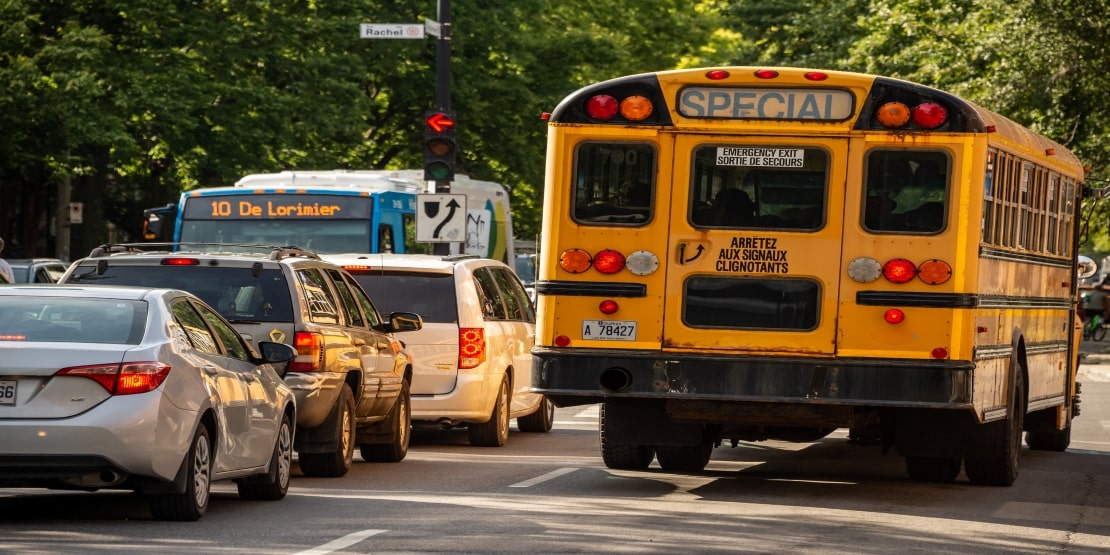 Road transportation is one of the most popular modes for passengers to travel in the chilling climate of Canada. The road transport modes help people in traveling and fulfilling their necessities. There are 20 million light vehicles, seven hundred thousand trucks, and 15,000 public transit modes.

However, creating such a road transport infrastructure was very challenging for the Canadian government. Some of the challenges are:

Since 2011, various initiatives have been taken to improve the safety of people on the road. This has led to the replacement of old safety measures with new ones in 2015. The former policy was Road Safety Vision 2010, and the modified version was known as Road Safety Strategy 2015.

To make road transportation in Canada secure, there are several actions both Canada and the US government has taken. The US is involved because the exchange of goods takes place by road between both countries. These actions will stop 90% of unlawful trafficking of goods between the countries, mitigating the to and fro of illegal vehicles, and more.

Canada and the US have upgraded and adjusted their infrastructure, increased the staff level, improved the use of technology, re-balanced the sources and initiated programs for reducing risk for travelers. Further, these initiatives will continue to grow to standardize the wait times at the border and to fulfill the vision of RSS 2025.

The Canadian government has covered 38,000 of the area in making up the National Highway System ( NHS ). The NHS has more than 8,700 bridges, increased travel by more than 65%, and decreased the death and injury rate by 30% and 10%.

Additionally, 90% of intercity travel is by car, which explains the need and requirement of better roads, connecting cities, villages and states.

In 2018, the government of Canada resumed working towards the goal of providing zero-emission vehicles across the nation. However, in 2019 January, the Council of Ministers of Transportation were given the responsibility for releasing the plan of action keeping environmental safety measurements in mind. Since the Council of the Ministers didn’t reach any conclusion, the Minister of Transport announced that they would have 100% zero-emission vehicles.

The clean growth and climate change framework makes the federal government work with nation’s every province, territory, and industry on new requirements, fuel-saving, and many other add-ons.

Types of Road Transport in Canada

The types of road transportation in Canada include the following: 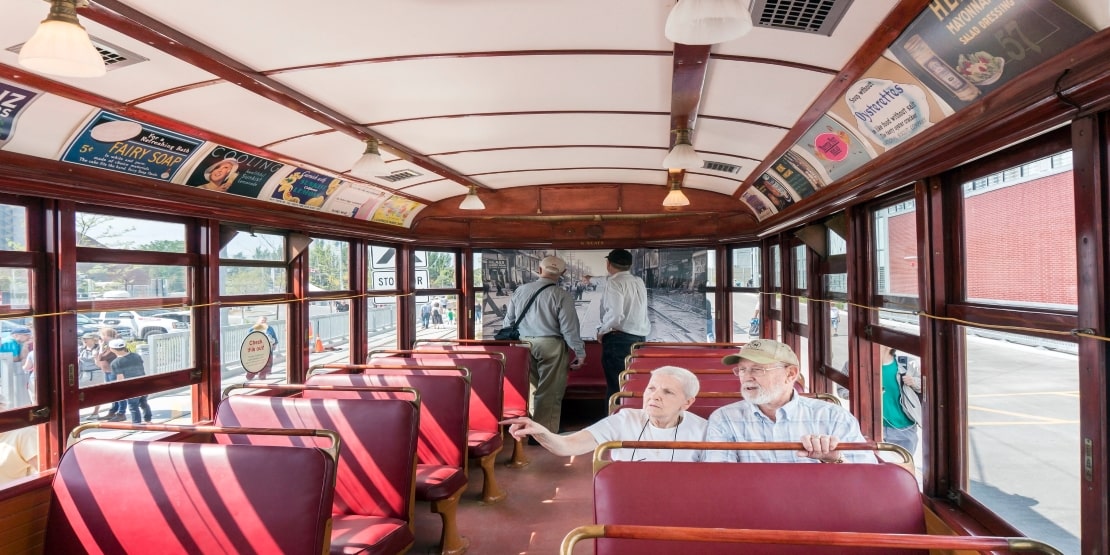 There are top 5 cities where urban transportation can be seen easily in Canada. These are as follows:

The lower mainland of British Columbia comprises regional districts of Metro Vancouver and Fraser Valley. Metro Vancouver is a legacy of the Winter Olympic Games of 2010. During the 2010 Olympic games, new Olympic lanes were created to control the game-related traffic and divert the general traffic. It was a demand of time because numerous roads were closed for security reasons, corridors became pedestrian-only lanes, and all these resulted in a decrease in traffic by 50%.

Further, this Olympic Integrated Transportation plan was successful, and the following steps were taken into consideration:

The plan was so successful that people willingly used alternate modes of transportation.

The Demand for Urban Transit is Growing in Metro Vancouver

The demand for urban transportation is growing at a fast pace in Metro Vancouver. Keeping the demand and increasing population in mind, over 100 strategies were worked on to draft a Translink plan.

The main goal of the Translink project is to create an excellent infrastructure for road transportation, including walking, cycling, ride-hailing, and more. This 30-year regional plan will be more steadfast, and offer inter-regional services.

Also, new links will improve the connectivity. This strategy calls for further additional networks dedicated to bus routes across Metro Vancouver. It will help in connecting the farthest destinations in the Fraser Valley and Sea to Sky corridor.

The transportation facilities in South Ontario need continuous efforts, modifications, and improvements to fulfill the traveling needs of people. Several plans of action and strategies are required for implementing technological advancements on South Ontario’s roads. The successful implementation of these strategies will work for the betterment of traffic control, safety, security, and infrastructure.

All the municipalities and communities have been working together for many years and provided a safe, reliable and integrated transportation network to the people of Ontario. This plan will create an integration of transportation between bus, rail, and transit services. Moreover, the federal government that governs the air and rail services will play a major role in achieving this perfect transportation dream.

Metrolinx, a provincial agency, is responsible for planning transportation in the Greater Toronto and Hamilton areas. According to the financial plan launched in 2011, there will be actions to improve the movement efficiency in the region. The launch of Go Transit has made it easy for people of Hamilton and Toronto to travel easily from one place to another.

Fact: The Go trains and buses are used by over 6 million people living across 8000 km/sq. of area.

The Go train services between Toronto and Hamilton are steady, regular, and hassle-free. It will take you only an hour and a few minutes to travel from Toronto to Hamilton. The payable charge will be between $10 – $15.

You can also choose the subway, streetcar, and bus for traveling around Toronto. Toronto Transit Commission handle these services. The transit services operate on extensive pathways across all the suburbs and cities.

In the Montreal Metropolitan Area, Urban transit is considered a part of provincial planning under the governance of the Metropolitan Transportation Agency. There are three public transit corporations in Montreal – the STM, STL and RTL. All three companies provide their services to Montreal, Laval, Longueuil and the South Shore. These services are present in the inter-municipal transportation council serving the outer suburban area.

However, several public transit projects are planned for the greater Montreal areas. Most people use water, airways or ferries to travel in Montreal. But the increasing demand for public transit led to the opening of 68 stations which are spread across its four lines. In a nutshell, using public or road transport in Montreal, Canada, is easy now.