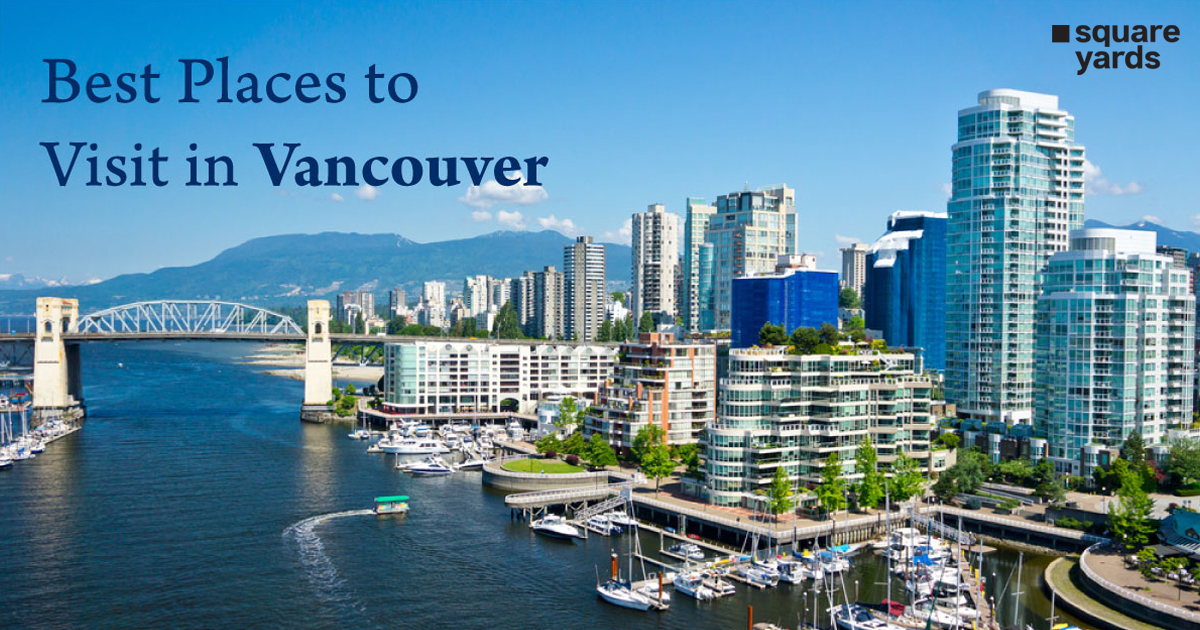 It is no surprise that Vancouver is ranked the fifth most beautiful city in the world. It is the second most popular city in Canada after Toronto. Despite its cultural and cosmopolitan heritage, the city maintains a strong sense of tradition. The city is enchanting and special because There is many Best tourist places in Vancouver. The best places to visit in Vancouver Tourist Attractions like aquariums, gardens, the science world, museums, galleries, parks, and beaches. Enjoy a lifetime of experiences at these Vancouver Tourist Attractions ! 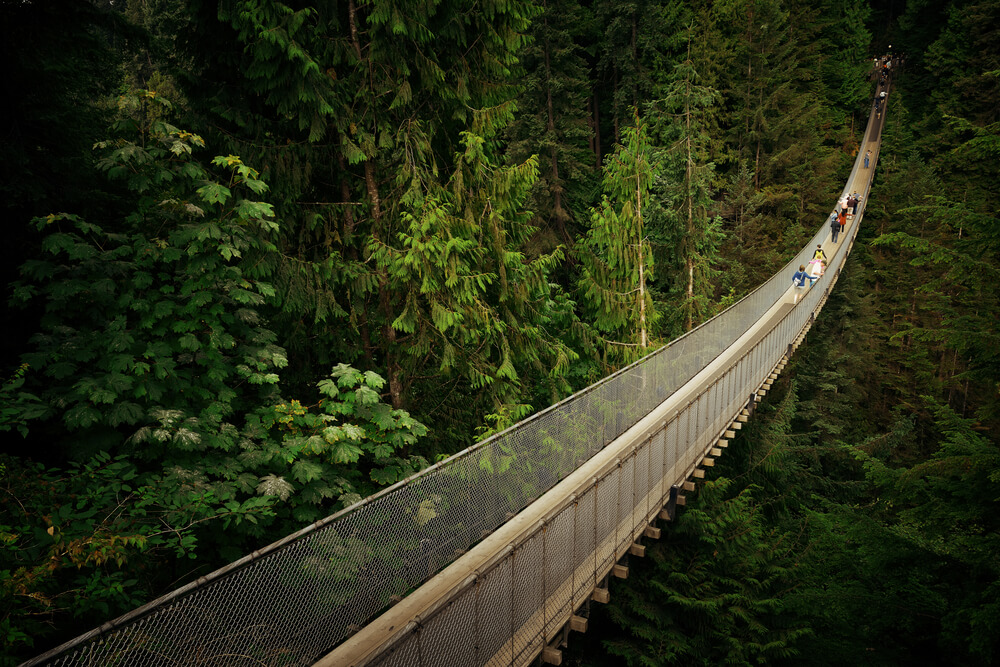 In Capilano Suspension Bridge Park, you can experience a new way of walking through the forest with all its woodsy scents. It is an exquisite tourist spot in Vancouver as tourists come from all over the world come here to walk on this 140-meter-long bridge at a height of 70 metres and cross the Capilano River. The ground trail is a great place for adventurous people and for those who are not. You can see the Totem Park and see how the Northwest natives create traditional crafts, making it one of the best places to visit in Vancouver. 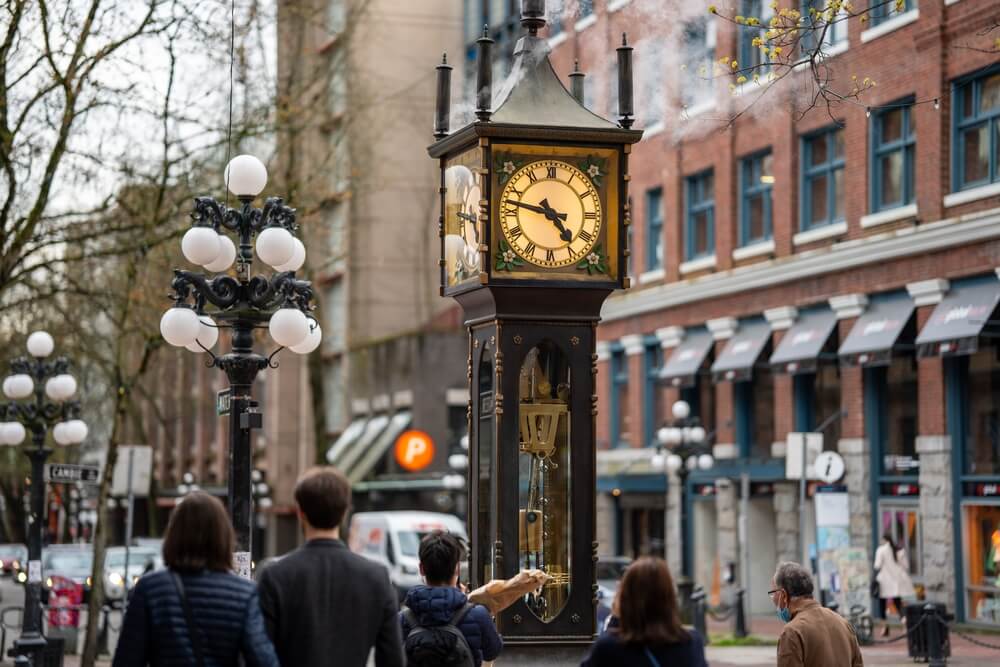 Gastown is one of the parts of the town that came into existence in 1867 by John Deighton. It has galleries, restaurants, shops, and some restored Victorian buildings. The city was first named Gassy by Jack Deighton but was later changed to Vancouver in 1886. It is a national historic area among other attractive tourist places in Vancouver with several heritage infrastructures, cobblestone streets, iron lampposts, and many more. 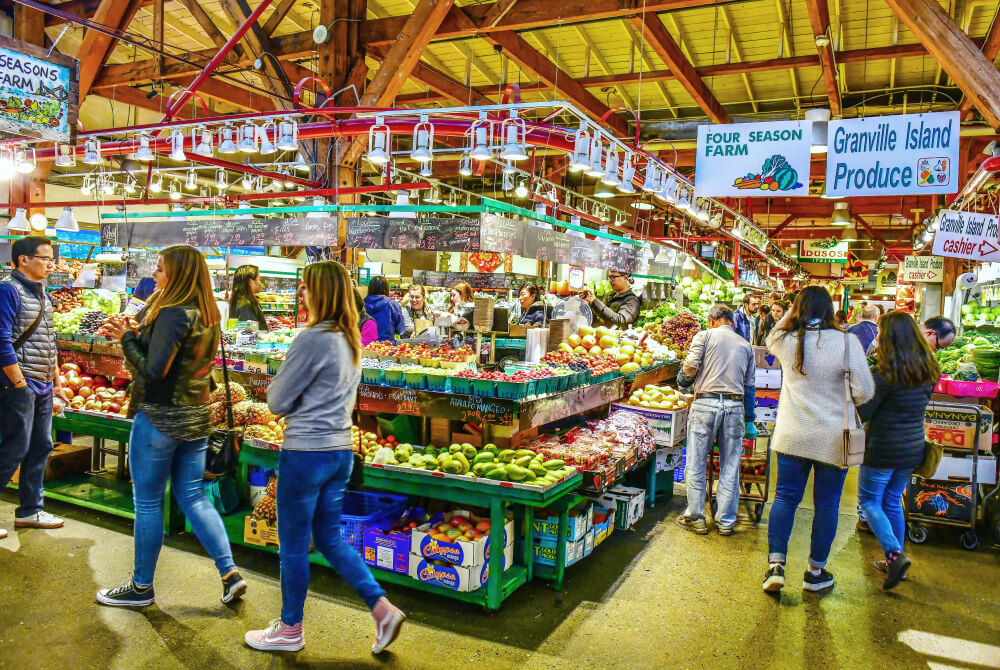 Granville Island is North America’s most booming renewal project. This place has completely transformed from an industrial area to one of the best Vancouver Tourist Attractions . Shops and warehouses once left to decay now sell vegetables, fruits, and a variety of cuisines. Granville Island is connected to residential areas by a single road and footbridges to the south, and the Downtown Peninsula by travelling by ferry. 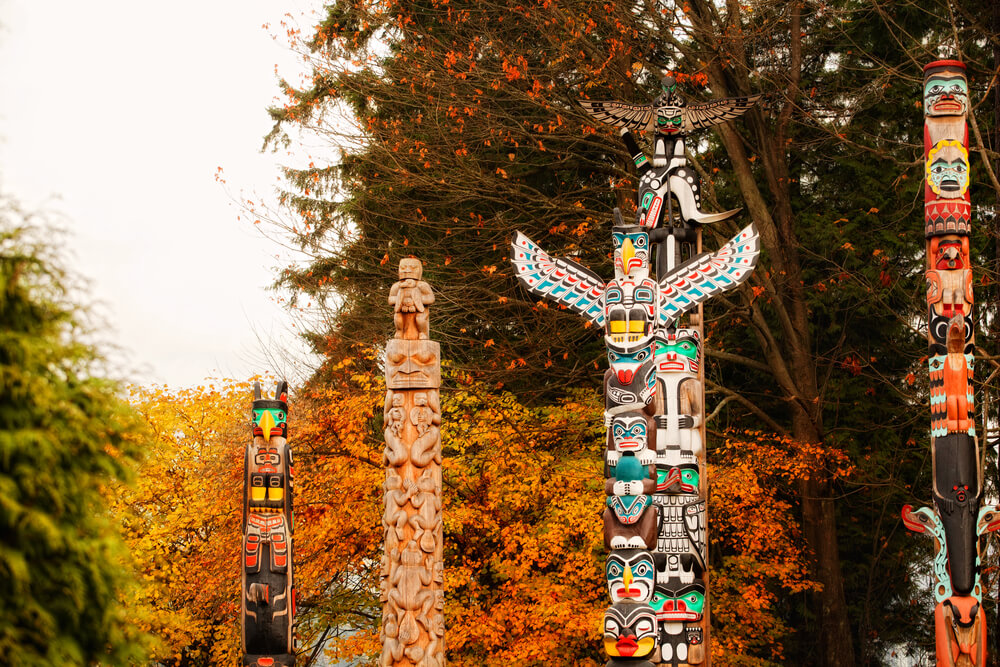 Stanley Park is spread over 1,000 acres in central Vancouver. It is the city’s first and biggest park where people can go cycling on an 8.8 km track along the English Bay. There is also a trail of 27 km through a rainforest where you can experience the peace and wildlife. There are also nine totem poles at Brockton Point or Vancouver Aquarium carved by the Nation’s First tribal members. The totems have been there since 1888, adding vibrance to the park. During spring, Stanley Park bursts into rainbow colours, and in summer, there is an 80-meter heated pool popular for families. 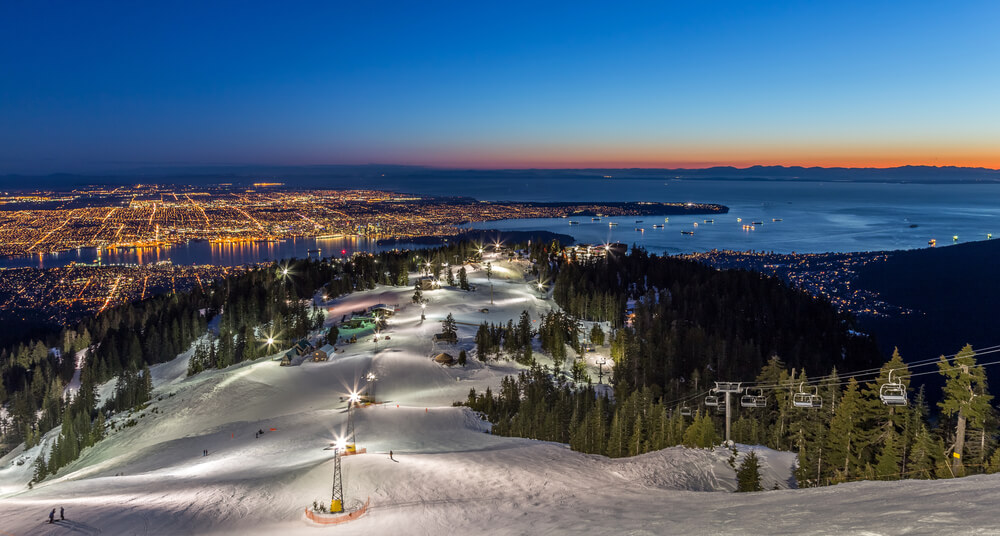 Grouse Mountain is one of the main Vancouver Tourist Attractions , where people prefer to hike in the summer and ski in the winter. Every day, a cable car runs from the street to the summit, where you can dine, enjoy activities, and see Vancouver’s wildlife all year long. 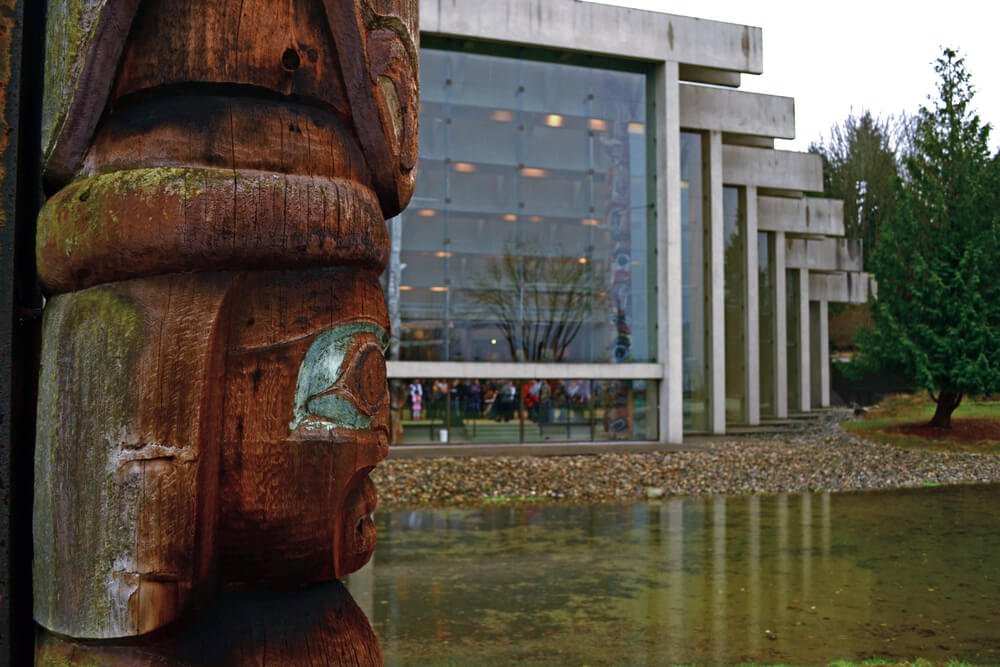 UBC’s Museum of Anthropology offers visitors an insight into cultures around the world and British Columbia’s First Nations. Totem poles and ethnographic and archaeological items representing continents such as Europe, Asia, Africa, and America will be found here. Arthur Erickson is the man behind transforming one of the most loved tourist places in Vancouver from the WWII-era infrastructure into a top-notch museum.. 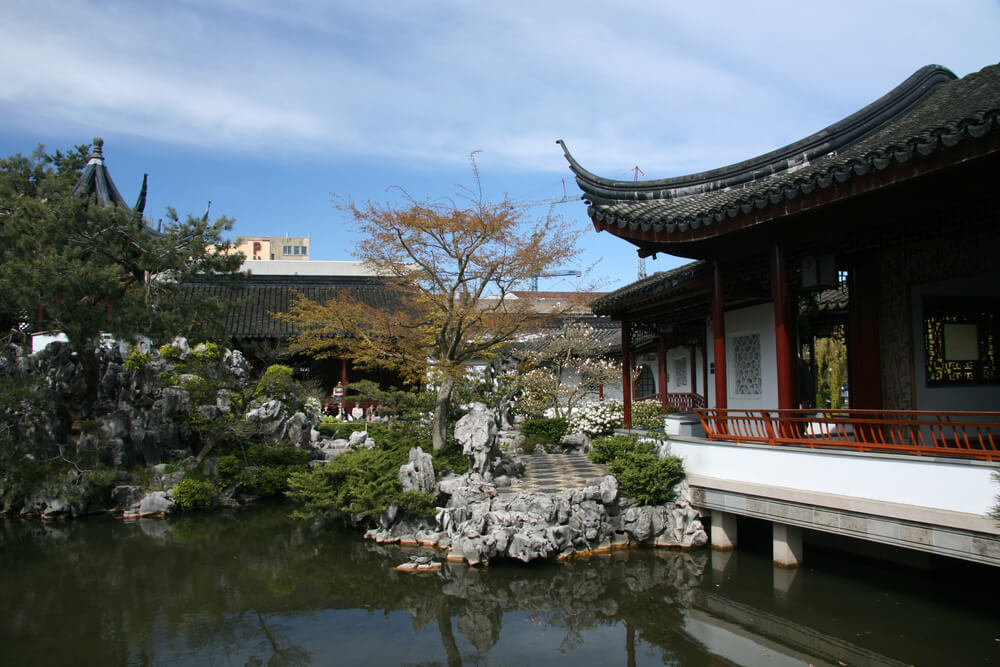 The Dr. Sun Yat-Sen is the first Ming Dynasty-style garden outside China. A total of 52 craftsmen came from Suzhou to ensure the authenticity of this classical Chinese garden. It is named in honour of the first Republic of China. The authenticity is that it will take you back in time to the 15th century. However, it was only built in the 1980s. 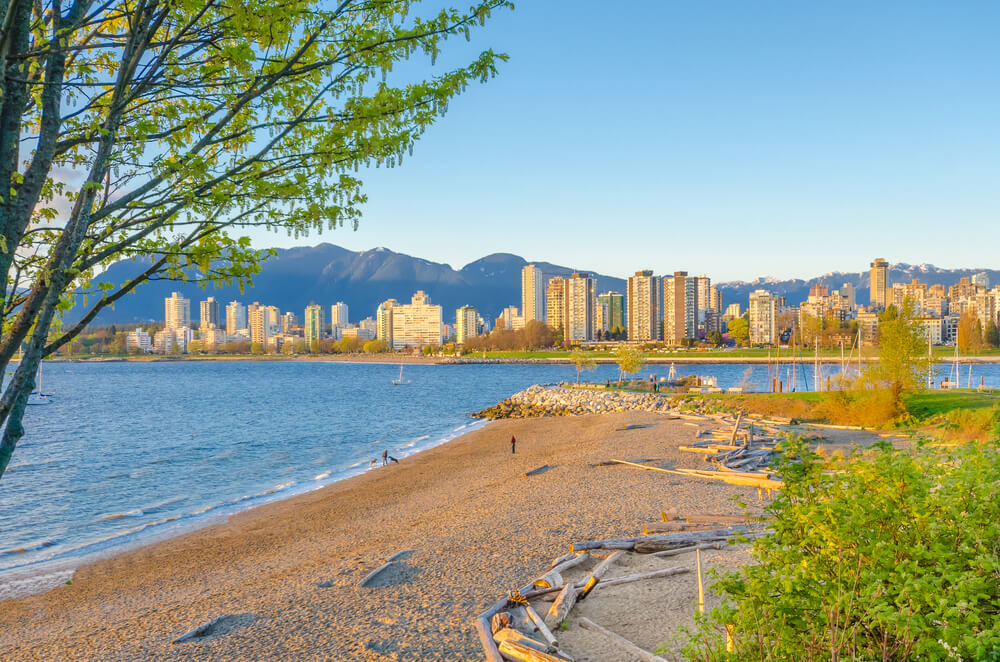 Kitsilano Beach is a perfect place to hang out with friends, have romantic dates, walk alongside the ocean or take a dip in heated summers. The best part is that from Kitsilano beach, one can see the scenic views of the city, enjoy the cafes, and many other things. Furthermore, within a short walking distance, one can enjoy the Vancouver Maritime Museum. It is one of the best places to visit in Vancouver because it offers so much history and culture. 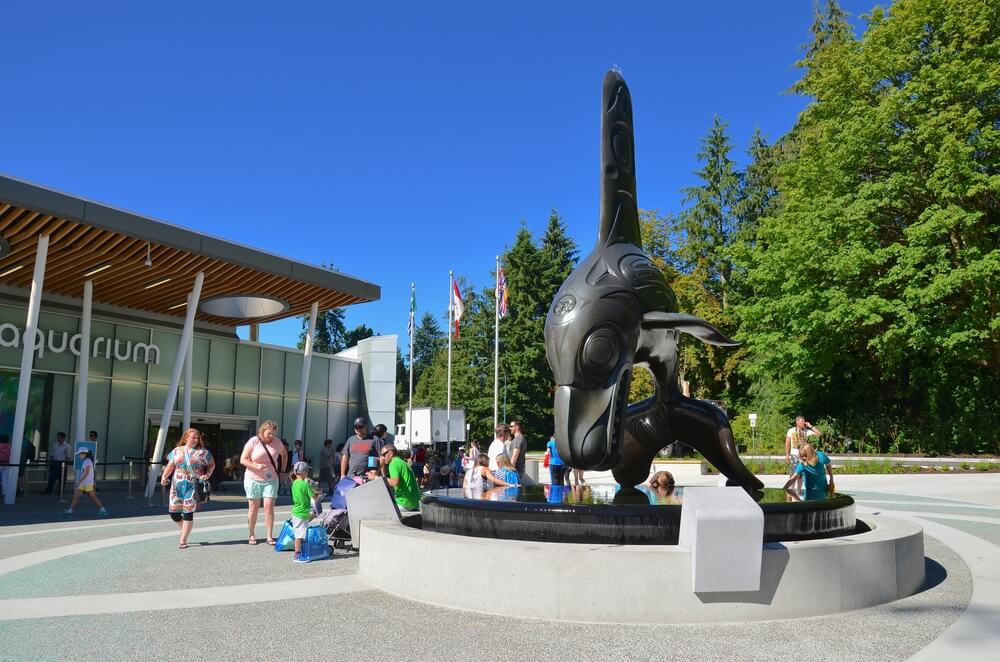 The Vancouver Aquarium was first opened in 1956. The aquarium now has 70,000 animals, with shows of seals, sea otters, penguins, and shoals of shimmering fish taking place. It has now become a place of delight where all kinds of sea creatures, big and small, can be viewed. 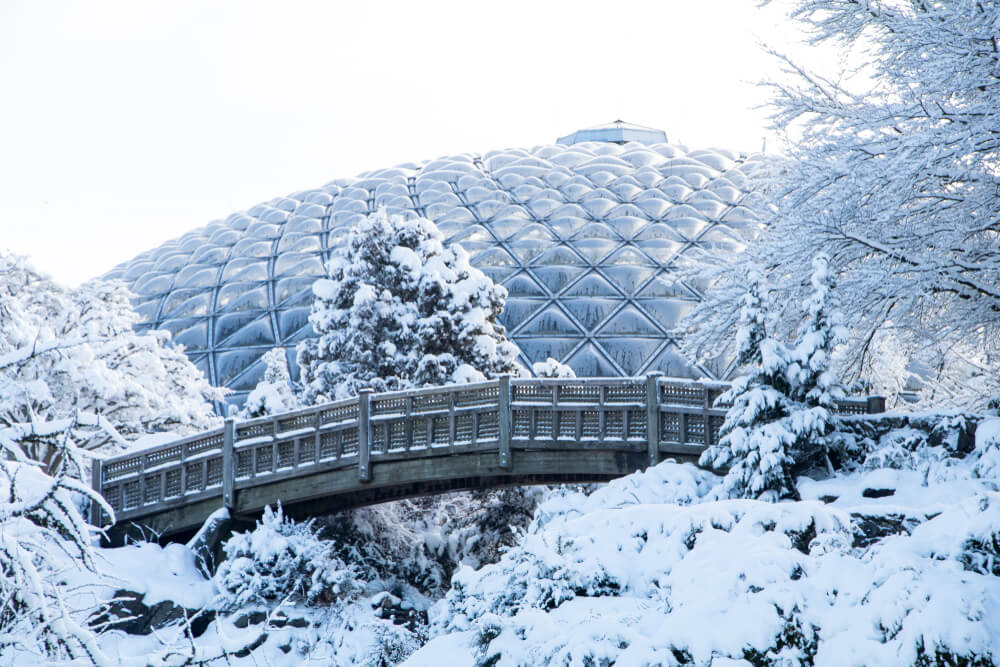 Queen Elizabeth Park has a centre known as Little Mountain and is the highest point in Vancouver. From its high elevation, you can see the city and mountains from a great vantage point. You can play tennis, disc golf, pitch-and-putt golf, and see the expansive outdoor tropical Canadian environment. You can also visit the Bloedel Conservatory.

In addition to all the breath taking views, you can also enjoy lunch or dinner here. You can take a stroll on a summer day in Quarry Garden. If you want a horticulture-related experience, don’t forget to visit VanDusen Botanical Garden. Throughout this area you can find a variety of beautiful blooming plants, originating from different regions around the world. 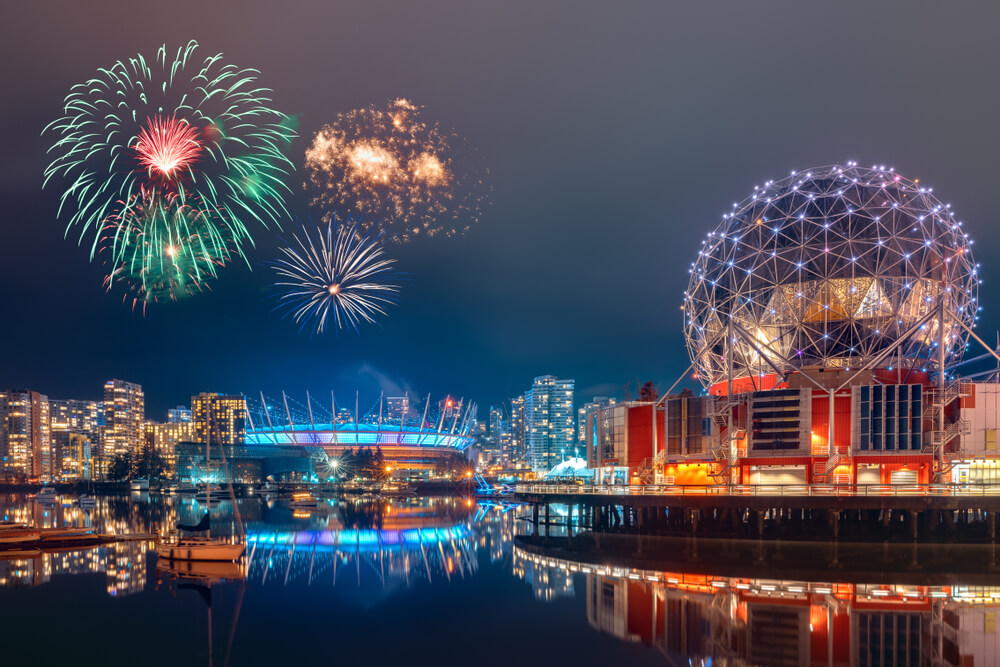 Science World has been one of the best Vancouver tourist attractions since the year it was opened. It was established in 1989, and the primary reason behind the construction of this waterfront landmark was that it was originally built for Expo ’86, a world’s fair.

It is considered the best place to visit in Vancouver because it offers different themes involving the elements like water, motion, air, and invention. Another great feature is its five-storey OMNIMAX screen, which is shaped like a dorm. The Science World Dorm is the world’s largest dorm.

We hope you have discovered some of the best places to visit in Vancouver while you are on your trip. These Vancouver tourist attractions have been there since the 1800s and are mesmerising to tourists because of their magnificent views, beautiful scenery, and serenity in the midst of the bustle of the city. Make sure to go to these tourist attractions in Vancouver and discover yourself. Don’t forget to share your experience in the comment section below.

What are the top attractions to visit in Vancouver?

Vancouver is popular for its majestic mountains, sparkling ocean, rainforests, and attractive greenery across all four seasons, making it the most exquisite city in the world.

How many days do you need to explore Vancouver?

Spending three days in Vancouver will be enough to experience the serenity and nature's beauty. A 3-day trip to Vancouver has a lot of entertainment in store for you, including biking, walking, hiking, and snowshoeing in winter.

Can you visit Vancouver without a car?

Yes, you can visit Vancouver without a car by boarding a taxi or shuttle from the Vancouver International Airport. However, the cheapest and fastest option is to use Skytrain.

What is Vancouver's Olympic Cauldron famous for?

The Vancouver Olympic Cauldron is famous for being the legacy for British Columbia and Canada that keeps the inspirational memories of the 2010 Olympics alive. The Olympic Cauldron is lit during all the special events to celebrate the achievements of people and the country. It is a popular Vancouver tourist attractions.

« How Can Foreigners Invest in Canada’s Real Estate?
Buying a Vehicle Out of Province: Do’s and Don’ts »