Flipping Through the Prehistoric Caves in Canada 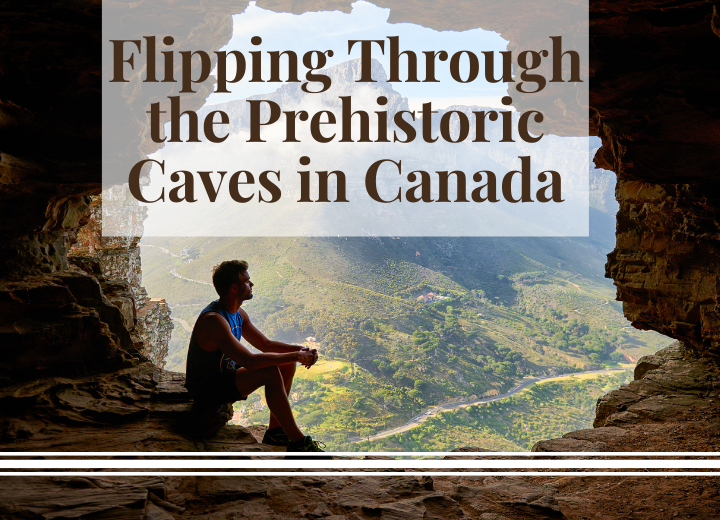 The world permeates with many unexplored mysteries and the wanderers keep on diving deep into the secrets of the world. You need to be an inquisitive learner to fathom the extremities and explore what lies beneath the surface. So, let’s dig deep and explore these caves in Canada. 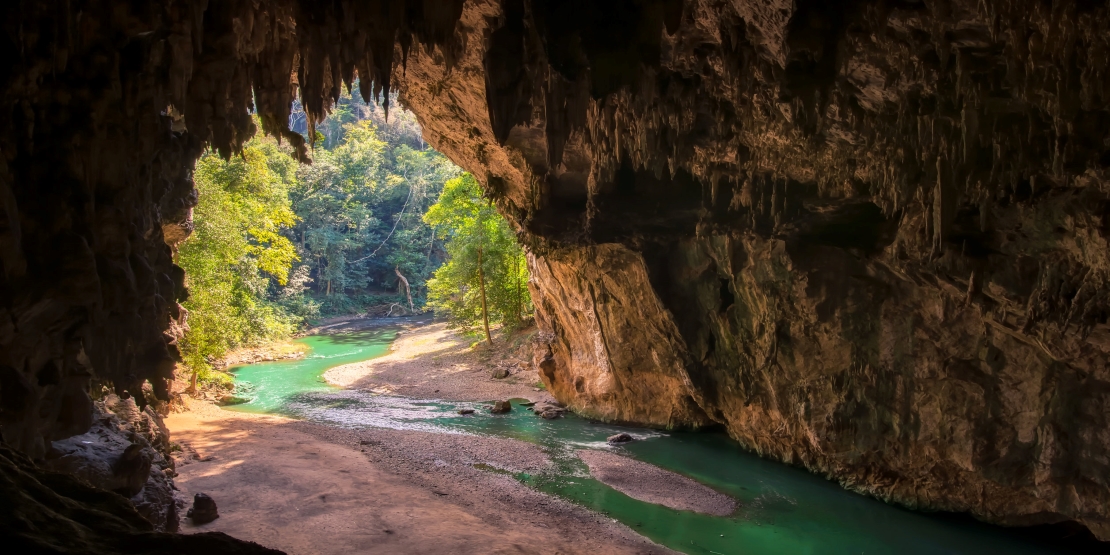 Dating back to 450 million years, these caves in Canada are a network of grottos, caves and lookout stations in the blue mountains of Ontario.

The Scenic Caves in Canada is the first cave that functions as a natural refrigerator. This refrigeration functionality is drawn from the steady flow of cold air, which also justifies the extensive use of caves. While all of it has been verbally and literally on the move, the interesting facts about this cave are quite intriguing to spellbind you.

Next to the cave is the labelled ice cave, which derives its cooling properties from the hushed ice in the deep crevices.

If you are looking for that adrenaline rush, you can take a stroll or find some zipline adventure on the longest suspension bridge along southern Ontario. 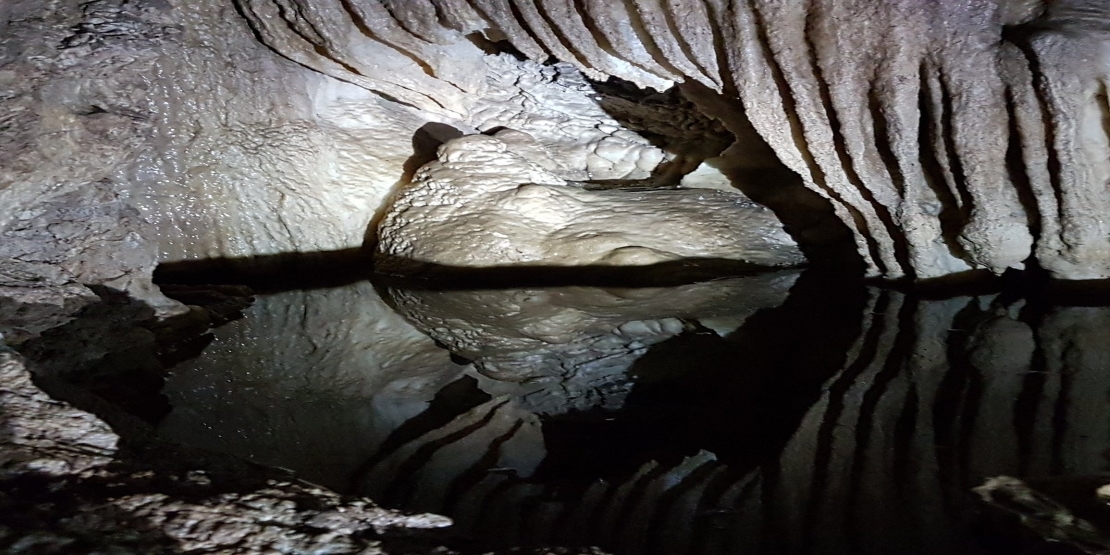 Do we call it Vancouver or the home of 1,600 caves? It is interesting to note that North America has the highest concentration of caves on Vancouver Island. There are multiple tours conducted by the Horne Lake Caves and Outdoor Centre, which would let you recce around in search of ancient fossils and crystal formations. Take this adventurous tour to search for ancient fossils and crystals.

The Lake Caves Provincial Park houses four caves inside and is open all year round. This cave chain also brings focus towards cable ladders, walking over the underground streams and tiny crawling spaces.

Basin and Cave in Canada 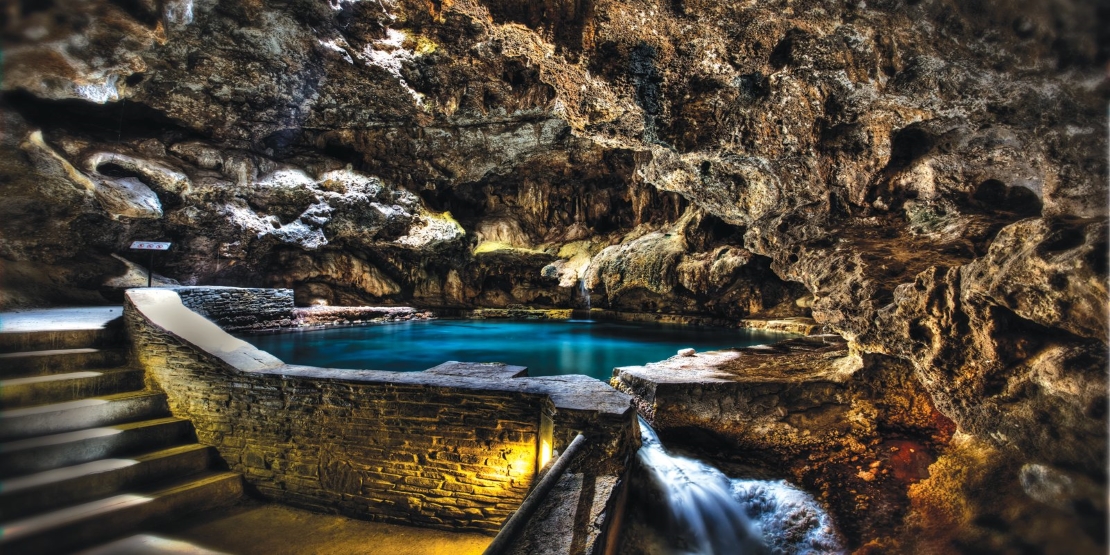 The Aboriginals discovered the mineral-rich brimming cave waters thousands of years prior. The basin and the cave were discovered in the year 1883 when a few railway workers tripped over a few details.

Situated in the Banff National Park, Cave and Basin have now been labelled a National Historic Site. From May to September, the cave lets you enjoy the turquoise thermal water along leading the way with a guided lantern tour. The visitors also love swimming in the waters of the Banff Upper Hot Springs. 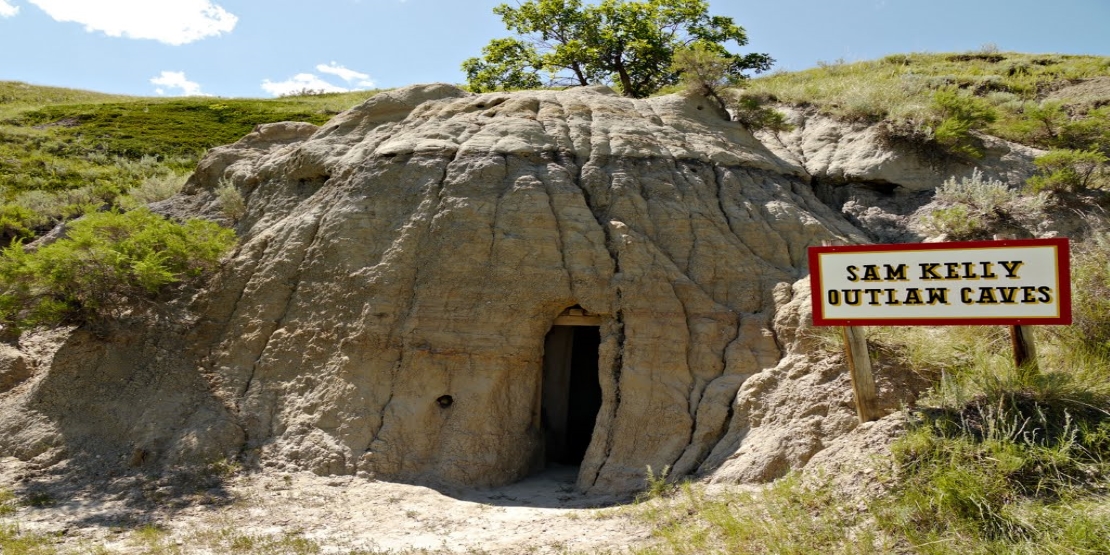 This Canada cave dates back to the period when West Truly was wild rum runners and the thieves with the horses were on the lookout for a hiding spot. While they were dodging the law and had close access to the border, Natural caves became the perfect hiding spot. Big Muddy Badlands, Saskatchewan, became the perfect outlawing spot back in the days and were certainly in the light. 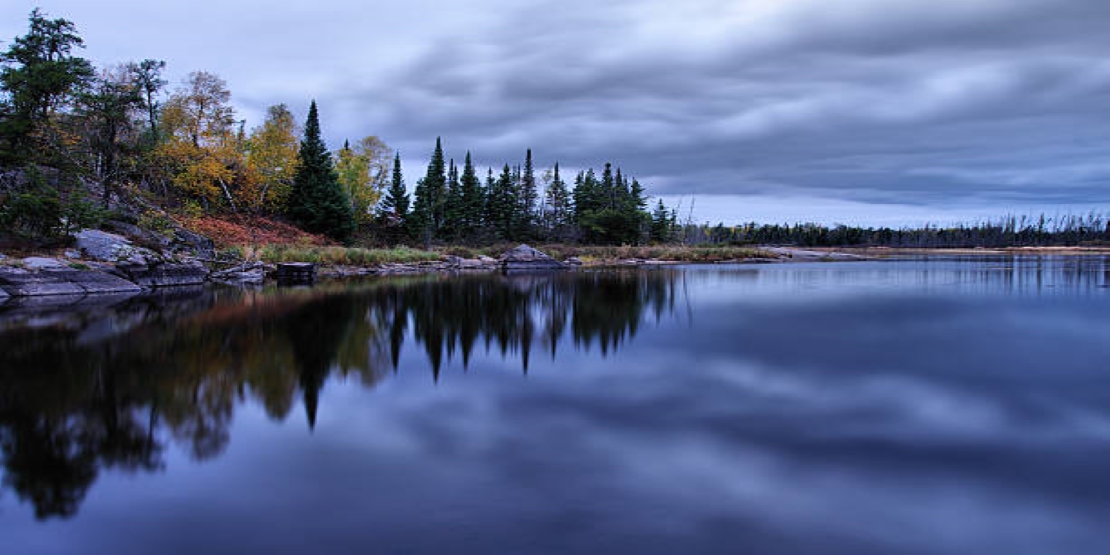 Whiteshell Provincial Park is a zone for outdoor adventures and it is in proximity to Ontario. The park is a distinctive part of the Precambrian Shield, encompassing two caves. Walking along with the Hunt Trail Cave in Canada, you will definitely be mesmerized by the swimming holes, the breathtaking vistas and other features. However, the tiny cave inside the vertical rock wall is one of the popular features of this park.

Do you wish to spend a sail day with your family? Well, renting a canoe or kayak from the Green Bay Resort on Lake Caddy drives you through the tunnels of the lake. 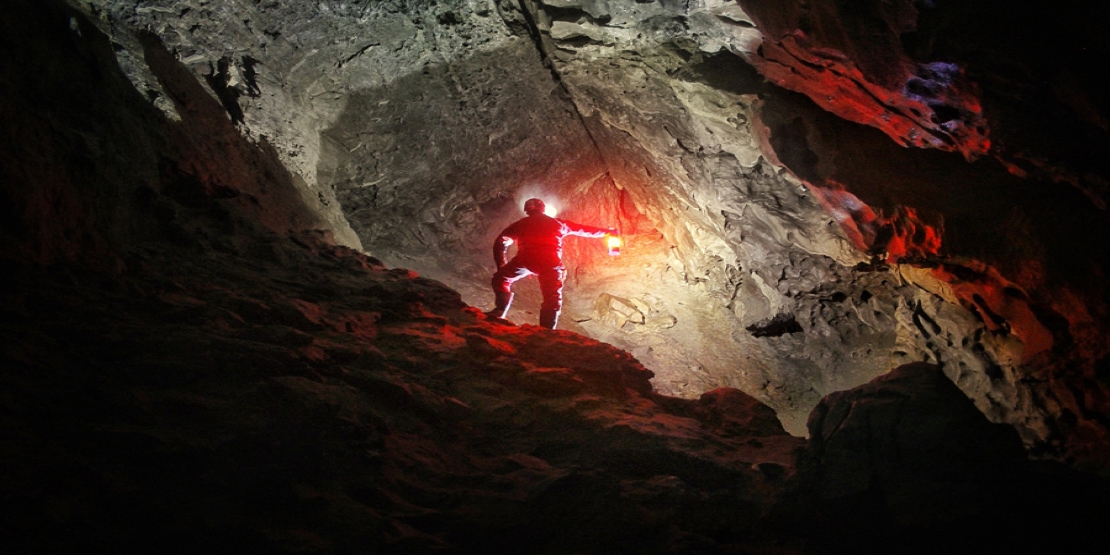 About an hour drive away from Calgary, you can witness the picturesque view of the Rat’s Nest Cave in the Canmore Cave Tours. Taking you back to the historical era of a nominated provincial historic site, this cave brims with the vintage era of Canada Caves. Traveling through 3000 years of human history and 300 million years of natural history, this cave takes you back to the era of fossil hunting and wildlife tours. Digging deep, you might peek into the crevices and spot pictographs and animal bones made by primordial people while you are trekking through.

A two-hour drive away from Ottawa is one of the largest natural caves in the Canadian shield. Located within the Arbraska Laflèche Park, this cave will suffice your adventurous soul. Make sure to look out for the bats in the underground and frozen clefts of the stalagmites. 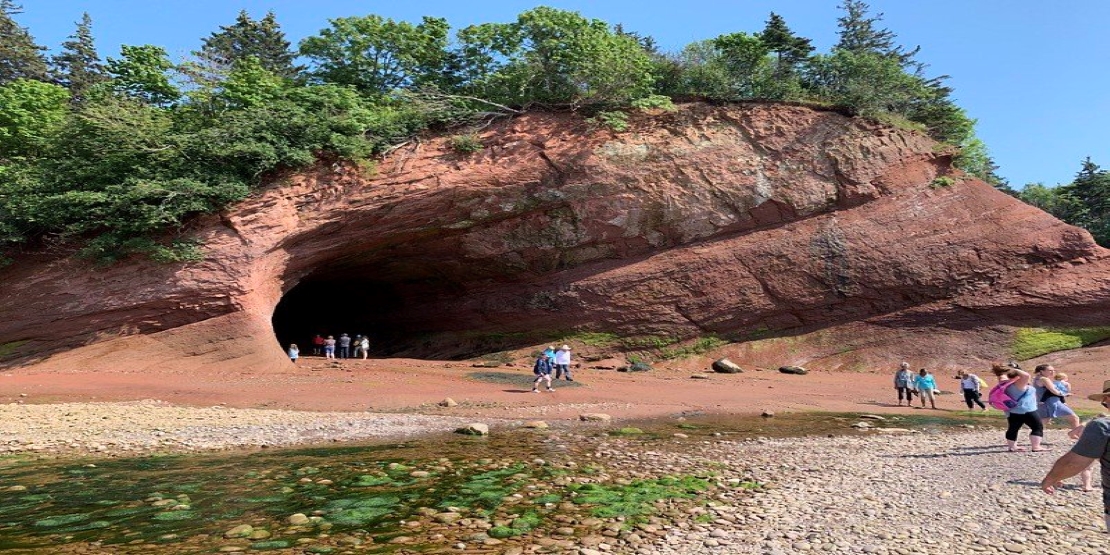 The tides that flow in and out of the Bay of Fundy are the highest in the world. This significant tidal action has carved deep fissures and crevasses into the cliffs hugging New Brunswick’s Fundy coastline, leading to the formation of St. Martins sandstone sea caves. A haven for rockhounds, birdwatchers and nature lovers, these impressive natural grottos are best explored at low tide, so beforehand, consult a tide chart to gauge the best time of day to walk the ocean floor.

Strolling along the west coast of Newfoundland, there are oodles of natural wonders and the Corner brook Caves in Canada. Adventurous sightings, along with admiring the natural cathedrals, can also be something you can visit the cave for. However, you might want to carry a bathing suit to jump in the underground steam zone. 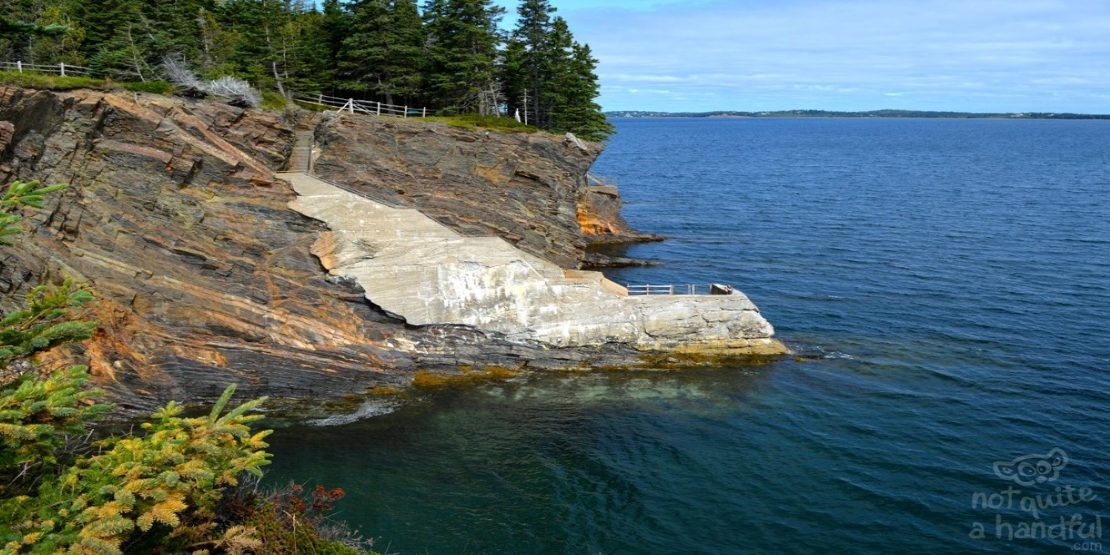 The Ovens Natural Park lies in proximity to the Lunenburg on Nova Scotia’s South shore. A guided tour would walk along the cliffside trails overlooking the sea caves. These caves not only differ in size but were formed naturally. While most of them were formed naturally, some sea caves were expanded by dynamite during the gold rush in the year 1861. Not only the region comes with an astonishing gold rush history, but with one hour guided tours, you would mentally indulge yourself in the dramatic and environmental geology.

Bringing some historical and revolutionary experience, Canada encompasses these lists of Caves and Caverns. It is intriguing to fathom the details and experience that these caves come with. From exploring visual escapades to bringing historical experiences to your touch. Hopefully, you had a fantastic time exploring these caves in Canada with us.

You May Know Read

Where are the caves found commonly?

Mostly caves that should be explored are found in Europe, North America, Asia and Oceania. On the other hand, the regions of Africa, Antarctica and South America have a lesser number of caves to explore.

What are granite caves?

Granite caves can be basically categorized on the basis of their genesis into two types. These two types of caves are primary and subsequent. It is also important to note that the former consists of only one type of cave (bubble-like cave). This later can be subdivided into fracture rolling stone cave, weathered slipping cave, rolling stone piled cave and stone cave.

Can you explore underwater caves?

This can either be taken as an extreme sport or for the purpose of research and investigation. However, as compared to scuba diving and caving, there are fewer practitioners of cave diving.

What is the terminology used for cave exploring?

The practice or the hobby of exploring caves is called spelunking.

Is Spelunking safe to practice?

Spelunking comes with its own given degree of danger. But, like any other adventure sport, caves can be explored safely with proper safety and precautions.

« Toronto vs Vancouver: Which City You Will Choose?
TR to PR Pathway in Canada: The Easiest Way to Become a Permanent Resident »