14 Beautiful Cities in Canada Will Blow Your Mind Away! 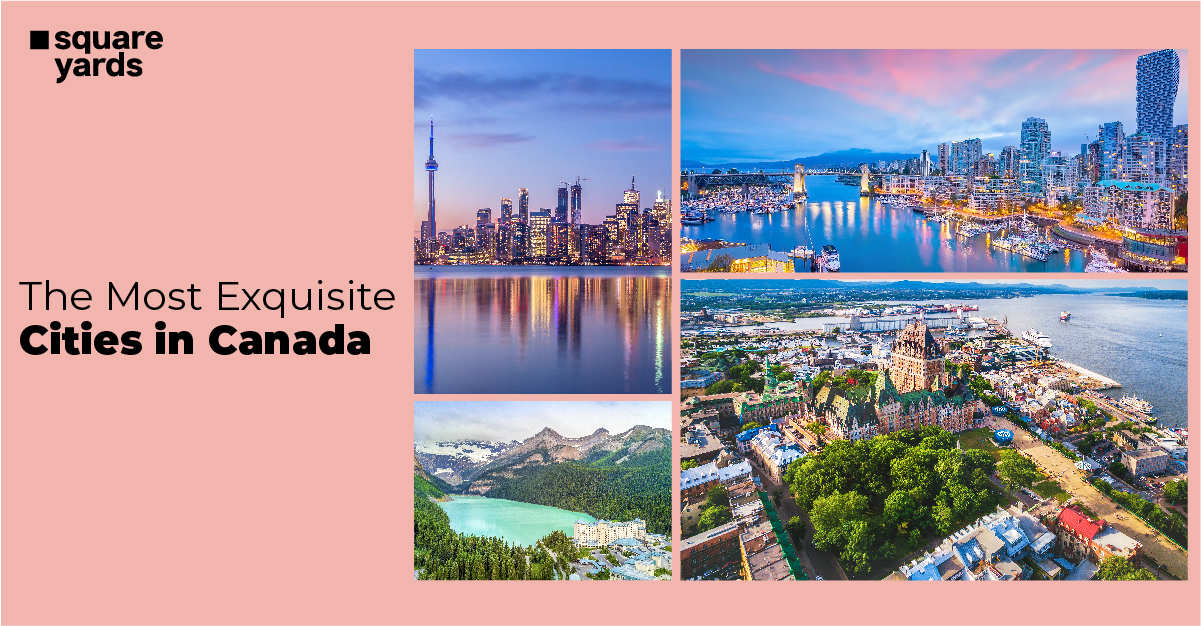 Canada is renowned for its mind-numbing winters, as the producers of Justin Bieber and Drake, the originators of Timbits, maple syrup, poutine, and for introducing extreme politeness to fellow species. But, what remains undiscovered is the unparalleled scenery and out-of-the-world landscapes. Some of the most beautiful cities in Canada top the globally acclaimed conurbations and are definitely worth exploring.

Time to carry your knapsack eh because you are in for a virtual ride amongst the best cities in Canada! 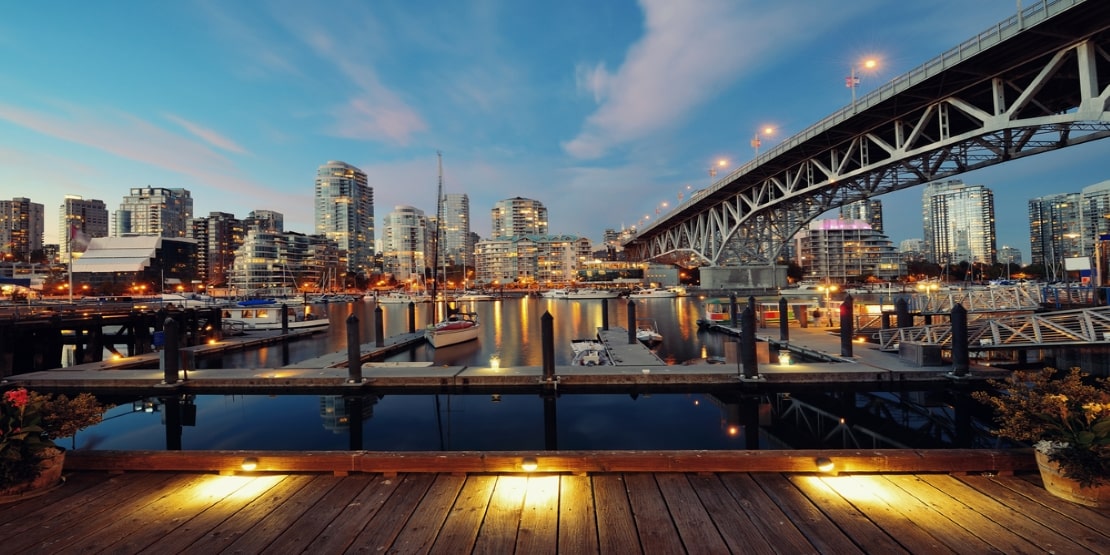 Vancouver has been lauded with numerous accolades, which it deserves rightly so. Termed one of the most beautiful cities in Canada, Vancouver expands from mountains in the North, Stanley Park in the downtown, and the Pacific Ocean to the West. The landscapes are truly a sight for sore eyes.

Apart from the stunning panoramic views, Vancouver is also known as one of the most culturally diversified cities. From ski hills and Coastal Mountains to the beaches in Kitsilano, the recreational activities in Vancouver will render your heart full of adoration. 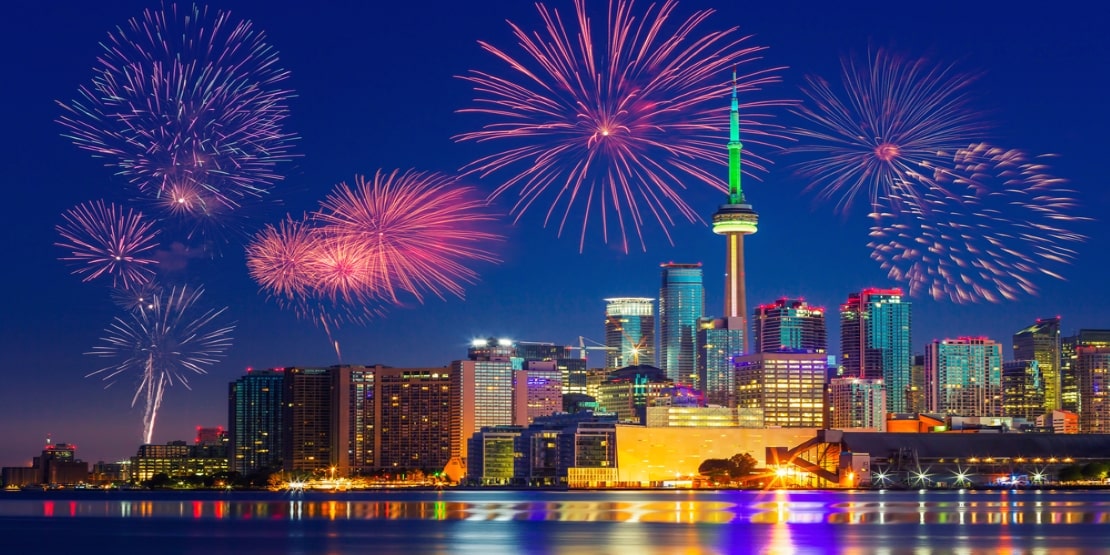 Easily the most renowned city in Canada, Toronto is the hub of foreign travellers and mind-blowing landmarks. Recognised as the ‘cultural capital of Canada’, Toronto is the capital and the largest city of the Great White North. It is also home to the Toronto International Film Festival.

Toronto offers the best of Canada to its visitors in its expansive skyline with gleaming skyscrapers (which are greater in number than Chicago), the iconic CN Tower, and high-end shopping and dining experiences. Don’t miss out on exploring the Royal Ontario Museum, Chinatowns, Hockey Hall of Fame, and Little Italy while you’re in the city. 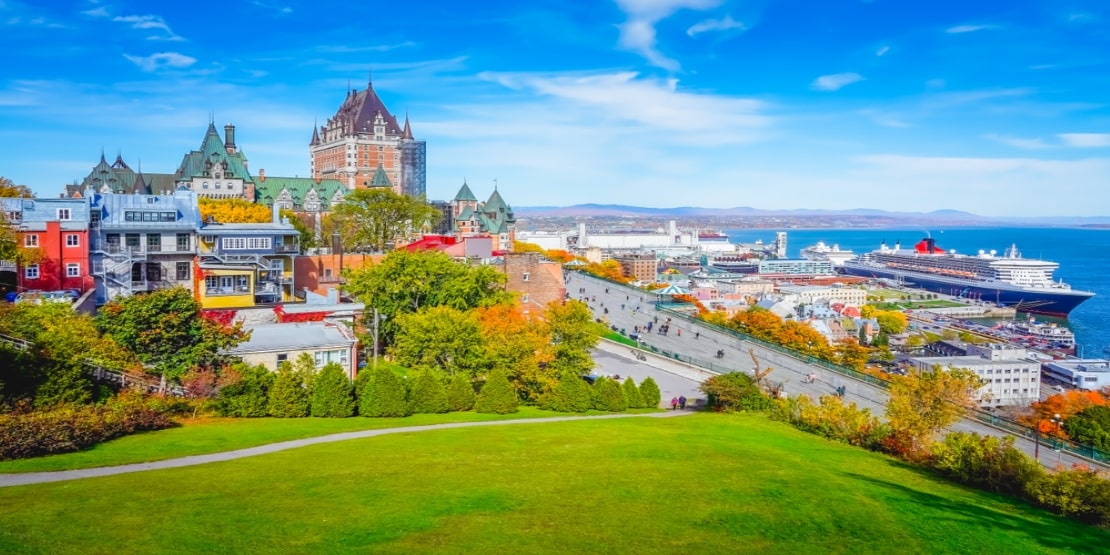 A distinct European aesthetic defines the city of Quebec, a UNESCO World Heritage Site. The historic ambience of Quebec and its city walls dating back to 1608 will make you feel like you have hopped on a time machine to its glorious past. It surely deserves a mention amongst the best cities in Canada.

This French-speaking city is a gold mine of Canada’s heritage and culture. Visit the landmark Fairmont Le Château Frontenac, or marvel at beautiful museums like Musée national des beaux-arts du Québec and the Museum of Civilization while you taste the Quebec life. 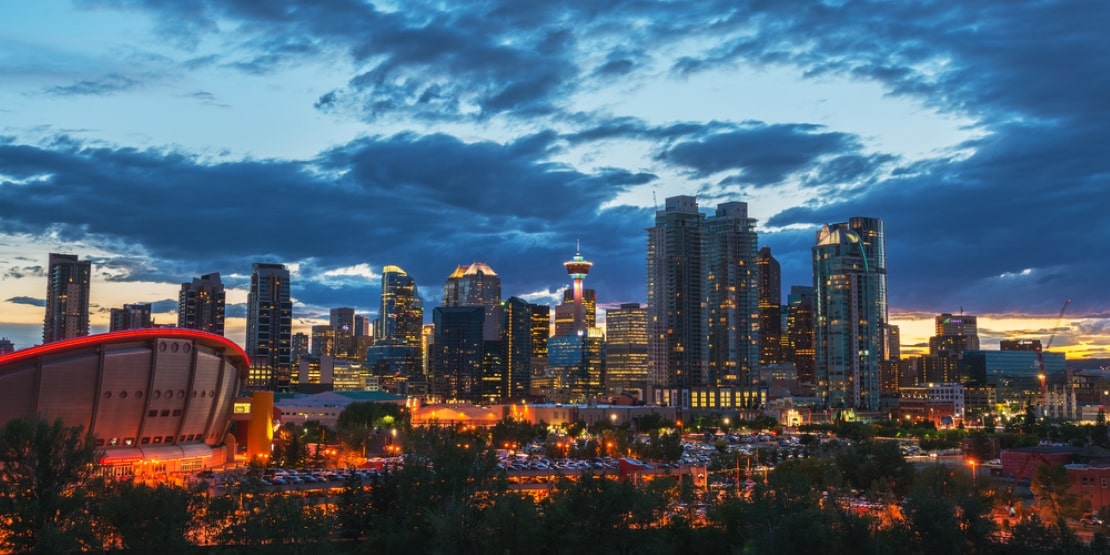 Popularly known as Canada’s Wild West, Calgary is a blend of rustic and modern. Tourists from all over the world visit Calgary for the famous Calgary Stampede which is a week-long gala of concerts, rodeo events, exhibitions, and special activities. The ‘Cowtown’ is also renowned for its ranching heritage and farming.

For those who want to experience the transition to modern Calgary, Heritage Park Historical Village is your spot to be. You can also take in some of the best panoramic views at the revolving restaurant in Calgary Tower. Do yourself a favour and fasten your adventure belts for river rafting, hiking, biking, and more while traversing one of the best cities in Canada. 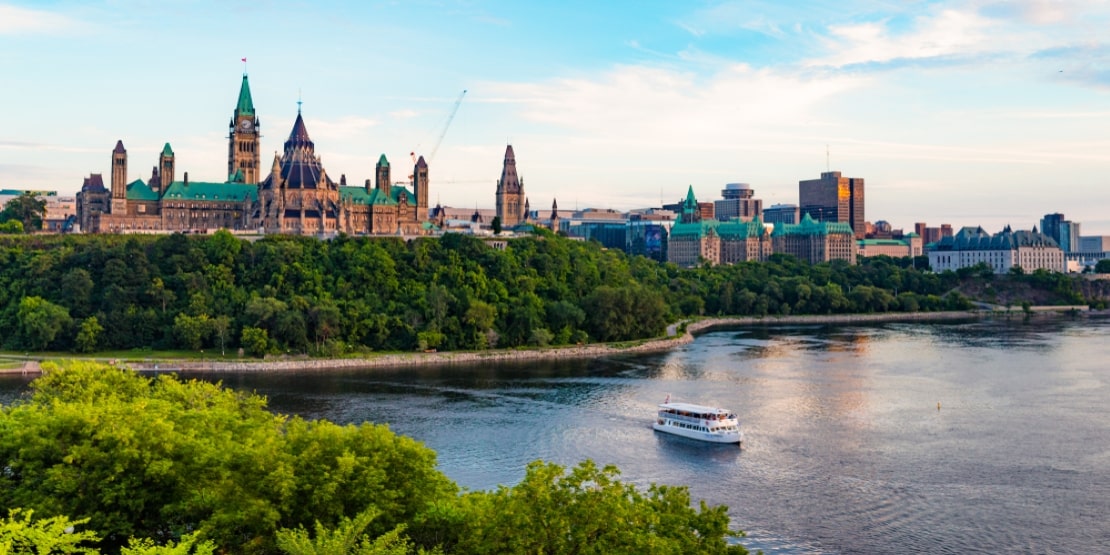 Ottawa is undoubtedly one of the most colourful, vibrant, and beautiful cities in Canada. It has already grabbed the purple heart for being one of the best cities in Canada. Parliament Hill is a stunning masterpiece in Ottawa that you should not miss out on. The city boasts of some of the best museums in the country like The Canadian War Museum, National Gallery of Canada, and Canadian Museum of History.

If you are in the city at the right time then you will be able to witness the most epic festivals like the Winterlude and Canada Day on July 1. 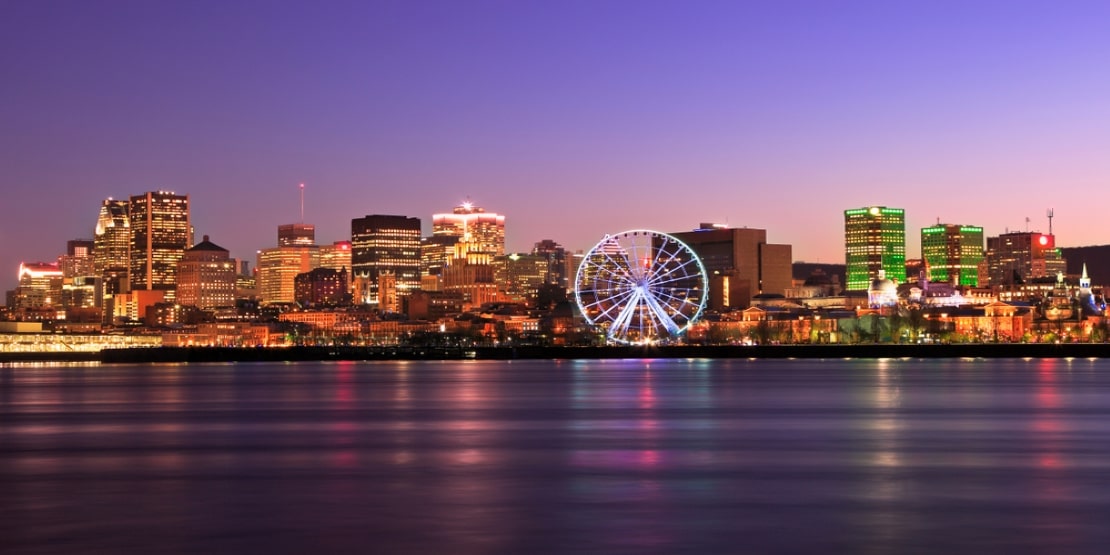 The architectural gem of Canada, Montreal is the second biggest French-speaking city in the world and the second-largest city in Canada. State-of-the-art structures and skyscrapers take over the Montreal skyline, making it a scene to witness.

If you want a taste of Old Montreal then you should visit Vieux-Montreal and the picturesque Vieux-Port. It is a sin if you do not visit the Basilique Notre Dame cathedral which is a true gem in its true meaning. 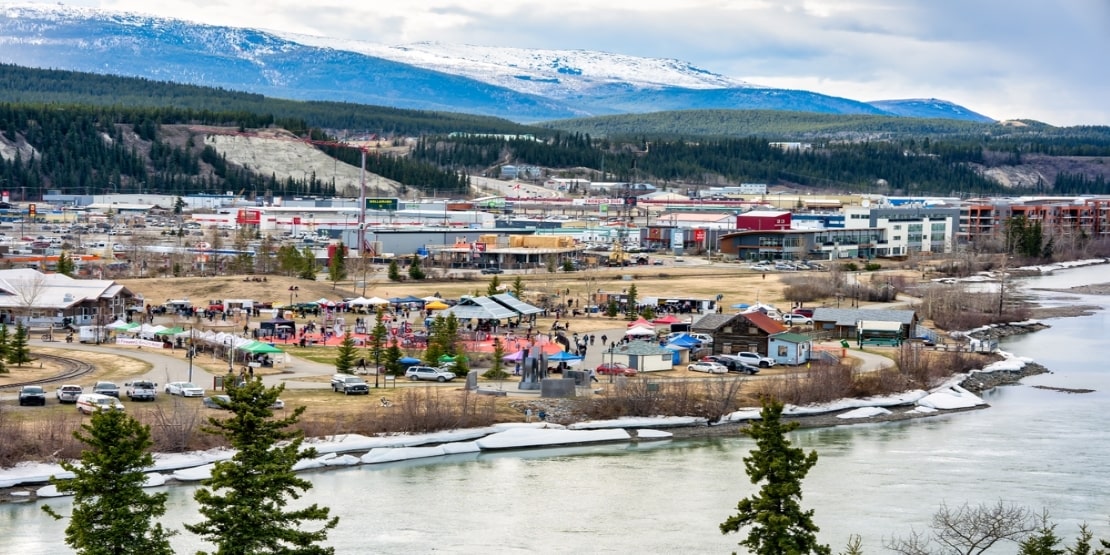 One of the smaller cities in Canada, Whitehorse is an underdog that does not gleam in skyscrapers but lies below the stunning Northern Lights. It is the perfect city to start your excursion to the Northern summit to explore the beautiful cities in Canada.

You can explore this small city only by walking, as the most famous tourist attractions are just outside the town. Yukon Wildlife Preserve and Takhini Hot Springs are the crowd-pleasers in Whitehorse. 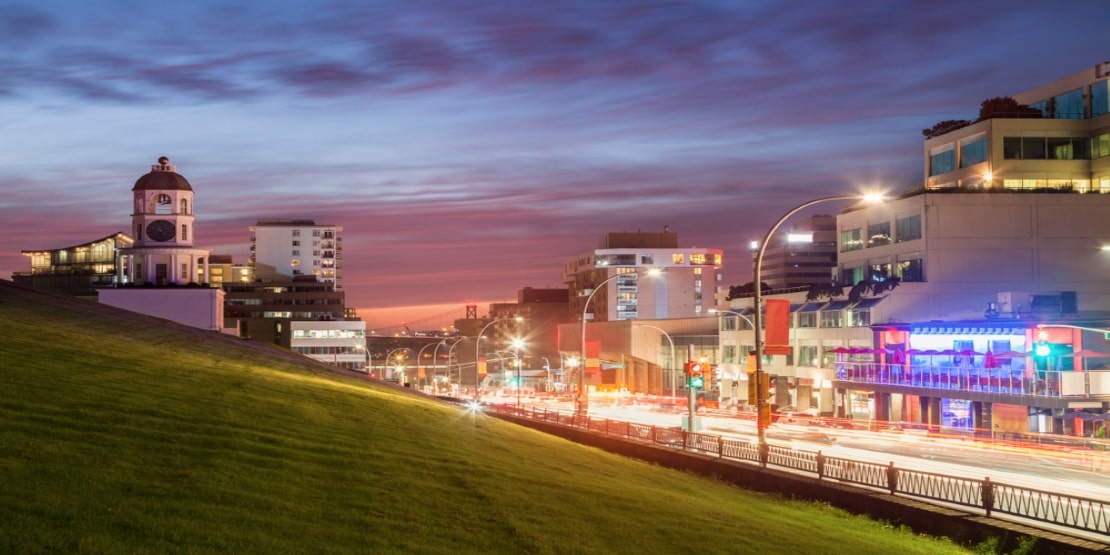 Halifax is the ultimate party destination with more bars per capita than any other city in Canada. Known to have the friendliest of people you will feel right at home in Halifax which is one of the most beautiful cities in Canada. It is also the most accessible city in terms of touring it by foot. Halifax Peninsula is the top-rated attraction where the visitors can promenade along the four-kilometer long boardwalk along the stunning waterfront. The Cable Wharf, the Canadian Museum of Immigration, and the Maritime Museum of the Atlantic are the unmissable attractions.

The scenic Halifax Public Gardens is the destination when you want to give your feet a break from the excursion. Pair it up with the Halifax Citadel National Historic Site of Canada to learn about the city’s history. Also, do relish the scrumptious dishes that the city has to offer. 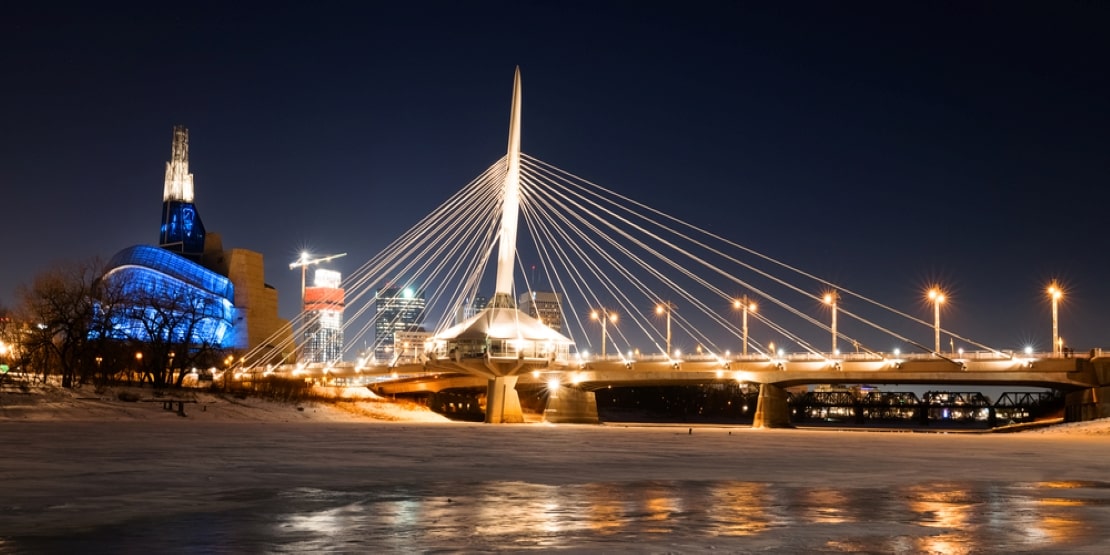 Winnipeg is a completely different kettle of fish. Called the country’s heartland, Winnipeg has numerous attractions and institutions that make it an important cultural and commercial cog in the Canadian wheel.

Manitoba’s capital city ought to possess the best tourist attractions and the Canadian Museum for Human Rights does not disappoint. Not only does it display avant-garde exhibits but also offers spellbinding views from the Tower of Hop. If you are a cultural geek then the Manitoba Museum and the Winnipeg Art Gallery should be on your list. 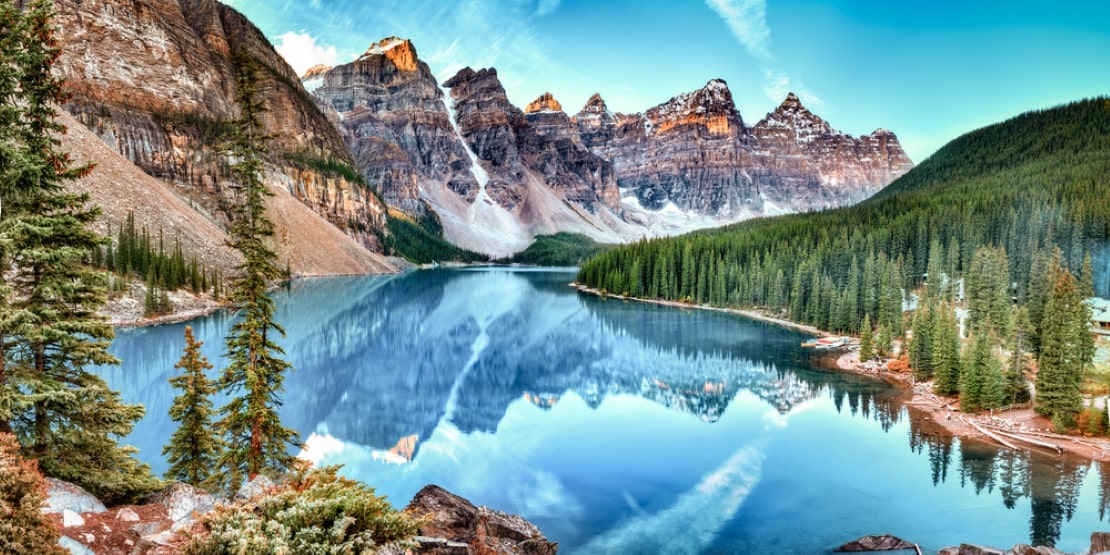 Yes, Banff is technically not a city but a small town, but it is too beautiful and serene to be left off the list. This scenic beauty is visited by tourists all over the world, especially to witness the Rocky Mountains in real life.

Banff National Park is a paradise for nature enthusiasts apart from being the largest national park in Canada. You can also ski your heart out at the local resorts, hike up the marvellous mountains or just explore Johnston Canyon when in Banff. 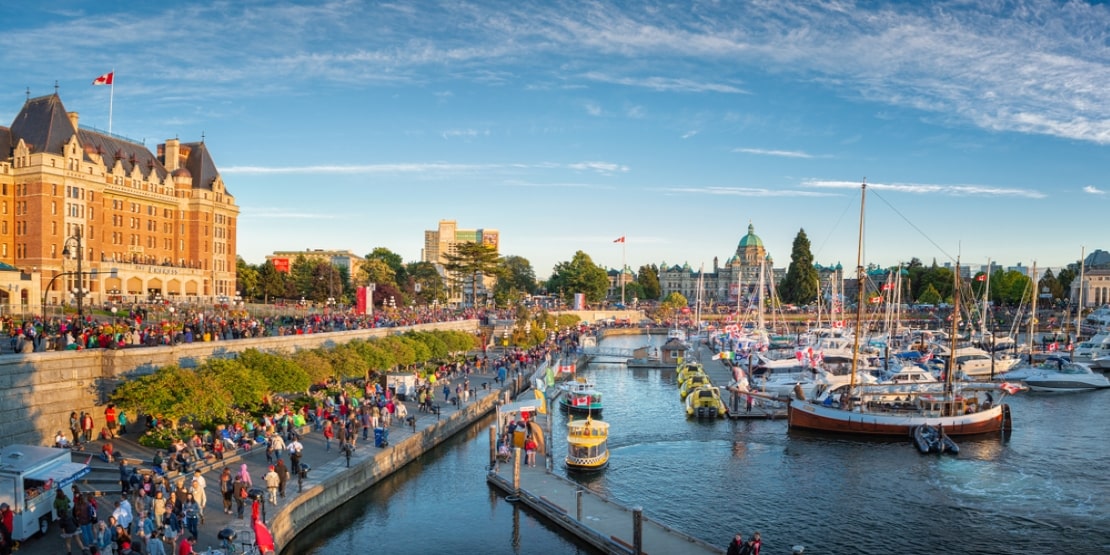 The city of Victoria is Britain on a plate, and rightly so because of its mild climate. This factor makes it the most popular vacation destination and the ‘retirement capital of Canada’.

But, there’s more to Victoria than just its serene nature. Situated on the West Coast of Canada, this city has some of the most famous landmarks like the Fairmont Empress, the Royal BC Museum, and the Butchart Gardens. Do not forget to try the authentic food and tea experiences while you’re at it. 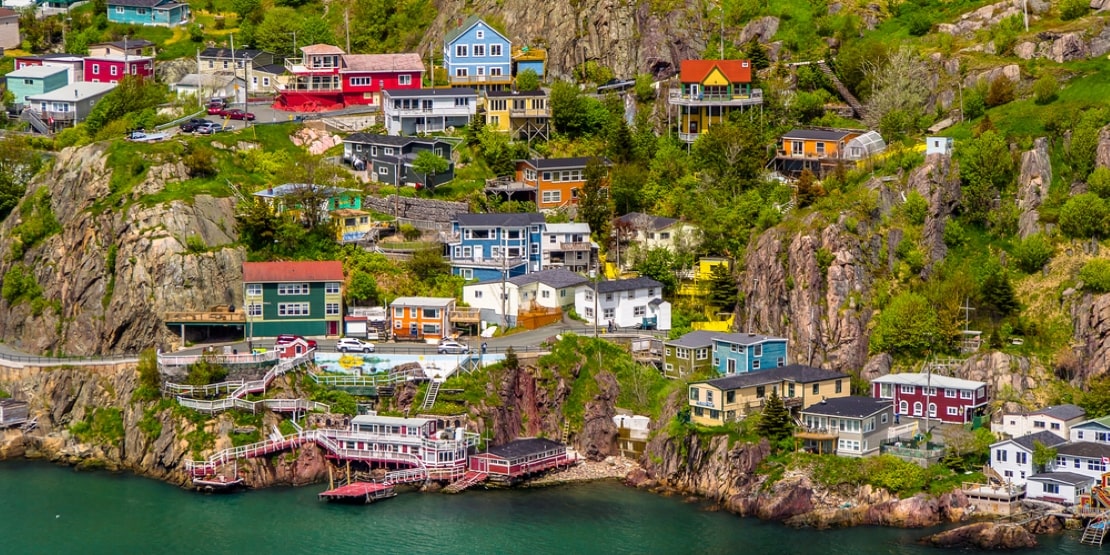 The dark horse of Canada, St John’s is a city like none other. Everything from the Newfoundland accent, the most dynamic landscapes, the picturesque houses, and the local lingo make St. John’s a city of a different league.

Explore the Signal Hill, and The Rooms to delve deeper into the history of St John’s. Also, saunter at the coast, grab a snack, window shop, and learn about the fascinating history of this city. 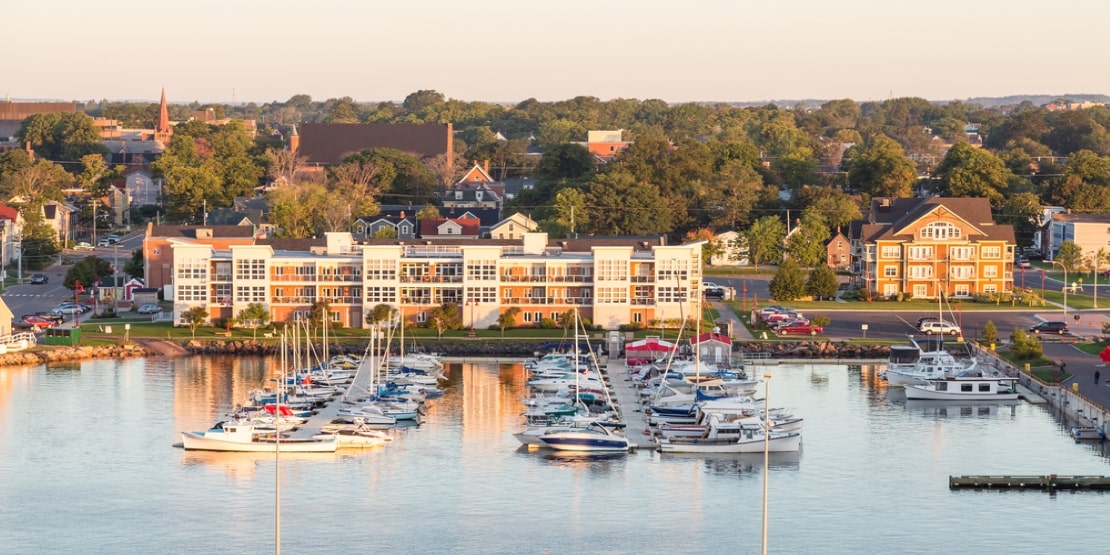 Home to the Canadian Confederation, Charlottetown is the province’s capital and the ideal place for you to start your tour. The Victorian-era ambience in the streets of the city is a true highlight.

When you land at Prince Edward Island, explore the cultural aspect at the Confederation Centre of the Arts. Apart from this, the local food steals the show in Charlottetown where potatoes and seafood are worth a try! 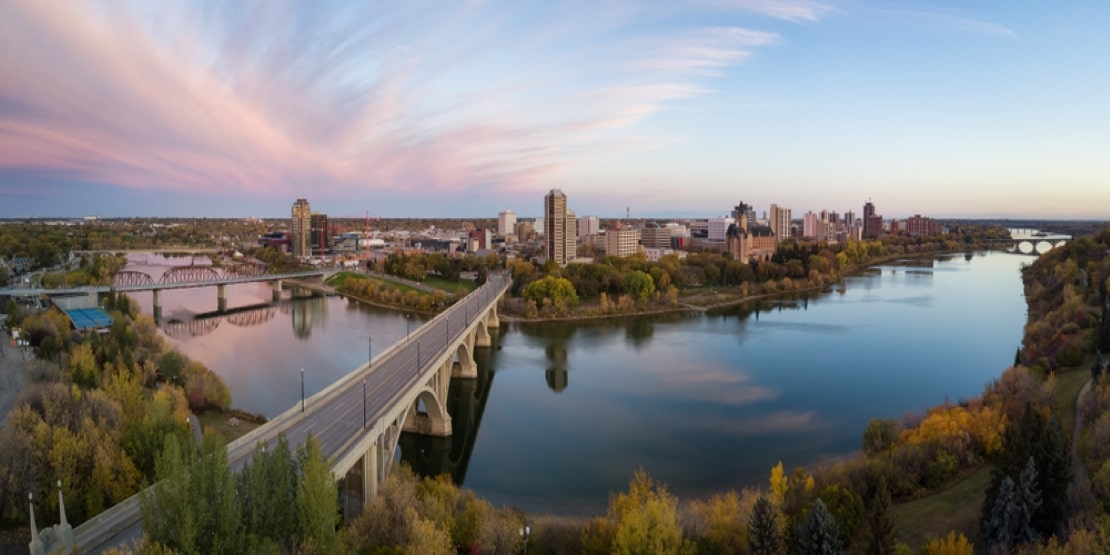 The gastronomic capital of the country (owing to the maximum number of restaurants in any city), Saskatoon deserves a place in this list as one of the best cities in Canada.

Head on for a culinary trip tasting Saskatoon’s best dishes, rejuvenate around the Saskatchewan River, take a trip to the past to Wanuskewin Heritage Park, or visit the Western Development Museum for your leisure.

“Not All Those who Wander Are Lost”

We hope this article can be your guiding light when you pick up your passport for the next trip to Canada. If your heart yearns to travel after going through these beautiful cities in Canada, then get a move on for the experience of a lifetime!

What is the best month to visit Canada?

September to November is considered the most appropriate month to visit the best cities in Canada.

Is Canada cheaper than the USA?

Despite having the same annual income, residents in Canada pay a larger amount for living than the people in the USA. Daily expenses are also less in the USA than in Canada. However, the beautiful cities in Canada make it worthwhile.

How much does a Canada trip cost?

It would cost around CA$2,620 for a couple, and CA$1310 for a solo traveller if you are visiting some of the best cities in Canada.

Is Canada safe to travel alone?

Canada is considered one of the safest countries in the world. So, you can travel alone to traverse the most beautiful cities in Canada.

What is the best city in Canada to plan your trip to?

Toronto and Vancouver are considered to be the best cities in Canada if you want to plan your trip.