All About Toronto Housing Market 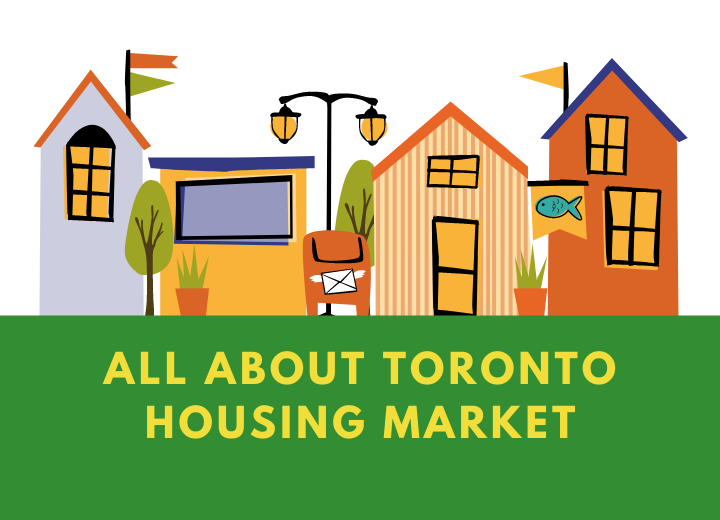 Toronto, a major Canadian city and also the capital of Ontario, is a dynamic and metropolitan city. It has a lot that attracts not just Canadians but many people throughout the world. And some people get so familiar that they wish to move to the city forever. Well, that is one of the reasons why the Toronto housing market is in demand. If you are about to buy a condo apartment in Toronto city, let’s first understand the housing market condition in Toronto. 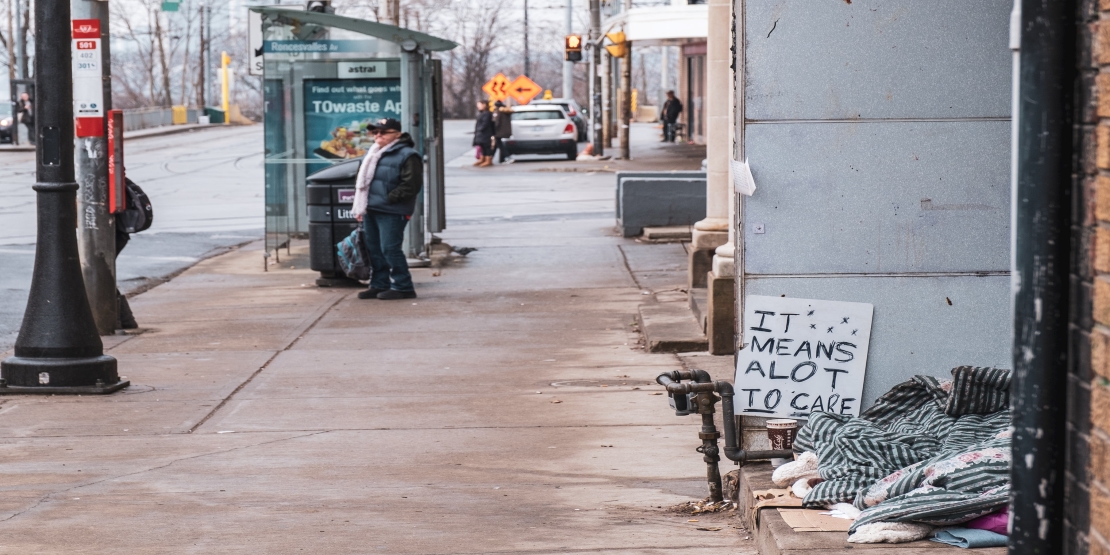 The condo apartments in the Toronto housing market have experienced a smooth growth in the year 2021 till its 3rd quarter. The sales increment has been recorded when compared to the same period of the last year.

Moreover, the condominium apartments that were built in the initial time of COVID-19 have now resumed as per the Toronto real estate market condition while considering the inflation gap over a year.

Coming to the GTA (Greater Toronto Area), above 7,000 condo units are on sale via TRREB (Toronto Regional Real Estate Board) system in the year 2021. And the real estate results were up by 10.6% when compared to the same period of the last year. The Toronto housing market report experienced a 31% decline in the new listings which simply means there is high competition amongst the buyers in the Toronto real estate market.

The Toronto condo market has seen a dramatic comeback as compared to the past year. 2020 was one of the rare years in which the buyers were seen on the sidelines because of economic uncertainty. But thankfully, this year the economic prospects are somehow improving, and have observed many buyers expanding their search for the property.

The average home price in Toronto for a condo apartment is around CA$689,831 which is up by 8.9 % compared to the year 2020, thereby growing the scope of the Toronto real estate market.

As per the current market situation, the condo apartments in Toronto are attracting the low-rise market section. But in case the demand is likely to increase in relation to supply which is a definite possibility believing an acceleration in the population rise by the coming year, the yearly rate of price rise could enhance as we enter 2022 as per the reports of TRREB. 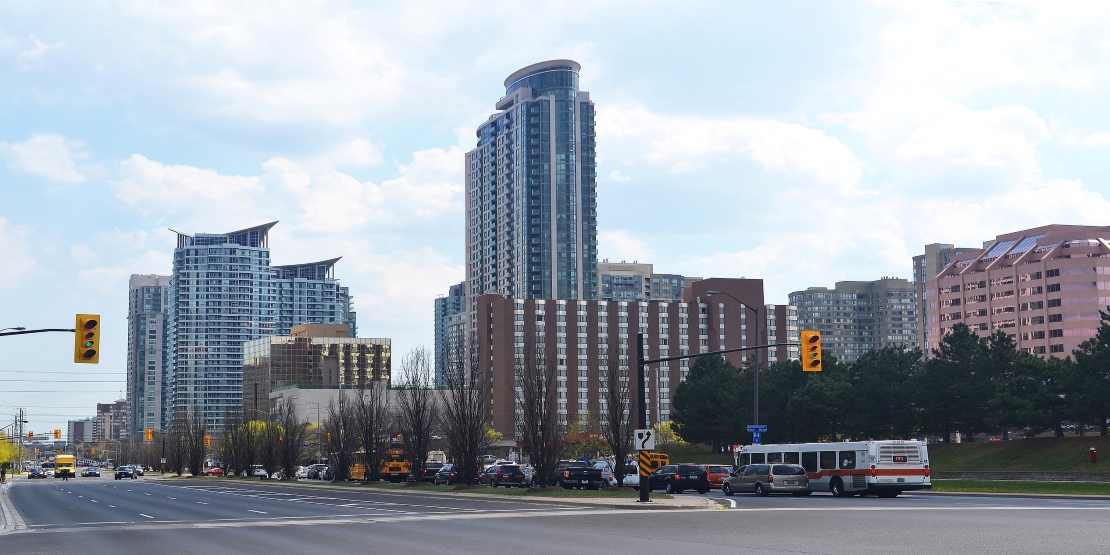 Ontario’s housing market performed wonderfully in the month of September 2021 as most markets observed a firm increment in their sold prices and sales this month. This robust performance of September also led to Toronto’s housing market. Not just the sales were up to the mark but also reached the highest level of all the time in an average house sold prices.

If we compare city-wise then most of the housing markets in the Ontario region will be seen running under the same pattern over the last year. As per the reports, the prices went high and sales reached their peak in the spring season whereas a decline was observed in the summers.

As the COVID-19 pandemic situation subsided, September 2021 was a game changer that reversed the trend because the prices and volume grew and the Ontario real estate market became busy.

Most of the major cities of Ontario have current average house selling prices which are higher than the past year. But still, there are some cities in Ontario that have not reached their spring peak prices yet. Amongst the 5 big cities of Ontario, only Toronto and Brampton have seen the average sold prices which have crossed the spring prices of the last year.

In other words, Brampton and Toronto both have the highest average selling prices in the province, whereas Hamilton, Mississauga, and Ottawa average housing prices are lower than the record-breaking level.

First of all, Mississauga broke the record CA$1 billion mark which was then followed by Brampton and Toronto as well. Now all these three major cities of Ontario have reached the same level of average house sold prices, leaving Hamilton no behind. But to be noted, the housing prices of Ottawa remain relatively cheap as compared to the average house sold prices of CA$639, 631. 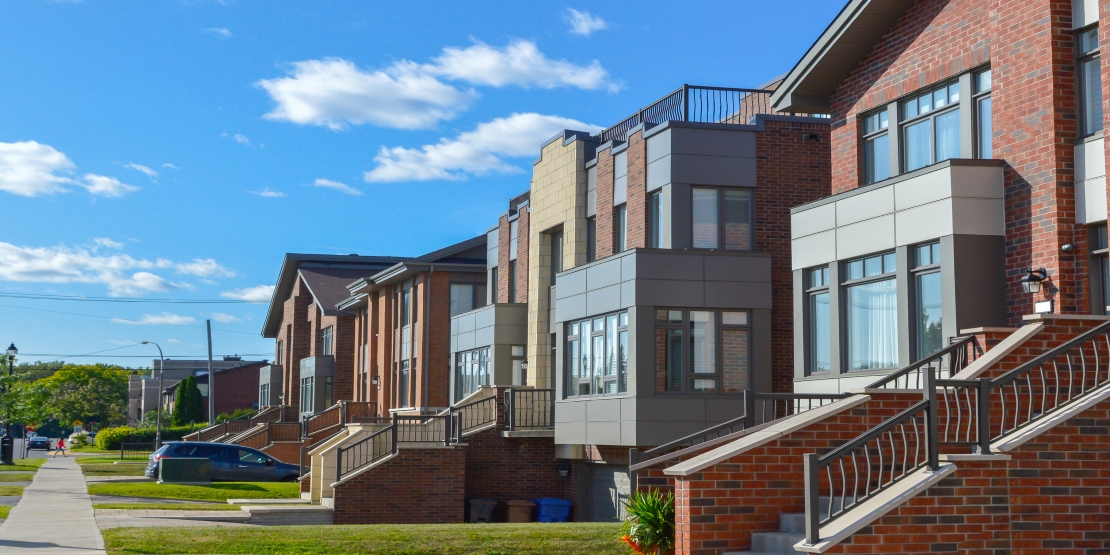 The increasing number of house leases in Canada paints a picture of the vast rental market in Toronto. But this is just half of the picture because most of the rent prices have lowered down. The Toronto real estate market was badly affected by the pandemic and most of the rental prices declined after COVID-19 by half of their actual price.

Talking about the current situation, average rental prices are still lower. But it is also a concern to keep an eye on the Toronto real estate stats in terms of the rental market in order to balance it just like previous years to the pandemic.

There are multiple subsections of the real estate market such as rental housing which could be sub-divided into personal condos. Thus, in order to balance the rental market situation condos generally pitch higher rental prices in Toronto than the ones built with the rental purpose pre and post COVID-19 rents were recorded and compared, and as a result, it is recorded that the average home price in Toronto has declined in the pandemic. Meanwhile, the average rent price went lower as the supply and demand factors are in play after the COVID-19 pandemic.

The increment in the rental listings and the rental units has been recorded in the past three-quarter months of 2020. And it is stated if the demand for the rental units will keep on increasing in the coming year then it will surely pressurize the rents.

The increasing economy will also increase the worker’s demand and will probably open the doors for expats who were eagerly waiting for a green signal to relocate to Toronto. Thus, immigrants often prefer rental dwellings to settle down in a new place.

Besides the working professionals, students also form an important part of the Toronto real estate market. Every other working professional or student searches for a rental property close to their workplace or college. Therefore, rental dwellings actually make a big difference in the Toronto real estate market. Also, this thing makes the area-wise difference in the average home price in Toronto.

Well, the increasing demand for rental dwellings in Toronto’s housing market is wired with Canada’s growing economy. Not just the demand of the rental units but this will also likely put pressure on rents. Hence, it will surely boost the economy of Toronto again.

The above-mentioned details speak of the Toronto housing market and the average prices of houses sold in the province. Besides this, we have also discussed how rental properties play a major role in running any real estate market. And here Toronto being a popular city has many immigrants and students who look after the condo and rental apartments. Well, education and employment are the keys to the growth of the housing market as they increase the demand for rental properties and generate more economy.

Condo and purposely built buildings are two sorts of rental properties in the Toronto housing market that are usually seen in demand with their different rental rates. Apart from this, there are many who wish to buy their dream home in this fairy city. There is a piece of good news for those who are looking to buy a home in Toronto. Yes, unlike many other cities of Ontario, Toronto still stands with the highest house sold price in the real estate market which is a sign of the property value growth in the coming future.

Is the Toronto housing market going to crash?

The real estate of Toronto is overvalued by 40 percent but no crash is forecasted yet. House rates are 39.5% higher in the year 2021 which is just double as compared to the other areas. Also, prices are likely to grow in the coming year by 0.86% followed by a decline of 0.5%  in the year after.

Will Toronto house prices go down in 2021?

The average property price in the Toronto housing market is likely to increase by 7% by the end of 2021. The expected price outlook for the remaining year ranges near a 2% price fall in the North Bay area in order to increase across the other regions of Toronto ranging between 2 percent to 15%.

How is the Toronto real estate market?

The Toronto housing market experiences a significant downfall by 18 % a year after year and also new listings went down by 34 %.

Why are the houses in Toronto so expensive?

Well, as you know the popularity of Toronto is due to many factors. Therefore the simple formula of supply and demand fits in. The house prices in Toronto are overvalued by 40% which come with a promising future to the home value that you buy.

Are the condo prices falling in Toronto?

The Toronto condo apartment rates fell by CA$3,200 in the past few months. The prices of the Greater Toronto condos have slipped a little now. And as per the reports, the standard condo price fell to CA$639,400 in the month of July, down by 0.5% (CA$3,200).

Will house rates drop in the Ontario real estate market?

If you are looking for property in the North Bay area, then it is possibly one of the most reasonable places in the whole of Ontario. Whereas, the rate of the single-detached house is rising by 32.8% in the region from the past year.

« How to Turn Your Home into New Year Eve Party Zone?
What is the Cost to Build a House in Canada? »