Looks like Toronto’s real estate is on song again. And why not? The city has proved its mettle handsomely by weathering the pandemic-induced downturn. And the home sale figures recorded, complete the picture of its rip-roaring comeback to glory days again.

July 2020 proved to be a record-breaking month for the city’s realty sector as a staggering 11,081 home deals were registered. According to the Toronto Regional Real Estate Board (TRREB), home sales leapfrogged by 29.5% compared to the previous year while average home prices went upwards by 16.9% $943,710.

The colossal home sales in Toronto in the month of July corroborates the pent-up demand for homes as real estate business was stuck in the rut during the months of April and May due to the nationwide lockdown. Unlike previous years which had seen a dip in home sales during this time, July 2020 saw a completely different picture where people scoured for homes and even involved themselves in fierce biddings to grab a good deal.

With the country entering Phase 3 of unlocking, real estate activity peaked with more and more homebuyers doing open house tours and putting homes on listings portals which translated to more transactions. The warming up of the economy allayed the fears of homebuyers who entered the property market in droves, downplaying the long-term financial impact due to the pandemic.

On the other hand, an increase in foreign capital spending in the Greater Toronto Area has given an impetus to consumer sentiments about market growth and resilience. Big banks of Canada including the Bank of Canada have also instilled confidence in homebuyers by keeping interest rates low.

While properties around the central core of Toronto registered tremendous bookings and saw bidding wars, several homes in suburban/cottage country areas around Toronto saw a strong uptick in sales as people seek better living conditions in the lap of nature with access to fresh air and avoid the risks of getting caught in the web of the pandemic.

The need for a separate workstation and at the same time maintain proper social distancing with neighbors prompted homebuyers to come out of city limits and scour for homes in the expansive suburbs. Recent stats indicate that municipalities in the Greater Toronto Area have witnessed sales go up by 40%, signifying a shift from dense cities to the carefree suburbs.

One can easily quip here that the real estate market of spring has materialized in July and that the flaccid market is again heating up to red-hot proportions as pent-up demand, limited inventory, low-interest rates and burgeoning confidence of homebuyers become main drivers of Toronto’s property market. 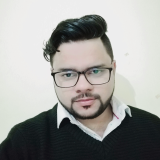